“There is no fight against what is new.” Blake Abbie interviews the designer for Document's Spring/Summer 2015 issue.

After having worked alongside Nicolas Ghesquière at Balenciaga, Julien Dossena began at Paco Rabanne shortly after he left the Kering-owned brand. Sharing a similar approach to futurism, Paco Rabanne was the perfect fit for the designer. And as creative director, Julien is reenvisioning the brand for a new generation—the girl of today.

Julien Dossena: At Paco Rabanne, we essentially had carte blanche to do what we wanted when I began at the house in 2013. We wanted to recreate the brand in a new direction. We had an idea of something really fresh and treated it like a new beginning. But then on the complete opposite end, we looked through the archives. And in our ‘laboratory,’ we looked at the core values, focusing on the radical and conceptual side. For a couturier, Paco Rabanne’s vision was extremely modern for the era. In France in the ’60s, there was a sort of cultural revolution—aesthetically and socially. And with the strikes in May 1968, there was a new generation of opinion leaders— in art, fashion, and music— who spoke to this a generation of creatives. We tried to find a balance between this conceptual and radical aesthetic with a wearabilty, for clothing that women can wear everyday.

Blake Abbie: Do you feel another global cultural change?

Julien: There’s definitely a complete cultural shift nowadays. There are connections between all parts of culture. In the past, people read and went to exhibitions to ‘culture’ themselves, but only some people knew about fashion—it wasn’t easy to follow. Now everyone has access. And in a way people react immediately—instinctively—because of the past references that flood our memories. People understand the codes of the house and can ‘re-ingest’ certain expectations. Now, things are much more open and democratic.

Blake: Maybe that’s the reason why sportswear is growing in popularity with many brands. You took Paco Rabanne, and changed the perception that for a French brand, a designer could only make beautiful chic clothing.

Julien: Exactly. It works really well and has been well received. It’s very accessible, which was our initial intention. There is an immediate response to this concept, from clients, from the press, and the Puig Group who bought the brand in 1969. We’re very happy about it, happy to have something that is ‘referenced’ but at the same time new and innovative. There is a new landscape of fashion in Paris—now for about a year—which for me is very much more interesting. It’s much more at ease.

Blake: And you were one of the first to make a change. It’s now been two and half years that you’ve been at Paco Rabanne.

Julien: At the beginning, I felt a little alone. But in the two years that have passed, everything has changed in Paris. At this time of globalization, it’s interesting to have a new opportunity to create a business model, a way to work, a way to sell, a way to communicate, and create strategies that open to new opportunities. It gives a new hope.

Blake: Is it important to work with the new creative generation of stylists, photographers, and models?

Julien: But I also want to work with people of older generations. I learn so much from their experience, from the pitfalls and problems they’ve encountered along their way. But when we speak of new ways to do things, people of my generation—stylists, photographers, even different newspapers and magazines—there is an instant understanding, communicating, and discovering. It comes very naturally and instinctively. There is no fight against what is new. There’s a new generation in Paris, whether in fashion, music industry, or even literature. I learn a lot from my friends who don’t work in fashion, the way they approach their own discipline. It’s dynamic. There are more and more models in Paris too. Ten years ago it was a nightmare to organize a shoot. But now more girls are coming to live here which is great for us. There’s definitely a shift between New York and Paris.

Blake: The definition of what French fashion is has changed.

Julien: The girl I want to dress is a girl from my life, a friend. That’s someone I can imagine in my clothes. She could leave a show and wear an outfit on the street and fit in. This is how I work. I want to make ‘living’ wardrobe for any woman— the girl of this generation. 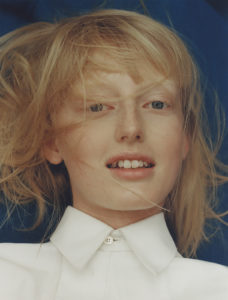 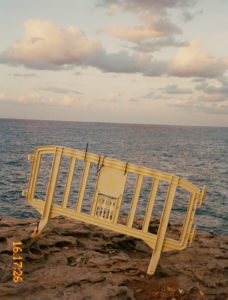 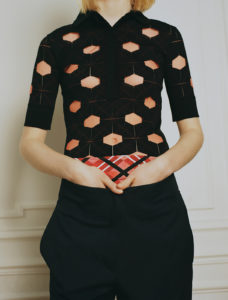 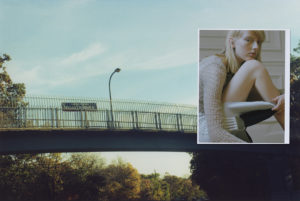 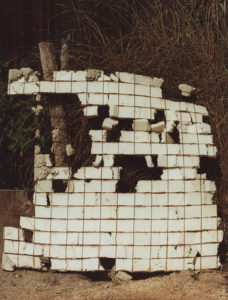 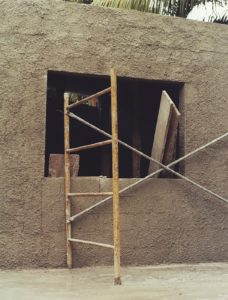 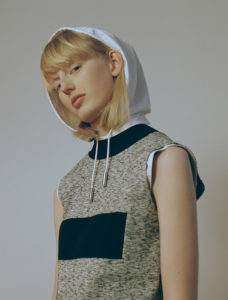 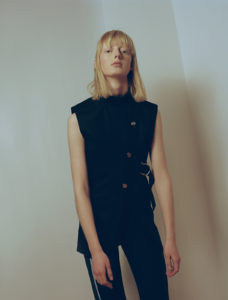 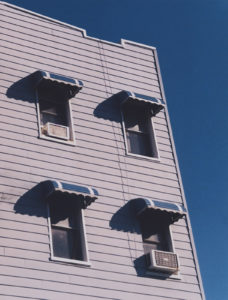