“Deseret” is the Mormon word for “honeybee,” and was used by Joseph Smith as a metaphor for cooperative relations, particularly with regard to humans and the land they lived on. It is a word that describes a sense of place, a poetic augmentation of desert (and its barrenness), into something more. It is a place found in Katherine Hubbard’s new series of black and white photographs, “Four shoulders and thirty five percent everything else,” now on view at Capricious 88.

For over a century, Utah’s sparseness (and the psycho-density of its landscape) has attracted numerous artists, many of whom have sought to capture its complexity—or change it, as Robert Smithson did with “Spiral Jetty”—to varying degrees of success, from the state’s first photographer Marcena Cannon to filmmaker James Benning. In response to this landscape and the complicated art historical discourse that has emerged around it, Hubbard’s new body of work explores both Utah and photography itself, querying what it means to take a photograph of a place.

Setting up two opposing cameras in a desert campsite, for example, Hubbard photographed herself, creating a number of diptychs that split a moment in time into separate angles and images that interrogate how the human figure is set in relation to landscape. Other photographs, like “Untitled (opposing sight invert),” 2014, use double exposure to draw out the tactility of desert mountains, creating, in some instances, an uncanny, almost three-dimensional effect to the silver gelatin prints. In her presentation of a landscape that both is and isn’t, Hubbard photographs a territory that never was in a state that is.

“Four shoulders and thirty five percent everything else, which opened earlier this month,” is at Capricious 88 until December 28. 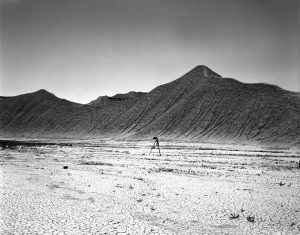 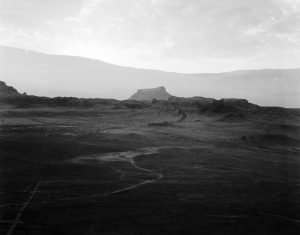 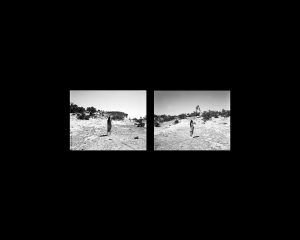 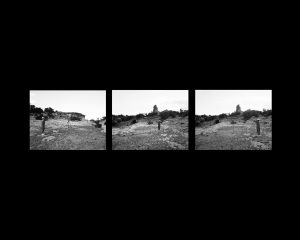 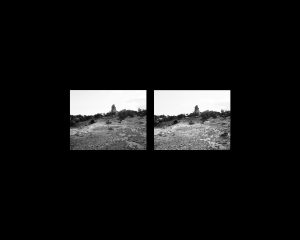 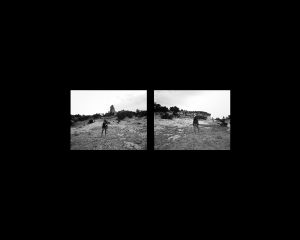 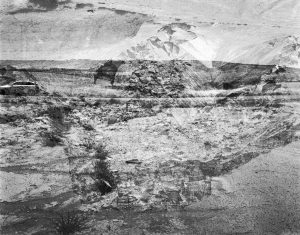