“He’s a beautiful loser,” writes Sandy Kim of Barry McGee, between full-color spreads of the pioneering artist’s photographs. “Barry can convert straight trash into something beautiful.”

The trash in question? Beer cans, rusted chains, car parts, discarded water bottles, mattresses, and cans of spray paint. It’s all printed next to old family pictures and shots of tagged walls and surfers staggered along the beach. Reproduction is the first book to compile McGee’s previously-unseen photographic practice. “Captured at all hours and around the world with whatever camera is at hand, [his] images are immediate, casual, intimate, and anarchic all at once,” reads a statement from Aperture, the edition’s publisher.

McGee is known as a graffiti artist; he’s closely-associated with San Francisco’s Mission School—an art movement of the ’90s and early-2000s, influenced by murals and urban folk art, rendered with non-traditional materials and found objects. McGee, who tagged under the name Twist in the ’80s, was one of the first street artists to venture into the gallery space.

It’s a complicated position to occupy: a conveyor of subcultural expression, who translates a craft once looked down upon into something palatable to the fine art market. McGee’s work toes the line between bringing street art to the public eye—thus lessening the stigma that comes with it, as well as the criminal convictions—and dulling the message that it’s rooted in dissent. New York’s so-called War on Graffiti was at its height during the ’80s, and the practice was exploding across California—San Francisco in particular. Neighborhoods like the Mission were heavily populated with recent immigrants, and gentrification was creeping in. Street art was an act of protest, and of claiming space, “They did everything right… everything illegal,” McGee once said of that era. “Graffiti is healthiest as a movement, thousands of youths all working on bringing the system to its knees.”

These sensibilities are clear to see in the pages of Reproduction. McGee’s photographs are raw, maybe derisive. Their artistry is firmly situated within the object or the subject, rather than framing, technique, expensive cameras, or tricks of light or color. It’s the spirit of graffiti, distilled into a different medium and reflected back again. “These pictures urge the imperative of looking at and accepting what the street reveals,” writes curator Sandra Phillips. “There is plenty of humor, yet also pathos, even tragedy, and a sympathy for the thrown-away, the cast-off, the junked.” 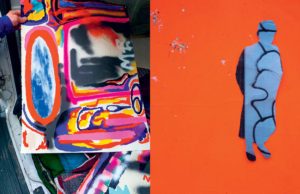 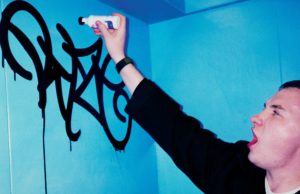 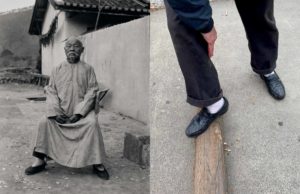