Each copy of artist Theusus Chan and publisher Gerhard Steidl’s book bears its own unique errors, displaying the art of the accident

Accident as a means to beauty is widely accepted and rarely utilized, especially in regard to printed matter. STEIDL–WERK No.30: KUNSTHAUS GÖTTINGEN displays the imperfections that emerge from the process of bookmaking, emphasized to the point that they are redefined as art themselves. Each book—of the 650, printed in limited edition—bears its own unique errors, a concept generated between graphic artist Theusus Chan and renowned publisher Gerhard Steidl on a 15-minute train ride.

WERK No.30 derives its name from the Singaporean artist’s studio WORK, taking its German spelling not merely as a tribute to its Göttingen-based publisher, but for the ‘we’ within it; it’s a reminder that everything is a collaboration, between man and man—and in the case of WERK No.30—man and machine. The printed anarchy that defined the project was born from subversions of process: ‘make-ready’ sheets typically discarded were repurposed for binding, water on the press was shut off to generate denser and less predictable color patterns, and standard CMYK colors were swapped for fluorescent variants to expand the color space.

The adoption of technical, chemical, and optical accidents was central to the philosophy behind the book, which culminated in its making via what Chan and Steidl call “reverse engineering.” The technical features usually interfered with were allowed creative freedom, which introduced new territories for exploration that its makers may have never considered. Says Chan in conversation with Steidl: “Because of the accidents, because of the malfunctions of the machine, we can create new things. Make-ready is no longer garbage.”

The result is thick, vibrant color on massive paper. Some of its perforated edges are not yet torn and, when opened, they smell freshly printed—alive, almost. Perfection is distinctly relative and often considered a faraway quality, built from an unattainable type of control. I imagine it to feel something like this book. 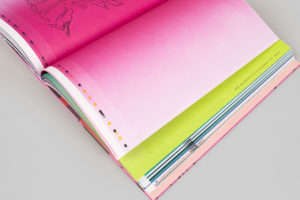 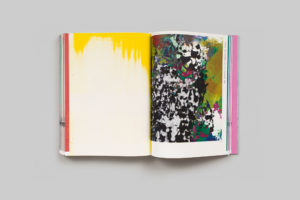