On Fifth Avenue lives an 1854 Romanesque Revival Protestant church, with a Gothic trim and Tuckahoe marble. The main hall is dimly lit by chandeliers, and their glow reflects off a shining pipe organ; whispers fill the air as someone softly plays it. Everything is either gold or burgundy, apart from the stained glass windows displaying scenes from the Bible. It’s the last day of New York Fashion Week, and the Marble Collegiate Church has become home to Willy Chavarria’s congregation.

Chavarria recently won the Cooper Hewitt National Design award, thanks to his signature boxy garments, larger-than-life silhouettes, and luxurious interpretations of classic Chicano style. His Catholic upbringing in a small, semi-rural, immigrant-heavy town is at the forefront of everything he does; he only casts people of color, champions equality, and draws inspiration from his community’s aesthetics.

Last night’s presentation, called Please Rise, was structured in acts. It opened with Phase 1: The Seed is Planted, in which perfectly-chiseled models carried bouquets to the altar in oversized white t-shirts and Dickies. This ensemble—part of Chavarria’s collaboration with Pro Club—is the uniform for Los Angeles’s cholos and cholas, now elevated and placed in divine context. It’s a celebration for those within the culture, and an awakening for others who fail to acknowledge the style.

Another model, holding a small wooden crucifix to his heart, kicked off Phase 2: The Blossom, and Phase 3: The Judgement. The cast strutted between church pews and under the altar’s arch, entering from one door and exiting from another. They wore oversized but structured formal attire tailored down to the intricate details, simple apart from the occasional ornamental rose or accentuated collar. Moments before Chavarria walked on stage and made the sign of the cross, the electronic soundtrack turned into gospel, closing off the sermon of design. 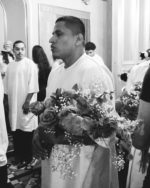 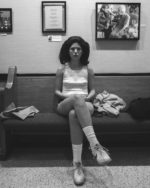 Ahead of the up-and-coming designer’s Fashion Week presentation, Chavarria met with Document to talk about the inspiration behind his Spring/Summer 2023 collection, the rise of Latine aesthetics in pop culture, and his place within the Chicano and fashion worlds.

Madison Bulnes: You recently launched Big Willy Love Club, an exclusive NFT and NSFW membership. How do you see this digital space in relation to your namesake label?

Willy Chavarria: The Big Willy Love Club is a new dimension of the Willy Chavarria brand. It’s a door to a more intimate experience with me, as the creator, and with some of the special projects created with my team. It’s a new playground where we can create and release projects for our global family.

Madison: There’s been a rise of Latine aesthetic in pop culture—things like lip liner, Old English tattoos, boleros, visits to Mexico City, turning Catholic. How do you feel about this, and how does it affect your creative practice?

Willy: I have thought about this at length. I feel partly responsible, along with other high-profile Latinx artists and creators. I was the designer to share the influence of Chicano culture on fashion in the most elegant and reverent way. Perhaps I contributed to this trend.

The Chicano influence in fashion has become a trend, [and] I hate trends—they minimize the importance of the origin. But, whatever—people take fashion too seriously sometimes. I think people should wear whatever they want.

It does affect my creative practice, in a really good way. I never wanted to be pigeonholed as a Mexican-American designer doing only Chicano-esque work. I am a designer who wants to constantly evolve to a [level of] greatness I may never achieve, always developing my vision. 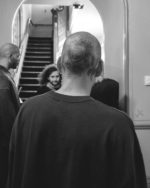 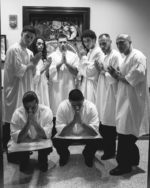 Madison: Your recent promotion for Spring/Summer 2023 had religious aspects to it—the 3D cross embedded into a khaki maxi skirt, Jesus hanging on the cross, prayer emojis. Will this theme continue to show up in other garments? What role does this imagery play?

Willy: [This season], we are focusing on the battle between good and evil—with good prevailing over all. This will continue throughout the collection. I am personally a bit religious, spiritual. I like the traditions and the guidance the story of Christ [provides]. I believe in good and evil—it’s all around us always. My next collection is about rising above.

Madison: Is there a narrative, or major source of inspiration, behind this collection?

Willy: While each of my collections may have a story to tell, ultimately they are simply evolutions of my craft––each year growing closer to the climactic fullest expression. There is a photo of artist Xavier Aguilar captured by Brent Chua that I love. I used as inspiration for this collection. It captures the past, the future, the pain and the beauty amidst the darkness of humanity. It also taps into a spirit world that is a red thread throughout the collection.

Madison: I’m a huge fan of videographer Moni Haworth and makeup artist Selena Ruiz, who worked on the collection’s promotional images. What was it like working with them, and the creative director Jess Cuevas? What about their approach felt suited to this line specifically?

Willy: It was a dream. All of those people are such great talents and such dark souls. I am a big believer in freestyle creativity, and these works are a gorgeous example of creatives coming together and just rolling. I was an only child—I was never a musician, and I never played sports, so I never quite learned the skills of fluidly coming together to develop ideas with other people. I learned it later in life, and now I love it. Coming together to create with this crew was magic. 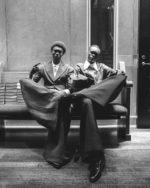 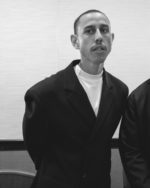 Madison: What was it like deciding to pursue fashion, coming from Huron, a small city? How does your path in breaking into that world feel different from those of your peers?

Willy: I was a bit introverted as a kid. My imagination was my best friend. I fostered it and fantasized about living in a world that was filled with beauty and amazement. Movies and magazines showed me things I felt connected to. I always knew I would be a designer of some kind. I desperately needed to create big things—it was a calling from God. I had no choice. My peers had different ideas of what they wanted for their lives. They wanted security, simplicity, and children. I leaned more towards chaos and risk.

Madison: How do you embrace yourself and your work within Chicano culture?

Willy: My style has always revolved around people—everything that I’ve brought to the fashion world started within the community. I was constantly inspired by the people in my world when growing up: what they wore, what they chose to do. It has always been important to me to incorporate unknown or underrepresented people into my work. My Chicano background has been a strong influence on my vision of refined beauty in fashion. For me, there is nothing more elegant than a pressed white t-shirt with oversized creased khaki chinos. I think that is something that has been carried consistently throughout my work. So for Willy Chavarria, as a brand, it’s easy to be very literal with that. These codes of style, rooted in the zoot suit era of the 1930s have evolved and modernized, but still have the same claim to a cultural identity. 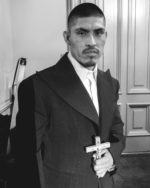 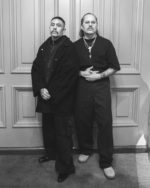 Madison: As a minority in the fashion industry, do you feel that people expect political work from you? Your shows, castings, and designs incorporate messages of social justice—do you think creatives have a responsibility to make work that carries meaning of this weight?

Willy: We are all touched by politics, whether we want to be or not. Our lives are being decided by those in power, and we are all deeply affected by this. Some designers avoid the subject entirely, simply because we are exhausted by it, but I try to present a vision of strength. When it comes to politics between Mexico and the US, I am in support of open borders, for sure. The horrors of what the United States has done to families and children are devastating. I don’t want to ever be so idealistic that I don’t recognize the darkness. I want to empower us to become better.

Madison: How do you imagine you, your designs, and your brand will continue to evolve?

Willy: I would love for my brand to grow to a point where I could hire a design director, and I could go on to work more in film. I think film is the next stage, as I find it extremely interesting. I love what I do with fashion, but I want to have a great positive impact on culture, and not just reflect it. 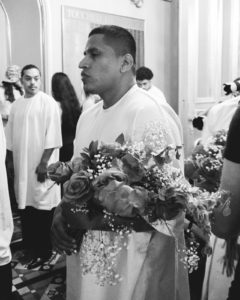 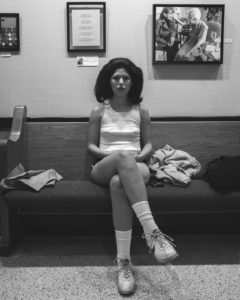 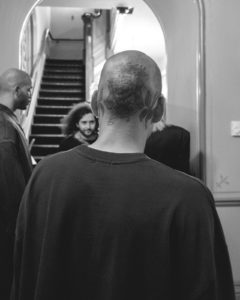 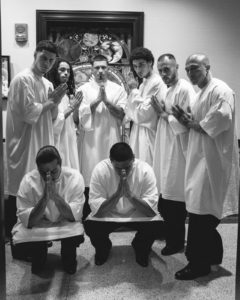 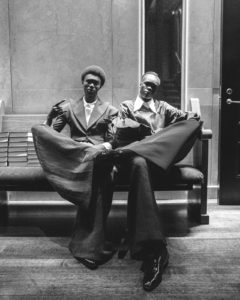 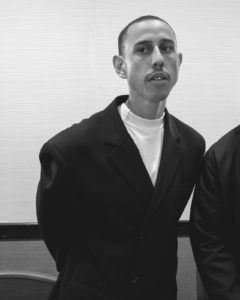 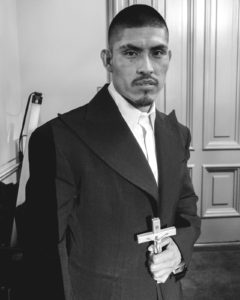 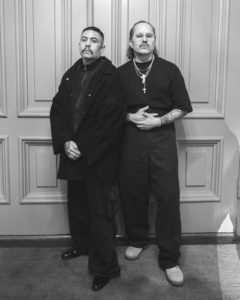 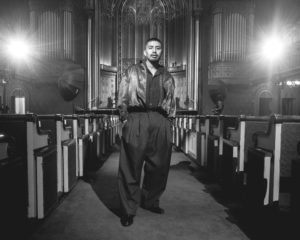 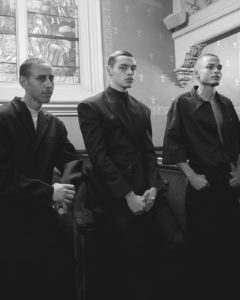 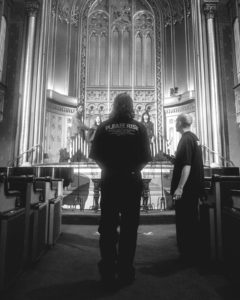