When I landed in Porto, Portugal from Los Angeles, my host Kiki let me sit with her during her first cigarette of the night. She’s in her late 40s, and grew up the child of radical leftists on a small island far away from what we know today as Portugal—though it’s something like a Portuguese colony. I’ll be honest that when I learned I was traveling to Porto to shoot photos at a music festival, I knew very little about the country, but I did try my hand at learning before my arrival.

I pored over the links that appeared when I’d type questions into my search engine like, “Where are the queer people in Porto?” I found a few articles in travel magazines about Pride events that happen annually now, but mostly LGBTQ-friendly listicles written by foreign real estate agents who wanted a particular kind of wealthy, gay American to buy homes there. This would come up as I met locals like Miguel, a 26-year-old queer bartender at Porto’s oldest bar—more and more people are moving from out of town with their remote jobs and their out-of-town salaries, which locals can’t compete with, creating new waves of displacement that look a lot like the waves of rapid displacement happening in large cities globally.

Kiki, like most queers I met who didn’t live with their families, is a renter, meaning her home is implicated in this transition. At the request of her landlord, she put up a “for sale” sign in her front window on my second day there. Her home is filled with collections grown organically, something possible only when you aren’t packing up and relocating every few years. A lot of queer people leave Porto if they’re able to, and I’m beginning to piece together that Porto is technically queer-friendly, like the listicles I found earlier suggest—but queer and trans people native to the city are likely some of the first people impacted by the new gentrification.

I learned from Kiki that Portugal, now a socialist democratic state, was until very recently a fascist state. Operating as a corporatist dictatorship which prided itself on being the best colonizers (no joke) with the most traditional Catholic values of any European nation, Portugal was under an oppressive regime—one that Kiki remembers well—from 1933 to 1974. This regime maintained that Portuguese people were the lowest paid workers with the lowest literacy rate in all of Western Europe. It wasn’t until 1986, 10 years following the military coup by a leftist military group that led to the fall of the regime, that Portugal would see rights for agricultural workers and the end to laws that made simply being gay illegal. Real change for queer people in Portugal wouldn’t happen until 2001, when Parliament approved a law that recognized cohabitation “regardless of sexual orientation.” Within the next decade, Portugal would go on to become one of Europe’s first nations to legalize same sex marriage and create systems that acknowledge and support gender transition and gender variance.

The context Kiki gave me helped me to make sense of my difficulty using a search engine to learn about queer culture in Porto—the now-liberal state is still largely Catholic, and the history is fresh. When I asked her where I might find queers, she laughed and said, “Good luck with women, but the men are out everywhere,” and gave me a list of bars to try. By my third day in Porto, I had a list of 12, but always found myself being invited by the queers I met out to the same spot: Ferro Bar, which stays open every day of the week until 6:30 a.m. A safe haven for working-class young people, you can get off work at 1 a.m. and still make it to Ferro, where you’ll link with groups of queers doing the same exact same thing. This is where I met Rita, a twenty something-year-old architecture student who took minutes to convince that I didn’t need her friend group to walk me home when the night was done, and got me to put my cameras away to climb into a fountain with her just hours before my flight home.

Despite being the second largest city in Portugal—at least as far as population is concerned—Porto is an incredibly small and unbelievably beautiful coastal town. Its cobblestone streets lead you up and then back down steep inclines, and you’ll pass by ornate 16th-century structures regardless of where you turn. On my first night walk, it became obvious to me that there are queer people in Porto. It isn’t possible to walk a few blocks without seeing gender expansive people, or two queers holding hands. I told a local journalist that I was photographing queer people in the city, and she pointed me towards a bar that has some of the only drag shows in town and is owned by a trans woman named Roberta. This is big, because the trans community in Porto is tiny. I headed for the bar around 1:30 a.m. that night, hoping to meet Roberta. No luck—I wound up at the wrong place with the same name. This is where I met Miguel, who would take me in for the next few days and allow me to photograph them and their partner, who they’ve known since they were just a kid.

Each night that I found myself with strangers, I couldn’t help but to repeat myself; it became a dance. I’d start with, “It feels so safe here, I sort of can’t believe it,” which would be received by a head nod. Following the nod, someone might share something like this: Gay marriage is perfectly legal (everyone was shocked to learn that it became legal in Portugal years before it did in the States); no one goes out earlier than 2 a.m., so you don’t need to worry about walking yourself home alone at night; and it’s totally safe, usually, for queer people to be out and together in the world. I was also taught, while sitting knee-to-knee with a group of new friends outside the steps of Ferro Bar, that homes in Porto are much more intergenerational than they are in Los Angeles, which can complicate things. Despite the city being largely liberal today, older generations aren’t typically quite as open as their born-after-the-dictatorship children. Asking to see the home and life of a new queer friend is a lot different than I imagined, and in many cases, not possible. It makes sense that, if you want to build community with other queers here, you’ll probably have to go out past midnight.

The queers that I met in Porto are some of the most generous people I’ve met in my life—generous with their time, their resources and connections, and their personal histories. Being the children of parents born into a dictatorship, who watched their government crumble, then rebuild as something totally different. A search engine filled with listicles cannot tell a story as nuanced as the one that queer and trans people live here. Every queer I met was organizing towards something—for homes to be listed as landmarks so they can’t be sold to developers, for the trans pride flag to go up in the city center (and it did!). Organizing to make sure everyone gets home and has everything they need. It was leftist student groups that were the first to organize seriously against the dictatorship in the ’60s, and though the written telling of this story doesn’t acknowledge that these groups were populated by queer and gender expansive people, I have a difficult time believing that they wouldn’t be. As an American whose Pride Month commemorates and honors the trans women that lead the 1969 movement against the racist, homophobic police in New York City during the Stonewall Riots, these histories feel undeniably connected. Being queer has historically been a direct and material resistance against fascist statehood.

If you walk in any direction for long enough in Porto, you’ll eventually find yourself sitting at the bottom of a hill at the Douro River, which connects Porto to the districts of Bragança, Guarda, Viseu, Vila Real, and Aveiro. I thought about this as I sat facing away from the water, learning to roll a cigarette with Miguel and their partner. We were talking about queerness in each of our cities—the histories of resistance, and the dozens of new ways we teach one another to love despite the impossible circumstances. As this river at the bottom of the city connects many places, our histories work similarly to connect us to one another. That, we agreed, is a legacy to be proud of. 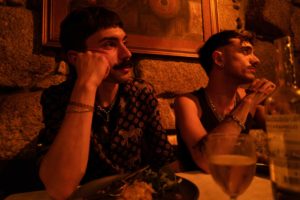 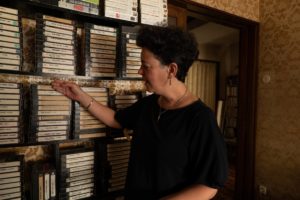 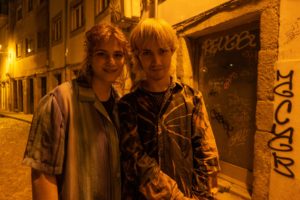 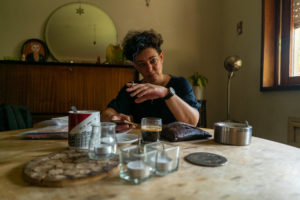 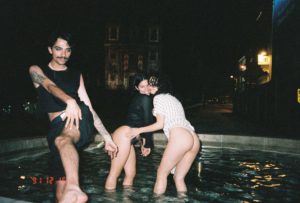