Photographer Lorenz Schmidl captures the human desire to be seen—as demonstrated by New York’s most overlooked faces, and their eccentric alter-egos

New York City’s reputation of free expression has long attracted people fleeing conservative hometowns and familial traumas. It is the city where one’s truest self thrives, even when it manifests in atypical ways––for instance, as a mermaid, medieval knight, or unicorn. Lorenz Schmidl is keenly aware of such eccentric personalities––the Austrian narrative photographer has been immortalizing them for the last two years. His first published project, #4326372, is a tribute to Model Mayhem, an early-2000s site with a fake ad-infused and virushub design where models connect with artists to expand their portfolios. After joining as member #4326372, Schmidl found a captivating crowd of “normal working people who [had] the courage to author their own fantasy.”

In the book’s introduction, Schmidl writes, “I came to learn that being seen is very important in America. And I thought a lot about the people I passed on the street who didn’t possess traditional star-making qualities. The people with clipped wings who couldn’t gain velocity of flight through the machine of marketable beauty.” With #4326372, those angels are given a spotlight that allows their noncomforming psyche to shine, “free from the judgment of real life interaction, and the bruising constraints of likes, hashtags, and followers.”

In unbalanced, theatrical photographs, Schmidl captures the grit and rawness of his model’s realities. Their faces are impassive, carrying the weight of emotion in just their eyes. They stand bare in their homes, encompassed by personal identity shrines, flaunting a fiery desire for the camera. It’s a highly collaborative project, honoring those who are often obscured.

For Document, Schmidl offers an exclusive preview of #4326372, and gives insight into the absurdity of Model Mayhem, his interest in peculiar people, and the “contemporary yet multigenerational anthropological study of people’s intense desire for documented cosplay.” 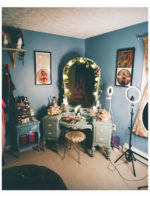 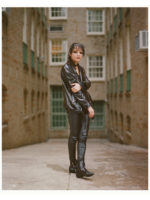 Madison Bulnes: Can you tell me how this project was conceived?

Lorenz Schmidl: I’m not that guy who hangs out in the young, trendy scene in Brooklyn, [with] semi-celebrity friends who I can document. I have a love-hate relationship with Instagram. It really damages me, because I’m constantly surrounded by competition and I struggle to handle that. But I figured out [it’s] a way to find subcultures. I started diving into that more and more, and realized social media itself is a subculture. Within [social media], you’ll find different groups of people, different groups of characters. I was thinking of [using] Instagram [for this project], but thought it might be too simple. I needed to find a different source for a collection of interesting people. I’ve looked through all sorts of things—Craigslist, fetish websites, and so many online portals. Then I found Model Mayhem.

I realized there are two categories of people on that website; there’s the model looking person [and the] really odd character, who makes you think, Why are you on the website? You’re not one of them––you’re older, or very small, or really big, or unexpected. As vain as I was, I thought this website was only for models. But I came across so many more interesting faces and characters. I spent a ton of time [on there] and I found this collection of people that all have an alter ego.

I got myself a huge file together with notes about each of those characters––the most important thing being their membership number. That’s the key link. First, I approached them by email. It’s tough because they don’t let you into their home. They think you’re just one of those weirdos who just want to take advantage of them. I really had to fight for it. Sometimes it took me meeting them outside their home environment, to get to know each other. Then, they allowed me to photograph them, but they didn’t want me to come into their house because it’s a bit weird. I’d go through a few rolls of film and as soon as they [started] to trust me, they allowed me [into] their home. To me, that was the most important part, because then you see their real face dressed by their alter ego, in their home environment.

It took me two and a half years to get that selection of people together. It’s an ongoing thing because this website exists worldwide. It’s not only New York and surrounding states––it goes all over America, into Europe and Eastern Europe. It’s amazing. I can keep [the project] going for years. 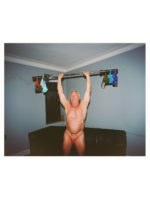 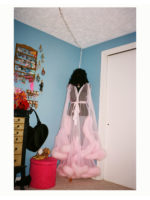 Madison: What qualities were you searching for when deciding who to photograph in your project?

Lorenz: Oddity to me was the most attractive, the most unexpected––when I looked at someone’s profile and asked, Why? That’s how I narrowed [the models down] and approached it. I think oddity is the keyword [here] and I wanted to celebrate it. I wanted to feel happy with the people I photographed, I needed to feel happy about the approach.

Madison: Do you think the models were happy with the shoots too?

Lorenz: They felt alive, and I photographed them how they wanted to be photographed. Sometimes they told me I added certain ingredients to the photo that they found funny, but not in a sarcastic way––they genuinely enjoyed it. That was the nicest feedback I got out of the project.

Madison: If you always knew you wanted to do documentary photography, why did you start out in the fashion industry?

Lorenz: I grew up in a mini village in the Alps in Austria. To make a living from photography there, it is only possible in the field of sports, political events, or shooting for the newspaper. The pay isn’t very good either. I had a job already, I worked in an engineering background that I didn’t like very much, but it was bread and butter.

My girlfriend at the time got scouted as a model. She went to Paris and told me that people are working for photographers and getting paid for it. I wanted to dive straight into the cold water and learn. The first person I contacted was a really bad German catalog photographer. He figured out I had a lot of handy skills he could take advantage of and he didn’t pay me very well, but I immediately started traveling. We did long trips to Kenya, Mauritius, and a lot of places. I don’t want to say I fell in love with this kind of fashion photography, but I really got to understand that if I push myself I can get to a level of photography within fashion that is more attractive to me––the type that finds a documentary angle.The first real documentary work I’ve done is what you’re looking at right now.

Lorenz: As soon as you find an outlet where you’re able to express your deepest wish within that media is, to me, making it. It could be music, writing, directing, photography. As soon as you get the chance to show something you can actually talk about with passion. The majority of work you have to go through is commercial, and you have to compromise. It’s not always 100% your work.

[This project] was not affected by anyone else’s creative vision. It is purely what I wanted to do. This is how I wanted it––it’s my layout, my words. I don’t want to say I made it as a photographer, because there’s a million more years to go, but I’m so proud that I made something I can finally talk about.

Madison: Did you have a message you wanted to convey with this project?

Lorenz: Be yourself and celebrate yourself whenever you can, and as much as you can. 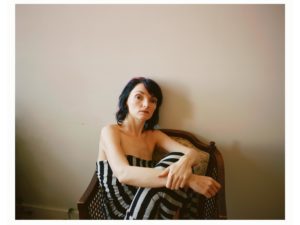 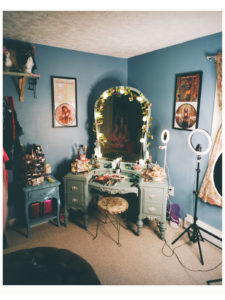 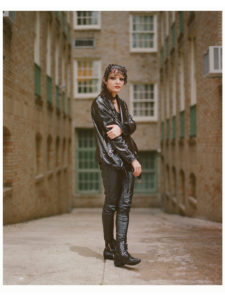 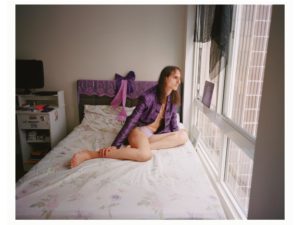 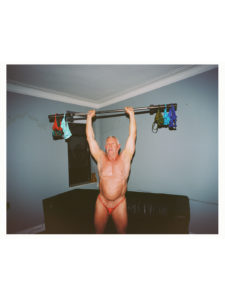 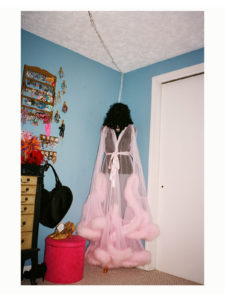 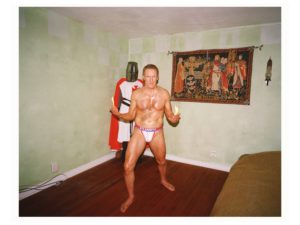