The symbol of the star is saturated with meaning—celebrity, astrology, fate, divinity, and destiny. Pop-polymath Grace Ives got a star stick-and-poked onto the back of her leg, but just because she liked the shape of it. Since its permanent application onto her body, however, she’s derived new meanings for the form. Some of these meanings appear on her latest album.

Janky Star sees Ives in an evolved state, both sonically and ideologically. The addition of a guitar and piano with layered vocals makes for a fuller sound than her previous albums, while still allowing for the laconic stylings signature to pop. And though she admires the simplicity of yearning ballads that ask questions like, Why doesn’t he like me back?, Ives traverses more complex, adult themes in Janky Star. Just as the reality of a star is very different when seen closely than it is from afar, Ives takes a wide-angle view of herself; from near-death experiences to hard drug dependency to bed bug infestations, the tracks traverse the intimacies of her life with as little bias as one can possibly achieve in self-examinations.

The Brooklyn-based musician joins Document to discuss the making of the album, the many meanings of a star, and the joys of growing up.

Grace Ives: [Reveals a janky star on her calf.] It’s so bad.

Megan: Was there any meaning behind it when you got it? Or did you ascribe meaning to it after the fact?

Grace: I think I ascribed meaning to it after I got it. There’s something there—like, it’s a shape that we learned to draw so young, and it’s kind of a hard shape to draw. It’s like a snowflake in that it’s always going to be different. There’s almost too much meaning. What is a star? It’s an icon in the sky, something that keeps you going, something that is watching over you, something that you wish to make wishes on, something that you pray to. But I think that I got the tattoo because it is a beautiful shape. I love seeing it in all of its different forms. It can never really be the same.

Megan: And in the album’s press release, you interpret stars as these multifaceted things that carry different meanings at different distances. Do you think that applies to the approach you took to the album, which felt very self-examinatory–like, looking at yourself with that kind of distance?

Grace: I did write most of it in those isolating times, which were really quiet and really lonely. And I wrote most of it, also, before I started going to therapy. I think I was doing a lot of that work for myself, and using writing as a way of solving some of my harder memories, or solving some of my feelings that I can’t quite name. In the past, I never used songwriting—or I used it very infrequently—as a way of journaling. It was more of a distraction.

Megan: That sort of intimacy always feels very tied to particular moments in time. Do you already feel distant from who you were when you wrote it?

Grace: Totally. There are these memories attached to each song, but the memories feel far away. Even when I was singing about them, I was singing about memories that were far away, nothing was ever really in the immediate moment. Like, ‘Isn’t it Lovely,’ I can see a visual, like a vacation gone wrong—drinking and drugs and whatever. I think that there’s a nice distance now, where I’m like, ‘Okay, I did it, I addressed all my shit.’ Now I’m ready to make more music. For me, it feels like the songs are five years old. I mean, I love them, but time has created that distance where I can kind of look at myself, like a star. 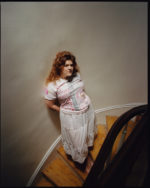 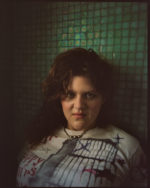 Megan: There’s this artistic trope, or even expectation, that trauma is good grounds for great art. This album feels like there’s a certain maturity to it, that’s attempting to move past those traumas. Are there any ways in which you feel like the opposite of that trope is true?

Grace: I feel like good art comes from truth and honesty. And it doesn’t have to be like, ‘Oh, I broke my ankle, and I couldn’t work for a year,’ or, ‘I couldn’t stop drinking.’ Some of my more fun songs just come from the joy of creating in the moment. There are so many other outlets, like journaling or talking or drawing or painting or music. If that’s your outlet, great, but I think now it’s kind of like a trend of bringing people together with this, like, ‘Oh, I’m fucked up, you’re fucked up, too, and it’s cool.’ It’s great, but there are other parts of yourself that people want to see.

Megan: Do you adopt a character at all when you’re writing or performing?

Grace: When I’m performing, for sure. Day-to-day, being raised as a girl and trying to be like, so cute—that just goes out the window. There’s no, How does it look to people? I mean, there is a little bit when I’m dancing, but I think that with a lot of my self-consciousness, the way that I hold myself subconsciously, I’m getting better at with age. That goes away.

Megan: I think, with any sort of emotional vulnerability, there’s always the fear that it’s coming off as corny, especially with younger generations who are more jaded. This album sort of traverses that vulnerability. Did you feel less self-conscious when you were making it?

Grace: I was trying to leave myself out of the picture. Like, let’s stop worrying about being the coolest musician ever, the best musician ever. I put so much pressure on myself when I was a lot younger to make perfect music, best shit anyone’s ever heard. And now I’m like, It’s not going to be, so just do it how you want to do it. That’s me talking to me and, I guess, other young musicians. It’s gonna be great, because you’re great or because I’m great. And it’s gonna be cool, because I’m cool. And just accepting that. Let me do the things that younger me would have been like, ‘That is so corny.’ A more judgmental version of myself wouldn’t maybe have let myself do that. 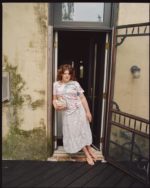 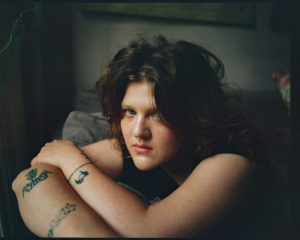 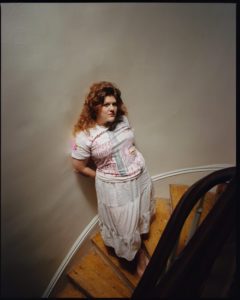 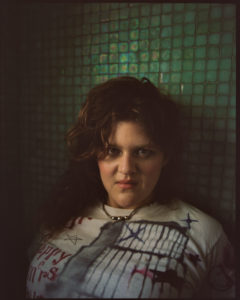 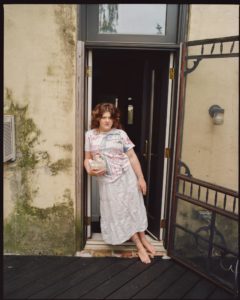