Ahead of her album release, the musician spoke to Document about astrology, writer’s block, and the allure behind sad songs

The idea that nothing lasts forever tends to send a jolt of fear, maybe panic, into most people. But for Sophie Allison, otherwise known as Soccer Mommy, the concept isn’t all bad: After all, impermanence means that neither joy nor sorrow lasts forever. She explores this notion in her third studio album, Sometimes, Forever, set to release on June 24.

Document caught up with Allison recently, to speak about songwriting, astrology, and Buffy the Vampire Slayer ahead of her album’s release.

Madeleine Beck: You started writing music and playing guitar at a very young age. What pushed you to start recording your songs in 2015?

Sophie Allison: I recorded stuff on GarageBand before, but I think it was the idea of leaving home, to be honest. It kind of gave this freedom, in a sense; you know, like, Nobody’s gonna care. If it’s bad, it doesn’t matter, I’m leaving. Nobody’s gonna know, and probably no one will even be hearing this. I felt like there was this big change coming in my life, and I wanted to start a new chapter.

Madeleine: I know that a lot of your upcoming album centers on the idea of impermanence. Did that concept come through intentionally or subconsciously?

Sophie: When I started writing, it was coming through subconsciously, for sure. But as I wrote more and more songs, it became an idea that was very obvious to me, and I wanted to focus in on it more.

Madeleine: What was your experience like working with Daniel Lopatin on Sometimes, Forever?

Sophie: It was great, honestly. I love Dan, and it was so easy and fun. Not just for me—I think everyone in the band had a really good time, too. It was just kind of everybody brainstorming and coming up with a lot of ideas and having fun. I think that’s the best way to do it—having everybody feel very inspired, that’s what you want.

Madeleine: Was it nerve-wracking to bring someone you’re not as familiar with into something that’s so personal to you?

Madeleine: I know you’ve been influenced by a lot of musicians, including Taylor Swift and The Chicks. Were there any other musicians whose sounds you were influenced by in the production of Sometimes, Forever? Because I know it went in a different direction from your previous music.

Sophie: I was listening to a lot of shoegaze and ’80s goth stuff, like The Cure, or The Jesus and Mary Chain, or My Bloody Valentine. I was really wanting to get a lot of interesting, washy textures that were beautiful but also a little ugly.

Madeleine: Which song from the album are you most excited for your fans to hear?

Sophie: ‘Feel It All The Time’—I’m really excited for people to hear that one. That’s probably my favorite songwriting on the record, personally.

Madeleine: What is the process of creating music videos like for you? How much control do you have over the final product?

Sophie: It depends. A lot of times, I kind of come up with an idea, and then we find a director to flesh it out a little more and get the right vibe and everything. But sometimes, like with the ‘Shotgun’ video, I didn’t really have any ideas, so that was mostly the director. I always like to be hands-on with stuff, to be able to say what I do like, what I don’t like. But I’m not a film person—I’m not super passionate about music videos.

Madeleine: Do you enjoy filming and starring in them?

Sophie: I find it tiresome. I’m always a little exhausted by them. I think it’s kind of weird when people have someone else in a video, [who is] not them, so I never do that. If it didn’t seem so weird, I would absolutely do that.

Madeleine: I read that you recently became a first-time homeowner—congratulations, that’s so exciting.

As someone who spends a significant amount of time touring, what is the importance of home to you? Is it more conceptual or physical?

Sophie: I think physical. I spend a lot of time touring, but when I do come home, I don’t really do anything. I’m kind of a homebody nowadays—I just hang with friends and chill. It’s very important to me to have that kind of space to keep all my stuff, and a place to come home to that feels comfortable.

Madeleine: You rose to fame through predominantly sad songs. Do you think that there’s any subconscious pressure to write sad lyrics for your fans?

Sophie: I just write what I’m feeling. A lot of times, the sad things or the frustrating things are what I struggle with, so they require me to try to work through them, which is when I end up wanting to write. I don’t feel any pressure to write something that’s overly-dramatically sad just to appease people.

Madeleine: When you have writer’s block, do you have something that you usually do to get past that?

Sophie: I think the only thing that can really get you past it is time. Eventually, you’re going to get a new idea that excites you. But I like to try changing tunings around and seeing if I can get any ideas from that. It puts you in this place where you can’t go to automatic chords that you know, or ideas you’ve had before.

Madeleine: I read about your Buffy the Vampire Slayer window sticker and keychain; I recently started rewatching it, love it. Is there a character from the show you feel like encapsulates your personality?

Madeleine: I had a feeling that you were gonna say that [laughs].

Sophie: I hate him so much [laughs].

Madeleine: I was thinking about how I’m kind of like, I don’t know, Buffy sun, Willow rising. A combination of characters.

Madeleine: I feel like you strongly identify with being a Gemini. What are your big three?

Madeleine: I should have seen the Scorpio rising coming. I’m also an Aquarius moon. Do you relate to your chart?

Sophie: Definitely. I mean, I like to read up on my stuff. I think it’s a good way to learn about yourself, and reflect on yourself a little bit. Obviously [I relate to] my sun, but with the [moon and rising]—I think it’s like a ‘full picture’ type thing, and it really does read you a little bit.

Madeleine: What kind of things do you like to do outside of music?

Sophie: I like to read, watch TV shows—a lot of fantasy and sci-fi stuff. Obviously, playing music, but that’s not surprising. I like to go look at stars a lot, I really like stargazing.

Madeleine: Do you have a favorite book?

Sophie: I don’t know if this is actually my all-time favorite book, but one that I read a little while ago—probably years ago—that was just so amazing that I recommend it to everyone, is Secret History.

Madeleine: [Gasps] I was literally just thinking about that book, because I’m reading The Goldfinch right now.

Sophie: [Laughs] My sister is actually reading The Goldfinch right now, as well. I haven’t read it, but I definitely should, because Secret History is so amazing. I’ll borrow it from my sister when she’s done. 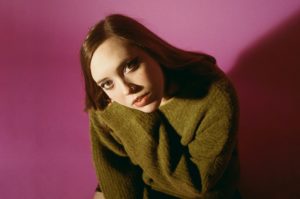 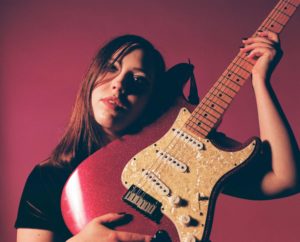