From a young age, we’re taught that everything is not what it seems—not to judge a book by its cover. For her Spring/Summer 2023 collection, Bianca Saunders aimed to create looks that captured the duality of “external appearances and interior reality,” in the words of the label’s press release.

Saunders found inspiration in “hard food,” an accompaniment to a typical Jamaican meal that includes boiled yams, plantains, and dumplings. The food’s name comes from the idea that it’s hard before it’s prepared, but ends up presenting completely differently when served. 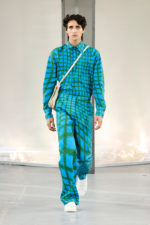 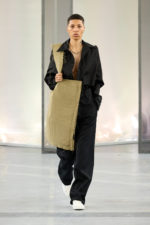 The collection centered around tailored outerwear, often with visually stunning, textured, almost illusionary patterns. Through monochromatic looks, Saunders sought to communicate a relaxed counterpart to the boxyshape of the clothing. In a further nod to Jamaican cuisine, various hand-assembled collages of recipes for hard food were printed onto pieces. Saunders’s hallmark draped shoulder could be seen in the Lexxus jacket and the convex hemmed bomber. 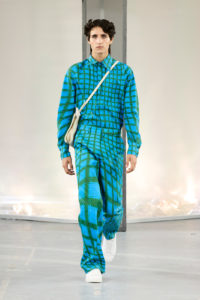 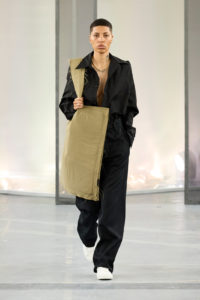