The iconic photographer was both loved and hated, but his work left an indelible mark on celebrity culture

“It’s a superior picture, like Da Vinci’s most famous painting, the Mona Lisa,” wrote Ron Galella on his best-known photograph, Windblown Jackie. He remembers spotting Kennedy Onassis on the corner of 85th and Madison, jumping into a cab—“Follow that woman!”—and pinning down the shutter release once, twice, three times, to capture the indelible image. It was 1971, and Jackie had a slight smile on her lips, looking over her shoulder as a breeze came from behind. She hadn’t yet recognized Galella. “It embodies all the qualities of my paparazzi approach,” the photographer went on. “Exclusive, unrehearsed, off-guard, spontaneous, no appointments—the only game.”

Galella, who died on Monday at 91, was said to be the godfather of US paparazzi culture. Newsweek dubbed him Paparazzo Extraordinaire, and Harper’s Bazaar regarded him as arguably the “most controversial of all time” in the industry he largely created. Galella hounded Jackie O; he pursued her relentlessly, to the point that she took him to court, testifying that he made her life “intolerable, almost unlivable, with his constant surveillance.” She wasn’t the only one. “What else do you want that you don’t already have?” spat Marlon Brando in June ’73, once Galella had trailed him all day. “I’d like a picture without the sunglasses,” the photographer replied, earning himself a sucker punch to the jaw which knocked out five teeth. The next time he followed Brando, Galella wore a football helmet decorated with stars, and his name, Ron, in dainty cursive script. 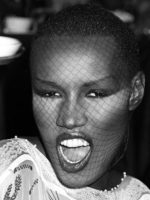 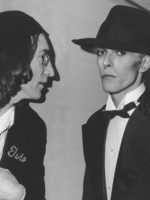 It’s a complicated legacy that Galella leaves behind. A photographer for the ages and the masses, he portrayed the public figure in a light that hadn’t really existed before. People were seeing into Mick Jagger’s and Elvis Presley’s car windows; into parties attended by Liza Minelli, David Bowie, Dionne Warwick, and the like; they could gaze at celebrities—once untouchable—as they walked, vulnerable, down their neighborhood streets: Madonna and Sean Penn, Woody Allen and Diane Keaton, and of course, the enigmatic Jackie O, who seemingly every American housewife was dying to catch a glimpse of.

Galella’s methods were bold, but they were rarely found to be at odds with the law. The photographer’s heyday came soon after New York Times Co. v. Sullivan (1964), the landmark Supreme Court ruling which limited American politicians’ right to privacy, namely by restricting their ability to sue for defamation; the decision was extended to encompass all “public figures” by 1967. As long as Galella was in a public place, taking pictures of those who’d achieved “pervasive fame and notoriety,” he could be as ruthless as he liked.

For better or for worse, the photographer’s life’s work was precedent-setting—more so, conceivably, than any court case in his professional purview. He was hated and loved, respected and scoffed at, featured in countless magazines and gallery shows, films and art books, chased by bodyguards, served restraining orders, and on and on.

“My idea of a good picture is one that’s in focus and of a famous person doing something unfamous,” Andy Warhol once said. “That’s why my favorite photographer is Ron Galella.”

“Smash his camera!” Jackie O commanded a Secret Service agent, upon spotting Galella through the trees as she and her children rode bicycles through the park. The quote became the title of a 2010 documentary, which detailed the nature and impact of the legendary photographer’s work.

Outside the debate in public opinion, Galella changed the world. His impact on popular culture will last forever, in history books, in web archives, and in the way we worship celebrity today. “My job is thick with risks, threats, occasional violence, and sometimes the necessary folly that sometimes courts humiliation and ridicule,” stated the photographer himself. “But I don’t care. I see myself as the dean of American paparazzi.” 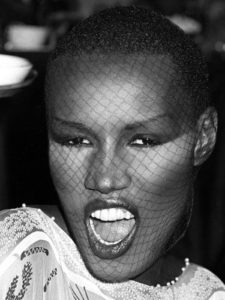 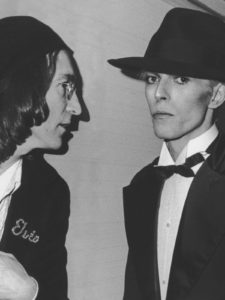 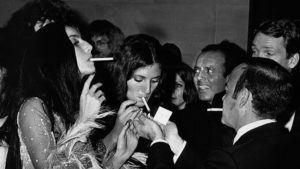