The Palm Heights hotel united artists across the Caribbean diaspora, redefining luxury in the process

It’s Carnival weekend in the Cayman Islands, and the Palm Heights hotel has a float in the parade—two floats to be exact, which makes it into quite the presence. The first is bigger, with stacked speakers and a DJ booth, a green plastic awning. It’s decorated with palm fronds, tropical flowers, and rotating fans that keep at bay the heat of the Caribbean sun.

The second float follows behind, equipped with a full bar and a few umbrellas. Friends of the Heights hop from one structure to the next, or walk between them, dancing and drinking and generally celebrating as the procession makes its way down West Bay Road, parallel to the islands’ coveted Seven Mile Beach. I was meant to watch Batabano—Caymanians’ national rendition of Caribbean Carnival—from the sidelines. But by chance or miscommunication, I ended up in the thick of things, chatting with the floats’ performers and self-described “vibe curators” as the afternoon wore on.

The Palm Heights opened in 2019. Gabriella Khalil, founder and creative director, is an authority in the field of contemporary art; walking onto the hotel’s grounds, it’s clear to see. The hotel has it all, to the degree of almost-comical, uncanny perfection. Each suite has a view of the pool-blue ocean, and also the two sprawling pools. Canary yellow umbrellas dot the white-sand beach. The rooms—as well as the lounge, the restaurants, the lobby, and the shops—are decorated with the design fanatic in mind: vintage Marcel Breuer and Pierre Chapo, an Ettore Sotsass rug, charming pieces by Charles Rennie Mackintosh, Gijs Bakker, and Gae Aulenti, and stacks and stacks of art books. 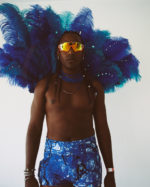 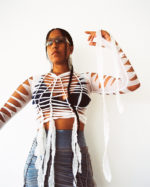 At Batabano, I learned that most of the individuals on the float were part of a residency program that’s central to the Palm Heights’s mission: “accommodating and nurturing artists, writers, and athletes with direct or indirect links or interests in the Caribbean.” There were painters like Gabriella Sanchez and Adee Roberson. Dancers of various genres, including Tarik Boom, Patricia Zhou, and C. Nichols. And plenty of designers and stylists, responsible for devising the vibrant costumes that gave the event its character: Tara Hakin, Raul Lopez, and Jonathan Johnson. The night before the festival, Trinidadian filmmaker Maya Cozier hosted a screening of her latest film She Paradise, and in its height, DJs Crystallmess and Pressure Point set the mood.

It was refreshing to see a luxury resort populated with young creatives, international cool kids, especially in a way that never read as gimmicky or contrived. The artists-in-residence were the heart of the place—never an afterthought amongst the other guests. I asked Gerardo Gonzalez—head of food and cultural programming at the Heights—and LA-based curator Erin Christovale about the intentions behind the program, which they’ve both been instrumental in developing. They stressed the idea of “luxury without pretense.” The Palm Heights, compared to other hotels, feels like a home—a place to relax fully and completely, without the need to establish your belonging through fancy dress or other status signifiers. And for artists, Christovale stresses, it’s the ultimate place to reset. “For a lot of people, who perhaps feel stuck or are in the same space and need something new—on a very basic level, [the Heights] provides a new way to think, kind of whatever’s needed in someone’s practice,” she says. 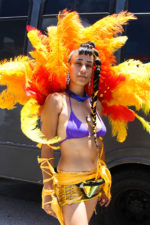 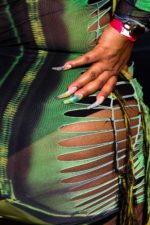 In the context of Batabano specifically, they worked with an expanded definition of what Carnival—and the Caribbean diaspora more broadly—can actually encompass. “You think about, like, Mardi Gras in Louisiana, or different points of cultural celebrations across the US,” says Christovale. “We wanted it to be a reflection of that global diversity, thinking about the Caribbean as this sort of origin story of the Americas. The culture can expand out to so many different people who can connect with it.”

There’s care in the notion that, if you’re going to create a world-renowned tourist destination, particularly within a community as small as the Grand Caymans, it’s necessary to make space for the people who have claim and connection to the land it stands on. Even further, to engage with the tradition of that land in a way that’s valuable and meaningful, taking its art forms and its celebrations as the basis and moving forward from there. 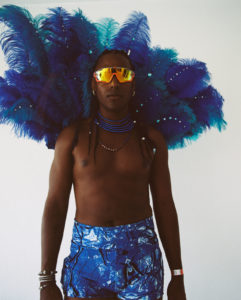 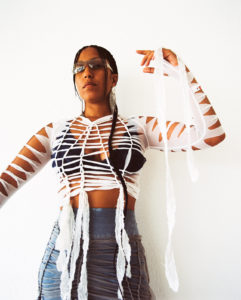 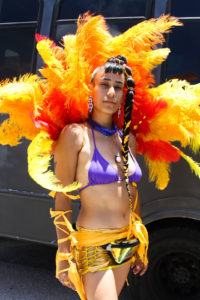 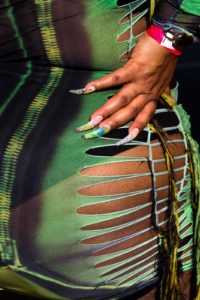