Genesis Breyer P-Orridge and Lady Jaye are alive! Or, at least, it feels that way in BREYER P-ORRIDGE: We Are But One, the first major posthumous presentation within the United States of P-Orridge and h/er partner at Pioneer Works in South Brooklyn. The exhibition centers their nearly two-decade project, Pandrogyne, an endeavor which explores love and consciousness beyond the confines of a gender-conforming body.

It’s easy to bask in the late artist’s innovative approach to gender, but it’s important to emphasize that h/er subversions were not strictly about reinventing gender, but rather expanding beyond its restraints. On Valentine’s Day 2003, s/he and Lady Jaye embarked on what they saw as the next step in human evolution, melding their two bodies into singularity through a series of cosmetic procedures in an attempt for each to look more like the other. Inspired deeply by the cut-up technique of friends and mentors William S. Burroughs and Brion Gysin, collage through paper, prose, and their physical bodies, became central to their art.

A shrine called Altared State, created by P-Orrdige’s daughter Genesse, is a principal piece to We Are But One. At its center is Blood Bunny, a wooden talisman soaked in blood from both P-Orridge and Lady Jaye, along with a lock of the latter’s hair. The shrine holds family photos, P-Orridge’s golden teeth in a stone bowl, and a wreath of hair. The exhibit traverses collages of images and prose that embody the vision Pandrogyne hoped would raise the bar of possibility for the future.

It’s been two years since the musician, writer, occultist, cultural engineer, and visual artist “dropped h/er body,” as s/he would have said. Just as Lady Jaye lived on in h/er, s/he lives on in h/er art, family, and those s/he inspired. We Are But One is a reminder that s/he is alive, in ways both beyond and greater than we are capable of comprehending, a spirit of perpetual flux.

The exhibit will be open through July 10, and reservations are free, but required. 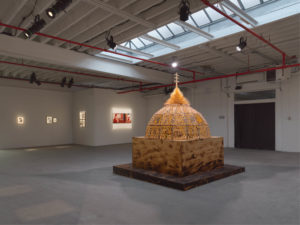 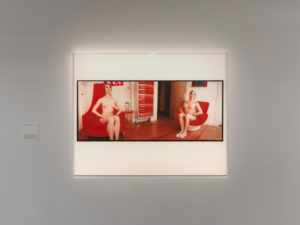 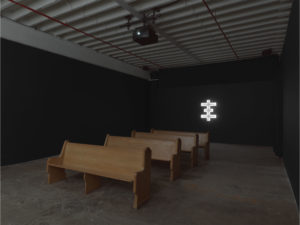 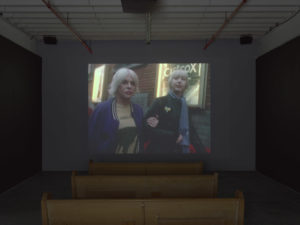