The photographer, who carved out a niche for himself and his craft on social media, reflects on his previously untouched work in his new book

“If I hadn’t moved, I wouldn’t be doing anything creative,” Willem Verbeeck remarked to me, some weeks ago on a video call. He was reflecting on the upcoming release of his photography book, On the Sunny Side of the Street—not the first publication of his work, but certainly the most personal.

Verbeeck moved from Belgium to New Jersey around the age of eight. After high school, he enrolled at the Parsons School of Design in New York City for photography, but dropped out before graduating. In that time, he started working as a social media intern and realized that the content he was helping to produce, he could create by himself—for his own career in photography.

Willem opted to use the downtime quarantine afforded him as a period of reflection: to look at what got pushed to the sides of more deliberate projects, and piece the loose ends together into something new. Between working on commercial shoots and traveling for long-form work, Willem continued to take photographs in his own time of what was familiar to him. What emerged was a series of photographs, taken over the course of the last several years, of places he’s called home: Belgium, New Jersey, New York, and California. Between the East Coast and West, in America and Europe, he asserts, “These places are a part of who I am.” While the notion of home is what ties the book together conceptually, it’s Willem’s photographic style—visions of domestic life teeming with golden light—that make the book remarkable. “There’s no geography that ties any of this together. It’s about the light and ordinary nature of all the pictures.”

Calm in character, Willem’s everyday photography practice consists of him walking around neighborhoods, up and down residential streets, tracking and recording signs of life. The images in his book are evidence of such a technique: An RV is parked outside a house with pink crepe myrtle branches resting above it, and a green light, its source out of frame, looms over the scene. The sky is a dusky, purple blanket. On the outside looking in, windows to homes appear as blinding, metallic reflections of a setting sun. Harsh shadows of pine trees are cast against bright yellow homes, while baby blues peek out behind grayish clouds.

Willem cites photographer Joel Meyerowitz as a source of inspiration—his serene colorscapes at Cape Cod informed Willem’s own studies of light, including the images that would become On the Sunny Side of the Street. In Willem’s words, it’s Meyerowitz’s “way of seeing things, and approach to the everyday landscape” that defines the atmospheric energy of his own work.

On the Sunny Side of the Street will be released on March 24 and is available for preorder here. 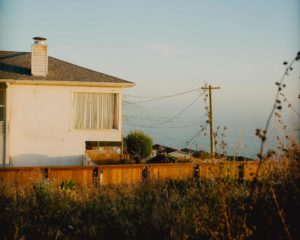 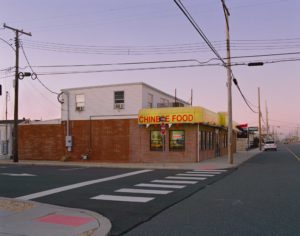 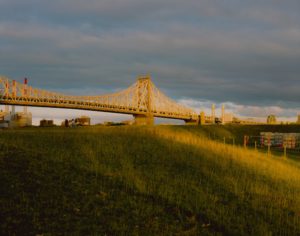 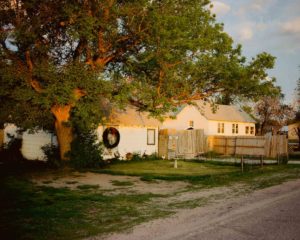 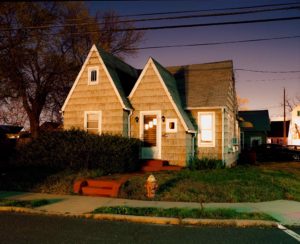 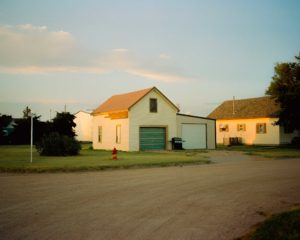 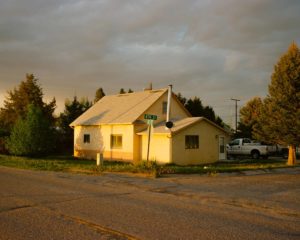 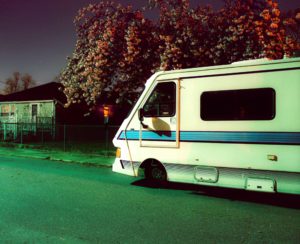