There’s something immediately charming about artist friendships, because the practice of ‘making art’ tends to be rather solitary. At least in the modern Western tradition, it’s an act that’s centered around the genius, and their masterpiece, and the competition of it all: You can take from your predecessors, and the big names of your time. But take too much, and you’ll run the risk of imitation, flatness, and, of course, inauthenticity.

Warhol and Basquiat were friends—but maybe, they’re the worst standard to go by. Wrote Sotheby’s of the unlikely pairing, “Basquiat sought the fame, recognition, and access. Warhol desperately desired a shock of innovation and renewed energy in his work.” It was a symbiotic friendship in that regard, albeit a turbulent one, fraught with power imbalance and ulterior motives.

There’s a Max Bill and Georges Vantongerloo retrospective at Hauser & Wirth, entitled crossover, that displays the other end of that spectrum: It’s a picture of mutually respectful collaboration between artists, refreshingly just-for-the-sake-of-it. The exhibition is on view until March 26, at the gallery’s 69th Street location in New York. It shows a selection of paintings and sculptures by the lifelong friends, some of which haven’t been seen in the United States since the early ’80s.

Max Bill was born in Winterthur, Switzerland in 1908. He took up modern architecture after seeing Le Corbusier’s Pavillion de L’Esprit Nouveau in his late teens—a model home constructed for the Paris Exposition des Arts Décoratifs. Bill came across some materials on Bauhaus in a Zurich bookshop; he applied to the school in Dessau, studied under the likes of Albers and Kandinsky and Schlemmer, and went on to develop a unique sensibility for color and the geometric foundations of art objects. Georges Vantongerloo was born in Antwerp in 1886; he attended the Académie Royale des Beaux-Arts in Brussels, up until the First World War. Vantongerloo was one of the founding members of the De Stijl art movement—inspired by Cubism, and popularized by Piet Mondrian. Like Bill, he was deeply influenced by the presence of mathematics in abstract act, coining little equations like Volume + void = space. 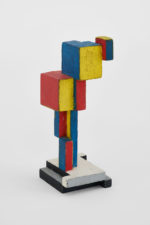 Bill and Vantongerloo met in 1930s Paris, as members of the abstraction-création artist collective. Each loved the other’s work. They took up constant correspondence, and ventured together into new aesthetic dimensions. This much is clear, when you look at their ouvres in conversation. Bill’s spare, richly-hued graphic paintings are reinterpreted through Vantongerloo’s stacked, blocky sculptures, which favor primary color. Bill’s sleek and symmetrical stone sculptures mirror Vantongerloo’s biomorphic, bronze Construction within a sphere series—not because of the qualities of these works’ facades, but because of their intellectual roots. Each artist desired to transcend the medium—to render art intuitively—by reducing the art object to its most elementary components. Upon realizing a shared passion, the men’s practices flourished, on individual tracks.

Of course, years have passed since abstraction-création. The art world no longer operates in such well-defined movements, schools, and collectives, and it’s always a bit simplistic to suggest a return to the spirit of the past. What we can take from crossover, is the notion that art is only deepened by partnership and human connection. The art that stays with us is the art that was created far from competition—driven by some revolutionary idea, over all else. 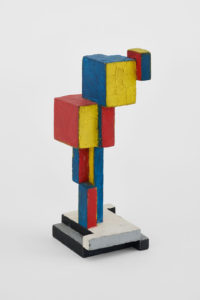 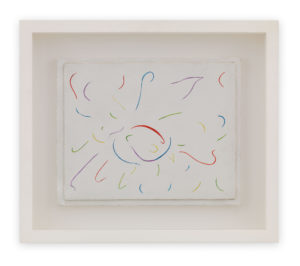