To multihyphenate tastemaker Yasmin Sewell, fragrance is emotional. “It evokes powerful feelings, vivid memories,” she says. “It energizes the spirit and awakens the mind.” You could say, then, that fragrance is essential to the thoughtfully curated space—from the bedroom, to the retail store, to hotels and clubs and restaurants. Sewell is no stranger to the task. Since the start of her creative practice, she’s graced the fashion and design industries with her unique instinct: A knack for what looks good and feels good, in person, on paper, and online.

Virtually straightaway, upon moving fresh-from-her-teens from Sydney, where she was raised, to London, which she’s never left (She was originally, simply, tagging after a British boyfriend.) Sewell founded Yasmin Cho in 1998. The store was the launchpad for plenty of iconic careers. It stocked designers who Sewell liked, including the then-up-and-coming Rick Owens, Miguel Adrover, Pierre Hardy, and Gaspard Yurkievich. A profile from The Cut recalls that Yasmin Cho served tea, and had a Playstation. It was up a flight of stairs in a reworked office space—so there was no glass storefront, and you had to buzz. The New York Times described it as one of the most influential stores in the world.

Sewell’s successes would look like luck, if they weren’t so uncannily far-flung. As a tastemaker, she’s championed some of the contemporary greats—Acne, The Row, Roksanda. As a buyer, she’s credited as the first to have noticed Christopher Kane—and as a friend giving advice, the one to convince J.W. Anderson to shift his focus towards womenswear. As a creative consultant, Sewell has had a heavy hand in advancing the visual languages of Chloé, Mulberry, Moda Operandi, Liberty, and so on, attracting then-emerging fragrance houses Frédéric Malle and Escentric Molecules to the latter. “I have always been connected to scent, almost without realizing,” Sewell says. “But I had never presumed that I would do my own.”

Today, she is back to her Yasmin Cho roots, in the sense that she’s chasing an unconditionally personal project: Vyrao is a “multi-dimensional wellbeing brand,” which launched in May with a line of five fragrances. “I’ve studied many forms of energetic healing, including reiki and integrative quantum medicine,” explains Sewell. “Vyrao brings both of my worlds together for the first time. It’s a spiritual project for me. I could write a book of all of the moments of synchronicity I’ve experienced since starting.”

“We are first and foremost about great energy. That will always come first, in everything we do.” 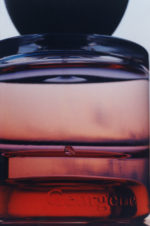 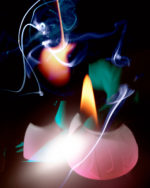 To develop the fragrances—described as “amplifiers of energy”—Sewell collaborated with perfumer Lyn Harris, as well as quantum energist Louise Mita. The trio emerged with I am Verdant, Witchy Woo, Free 00, Magnetic 70, and Georgette as traditional, bottled perfumes (with a little Herkimer diamond crystal at the bottom, it should be noted—ethically sourced, and personally charged by Mita). There are also three varieties of incense sticks: Witchy, Verdant, and Ember. Each fragrance sets its own emotional intention, based on its dominant floral essence. Respectively, the perfumes are meant to cultivate transformation, courage, liberation, attraction, and self-love. “I wanted to choose flowers and plants not just based on their scent, but also on their healing properties,” says Sewell, admitting that she gravitates towards tea tree, eucalyptus, rose, and native Australian bush flowers: the scents of her childhood.

“I believe we are moving into an age of consciousness,” says Sewell on her burgeoning brand. And haven’t her predictions been sound in the past? Vyrao was conceptualized before the pandemic—before society became fixated on presence, on connection, on the here-and-now. Before scores of people started working from their kitchen tables, took up meditation and interior design, and resolved to spend their Friday nights in. It’s the perfect time for a wellbeing brand—particularly for a wellbeing brand that puts a finishing touch on the thoughtfully curated space. Just redecorated? Now put on some music and light a stick of Georgette. On a big outing to the supermarket, or walking around the block for the first time today? Dab a bit of Free 00 behind the ears. It makes a difference. “I was born quite psychic, as was my mum and my sister,” Sewell reveals. “Mum used to dream of things I’d gotten up to behind her back, and then tell me she knew what I was up to. That was quite shit.”

If Vyrao is in keeping with the Sewell tradition, it’s set to take off. And already, it bears the mark of a scary good nose. “We are first and foremost about great energy,” Sewell says. “That will always come first, in everything we do.” 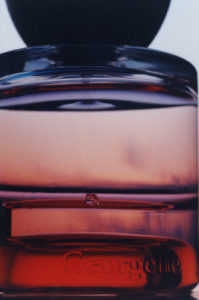 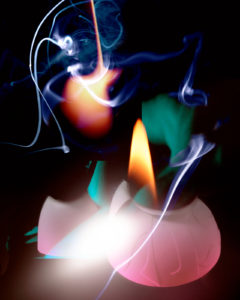