Ming Lim navigates the boundaries of dream and reality

The Canadian-born, London-based designer talks surrealism, sustainability, and her own vivid dreamworld

Ming Lim has her head in the clouds, and both feet on the ground. It’s not an identity at odds with itself—rather, one that characterizes an emerging generation of creatives forced to reconcile their lofty aspirations with hard-hitting social realities. Necessity, of course, breeds invention. And it’s clear that Lim is an innovator more than willing to step up to the plate.

The Canadian-born designer began her formal education at the height of the COVID pandemic; her first year at London’s Central Saint Martins took place online, restricting access to studio hours, preventing face-to-face mentorship, and forestalling new experiences in a new city. Lim, however, took these circumstances in stride. She created a fantastic ensemble for The White Show—a CSM rite of passage, for which each new student is asked to design and exhibit a look employing the same cut of blank fabric. Lim’s massive, cloudlike hat took virtual center stage: the crowning touch to a dramatic, ruffled, rather surreal assemblage of garments. Lim has a penchant for the dreamy, for the romantic. Better yet, she knows how to communicate it. Even at her young age, the designer has an uncanny ability to bring something intangible—her inner world—to hard-driving life.

Morgan Becker: When did you first become interested in design?

Ming Lim: My mom wanted to be in the fashion industry when she was younger, but because of financial issues she couldn’t be. She pushed it onto me when I was young. Ever since I was little, it’s been a side-hobby. I didn’t really take it seriously until I thought, ‘Oh my god, what do I want to do after high school?’ I don’t really think there was a moment; I don’t think there was a light bulb or anything. It’s just been my lifestyle since I was five. My mom had a little sewing room, and I would sit next to her. I would watch the TV while she sewed. 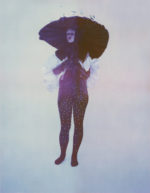 “[Pursue fashion] now, while you’re younger. Because when you’re older, you’re going to overthink everything. Worry about the consequences later.”

Morgan: You’ve achieved a lot at such an early age. What’s the best part of being a young designer?

Ming: Multiple things. You have a fresher perspective, a new perspective. You don’t feel restrictions, I think, as older people do. My mom used to tell me, ‘[Pursue fashion] now, while you’re younger. Because when you’re older, you’re going to overthink everything. Worry about the consequences later.’

As a younger designer, I second-guess myself less. I feel like I have a less intellectual perspective, that’s not influenced by other people’s opinions or expectations. It feels very authentic.

Ming: Experience is one of them. But honestly, at the moment, I don’t encounter many downsides—I’m fairly new to this. With the pandemic and everything, I feel like my experience has been restricted.

In the fashion industry, you’re supposed to meet people. That’s fifty percent of it, you know? You meet everybody online, but you don’t really know them. Then four months later, you’re like, ‘Oh my god, this is what you look like! You’re real. You have hair, you have arms. You exist!’

Morgan: What inspired the look you designed for The White Show?

Ming: I have this disorder called DRC, Dream Reality Confusion Disorder. Sometimes I can’t differentiate my dreams from reality—whether it’s memory, or it’s real. When you’re younger, you kind of believe everything. When I was younger, I really thought pigs could fly. I saw it, I remembered it, I told people. I had to go to therapy for it, because my vision of what reality was was not what everybody else knew. It made me feel like a freak—kind of like there was something wrong with me. As I got older, I realized that I could use [DRC] to my advantage. I could use my imagination and actually create it, in reality. I looked at surrealism in the 1910s. I looked at Salvador Dali. I looked at photographers who created projects around their own sleeping disorders, as well.

The concept [that emerged] was eyes and hands reaching for this place in between reality and imagination. All of my work is very fluid. I don’t like to label anything. The big hat, it’s supposed to represent a cloud—like, Your head’s in the clouds. It was kind of a representation of how I felt on the first day at CSM, because they just gave us so much creative freedom. I’ve never experienced so much trust, just to do what I wanted to do—the sky was the limit.

Morgan: Do you have a favorite work of art?

Ming: I love René Magritte’s work. I love Salvador Dali’s work. It is hard to pick. I think it’s just the whole idea of the surrealism movement. It’s something that, every time you look back at it, you find something new. I think that’s the most interesting thing. Everybody takes it differently.

It’s still developing today. I see it when I go to art galleries in London; you can tell there’s a surrealist influence, even when there aren’t surrealist artists. Before the movement, art was very What you see is what you get. Now is the time for interpretation.

“Sometimes I can’t differentiate my dreams from reality—whether it’s memory, or it’s real. When you’re younger, you kind of believe everything. When I was younger, I really thought pigs could fly.”

Morgan: Tell me about your creative process.

Ming: I would say it’s a mix of methodical and spontaneous. Sometimes you get it, sometimes you don’t. The way I would describe it is, it’s like surfing. You can practice the research, and you can practice the skill, but if you don’t have the wave, the inspiration, there’s no point in doing it. All you can do is practice all those technical things—and when you get that spark of inspiration, when you get that passion to express something, to tell a story about something, that’s when you surf. If it doesn’t come, it doesn’t come. I just sit on the chair for two hours and do nothing. Most of [my creative process] is spontaneous, but then it becomes methodical. I analyze, and I research. I have to research a lot.

Morgan: What types of sources do you consult when you research?

Ming: When it comes to a topic or a theme, sitting at the computer is the worst thing you can do. I try to force myself to go out to galleries, to go and talk to people. If I see something on the street that I like, I put it in my sketchbook. I draw, I paint—I practiced fine art before I even learned sewing. Usually, I paint a lot and I do drawings, as well as photography. The internet is great, but everybody has access to it. If you can create your own unique point of view, that’s when things come out the best. 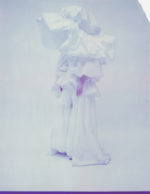 Morgan: What would you say are the biggest differences between your designs now, and the designs that you debuted at Vancouver Fashion Week?

Ming: The big difference is development. I understand now the importance of developing ideas, and not staying stagnant. I realized that my development process [in 2018] was not even a process compared to now. Without one, you don’t push yourself. You don’t find the different ways that you can do things.

Morgan: What’s your biggest hope for your future?

Ming: I’m really open to whatever comes. I want to have creative control, whatever I do. I don’t want to be influenced by any other person, nor do I want to work on something that I don’t believe in.

Morgan: What about for the future of design?

Ming: When it comes to design in general, there’s a lot we need to change. One is sustainability—the fashion industry being the second most polluting industry in the world is just insane to me. I want to try to create a longer life for clothing.

Representation in the fashion industry is really, really important. We’re seeing it more now, but I feel like it does need a push—at the moment, it’s very same-same. We need more multicultural influence. People who are authentic to a culture should represent it. These are things that we really need to think about, going ahead. The younger generation is doing a really good job, and the fashion industry is starting to realize that we’re on the right track. All we have to do is keep going. 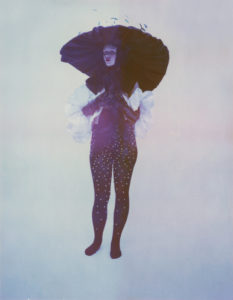 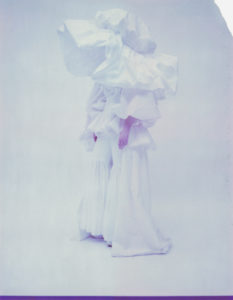