Miles Greenberg is no stranger to extremes. A protégé of Marina Abromovic, the 23-year-old Québécois artist is known for staging captivating durational performances that utilize profound physical and psychological endurance as a means to achieve transcendent mental states. In his 2020 performance Oysterknife, Greenberg walked on a conveyor belt uninterrupted for a full 24 hours, pushing past the point of exhaustion to achieve what he described as “true inner silence.” In Admiration Is The Furthest Thing From Understanding (2021), he lay motionless and blinded atop a narrow glass and steel structure as a slow rain of cane sugar syrup dripped down from above, crystallizing over time to impair his movement. For Lepidopterophobia (2020), he locked himself in a clear acrylic Perspex box surrounded by live moths—of which he is severely phobic—and faced his worst fear for five long hours as the insects crawled over him.

Driven by a deep fascination with temporality and the body, Greenberg uses performance as a tool to create new realities: inviting audiences into a space where the relationship between movement and time are transformed. Though Greenberg’s work often includes acts of intense mental focus or athleticism, the themes addressed in each work are as varied as the feats themselves. In Greenberg’s ongoing -therapy series, he invites the audience to contemplate his body as a living sculpture, performing non-narrative rituals that unfold over the course of seven hours in a gallery setting—starting, like all his performances, before the audience is present. These range from the quietly poetic Pneumotherapy, which sees him balanced nude on a rotating pedestal atop a stage of flowers, to Haemotherapy, in which Greenberg poses in a gold codpiece with a vase balanced on his hand and a lit candle held aloft, maintaining the position for as long as his body can tolerate. Eerily beautiful and extreme in their stoicism, these scenes evoke a sense of religious ritual, with Greenberg’s nude body covered in paint and frozen in place amidst a shrine of objects like raw meat, fruit, and spices. But while Greenberg has spent time studying the techniques of various religious ceremonies, the altar he worships at is one of his own design: a creative vision driven by instinct, intellectual curiosity, and a drive to explore the limits of his body and mind. 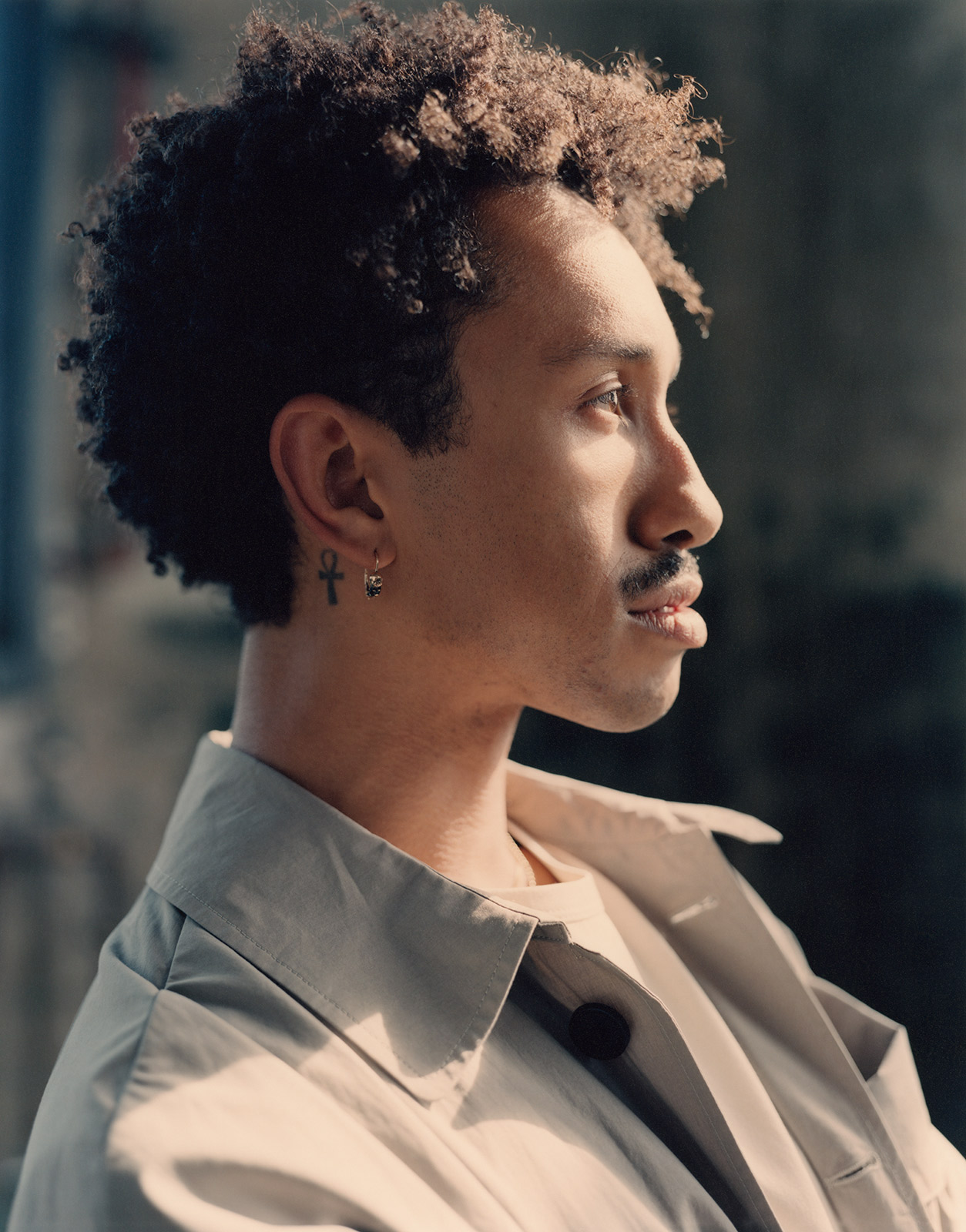 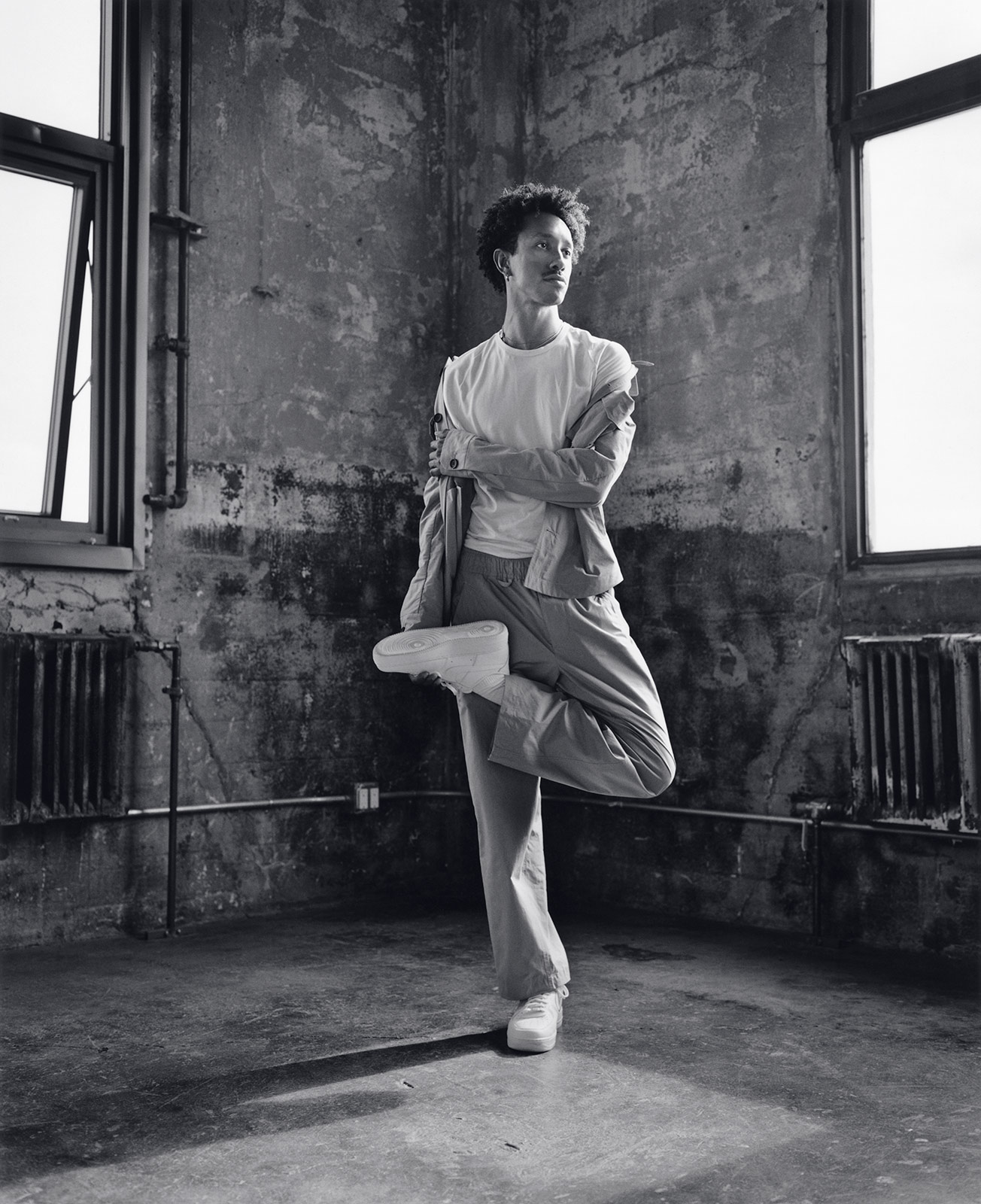 Having started performing at the young age of 16, Greenberg boasts an extensive exhibition history, and has held prestigious art residencies at Palais de Tokyo and The Watermill Center. Now, he is taking on a new challenge: translating the essence of performance into visual art. In his first visual art exhibition Late October, currently on view at Arsenal Contemporary, he delves deep into themes from a 2020 performance of the same name, which saw Greenberg and six other performers execute a choreography of slow-burning spatial gestures while blinded by white contacts—a convention he frequently employs to create a psychological boundary between himself and the audience. The piece, which was originally staged in France, centered on exploring the romantic capacities of the Black body as a vessel for the divine.

Using the original performance as a point of departure, he sought to translate these themes into new mediums—a challenge he embraced as a logical extension of his practice, which has always entailed acts of creative risk-taking. “At this phase of my life, I am not enticed to repeat myself,” he tells Document. “To make visual art is a probe into the unknown, but it’s a challenge that I feel up for. When I make performances, I think of them as sculptures—so I want to make sculptures that insinuate the qualities of performance. I think I have found ways in each medium to make unique objects that arise out of a process that is ongoing and generative and comes back to the body.”

“If there’s one thing I want, it’s for [people] to be sensitive to the changes in themselves, and to witness the microscopic details—moments of serendipity and intrigue and poetry—that occur naturally in the world around us.” 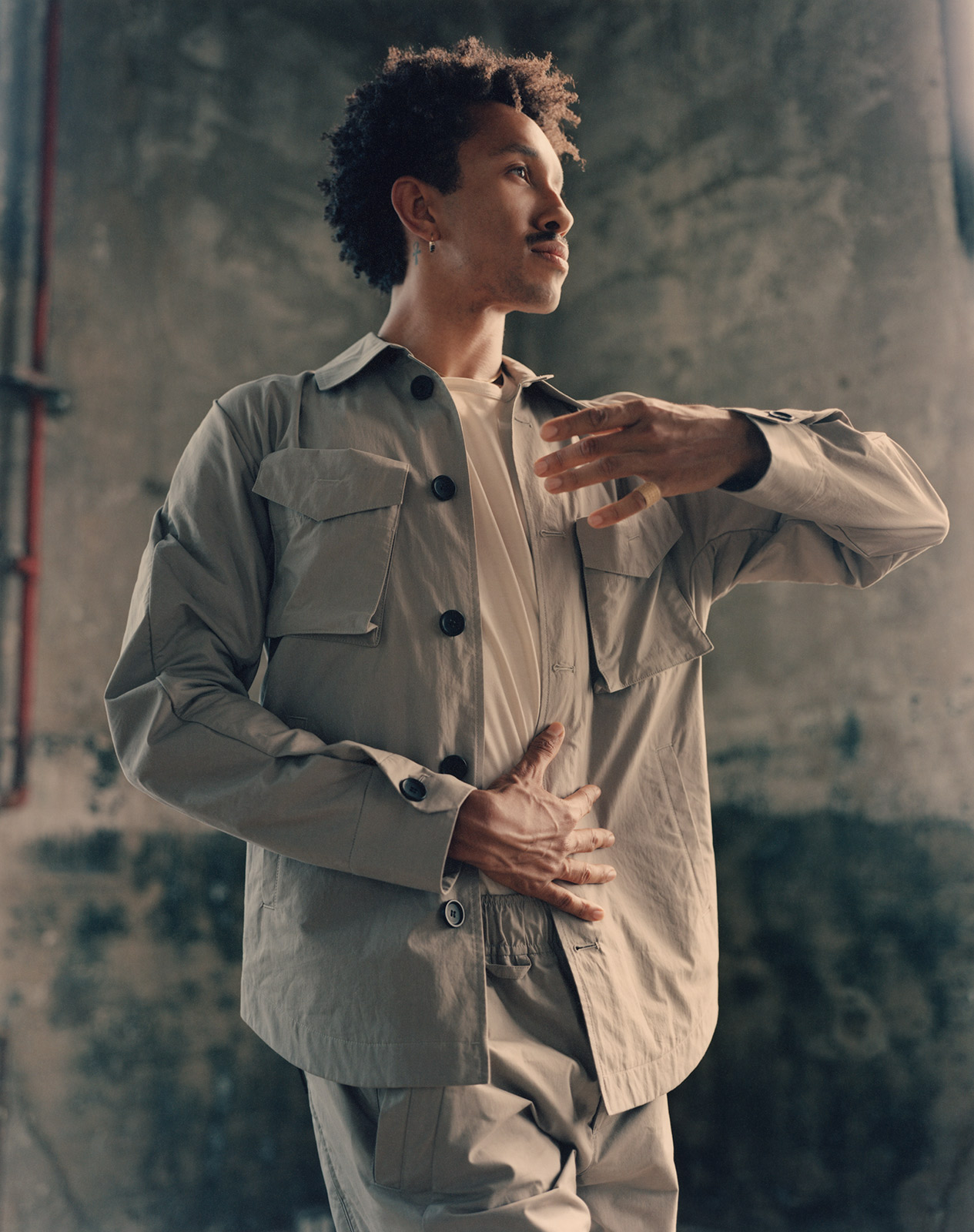 To construct the three sculptures featured in the exhibition, Greenberg recorded his body movements in a 3-D scanning chamber, ‘performing’ for the camera as he would an audience. “We essentially hacked the scanner to take away the camera’s gyroscope, its sense of space. This removed the capacity for autocorrection—the tool that determines you are looking at different angles of the same body part, and uses data to construct it as a single object,” he says, explaining that the raw data was then used to create moulds for these ‘bronze prototypes.’ The resulting anomalies lend the sculptures a gestural quality, not unlike a photographic long exposure. Mounted atop plinths in a crystal blue pond reminiscent of the original installation, they cut a striking figure—a plurality of blue-black limbs, emerging as wings; hollowed bodies taking on the shape of petals; faces abstracted by movement.

As we tour the exhibition together, Greenberg foregrounds the function of each creative choice, pointing out the small details that connect the exhibition environment to the original performance setting—from the decision to introduce a sense of heaviness to the air using incense, to the way the water in the pond casts dancing light upon the ceiling. “I can’t be sure what people will experience coming into the exhibition, but if there’s one thing I want, it’s for them to be sensitive to the changes in themselves, and to witness the microscopic details—moments of serendipity and intrigue and poetry—that occur naturally in the world around us,” Greenberg says. “If people can walk into the room and feel a difference from the outside, that means what I’ve created is working.”