In collaboration with Every Stitch Considered by Nike, Document highlights innovative creatives who are expanding our cultural landscape through acts of exploration, process and education.

Lulu Yao Gioiello didn’t set out to create her own publication. But in the end, that’s what she did—because upon searching for work by Asian creatives, she realized that there was no platform in the literary space dedicated to elevating their voices. “At the time, I was talking to different friends and artists about what they want to express and have trouble getting out there because people kind of limit their options,” she says. “I met one Iranian artist, for instance, who isn’t religious, but her art is filed under the category of Islamic art because it uses Farsi. I was like woah, why isn’t there a space for Asian people to showcase what they can do without being pigeonholed into these imposed categories? I realized these kinds of spaces didn’t exist yet, and my friend was like, ‘You could make one.’”

That’s when Gioiello founded FAR-NEAR, a curated crosscultural book series that broadens perspectives of Asia by providing space for individuals to explore their identity on their own terms—whether that means delving deep into their cultural heritage, or unlearning the idea that it must dictate their artistic interests. “Asian people are often labeled the ‘silent minority’ in the West, represented through the foreign eye and painted as ‘the other,” Gioiello writes in her first editor’s letter. “With this series I challenge both artist and observer to step out of the sometimes invisible limitations set about them, to question what is known and go beyond what is readily available; to respect the past while expanding on the future.”

“I don’t feel it’s my place to tell someone how they relate to their own identity, or their culture, or the theme we have. It’s all in their voice.” 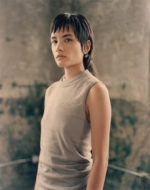 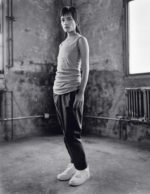 The resulting book—a delicately bound volume, printed and curated annually—is just as multifaceted as Gioiello had imagined. The three issues currently released provide a portal into individual histories, family recipes, coming of age stories, poetry, and photography, holding space for people of Asian descent to create freely and record their experiences without appealing to the interests of a Western audience. “I try not to dictate what people submit,” Gioiello says. “I don’t feel it’s my place to tell someone how they relate to their own identity, or their culture, or the theme we have. It’s all in their voice.”

FAR-NEAR’s first issue, centering on the theme ‘movement,’ explores the concept in broad terms: movement as “an act of taking control of your body, changing physical or mental location, arrival and departure by working together to push forward a way of thinking.” It features meditations on themes as varied as chronic illness, immigration, queerness, lost family history, and the origin of symbols and language, with contributions from over 30 artists and creatives working across various disciplines.

In one piece,‘The Pushed and The Pulled,’ FAR-NEAR editor Ariana King interprets the theme of movement as it relates to global conflict and immigration policy. “There are those who find themselves pulled by the promise of something better, and those who are pushed by something worse in the place they came from,” King writes, exploring the class divisions between those who start new lives out of self-enrichment, or necessity: expats versus immigrants. In another piece, Gioiello interviews Porochista Khakpour, an Iranian-American writer whose books often feature characters grappling with generational shifts and diasporic identities.

In many ways, the project arose out of Gioiello’s desire to learn and connect with her own history. “I’m half Taiwanese. I always identified as Asian and looked that way, but I didn’t really grow up with my Asian side. I always felt like I was an insider-outsider,” she explains. It’s an experience Gioiello shares with many of FAR-NEAR’s contributors: “There was never a time in all the years I lived in America that I was allowed to actually be an American,” writes Kee Byung-keun. “[Yet] not being in Korea for that many years had cost me any chance of ever being Korean again.” Alongside these experiences of displacement, however, there is joy and discovery: of family recipes, historic artifacts, memories, and experiences reclaimed after generations of absence. 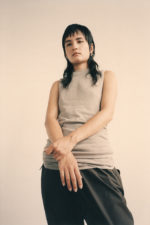 “Because Asian culture is very private, you can sometimes lose history,” Gioiello says, explaining that the desire to learn about one’s family of origin is made all the more complicated by generational differences. “Often a young writer or photographer will want to connect with their family and hear about their past, but their parents or grandparents don’t want to talk about it. With the younger generations of contributors, people are so open and committed to capturing how they feel in the moment. I wanted FAR-NEAR to be something tangible and archival, that could be passed down from generation to generation.”

With themes as varied as ‘taste,’ ‘movement,’ and ‘devotion,’ each edition of FAR-NEAR brings together a set of diverse voices from Japan to Iran—providing individuals with space to explore Asian culture from within, and unlearn the dominative model that is so often internalized as a result of Western culture. As chef Bo Songvisava states in FAR-NEAR’s second edition, “We should preserve tradition because at the very least we should know our roots, where we came from, and hopefully know where we are when we undergo change.” 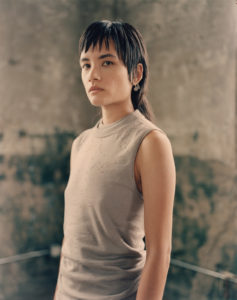 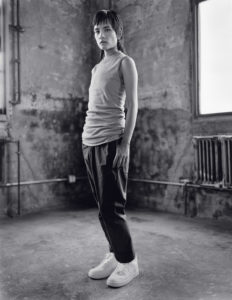 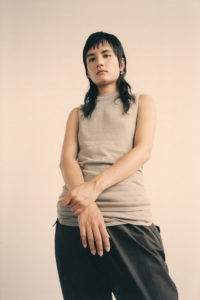