“Physical space has logic and virtual spaces are elastic,” says artist Jacolby Satterwhite. “In real life, I’m constrained by the logic of gravity and scale. In virtual space, you can do anything and be as surreal as you want.”

Satterwhite has explored the boundaries of new media throughout his prolific decade-long career, drawing on the visual language of video games, art history and queer theory to create futuristic landscapes where science fiction and personal narrative intertwine. Both political and deeply intimate, his immersive visual worlds operate with their own internal syntax and logic—a dense symbolic lexicon that has continued to grow in both scope and ambition over the years, beginning in 2012 with his first major work, The Matriarch’s Rhapsody (2012). In the forty-five minute film, Satterwhite excavates the tens of thousands of sketches his schizophrenic mother left behind before her death, pairing the original scans with digital renderings of the objects they depict—tens of thousands of inventions she had hoped to sell to the Home Shopping Network, and which she became convinced contained real events and memories from her life within them. These items are presented not as mere objects, but as a codex to her psyche: a realm Satterwhite cannot access, but which he connects with his own mythology by pairing them with printed photographs of his own childhood memories. 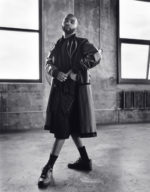 In his more recent work, Satterwhite addresses themes of labor, consumption and carnality, leveraging the unique capacity of new media to bring real events into dialogue with imagined futures. In his 2020 film We Are In Hell When We Hurt Each Other, footage of masked Black Lives Matter protesters intermingles with a futuristic landscape populated by fully autonomous Black fembots, contrasting the civic unrest and rampant inequality of the present day with a vision of Black queer liberation. In his six-part series Reifying Desire, Satterwhite employs his body as a narrative vehicle, queering and complicating the thematic undercurrents of his mother Patricia’s inventions through gesture, performance and sexual acts.

Satterwhite’s use of his own avatar is a recurring motif in his work, which extends beyond the boundaries of film to include painting, music, sculpture, and installations. In his 2019 exhibition at Pioneer Works, You’re at home, Satterwhite draws on aspects of American consumerism, pop culture, and African folklore to create an immersive environment in dialogue with his animated film series Birds in Paradise, which features music by Satterwhite and collaborator Nick Weiss. Working under the band name PAT, the two reinterpreted a capella vocal recordings that Patricia left behind, creating mesmerizing dance tracks which also form the basis of their double LP album, Love Will Find A Way Home.

Set in a mythological queer universe, Birds in Paradise sees Satterwhite dancing alongside fantastical creatures, leather-clad performers, and muses. This virtual world is juxtaposed with drone footage of forest fires and other real-life environmental catastrophes, as well as scenes of Satterwhite being tied up and whipped with drop cloths, or else baptised in the ocean—a reference to African rituals of regeneration and rebirth, over which Patricia’s voice can be heard singing the lyrics, “born to be free.” 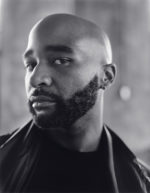 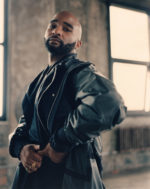 “My creative practice is like a surrealist toybox… I’m using the materials and variables from yesterday to make work that is about today and tomorrow.”

“I’m interested in bringing conceptual forms together and finding poignant and nuanced ideas within the friction of those two things. Sometimes I think my relationship to the digital medium is what makes it porous, and makes it breathe,” Satterwhite tells Document, alluding to his use of sexual and sadomasochistic imagery as a tool. Coupled with the use of his own avatar, these visceral depictions of physical experience function to cut through the psychic remove of virtual space, bringing it into dialogue with flesh-and-blood reality.

Painstakingly rendered and dense with creative detail, Satterwhite’s genre-bending work has been widely celebrated and featured in prestigious art world institutions, including the 2014 Whitney Biennial. Most recently, the first decade of his artistic career was commemorated with a major monographic survey and exhibition at Carnegie Mellon—but he is more interested in looking forward than back. “The monograph gives you a psychological entry point into my world. And in closing the chapter on this era of my life, it frees me up to start a new one,” Satterwhite says. “My creative practice is like a surrealist toybox… I’m using the materials and variables from yesterday to make work that is about today and tomorrow.” 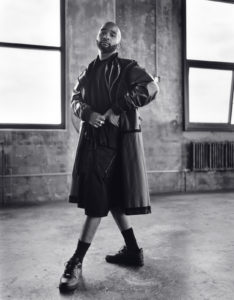 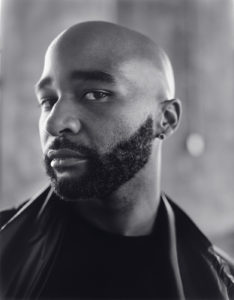 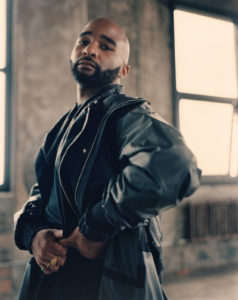