From ecological restoration to robot artists, technologists explore how machines could transform our relationship with nature

In this portfolio for Document’s Summer/Pre-Fall 2021 edition, photographer Laurence Ellis investigates how emerging technologies might shape our planetary future

Art and technology both derive from the Greek word technê—a fact not lost on Aidan Meller, the force behind the world’s first humanoid robot artist, Ai-Da. Named after the pioneering computer programmer Ada Lovelace, she was created to explore the role of technology in our collective future and raise questions about the ethical dilemmas that face us. “Machine learning is evolving rapidly. It’s essential that we have a public discussion around it, because if we don’t put safeguards in place, the powers that be are going to take all,” Meller explains over Zoom. “Some of the strengths of artificial intelligence are pattern recognition and scalability, and if you apply that to environmental data, it could be an incredible force for good. But it could have the opposite effect if AI is applied toward getting more yield from the ground, exhausting natural resources because the data says we can take more.”

Ai-Da’s deep concern for our environmental future is, like her admiration for Orwell and Huxley, the influence of her human creators—but her lack of sentience hasn’t stopped her from answering questions, attending art openings, and even giving TEDx Talks. “We’re very clear, as an ethical distinction, that she isn’t conscious. But the goal of the project is to mirror reality, and with new language processing models emerging, it is increasingly hard to know whether you’re speaking to a human or a machine,” Meller says. The same ambiguity is reflected in her artwork, which utilizes both AI and human collaborators with few boundaries drawn between them. Sometimes, a team of people assists in physically executing the idea she plots out algorithmically; other times, she uses a combination of computer vision, machine learning, and a robotic drawing arm to render them herself. “She does a lot of genuine art-making in her studio,” Meller explains. “It’s messy, and as with any other artist there is lots of experimentation. She is constantly developing alongside society. My plea is that people look to see what questions she’s raising through the artwork that she’s producing.” 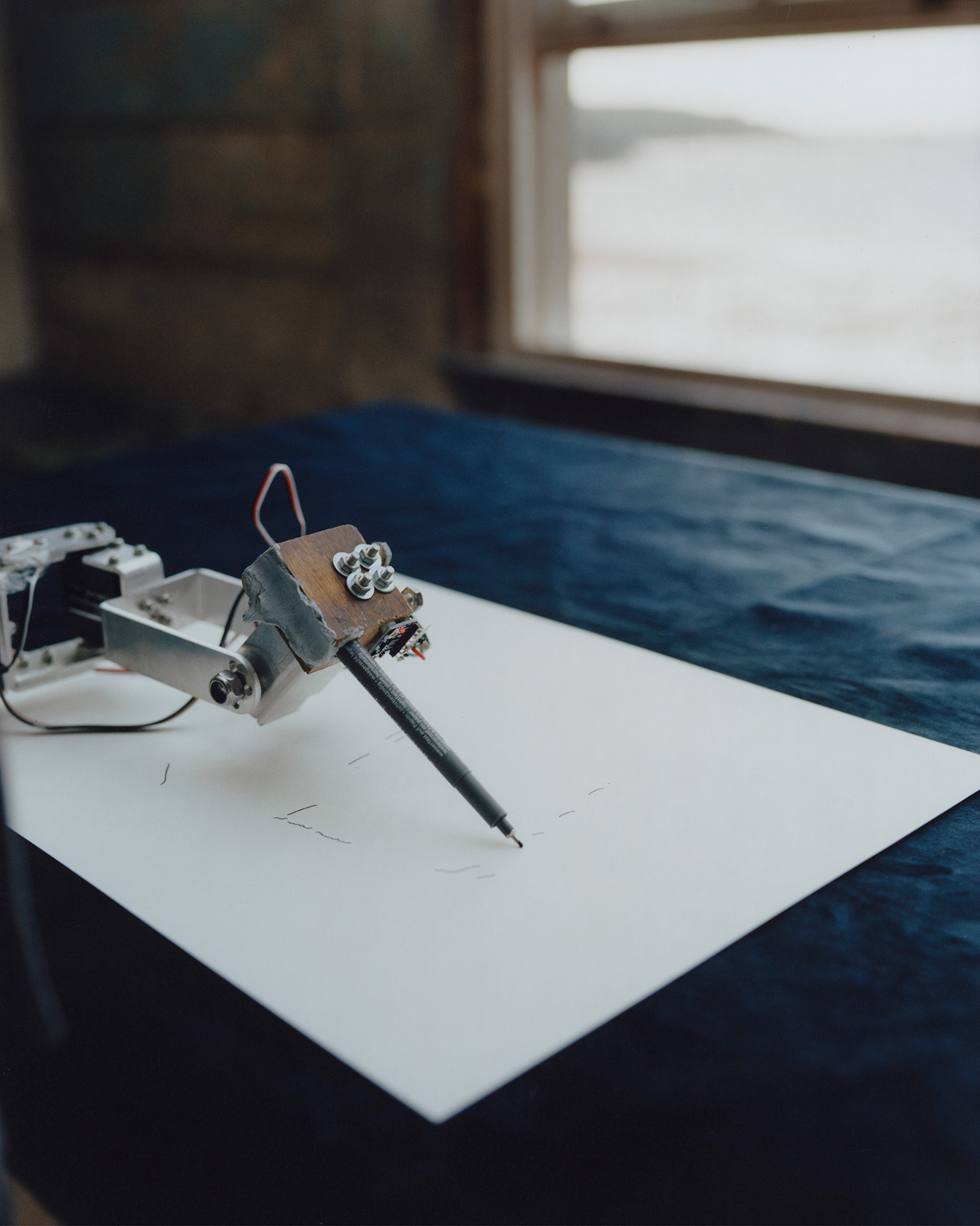 From Porthmeor Studio, St.
Ives
by Ai-Da. Using cameras
in her eyes, machine-learning
algorithms, and a robotic drawing arm, she is able to look at the seascape and interpret what she sees.

AI isn’t the only technology shaking up the contemporary art world. In the months since Beeple’s fully digital artwork fetched a record-breaking $69.3 million at Christie’s, the market for NFTs has exploded. Typically hosted on the Ethereum blockchain, an NFT—short for ‘non-fungible token’—is a unique unit of code stored on a decentralized digital leger that maintains transaction records using a peer-to-peer network of computers. Once an NFT is minted, it can be sold and traded without impacting the circulation of the image, video, or tweet it represents, providing creators with a means to profit from their work outside the gallery system. Though the technological framework to create NFTs has existed for years, their recent popularity in the art world has provoked dialogue about the evolving function of art—what’s the purpose of owning something that anyone can see or download?—and the computing power required to mint them. (Digiconomist estimates a single Ethereum transaction’s carbon footprint at 33.4kg CO₂—about 14 times more than the environmental cost of mailing an art print, but roughly equivalent to the emissions produced by farming a large portion of beef. However, Ethereum is in the process of transitioning from Proof-of-Work to Proof-of-Stake, a more energy-efficient protocol that would significantly reduce carbon emissions.)

“The real value of this framework is hidden underneath the crypto markets. Blockchain allows the authentication of assets not by a centralized regulator, but by a collective—it’s a kind of decentralized direct democracy in action.”

For many, the appeal of blockchain is its new model of ownership—one that could potentially expedite the adoption of environmentally friendly practices by putting power into the hands of the people. “The real value of this framework is hidden underneath the crypto markets. Blockchain allows the authentication of assets not by a centralized regulator, but by a collective—it’s a kind of decentralized direct democracy in action,” says Ralph Cox, who believes blockchain technology could be effectively applied toward environmental regeneration on a local and global scale. “Nature and technology are not as separate as we have perhaps come to believe, nor are humans. Far back in the story of human society, we chose to remove ourselves from nature so that we could exploit it [by extracting resources] for our own individual wealth.”

Cox has witnessed this environmental toll firsthand. He has spent the past two years spearheading a reforestation project on Scotland’s Isle of Skye, collaborating with the local community to restore life to an area that had been stripped of its natural resources. It was there that he came up with the idea for the pilot project Tau—a working title originating from the ancient symbol of life—that could utilize recent developments in 3D spectranomics to measure the biodiversity in a given area and translate these findings into a blockchain-based token (not to be confused with Lamden’s cryptocurrency TAU.) Through this project, Cox aims to align individual financial incentives with the well-being of the planet, while simultaneously providing a tool with which to visualize the abundance of life that surrounds us. Though the technological underpinnings are still in development, this new economic exchange would provide a means of valuing environmental healing just as we value other forms of cultural production that enrich our society (and a means to differentiate it from other methods—such as planting trees for carbon offsetting—that often do little to support biodiversity, an essential aspect of ecological health). It’s a stark departure from our current system, where people and corporations with the power to make a meaningful difference are often the same ones benefiting from the exploitation of natural resources. 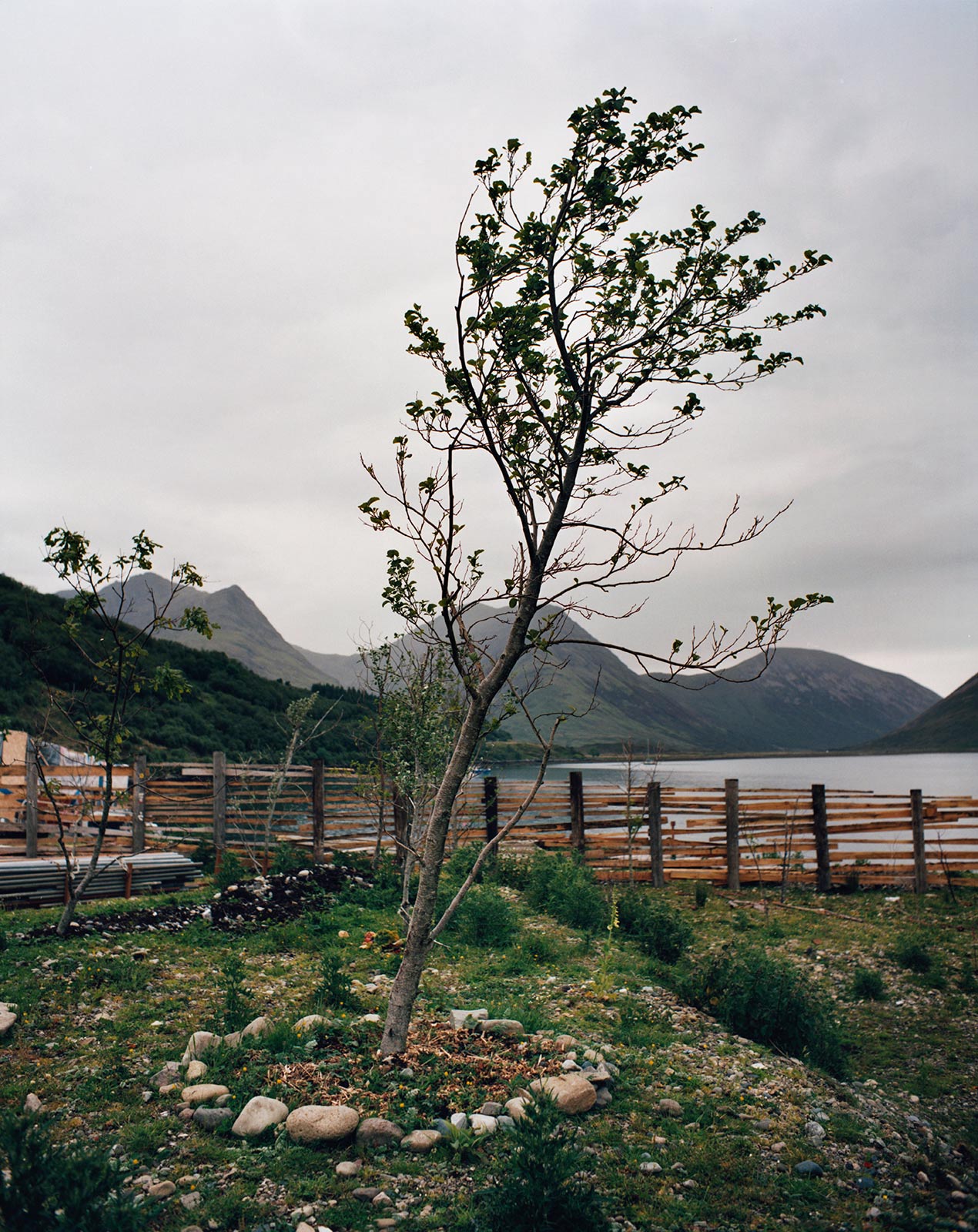 One of the trees Cox planted on Isle of Skye, where he has been spearheading a small reforestation project in collaboration with the local community. Through the process of creating terraces in the earth, exposing ancient seeds, and planting indigenous trees reminiscent of the ancient Celtic rainforest, he has restored life to an area had been barren.

“Currently, privilege remains at the forefront of conservation efforts—and until ecological restoration is fundamentally a profitable enterprise, it will remain the responsibility of wealthy philanthropists, not everyday people,” Cox explains. “It is possible that the technology we need to develop is actually a learning tool to reconnect us with nature and our place within all life. I have learned by looking back at ancient cultures that currency is the story of humanity: memory, language, communication, compassion, trade, energy, beliefs, and the many other beautiful concepts we live by. Because it’s a collective platform, blockchain has the potential to address whatever we deem most important as a society.”

The move toward decentralization doesn’t have to be digital. In nearby London, Hackspace—a nonprofit organization that functions as a forum for collective collaboration, and costs less per month than the  average gym membership—was formed to promote access to science and technology outside of an institutional setting, providing citizens with the tools and physical space to carry out innovative projects (and just have fun.) “Society has made dramatic progress in the last hundred years toward the promotion of education, but at the same time, the prevalence of citizen science has fallen,” Meredith L. Patterson states in A Biopunk Manifesto, a lecture she delivered at UCLA in 2015. “Citizen science has suffered from a troubling decline in diversity, and it is this diversity that biohackers seek to reclaim.”

At Hackspace, the tools of scientific inquiry are available to anyone who wants them—from biologists to hobbyists, contemporary artists, and designers. “In order to work with living color systems it’s essential that I have access to a bio lab and the specific equipment that is available here,” explains Ruth Lloyd, a member of Hackspace whose research centers on how pigments produced by microorganisms can be used in the textile industry as an ecologically sustainable alternative to petroleum dyes. “As a designer, sometimes it’s difficult to work within the spheres of science or technology, but I believe it’s essential for real advancement that there is collaboration between fashion and science.”

“In a way, Hackspace is doing in the physical space what blockchain is doing in the digital space,” he says, explaining that the organization is decentralized and self-policing. “Everyone has keys, and I can go there to work on an idea at 2 a.m. if I want to.” 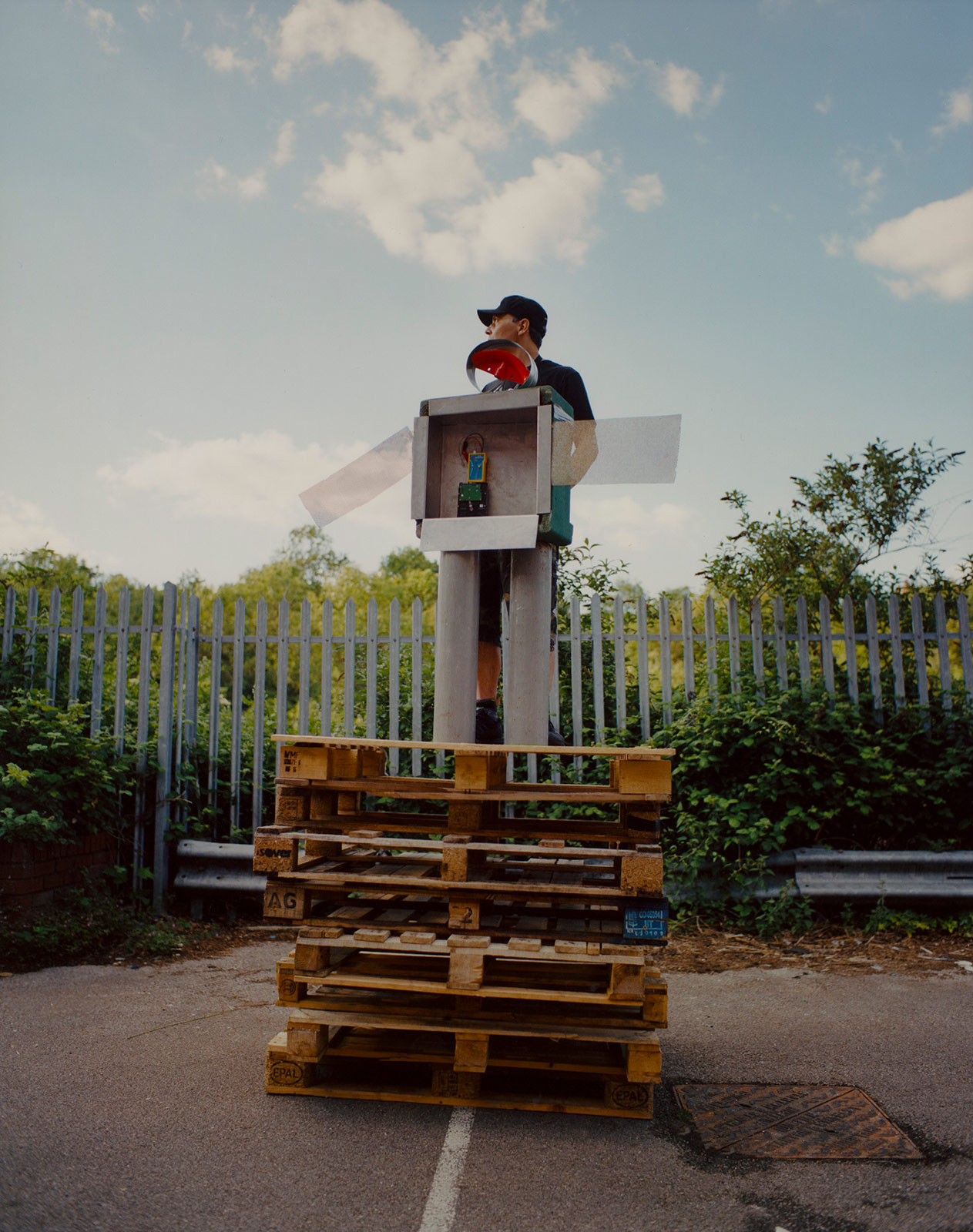 Tonderai Ratisai, a technologist and member of Hackspace for nearly 10 years, has also found it to be a critical source of community. Though he first joined for access to the bio lab, he has since worked on many different projects, even designing his own VR headset from scratch. “In a way, Hackspace is doing in the physical space what blockchain is doing in the digital space,” he says, explaining that the organization is decentralized and self-policing. “Everyone has keys, and I can go there to work on an idea at 2 a.m. if I want to. Providing affordable access for everyday people to experiment with technology helps demystify it,” he says, going on to reference the ideas of prescient philosopher and media theorist Marshall McLuhan.

McLuhan, who famously predicted the World Wide Web some 30 years before it was created—and some 60 years before its inventor, Sir Tim Berners-Lee, sold its source code as an NFT in June—made as compelling an argument for the significance of new technologies as that of any crypto enthusiast alive today. “In a culture like ours, long accustomed to splitting and dividing all things as a means of control, it is sometimes a bit of a shock to be reminded that the medium is the message,” he writes in his 1964 analysis Understanding Media: The Extensions of Man, arguing that new technology should be defined not by the content it is used to convey, but by the change it introduces into human relations. If we take this as true, it seems inevitable that the widespread adoption of experimental technologies will facilitate new modes of interaction and exchange spanning far beyond their current function—and whether decentralized frameworks are being used to promote environmental healing, to democratize access to scientific inquiry, or to sell a robot artist’s NFT, they’re poised to play a critical role in our collective future. 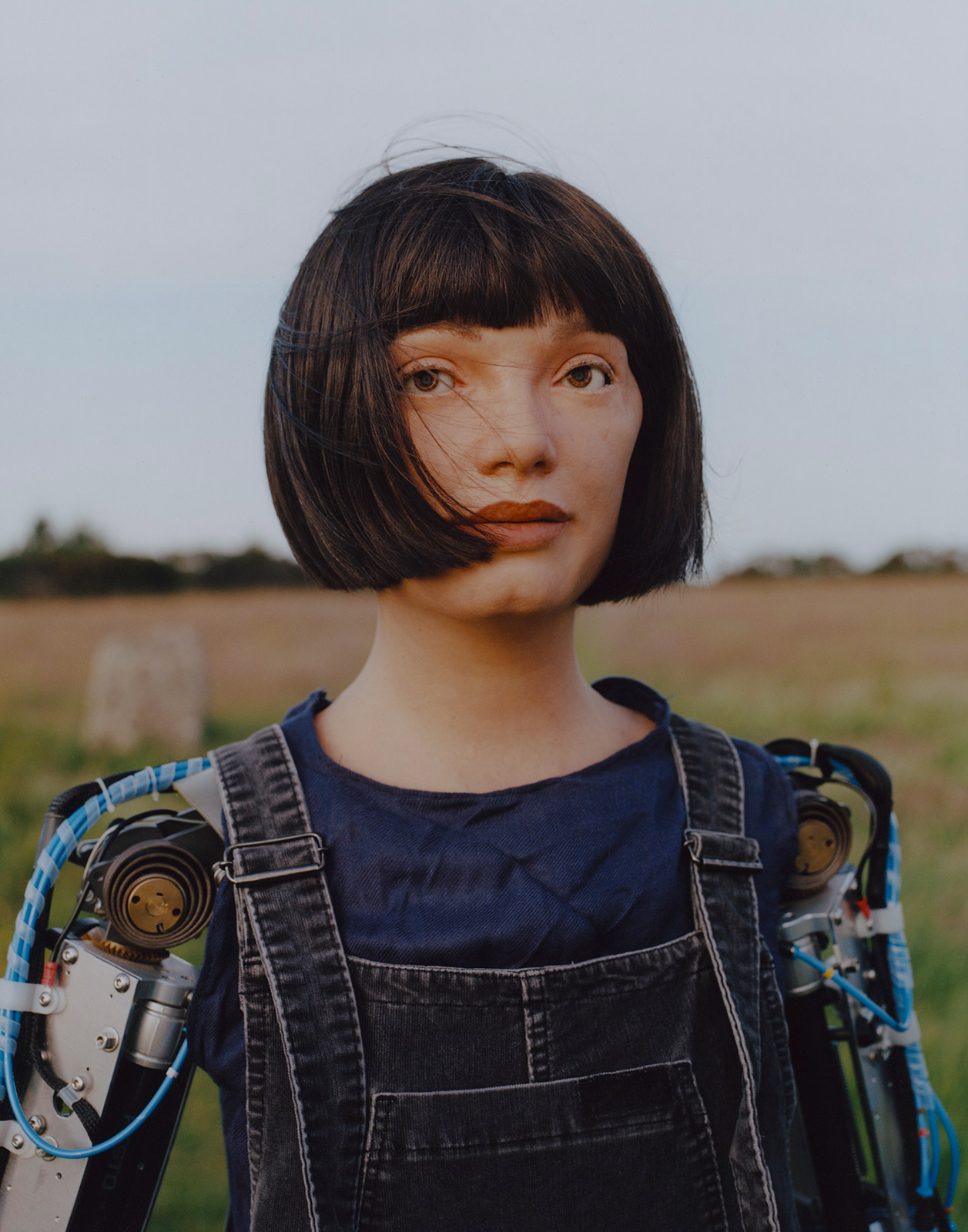 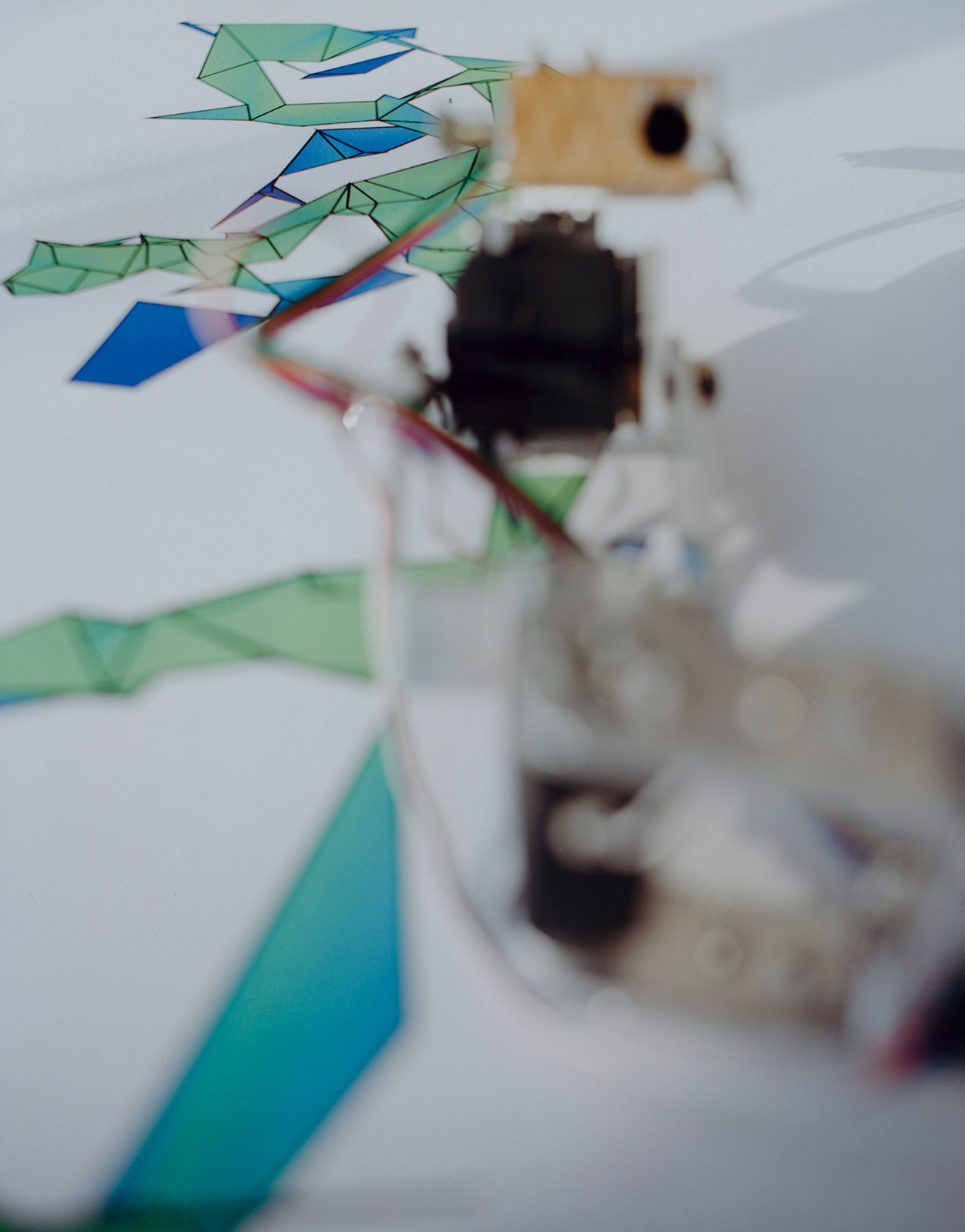 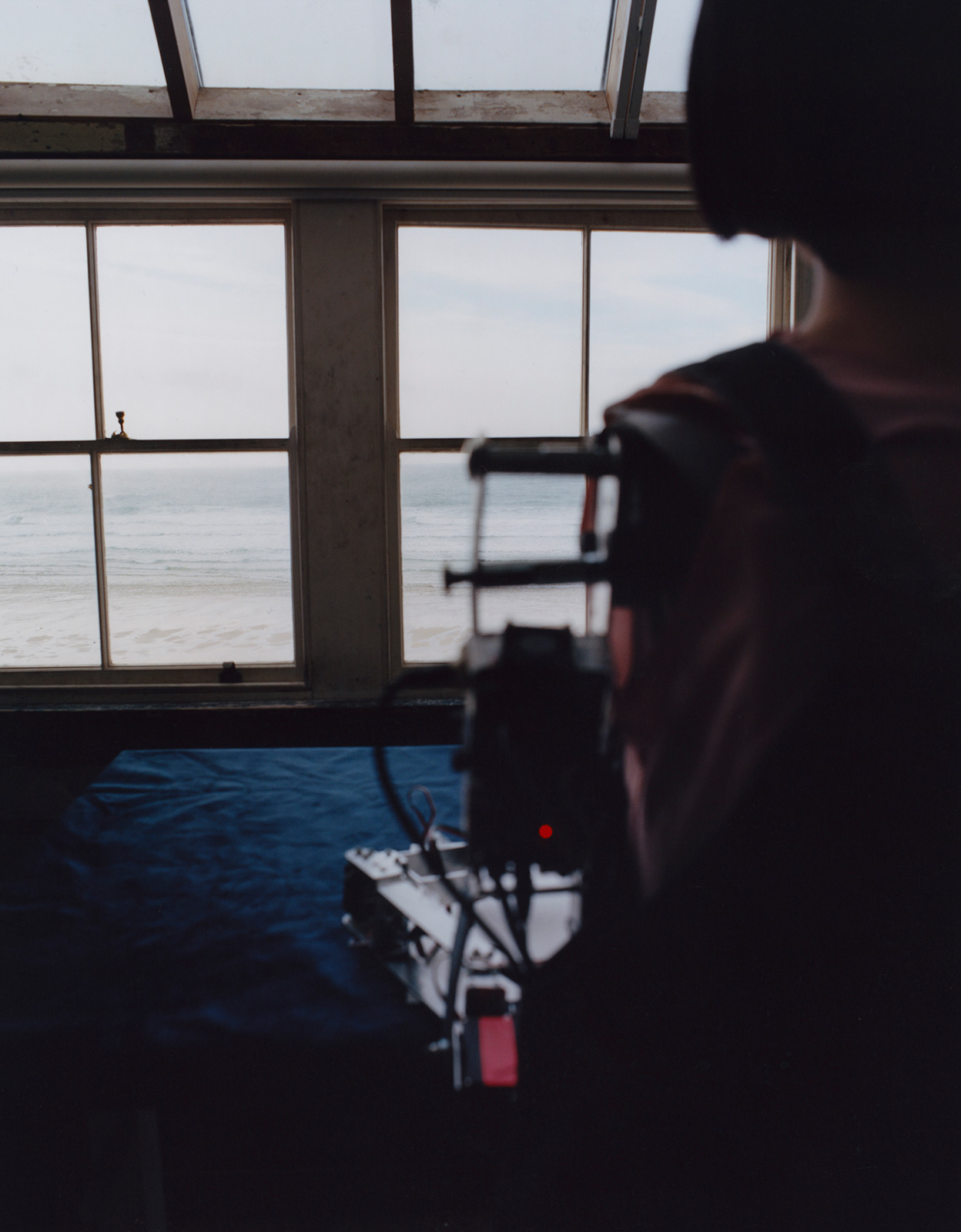 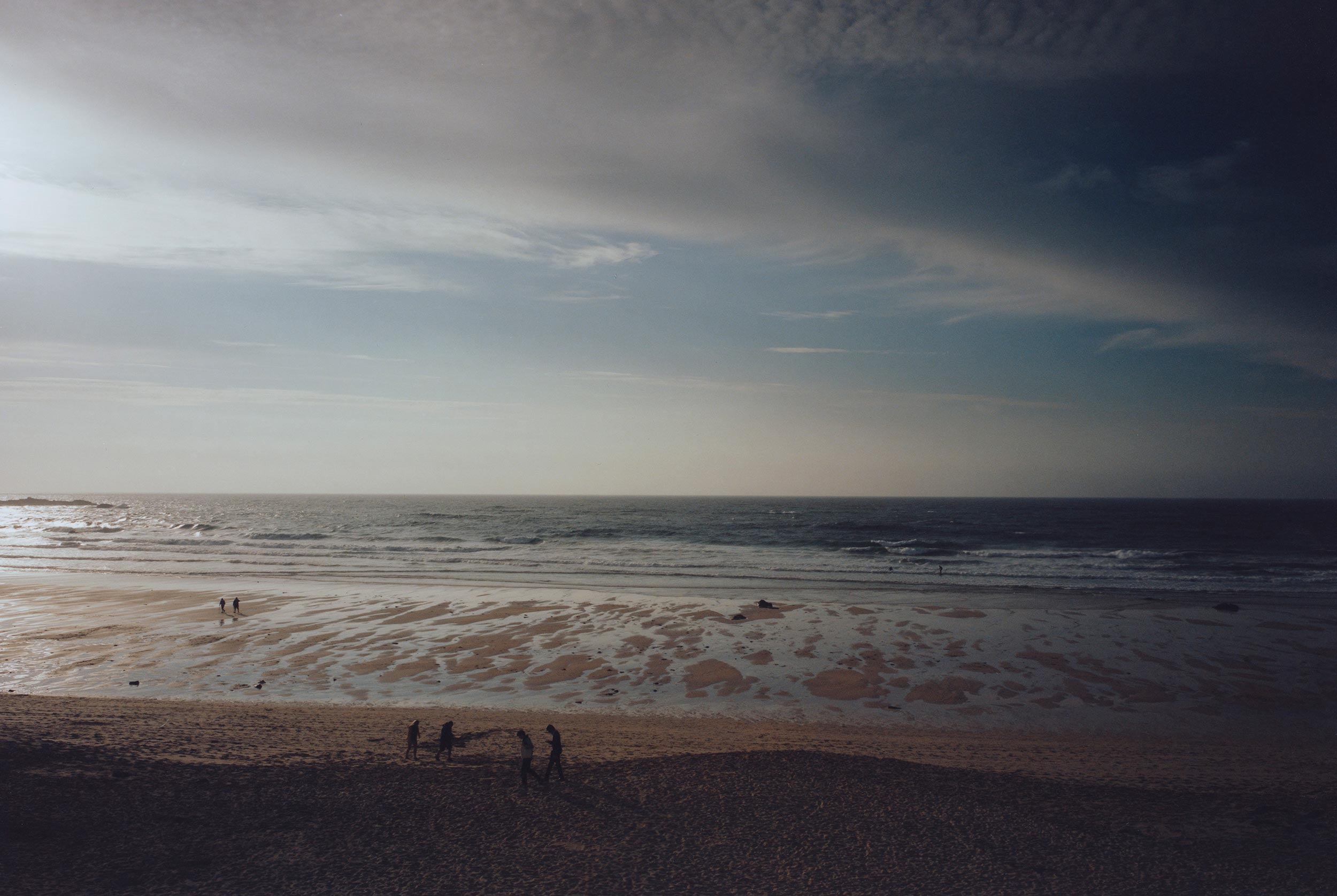 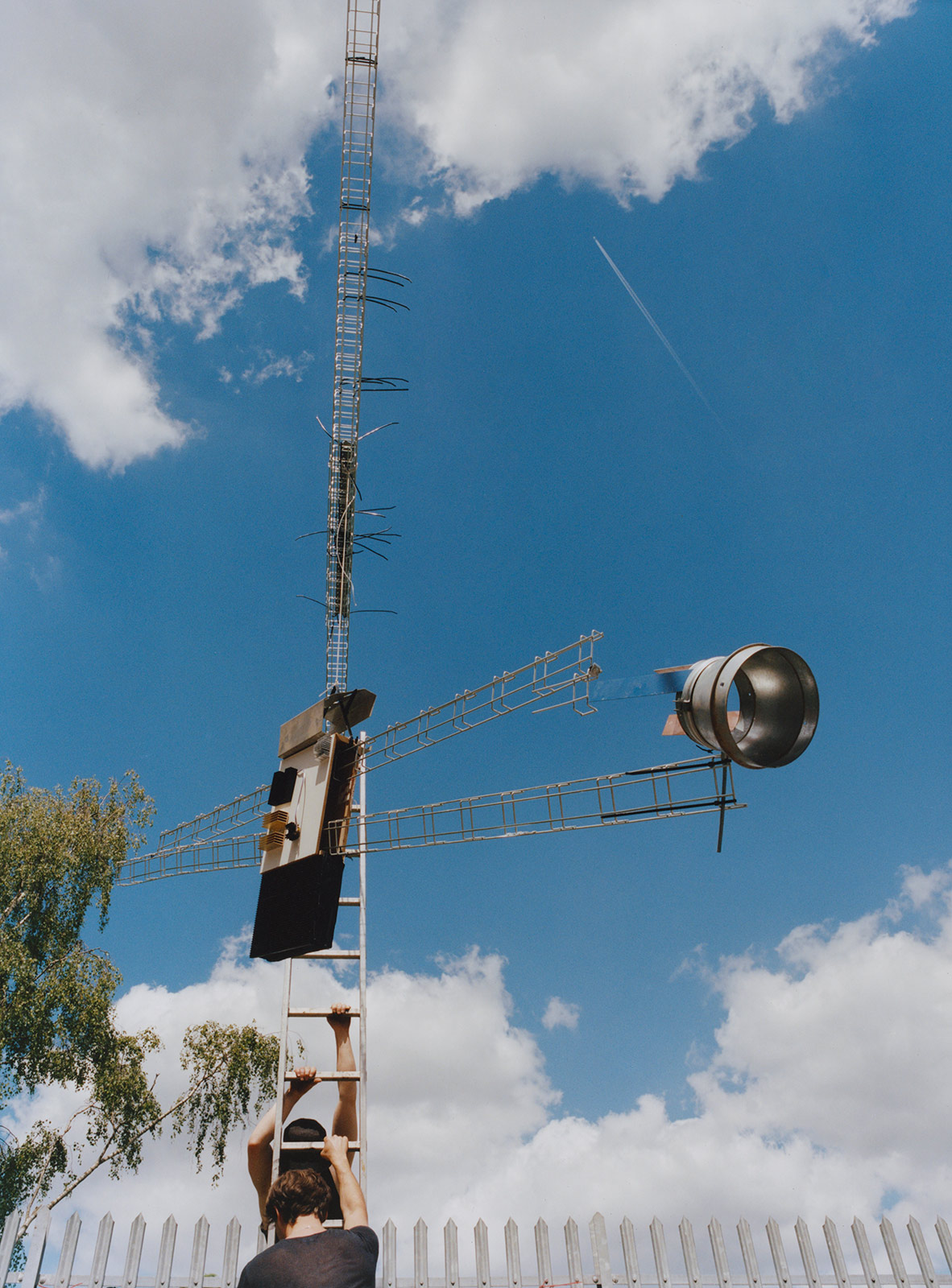 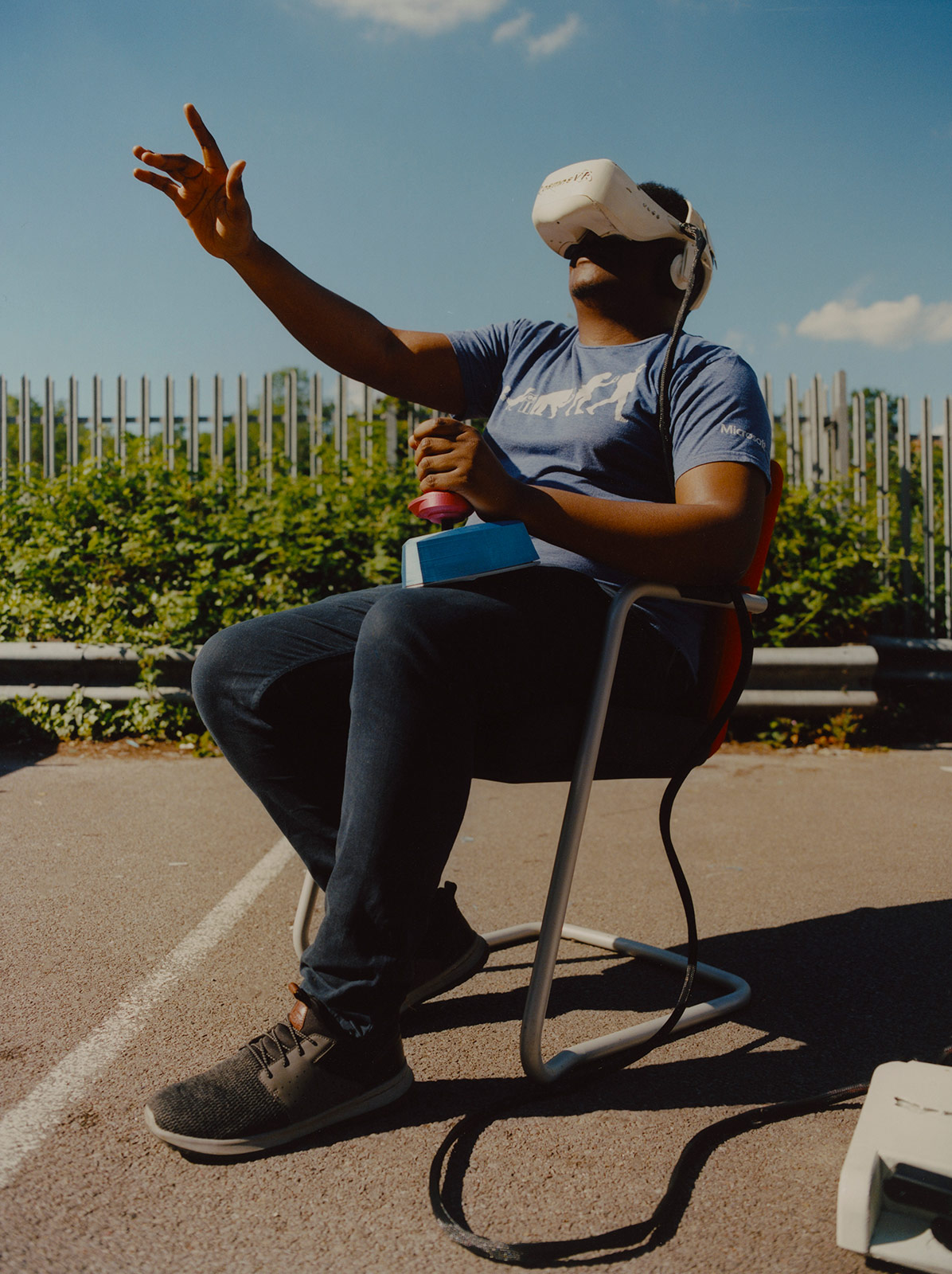 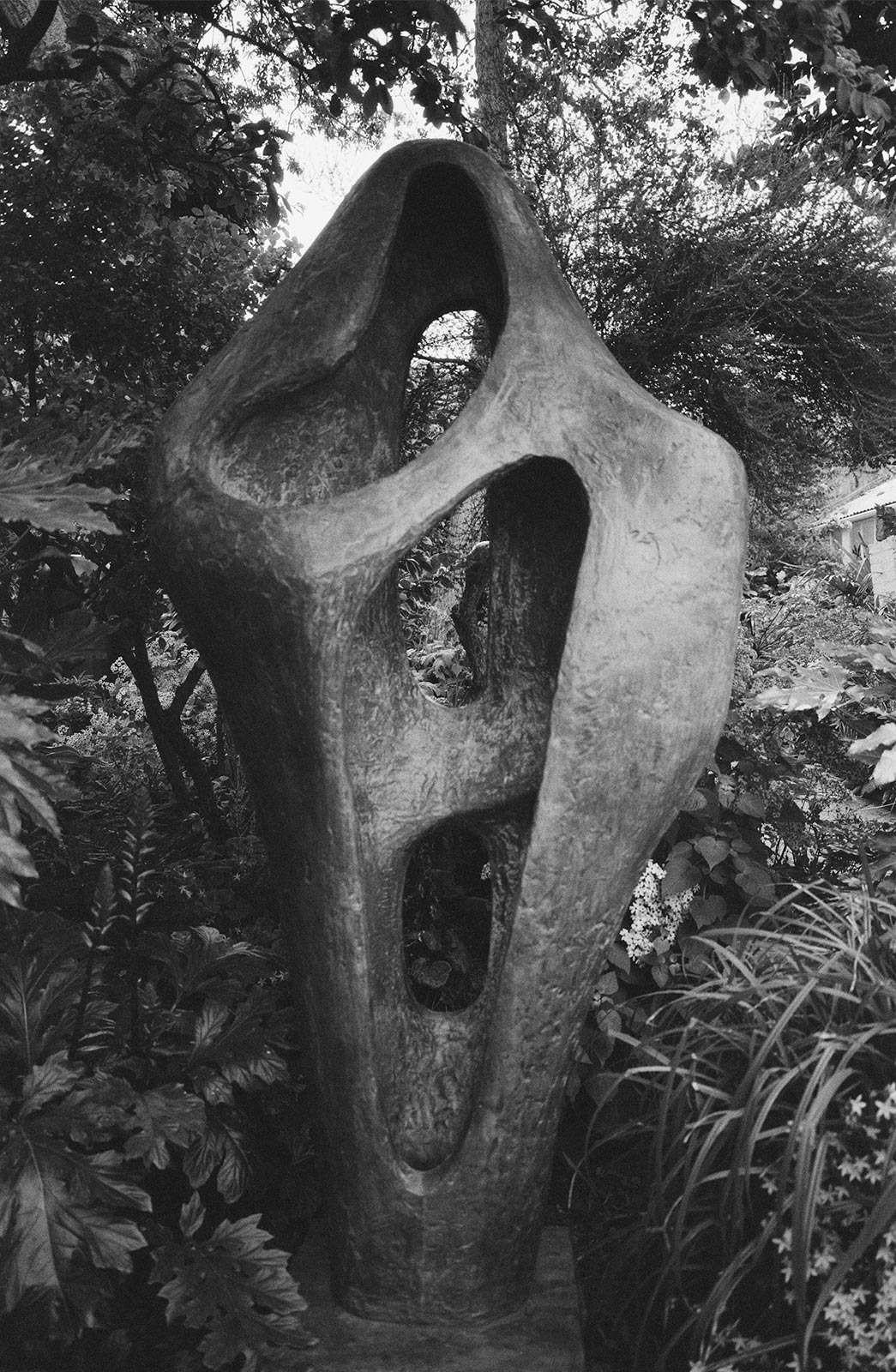 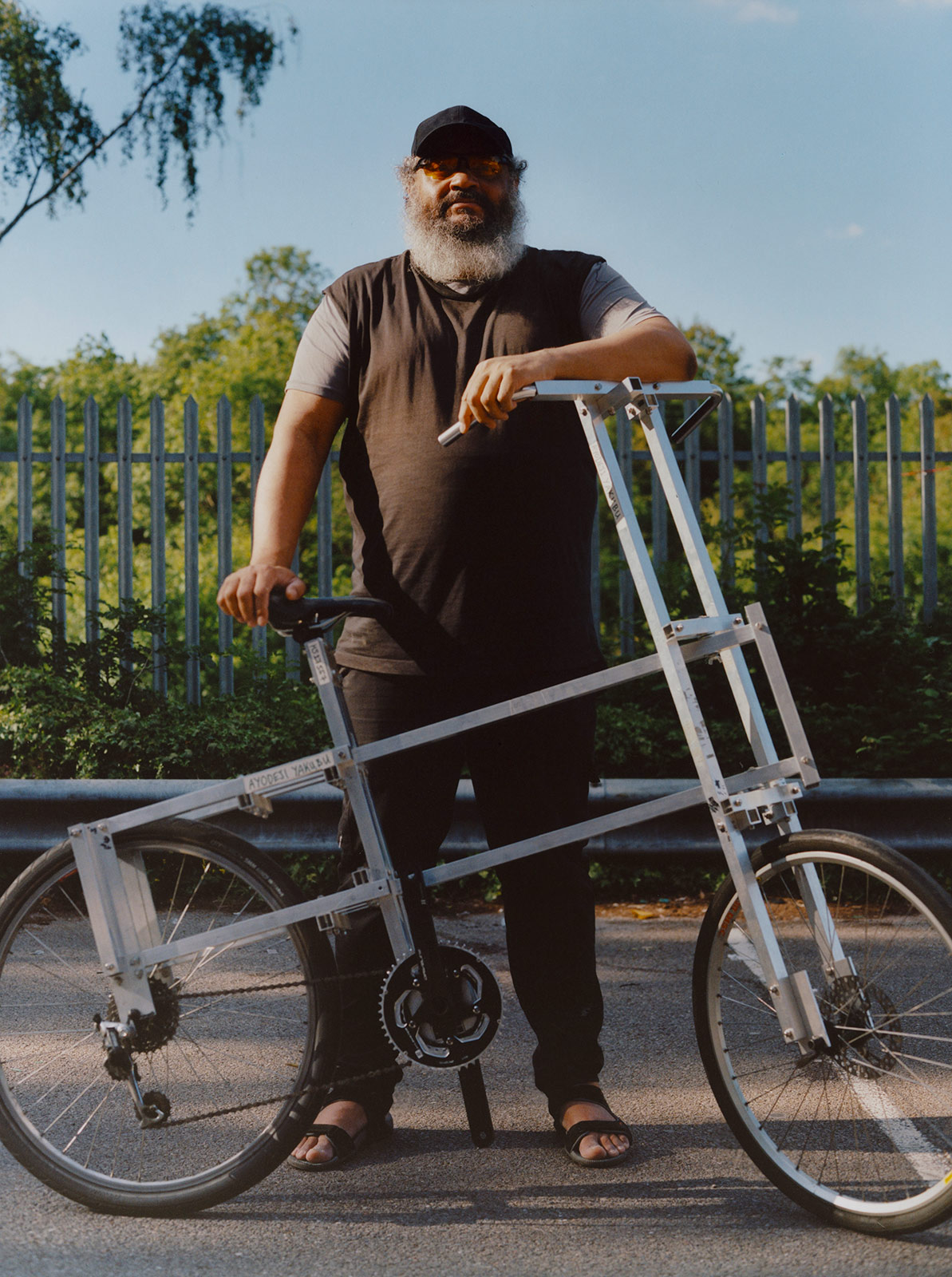 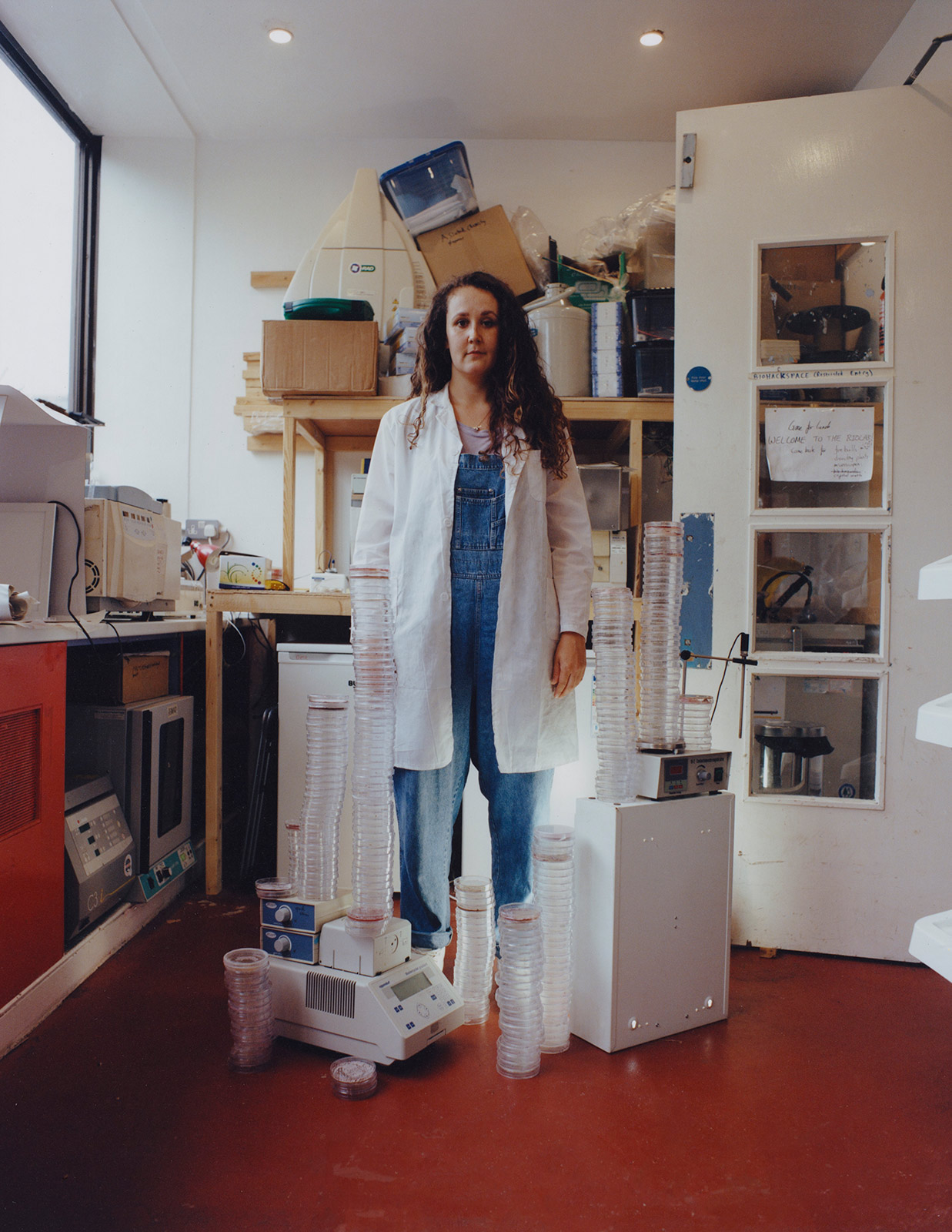 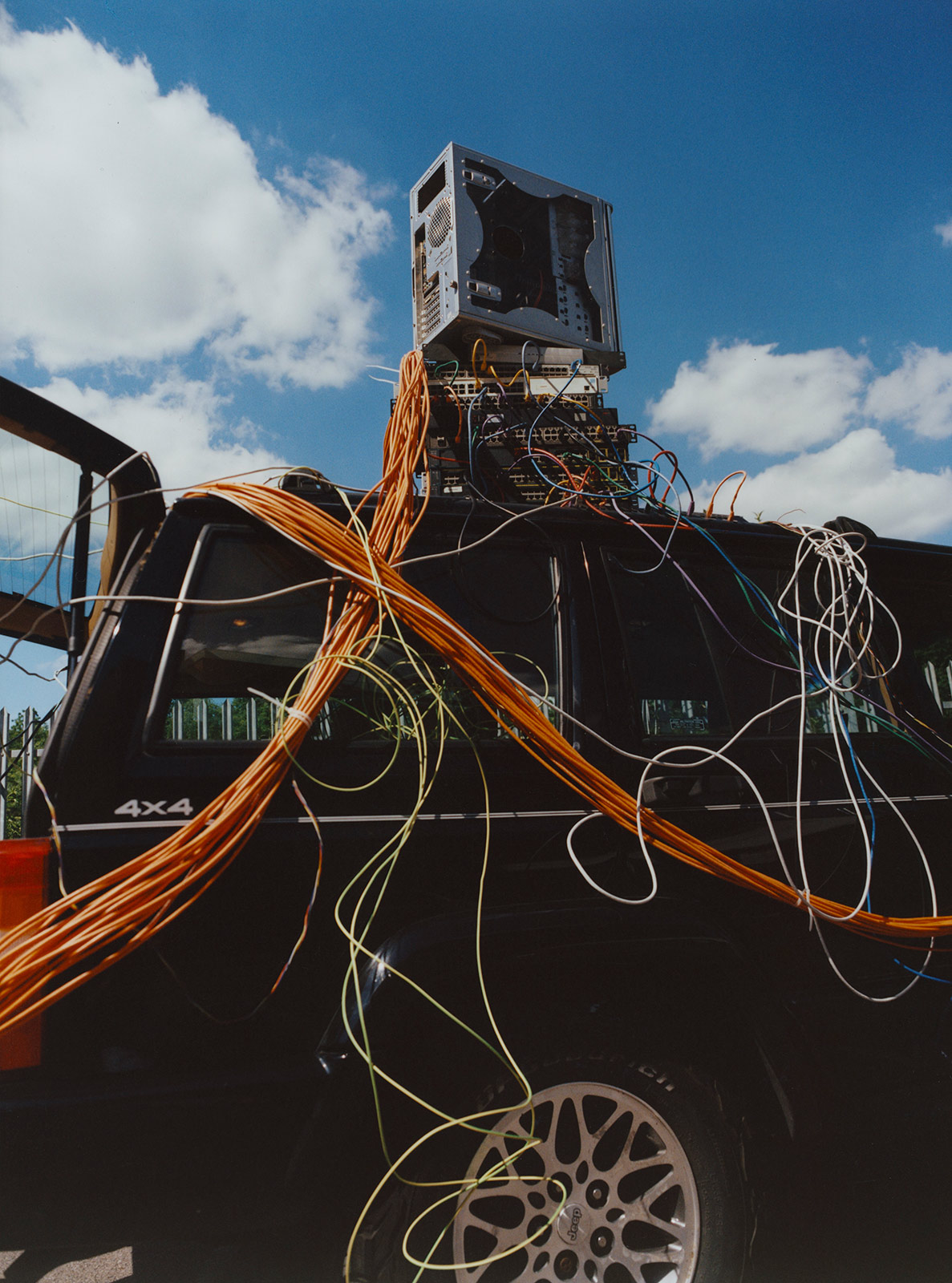 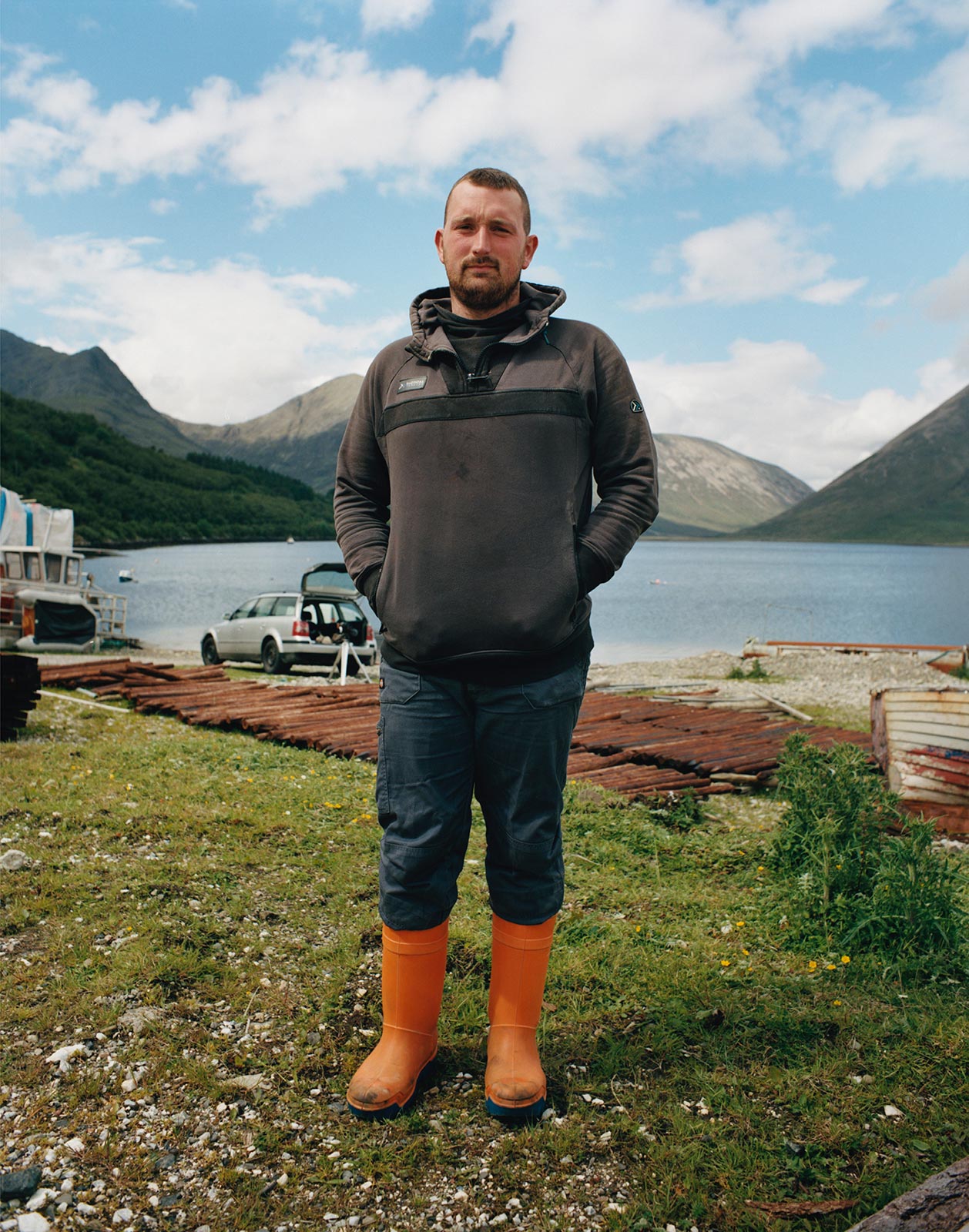 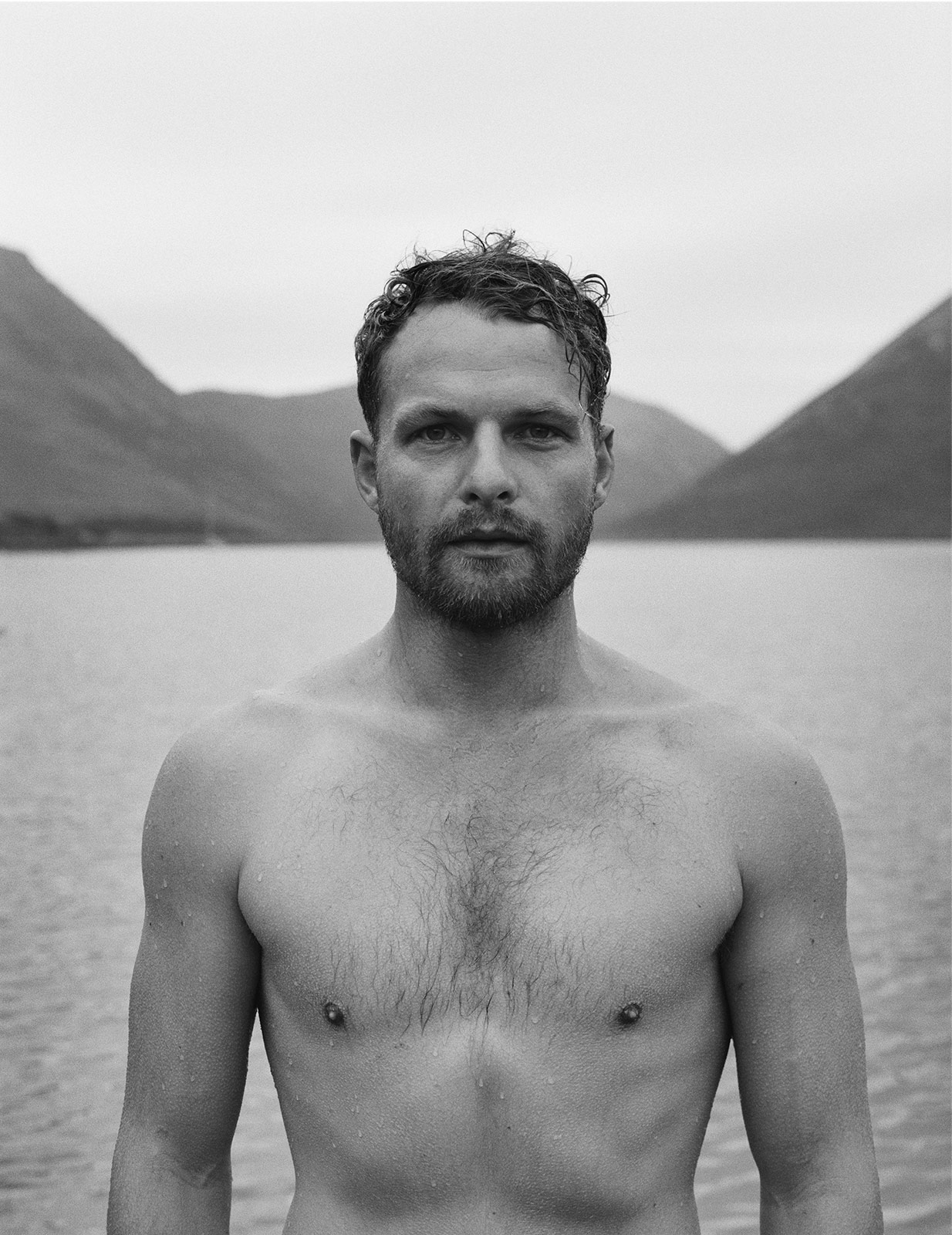 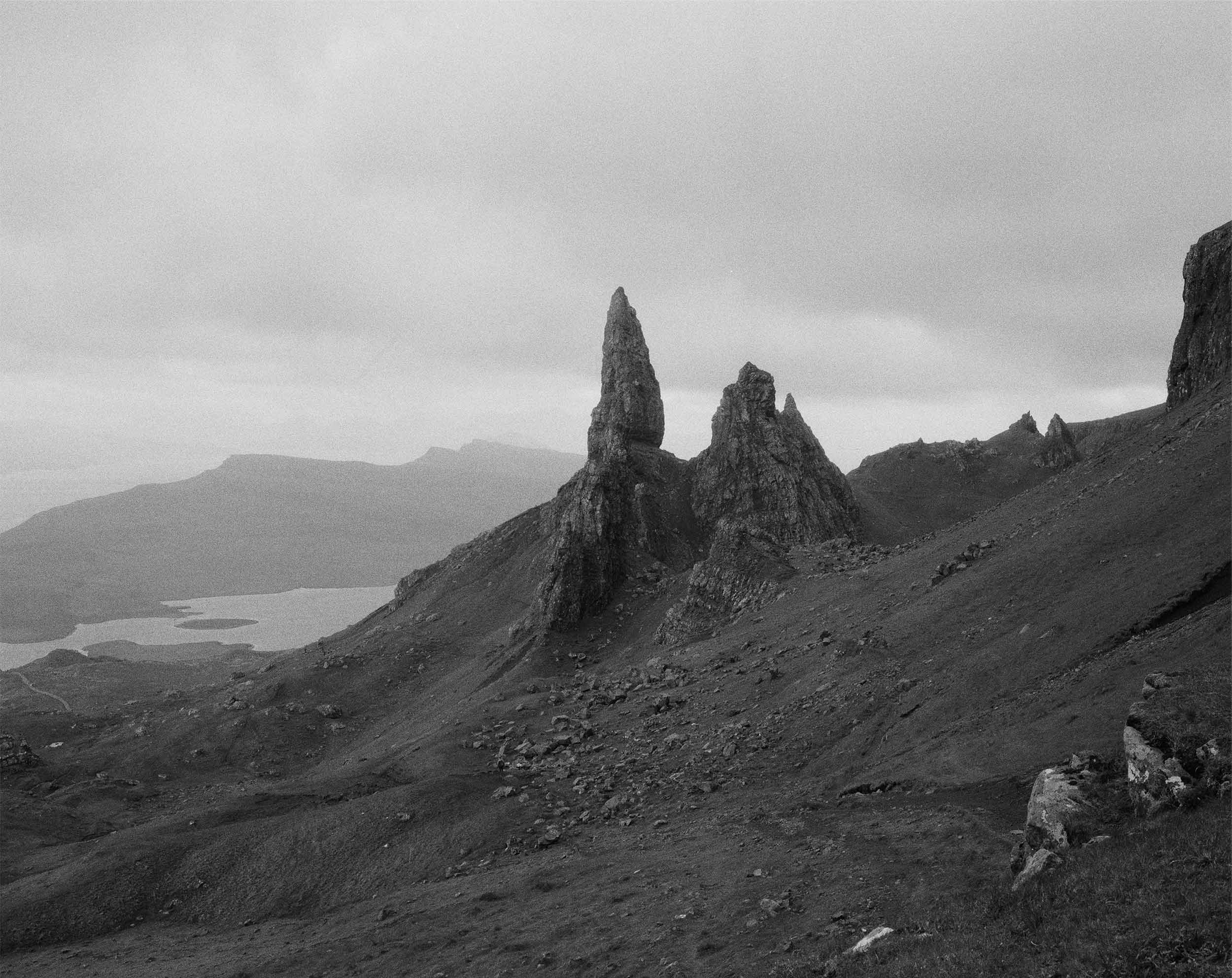 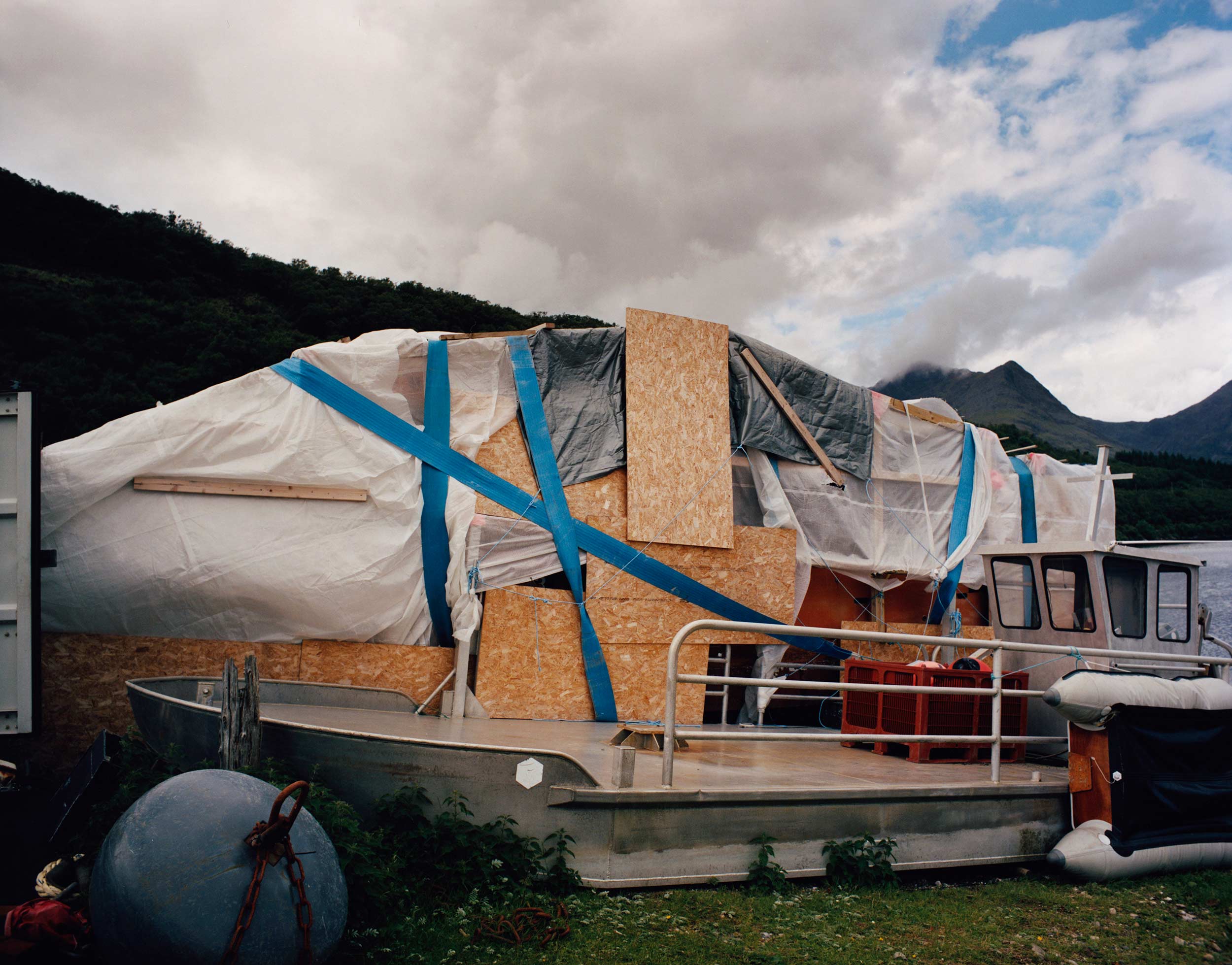 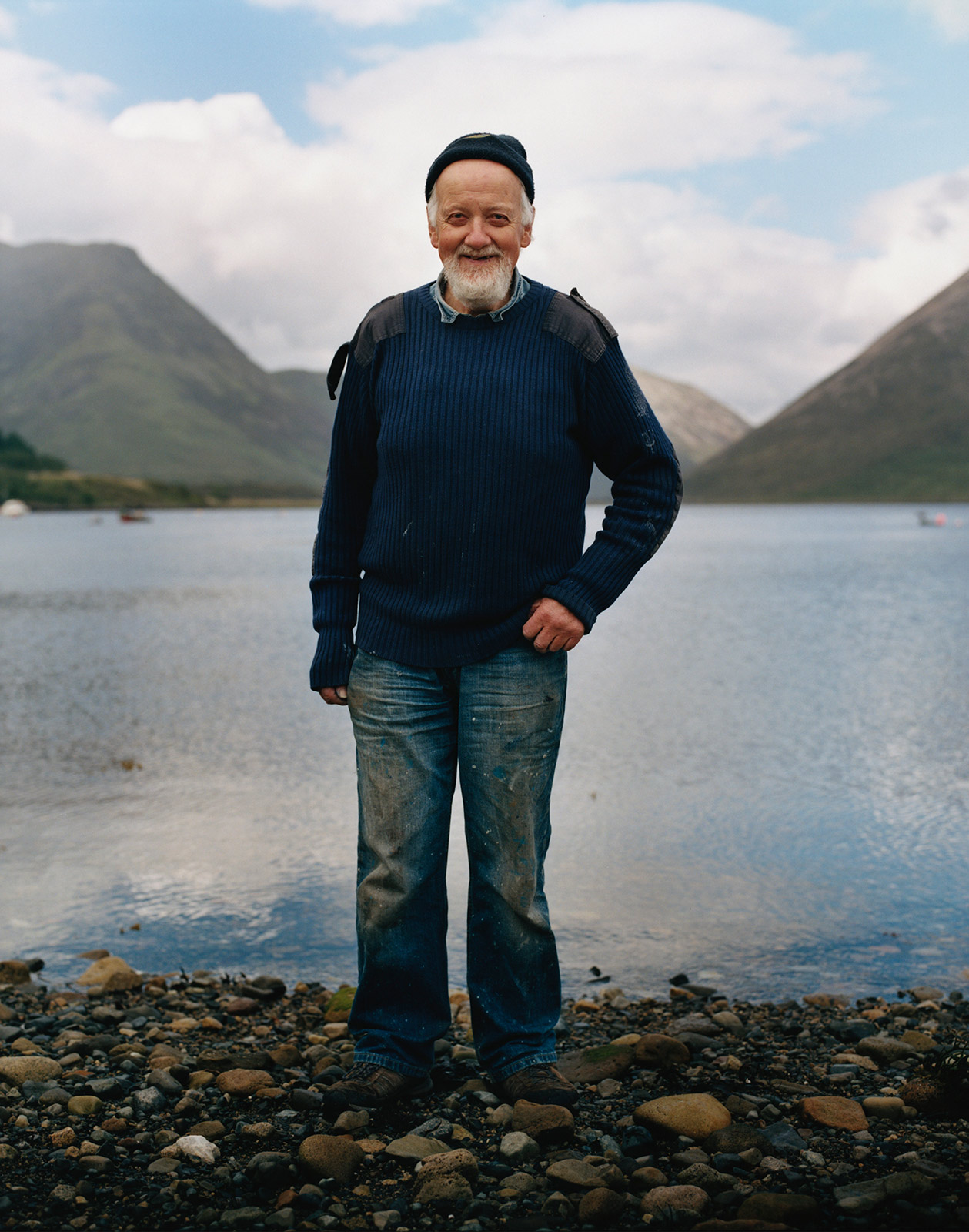 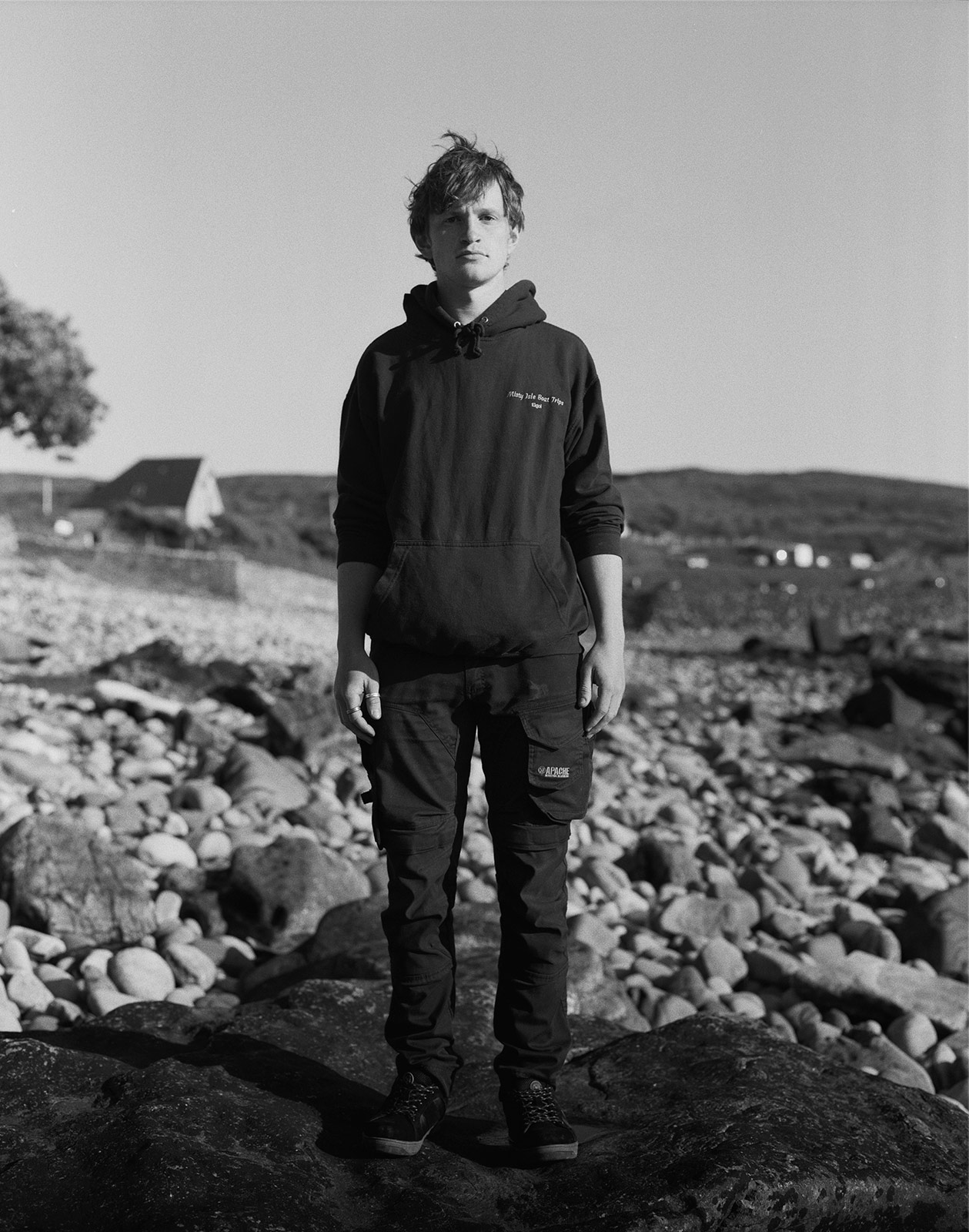 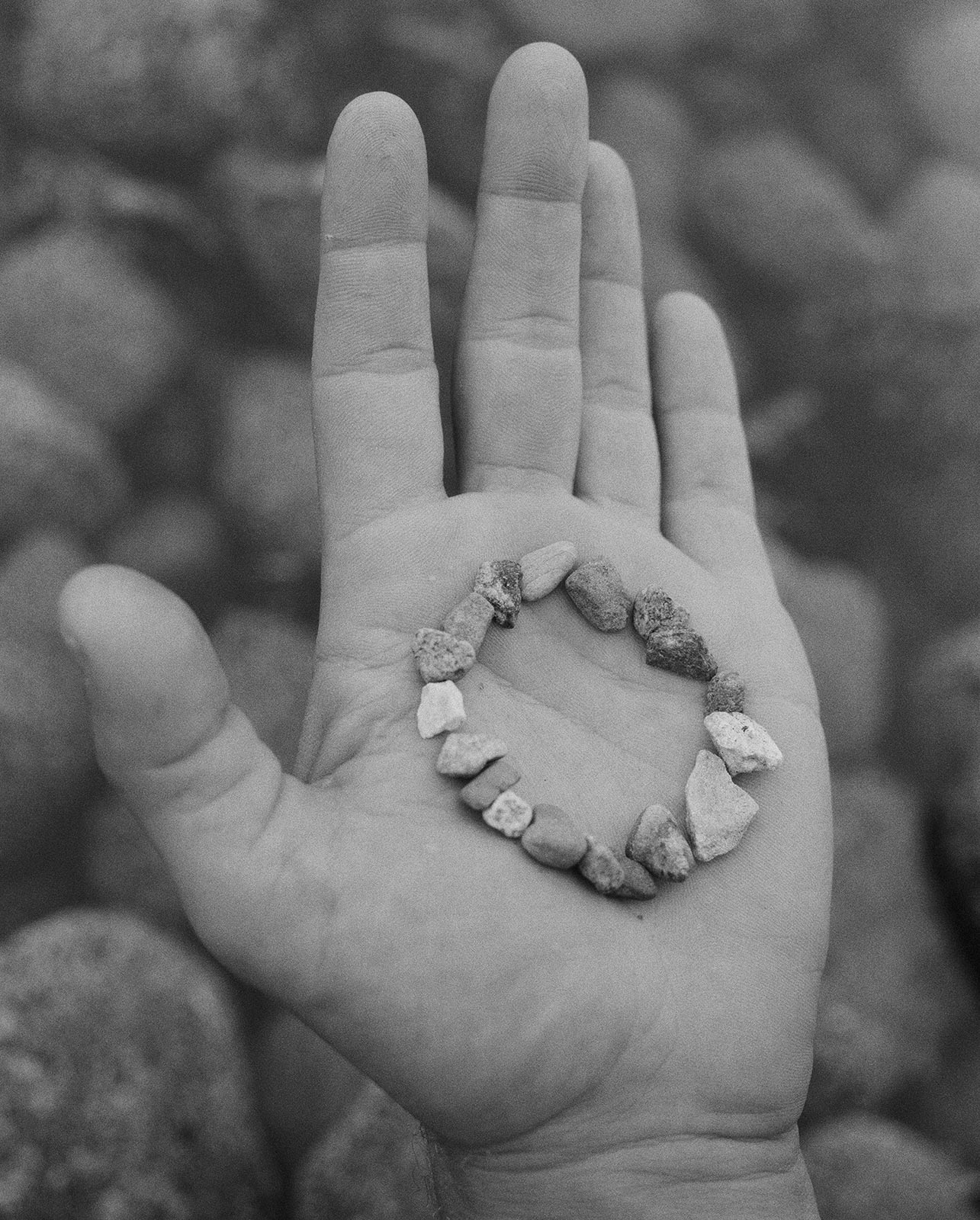 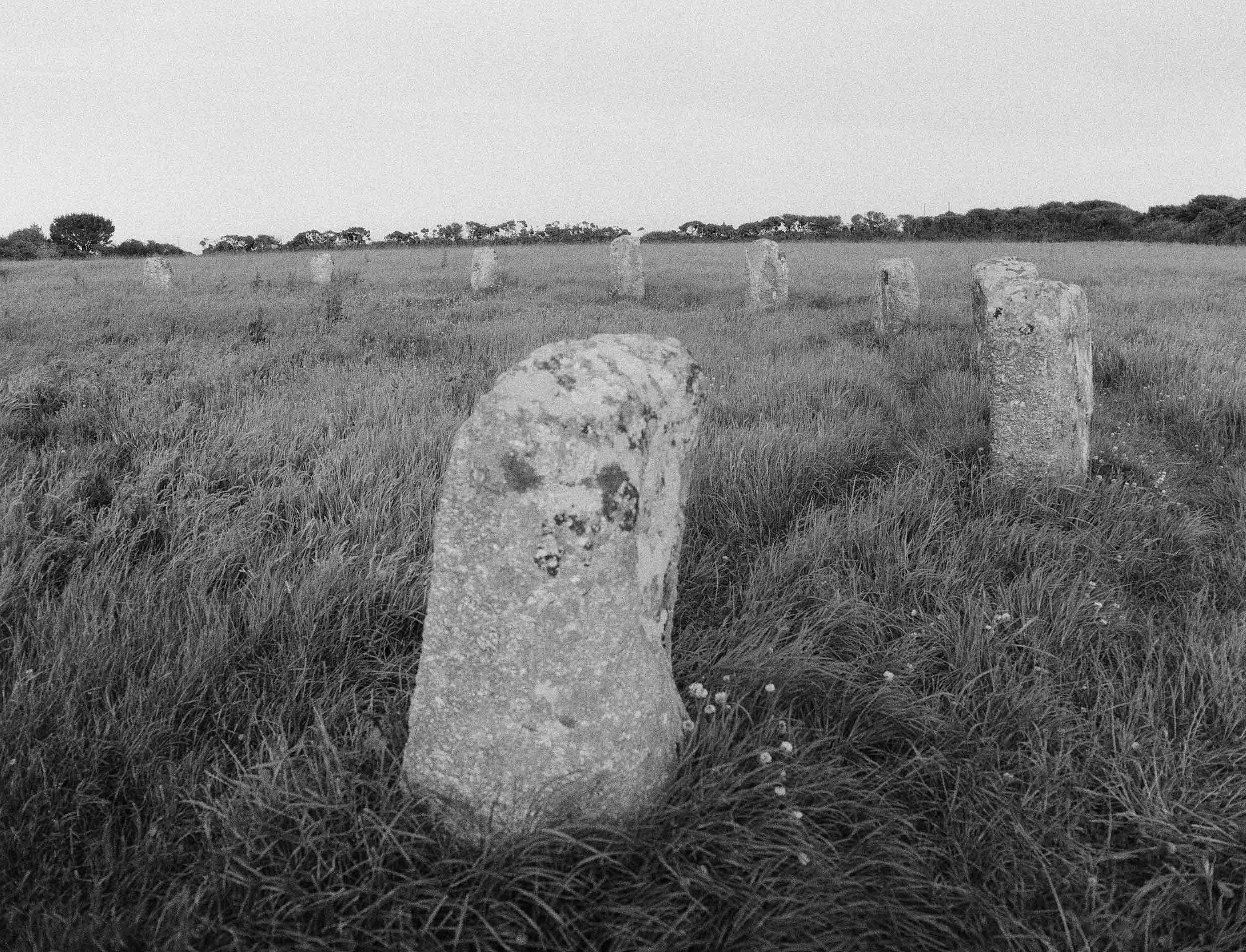