Drawing inspiration from Fendi’s archive, the designer merges the conservative and experimental in his latest collection

Massive Roman arches partially plated with mirrored glass dominate the Fendi showroom on Via Solari in Milan. The long columns reflect, only briefly, glimpses of models as they pass through. The architectural interior is an extension of Fendi’s Spring/Summer 2022 collection. 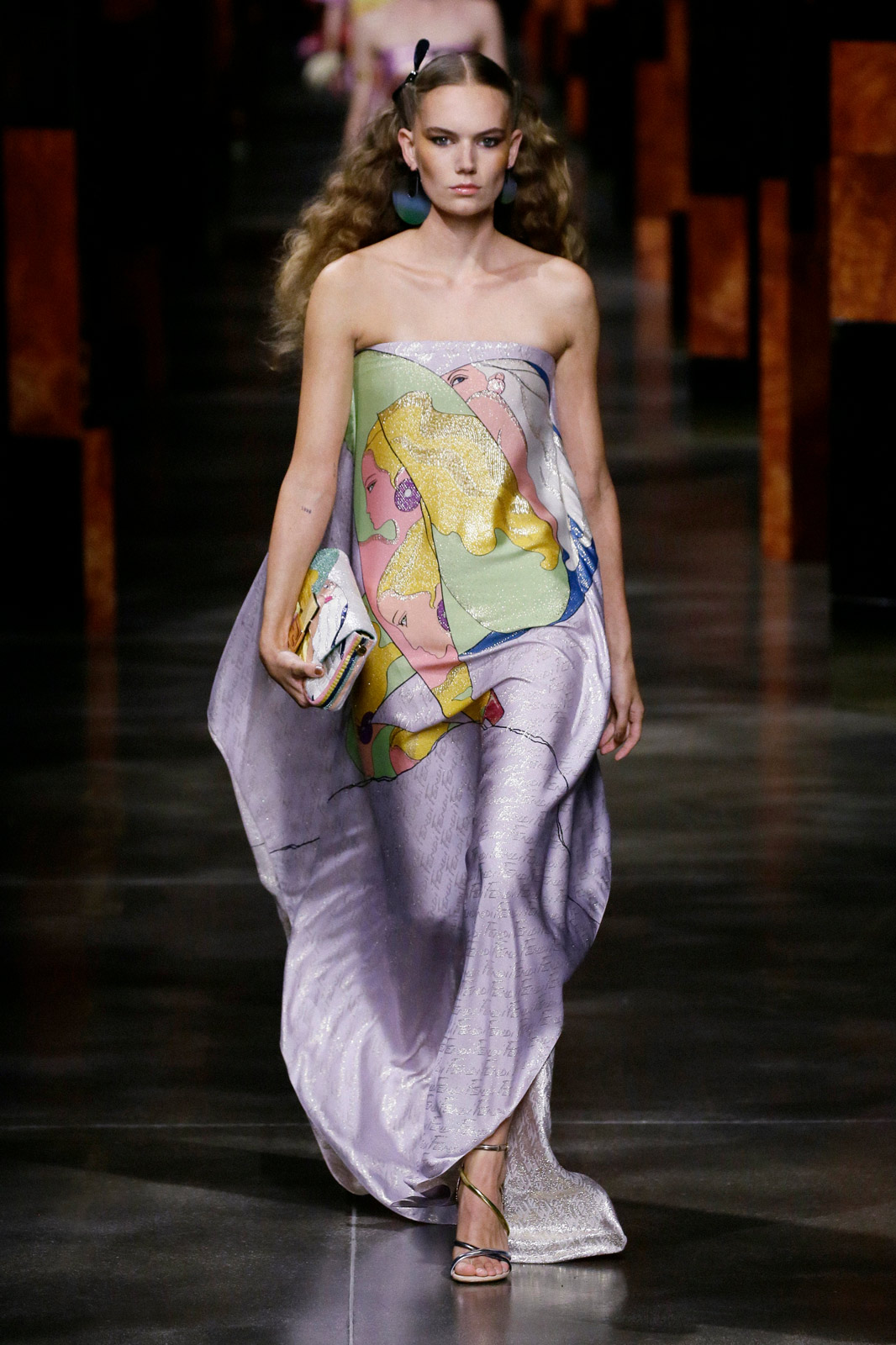 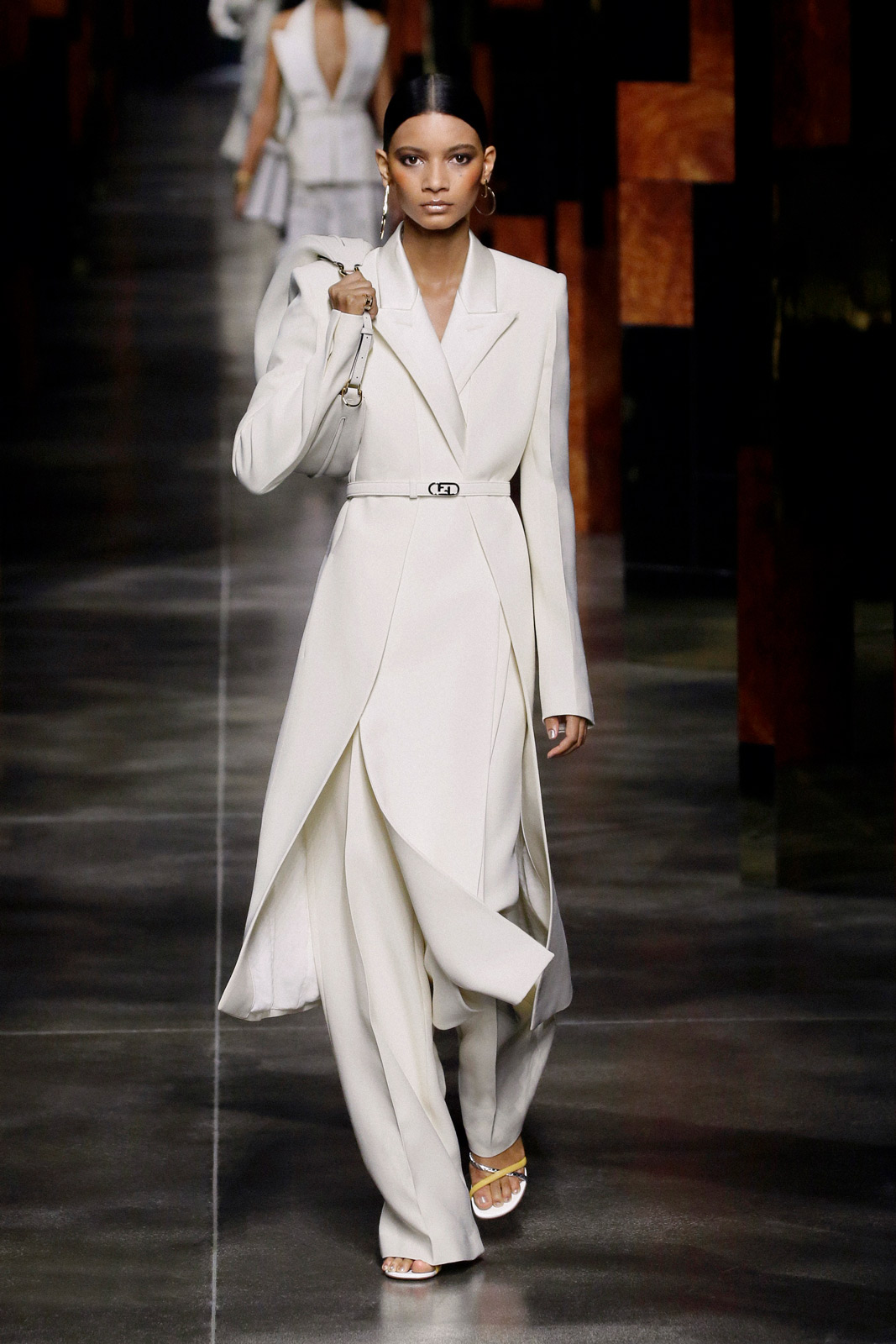 The tasteful merging of two distinctive periods of style—of the conservative with the experimental—is a signature for the designer, who collaborated with New York City skate brand Supreme in 2017 when he was artistic director at Louis Vuitton. For Fendi, Jones turns to his predecessor, Karl Lagerfeld, for inspiration. Or, rather, turns to Lagerfeld’s inspirations for inspiration.

A hand-sketched logo from Antonio López, a friend and artistic contemporary of Lagerfeld’s, was excavated from Fendi’s archives as a point of definition for Jones’s new collection. “He was forward thinking; inclusive; looked up to by everyone from Andy Warhol to Steven Meisel and David Hockney,” Jones says. “I wanted to introduce him to a new generation.”

In partnership with the Estate and Archive of Antonio López and Juan Ramos, the creative director revived Lopez’s work. His brushstrokes and sketches are printed onto silks and leathers and engineered into laces and jacquards. López’s work reflected the spirit of the women who surrounded him. The confident energies of Jerry Hall, Tina Chow, Pat Cleveland, Bianca Jagger, and Grace Jones emerged through López’s art, and now, emerge in Fendi. “The López woman, and the Fendi woman, is empowered,” Jones emphasizes. “She’s someone of her own making.”