Photography and styling by
Mona Haidar

Collaborating with real-life friends, the image-maker and stylist articulates a vision of hijab-wearing women that goes way beyond ‘checkbox diversity’

“As hijab-wearing women, we are rarely afforded our own stories within the fashion industry. How are we considering the art Muslim women want to produce beyond the Orientalist stories we are often met with?” Mona Haidar asks me over Zoom, as she sits in her brightly lit flat in London wearing a white jumper crocheted by her mother. “If I see one more shoot with a Persian rug hung up…”

As a Yemeni-Lebanese image-maker and stylist, Haidar, who is currently completing her architecture degree at Central Saint Martins, has worked to connect Muslim women across the world, both in her personal and professional life. She previously worked within architecture and set design before pivoting full-time to fashion as a stylist early last year. Additionally, Haidar has recently been working as a creative director of hue, a skincare brand designed for people of color, which she co-founded with Dr Hani Hassan.

“The act of putting on the hijab is so personal for each person, and feelings associated with wearing the hijab are reflective of each person’s connection to their creator. This is often a conversation that is ignored and diminished by the oppressive Western lens when discussing representation of hijab-wearing models or women in general. Self-expression is a reflection of my soul, an expression of my being, and I have the autonomy and intellect to reveal who I am in whichever way I want to,” Haidar says.

Haidar emphasizes the amount of work that needs to be done beyond putting hijab-wearing models on runways. Often, she says, tokenism only creates further problems: “It is dehumanising, in a way, to only ever be asked to share your experience as a Muslim woman—this almost suggests that your existence is only valuable when your visual identity is presented in a palatable, reductive, and distilled form.”

Haidar’s fashion portfolio for Document sees her experimenting with the relationship between form and light. “For the fashion, up-and-coming designer Joshua Ewusie customized a multilayered garment referencing an old abaya draping method, playing with the fluidity of the fabric and the manipulation of volume,” she explains. “For the photography, I experimented with the liquidity of light and how that medium can be poured into an image to articulate what you are trying to capture. The image now becomes the physical interaction of all these elements.” Makeup-artist Ardo Muse uses beauty as a means of pulling and pushing where the light sits, while model Fadhi Mohamed moves her body through long-exposure images to morph the layered interaction between shadow and light.

Last November, Somali-American model Halima Aden who was the first hijab-wearing model to be signed by IMG and later became the first hijab-wearing model on the cover of several magazines, took to Instagram to announce that she would be stepping back from the fashion industry. In a series of posts, Aden specifically noted how her hijab and clothing was styled in such a way that did not align with her religious beliefs. From wearing jeans on her head as a hijab on one shoot, to being forced to wear Gucci pants as a turban, Aden described being constantly depressed as she was “removed” from the images.

Since Aden’s exit from the fashion world, many have called on the fashion industry to work more with Muslim stylists, and to style hijab-wearing models in a way that does not compromise the model’s identity and beliefs. Haidar also published an open letter across her own social media channels. “Our hijabs should be visible and not hidden under a plethora of accessories or alternatives,” she wrote. “We should style Muslim women with acceptance and pride. We exist beyond the daydream of a beautiful fashion image.”

The absence of visibly Muslim women in the fashion industry, until very recently, has made Haidar feel excluded from this space. But, she says, lazy attempts at representation can be no less harmful. “Visually, it is often hijab-wearing women who are representatives of Islam, and so Muslim women bare the brunt of all these depictions—or lack thereof—in the fashion industry,” Haidar explains. “Our identities have been politicized and people so regularly project their own narrow ideas of Muslim women onto them. Our stories are constantly being told by people outside of our community looking in.”

Haidar is not afraid to call out the fashion industry for its tokenistic practices. For her, fashion is guilty of participating in ‘checkbox diversity,’ failing to understand the wide scope of Muslim women’s existences. Haidar puts this down to Islamophobia in Western media, which, she says, “has undoubtedly played a huge role in the alienation and oppression of Muslim women, both in fashion and beyond.”

In Muslim Women don’t need saving: Gendered Islamophobia in Europe, Nawal Mustafa explains that conversations around how Muslim women dress are constantly riddled with gendered Islamophobia, in such a way that Muslim women are either are presented as “violent” or as needing to be saved. “In the post 9/11 era, political discourse increasingly pointed towards an apparent incompatibility between what it is to be European and what it is to be Muslim; it seemed impossible to be both,” the author writes.

The fashion industry has, as Haidar points out, come to the realization that ‘modest’ fashion is profitable. Brands from Burberry to Tommy Hillfiger are now demonstrating an interest in widening their target audiences by tapping into a growing ‘modest’ fashion market. There are more attempts being made by Western designers to understand Muslim consumers. According to the most recent State of the Global Islamic Economy report, the global modest fashion industry is expected to jump to $382 billion by 2023, up almost $100 billion from 2018/2019.

According to Reina Lewis, professor of cultural studies at London College of Fashion, such statistics have created a desire among brands to include more hijab-wearing models in their campaigns. “Any time a model appeared in a hijab in an online campaign it went viral within seconds,” Lewis told The Economist in September 2020. “So it has become very clear to brands that there’s a huge appetite among religious consumers to feel seen.”

Throughout our conversation, Haidar makes it clear that she wants to work horizontally across fashion, and to champion individuals from Muslim and other minority backgrounds in the industry. Everyone Haidar collaborated with for this portfolio was a friend of hers, and it is this sense of community and collaboration—not the tired “Muslim creative” label—that defines her distinct creative ethos.

“Titles and labels, in society today, are so limiting,” Haidar says. “I think it’s time we shed this linear way of expressing who we are. I am a multi dimensional person with depth, expression, emotions, and flaws—I am not an infallible person. I am still discovering who I am and exploring the realm of my creative identity and the tools of my visual language. This project is the start of that exploration, and I hope this industry allows me and my peers the space to do that limitlessly.” 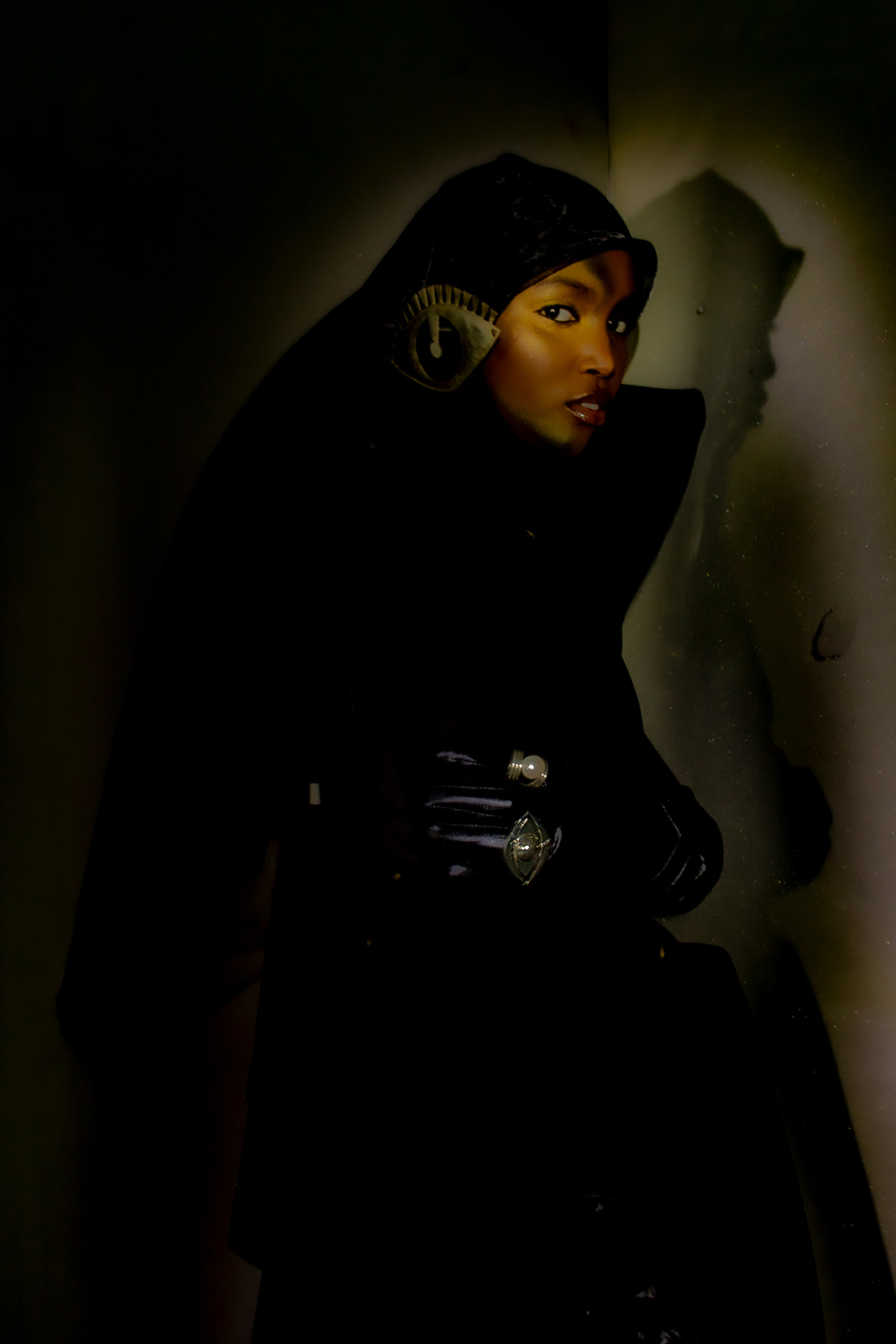 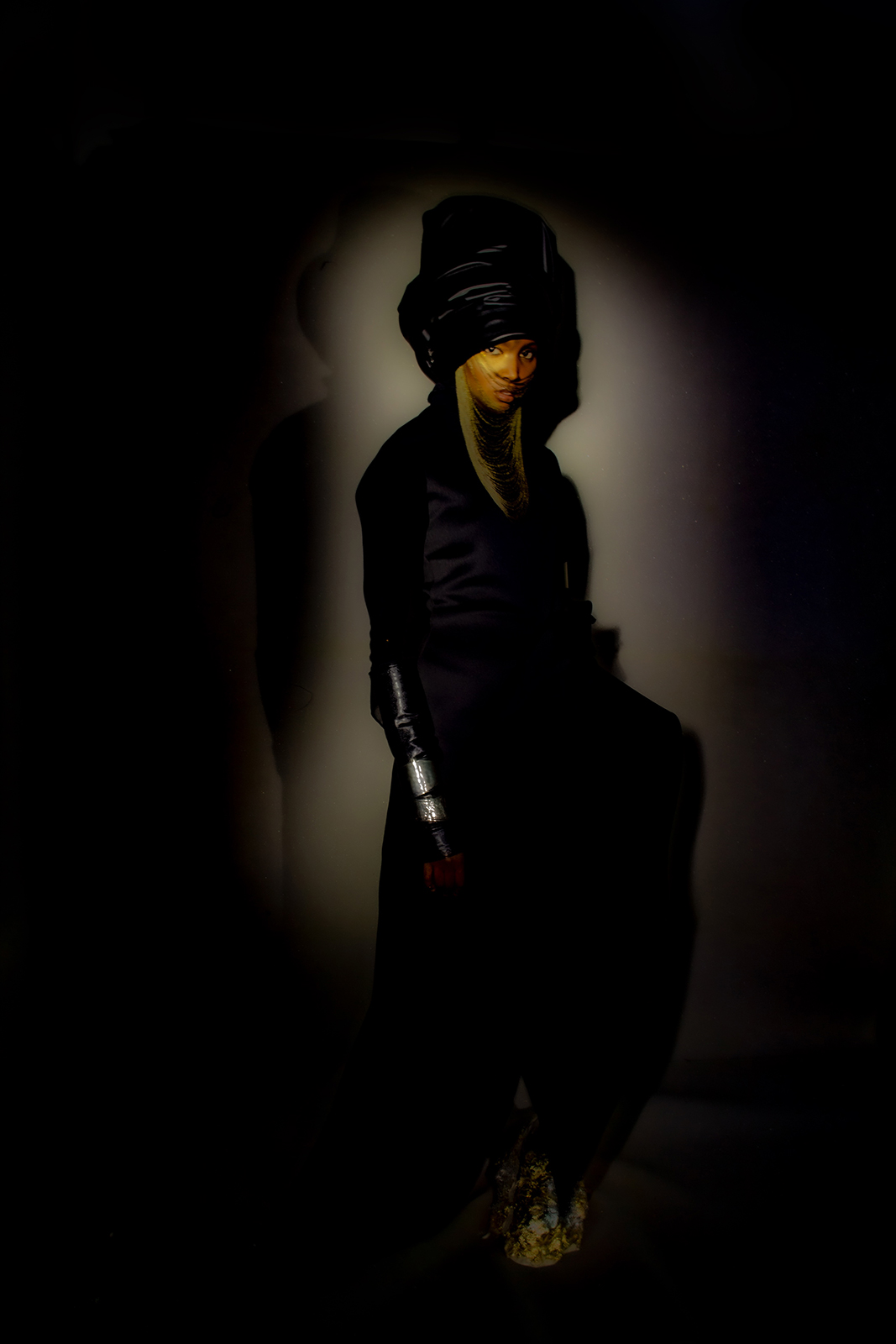 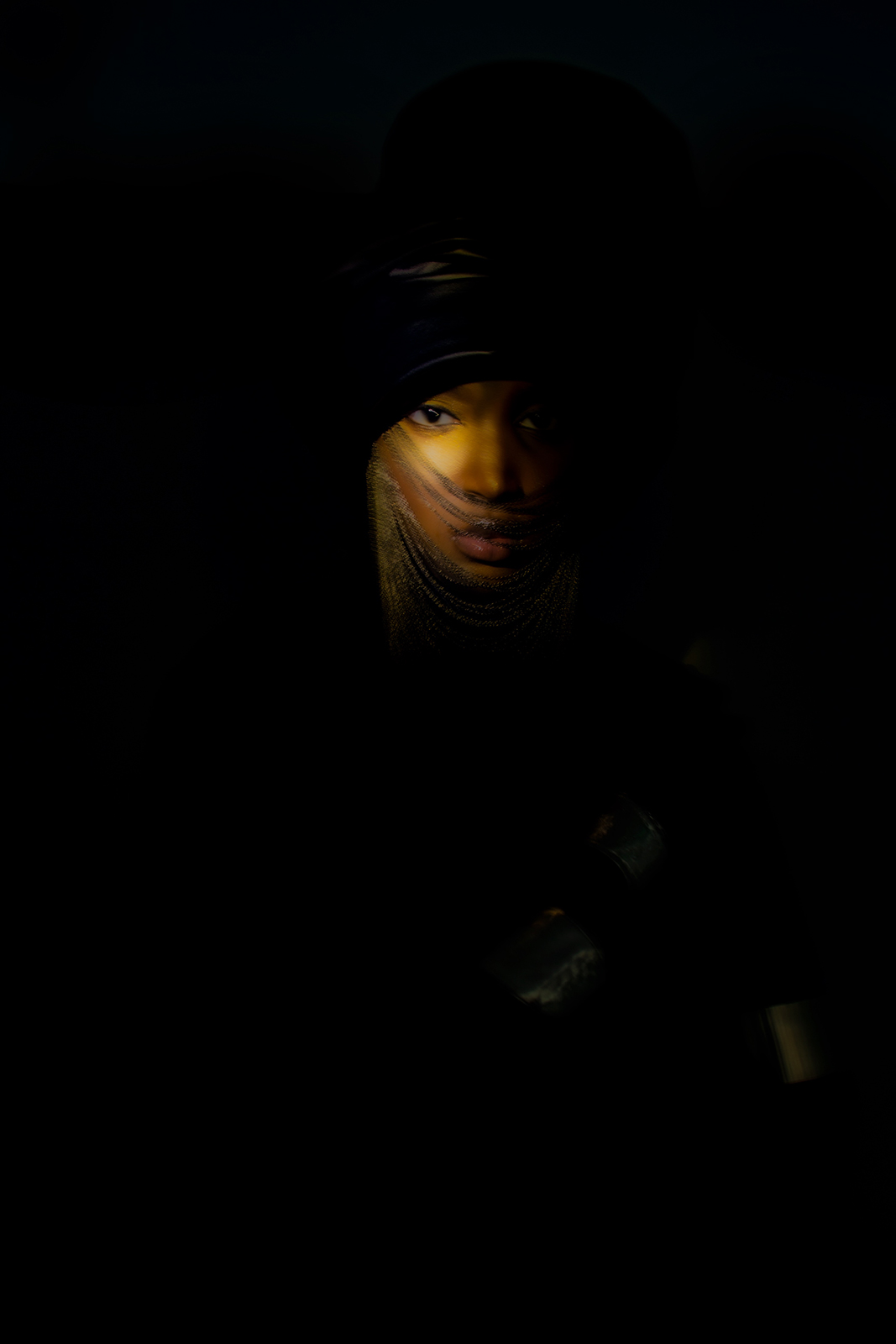 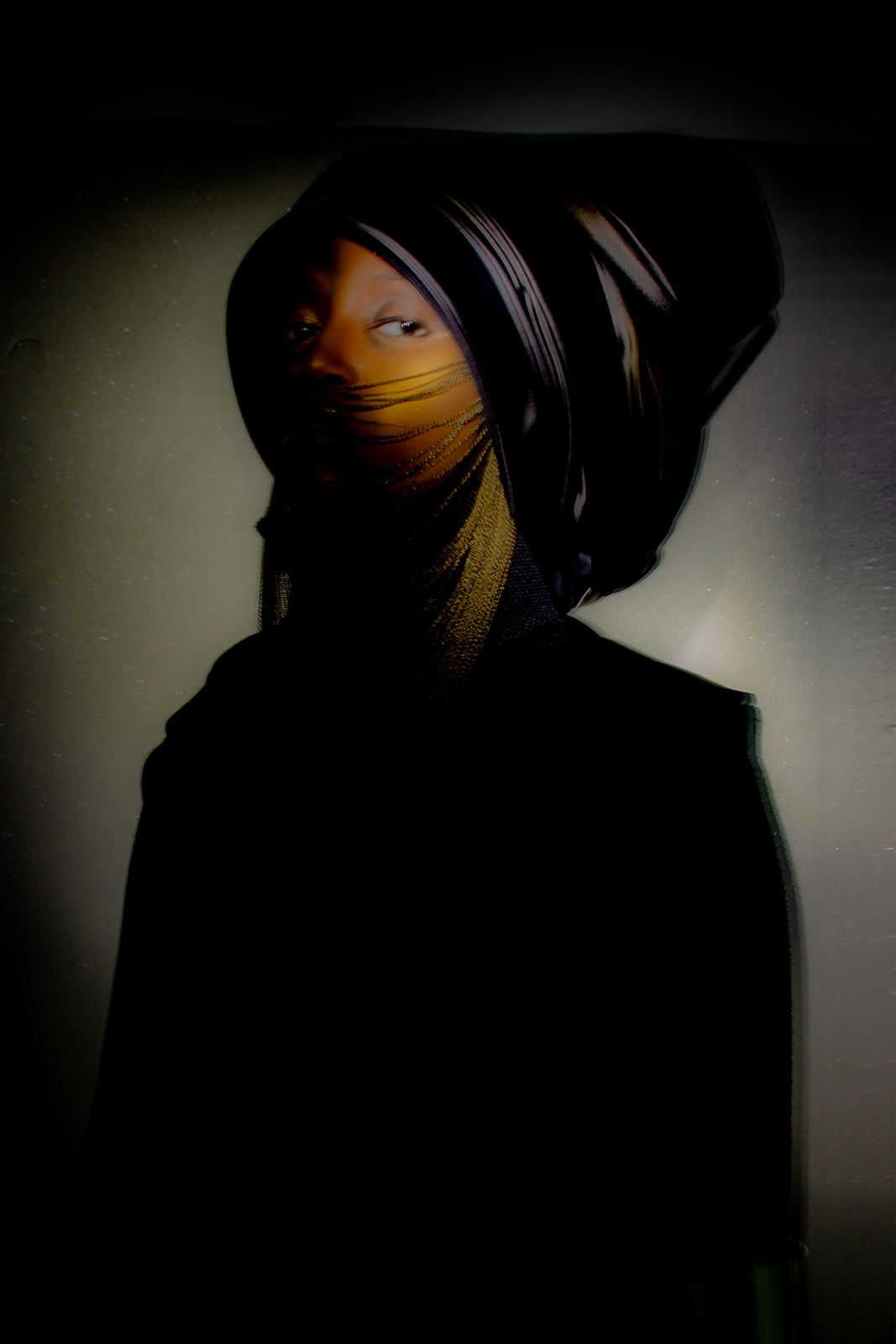 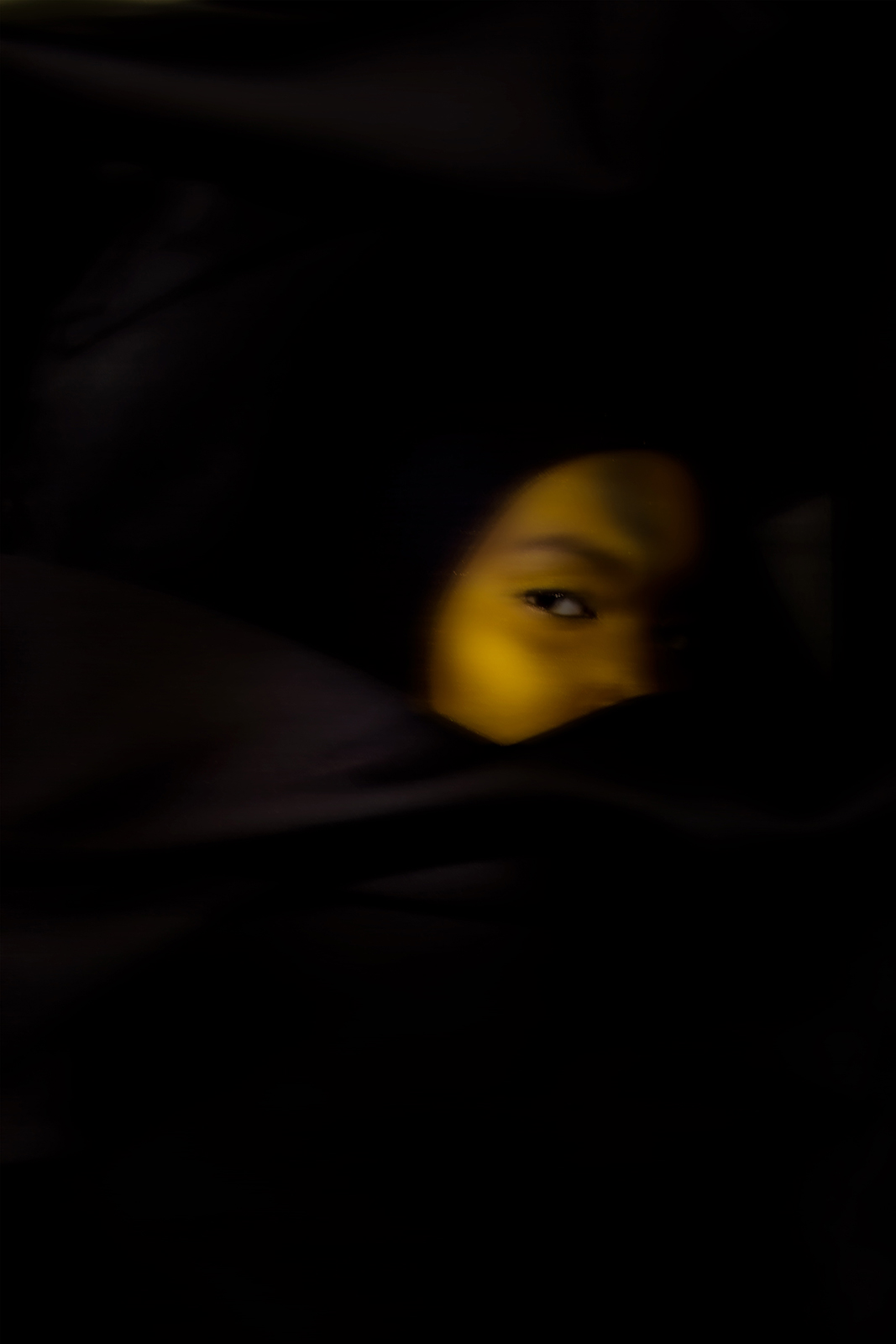 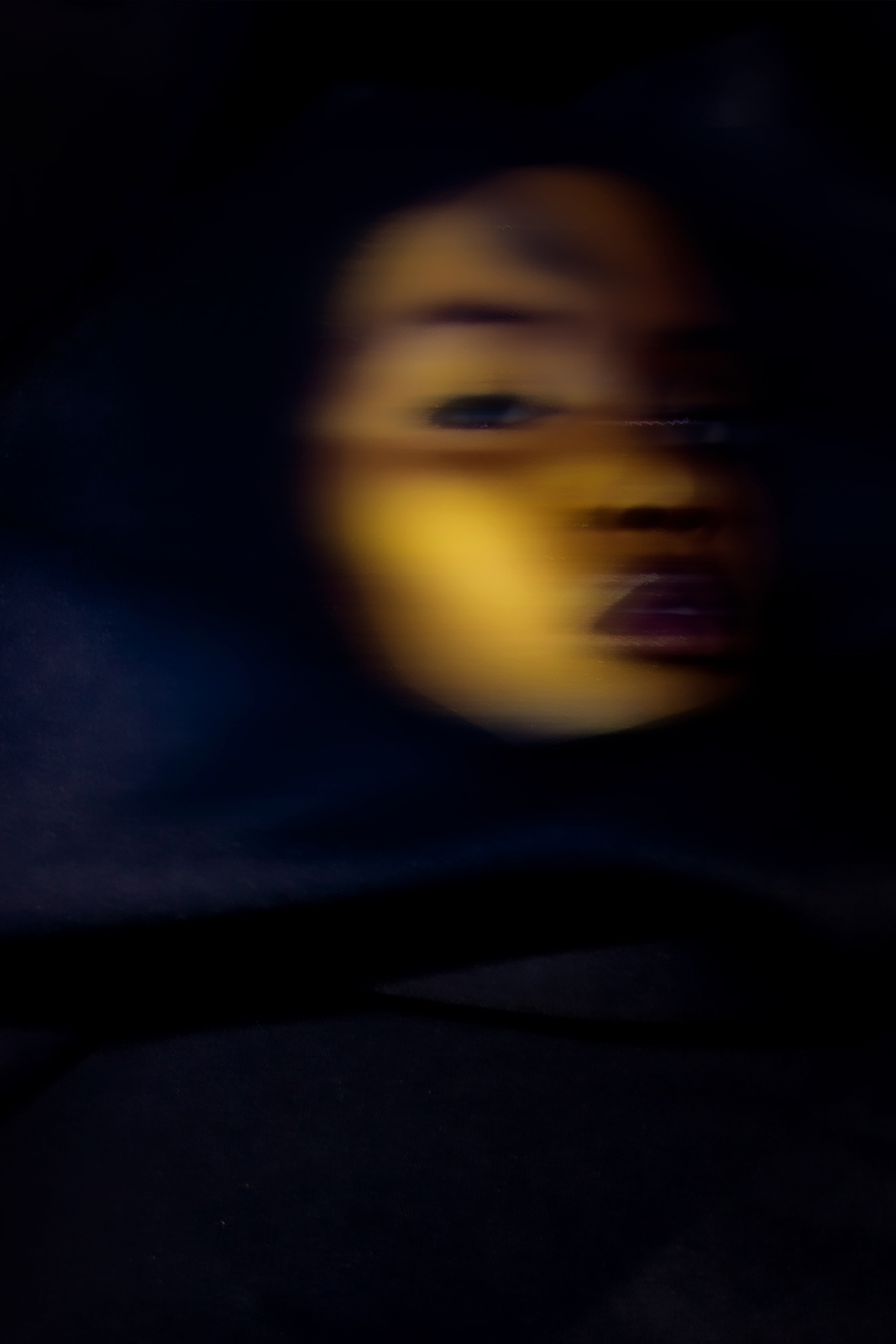