Approaching his subjects with humility and gratitude, the photographer documents areas on the periphery of the American experience

Primarily rooted in the context of the American West, Texas-based photographer Bryan Schutmaat explores the relationship between land and the people who inhabit it. Drawn to the small towns and lonely rural areas on the periphery of the American experience, the photographer approaches his subjects with humility and gratitude. “I love the West, but it breaks my heart, and that’s probably why I photograph it with such commitment,” Schutmaat says.

His first monograph Grays the Mountain Sends, released in 2013, surveys the lives of the working-class residents of small mountain towns and mining communities while weaving a nostalgic narrative. Shortly after, he released his second project, Good Goddamn, documenting his friend Kris’s last days of freedom in rural Texas before serving a 5- year prison sentence. Themes of altered landscape and life on the edges of society continue to be explored in Vessels, an ongoing series about drifters and hitchhikers traversing the deserts of the American Southwest.

Working with his preferred large format viewfinder, Schutmaat makes invisible populations visible with a perspective that collapses the distance and difference—geographic, temporal, and cultural—between his subjects and the viewer. Schutmaat’s is an artistic gaze teeming with curiosity and empathy that reminds us of our shared experience of human suffering and human striving. Schutmaat joins Document to discuss his inspirations, the tension that drives his work, and boundlessness of the American West. 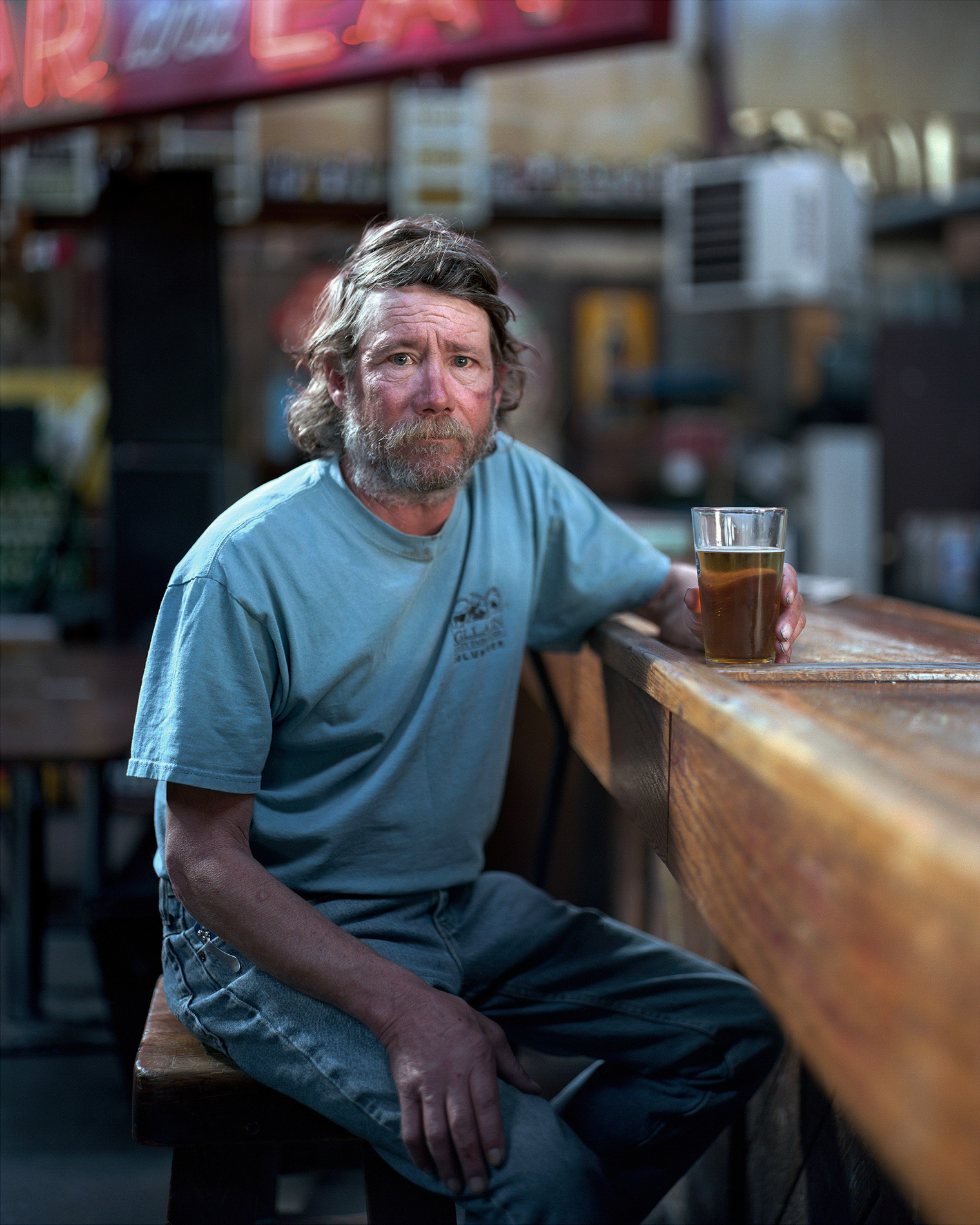 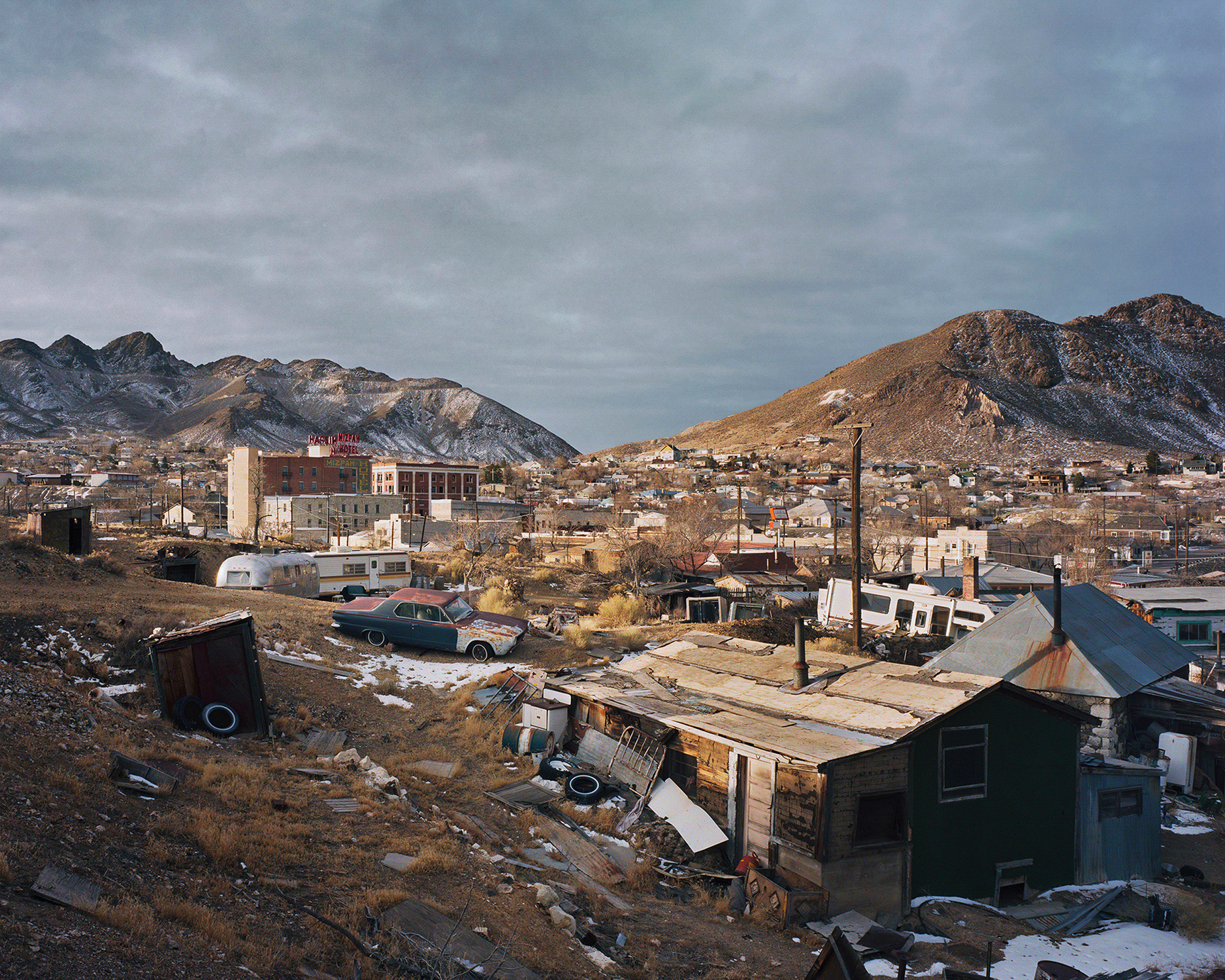 Avery: What was your first conscious aesthetic experience?

Bryan: I can’t remember, though it might have been when my parents read to me—storybooks like The Giving Tree and Where the Wild Things Are. I remember loving those at a very early age.

Avery: Where are you from? How did growing up in your environment or childhood shape who you are?

Bryan: I grew up outside Houston, Texas. My father worked in construction, and like most fathers, I think he shaped my views of masculinity—a theme I’d come to focus on later as an artist. My mom stayed home with the kids and always encouraged arts and crafts. We drew, painted, sculpted with clay. She kept up this kind of influence over the years. I wouldn’t be a photographer if not for her. She also collected a lot of books, and many of those were photography books that I came to love. In general, the household was very friendly to creative expression.

Avery: It seems like your series are, rather than individual images, a journey. When you begin a project, how do you pre-figure it in your mind? What’s your point of entry into these journeys?

Bryan: I don’t plan very much. I generally start with a vague idea and loose parameters for subject matter, then I just roam and shoot. After I spend time photographing, I review the photos to see what’s working and what ideas are taking shape. Then I narrow the focus and my approach when I go out to shoot further.

Avery: What do you look for in an environment when photographing? Has Austin, or Texas in general, influenced your work?

Bryan: I can’t say with certainty what I look for in an environment. My interests are broad, and I tend to photograph small towns and rural places that feel neglected or lonely. Maybe a sense of loneliness is what I’m after, but as I mentioned, I usually don’t really plan much or have a specific idea of what I’m after when I step out the door to photograph. However, my work is usually set along thematic lines—mining towns, the highway, etc—so that helps narrow down subject matter. I also love good light, but that’s a given for a photographer like me.

Austin is a good place to be in terms of community. Good friends and talented photographers are nearby. And Texas in general has been a huge influence on me. The identity of the region, as well as the American West more broadly, offers subject matter that seems boundless. Plus, there have been a number of Texas artists who inspire me—Townes Van Zandt and Terrence Malick—as well as Texas as depicted in cinema—Paris, Texas, The Last Picture Show, Hud, etc—which has shaped my work and aesthetic without question.

That said, there are a lot of things in Texas that bother me—rightwing politics, rampant consumerism, conservative Christianity, and more—so that tension fuels my work too. 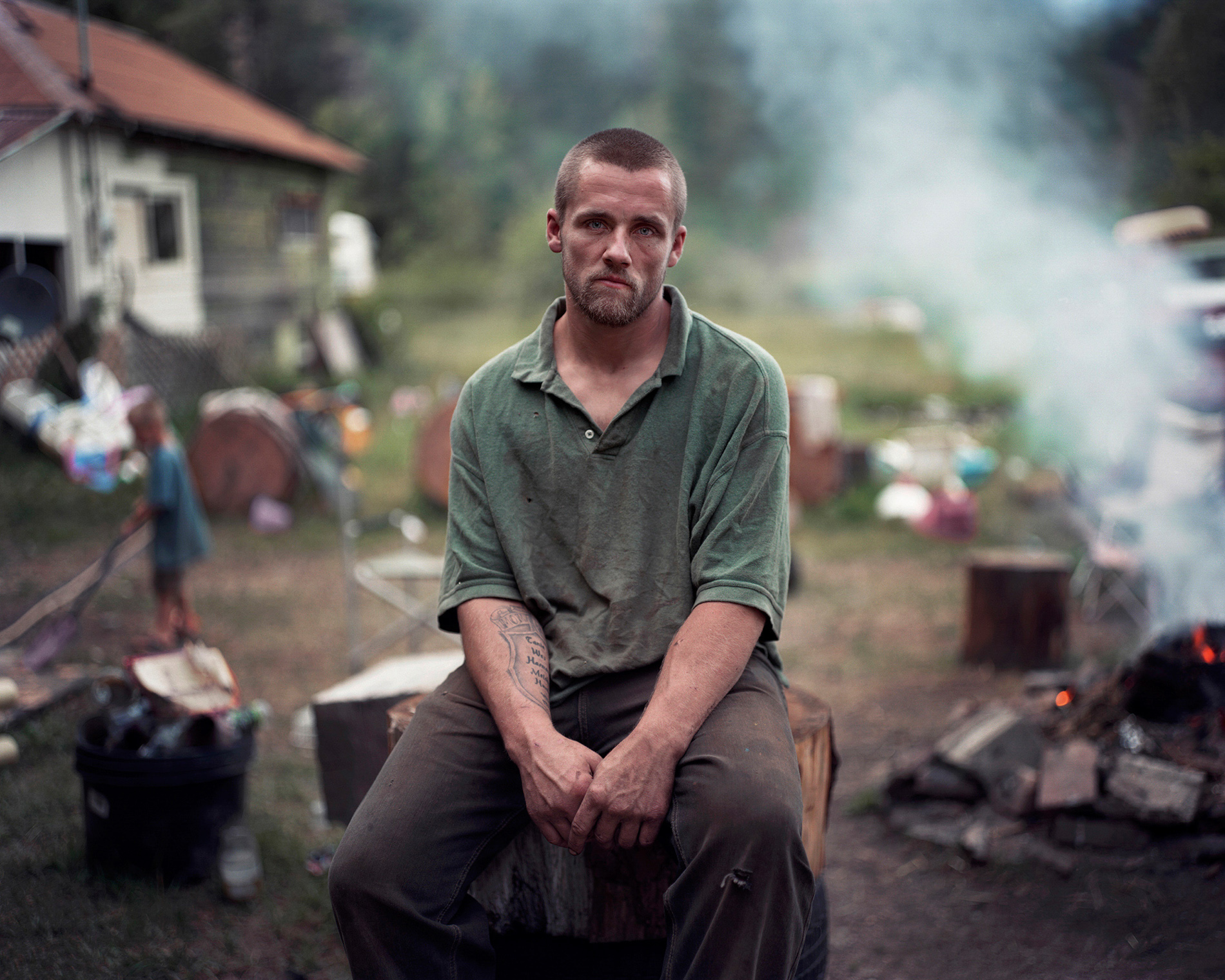 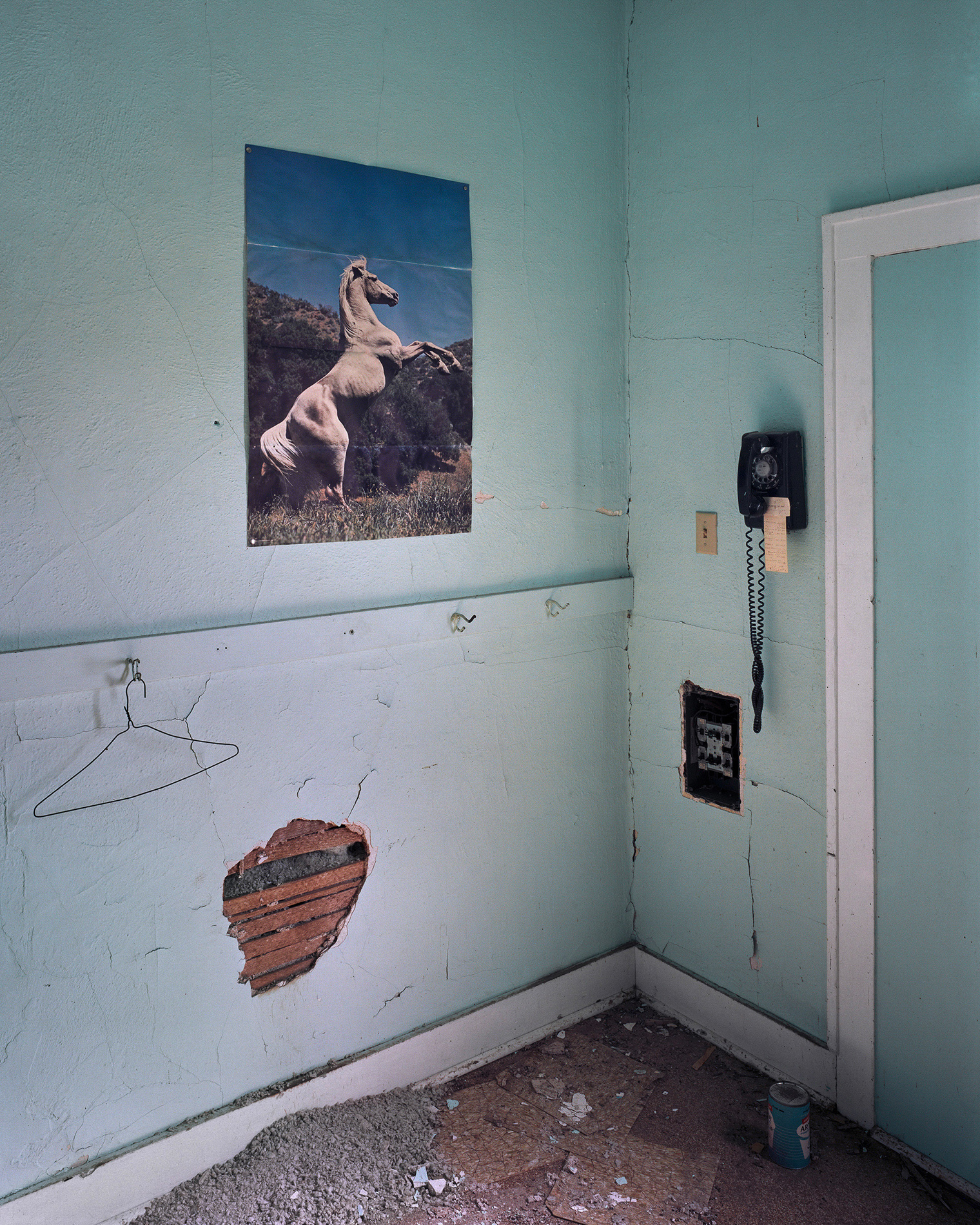 Avery: How would you describe the relationship between your photography and the American West?

Bryan: I could write a book on this. I’ll try to sum it up briefly. I love the West, but it breaks my heart, and that’s probably why I photograph it with such commitment.

Avery: Do you think your visual style has evolved since your first monograph, Grays the Mountain Sends? If so, was this a result of conscious effort or a natural progression?

Bryan: Yeah, I think my style has changed a bit. I switched to black and white, which was a practical decision because I started shooting in the desert more often, and color doesn’t look good to me in bright sunlight. And in my book Good Goddamn, I shot mostly handheld instead of large format. I feel like my style loosened up a bit, and more gesture and blur is in that work than in my previous photos.

I’d say the changes in my work are probably a hybrid of organic evolution (that I’m not fully aware of) as well as a deliberate effort to shake things up and experiment. It’s fun to try on different hats, but I’ve never felt the need to entirely reinvent my work or change too drastically. I know what interests me and works for me, so I don’t stray all that far. I like artists who evolve, but I also like artists who stick to their thing. Yasujirō Ozu made the same movie over and over again, and the world’s a better place for it.

Avery: Your projects integrate portraiture and landscape shots. Can you talk about your motivation behind that decision?

Bryan: I’ve always been interested in the ways that the land shapes people and people shape the land. In photography, landscape and portrait photos can work in a kind of symbiosis to strengthen one another. In a book sequence, for instance, what’s described in a landscape photo, both in content and form, can spill into the atmosphere of a portrait that follows. I think the points I’m trying to express as an artist come from the combination of photos and the feelings they impart, which is why I think photography works best as a serial medium. 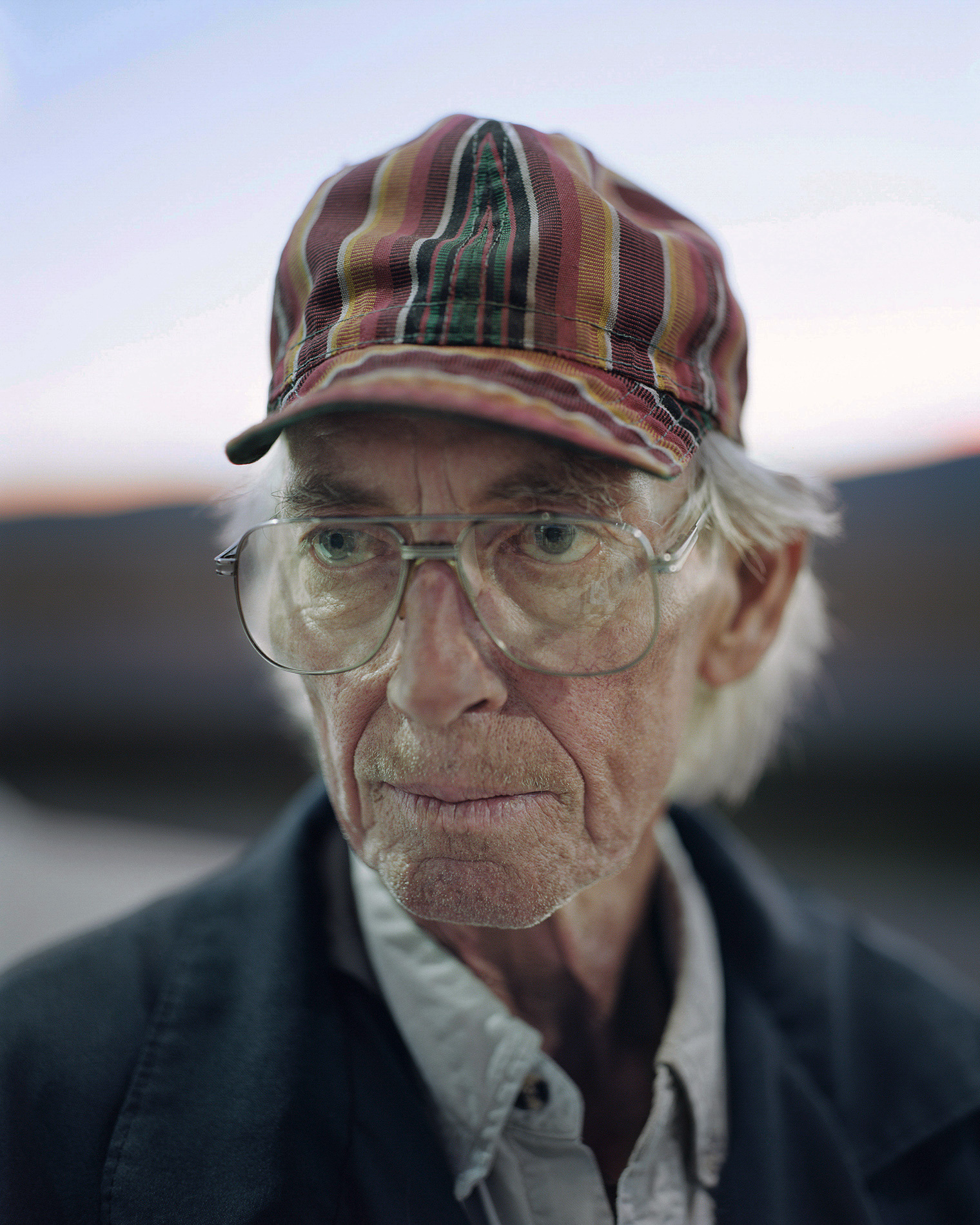 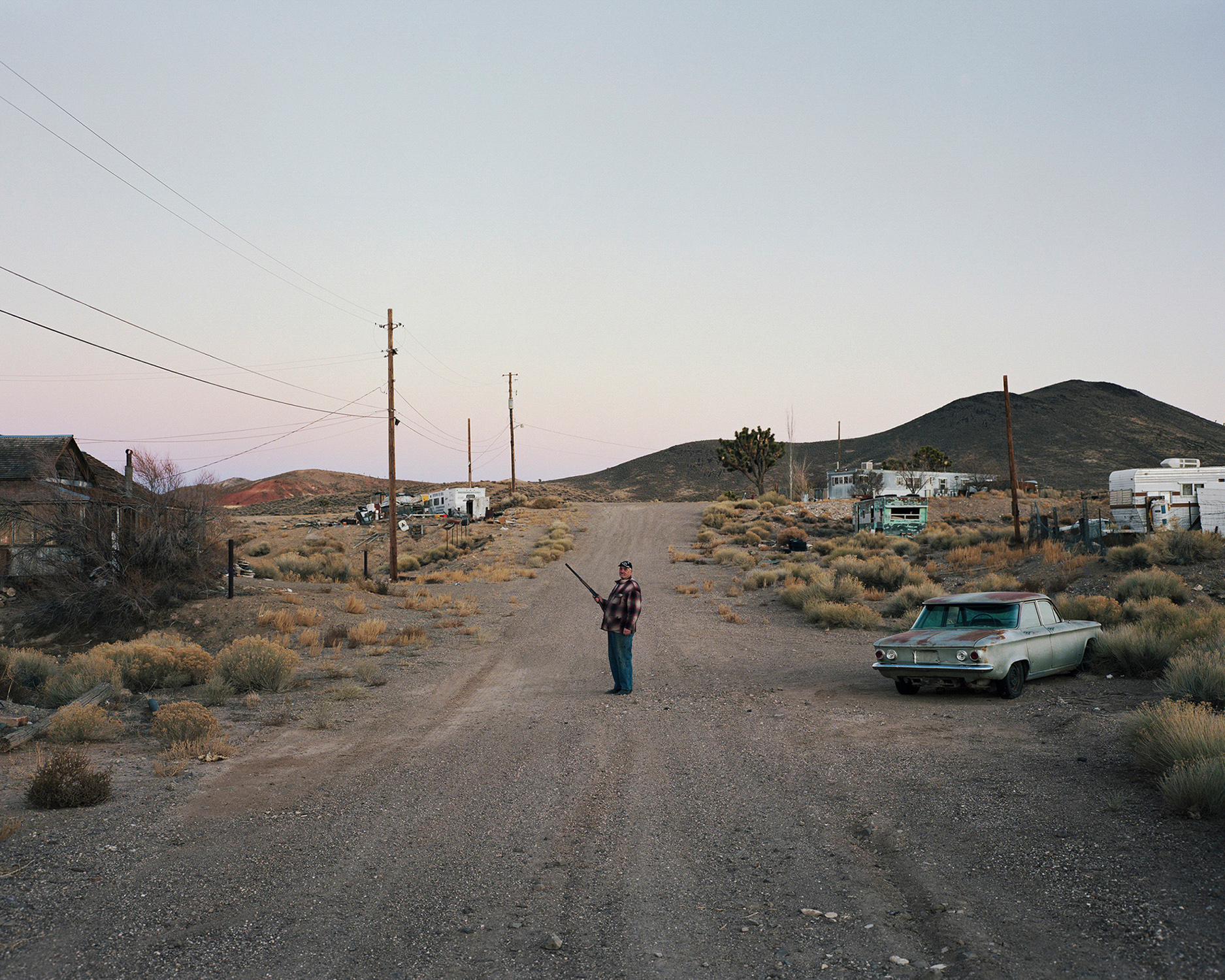 Avery: What was your thinking behind shooting Good Goddamn with 35 mm? How does the process change as you change formats?

Bryan: Due to time constraints, I had to go with a smaller format camera that was more efficient than my big 4×5. The narrative is about my friend Kris in the last few days before he went in to serve a prison sentence, so we didn’t have a lot of time, and I didn’t want to bother him too much with the cumbersome process of shooting large format. With a small camera, the process is more efficient, nimble, less obtrusive. I can do four or five set-ups on a hand camera in the same amount of time it takes me to do one 4×5 set-up. The small format also allows for the kind of stylistic changes and experimentation we talked about above. I took pictures in Good Goddamn that I would not have tried with the large format.

Avery: What stories are you trying to tell for the communities that you photograph? Ethically speaking, what do you think a photographer owes their subjects, if anything?

Bryan: Photographers owe their subjects what we all owe our neighbors—kindness, honesty, respect. I’m not sure to what extent the camera and resulting pictures change this, but I’ll note that when people, especially strangers, sit for the camera and share their stories, they’re doing the photographer a favor, so gratitude is definitely owed to them. 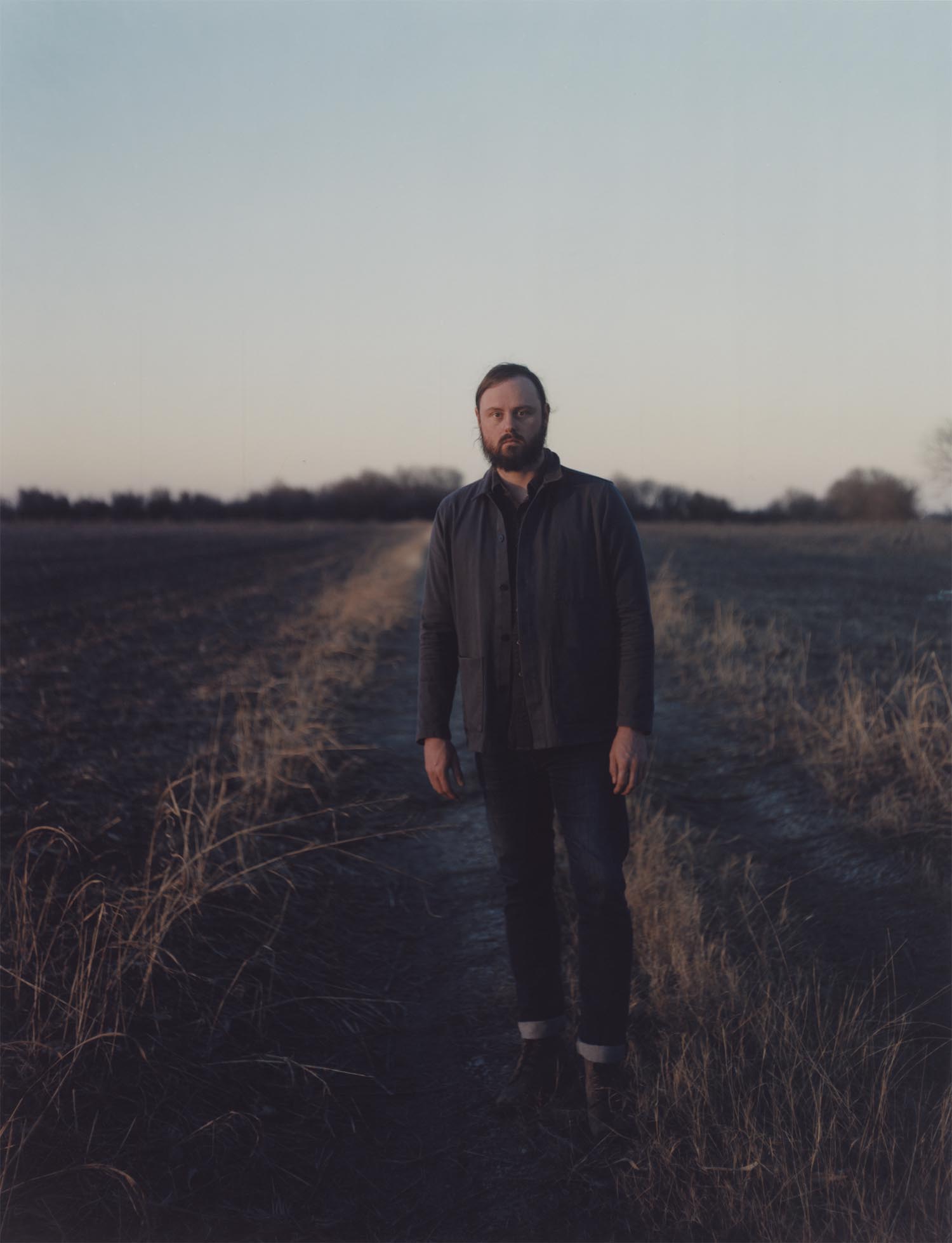 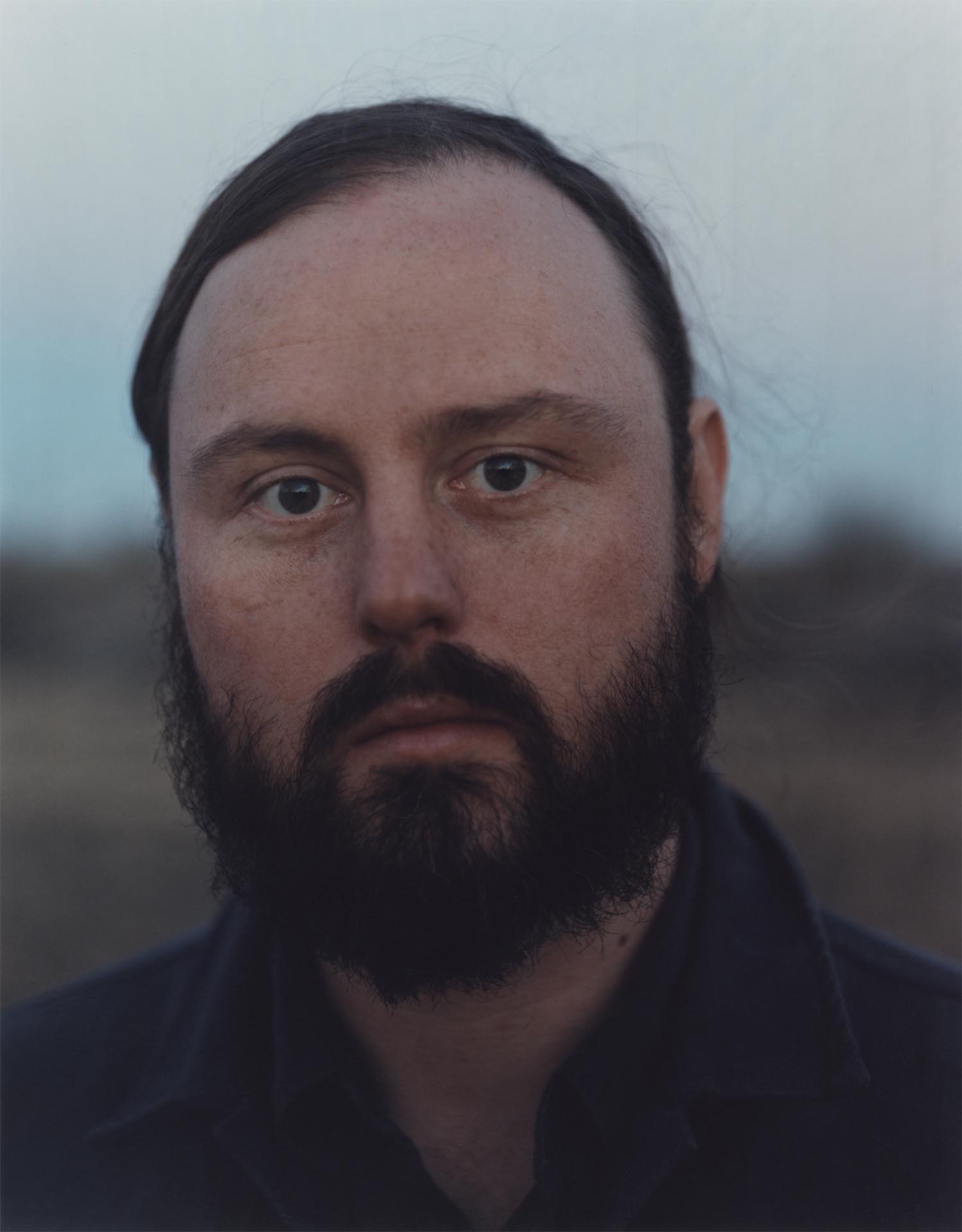 Avery: Do you find it more difficult to photograph strangers or people that you know?

Bryan: As many do, I learned how to take portraits by photographing my friends and loved ones. That comes easy, whereas the steps you have to take to make portraits of strangers—introducing yourself and asking permission, having conversations, and so on—makes photographing strangers more a little more complex. That said, once I get behind the lens to photograph strangers, I tend to take better portraits of them than people I know. Much of portraiture’s strength comes simply from who you choose to photograph, which is to say the photographer has to find interesting people to put in front of the camera, and at this time, I’m not particularly drawn to photograph many of my friends and family in this way. Even the pictures of my friend Kris in Good Goddamn don’t really seem like portraits to me.

Avery: What is your greatest hope for a photograph you take and what is your worst fear?

Bryan: I just want my pictures to move people.