In her latest exhibition, "It's Not Polite to Stare," the challenges the objectification of Asian women with lush surrealism

One of Dominique Fung’s paintings is called “I’ll tell you a story but you won’t listen.” It’s six feet tall, five feet wide, and saturated with rich blues, greens, and oranges. The work features two faceless, nude, black-haired women, who bathe in a tiled pool alongside some goldfish. Ornately potted leafy plants rest on the deck, next to an oriental rug scattered with fruit-filled dishes. The room is protected by a pair of Chinese foo dogs—porcelain statues that have more of a lively presence than Fung’s anonymous bathers, who take up the painting’s foreground but lounge expressionless and rather listlessly.

The New York-based Chinese-Canadian artist showed the painting at Ross+Kramer in 2017, along with a handful of her other works. The gallery wrote that Fung’s exhibition “[evoked] a world of genteel pleasure, using the aesthetics of enjoyment, the decadent, and exquisite colors” to discerningly critique Orientalist fetishization. “I’ll tell you a story but you won’t listen” is lovely to look at—it’s surreal and luxurious, mystically ‘foreign’ in just the right sense. Fung’s work stands as a metaphor for orientalist art itself—a play on orientalist art. Garage offered Jean-Léon Gérôme for comparison, who depicted Middle Eastern and North African women “nude and surrounded by meticulously rendered carpets and other decor that romanticized distant lands.” You might gaze at Fung’s painting, admire it for the aesthetics, and walk away fulfilled before pausing to note its title. 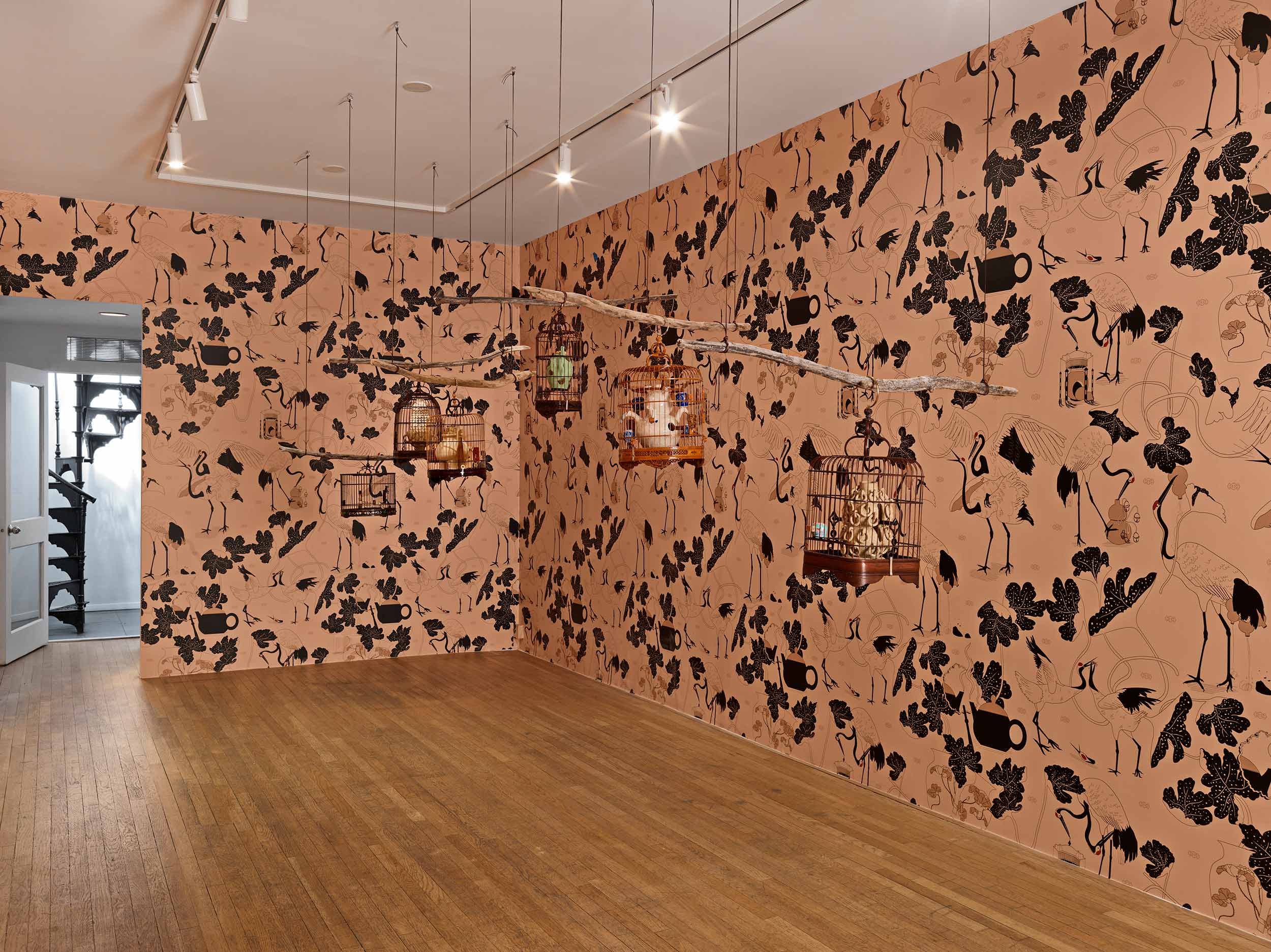 From May 8 to June 19, Fung’s next series of work is on display at Jeffrey Deitch Gallery. While aesthetically quite different from her Ross+Kramer show, It’s Not Polite to Stare will maintain a sharp criticism of the Orientalist fantasy, especially as it pertains to the Asian woman throughout history. Fung is influenced by the work of Anne Anlin Cheng—Jeffrey Deitch Gallery references the theorist’s “analysis of the figuration of the Yellow woman, regularly sexualized, spectacularized, rendered synthetic and ornamental.” It’s Not Polite to Stare makes a play on the eerie sensation of being looked at and asserts that the act “can physically and emotionally alter the subject being perceived.” The paintings notably feature artisan-made birdcages, which are filled with valuable ceramics rather than live animals. Jeffrey Deitch writes that “Fung’s paintings and sculptures address the crisis of persons taken for things, while things have acquired aliveness and agency from the bodies they evoke.” So the object of a gaze becomes an object in a literal sense—a vase, or a teapot, or any other thing.

It’s Not Polite to Stare is an expansion on a theme—one that can be clearly revisited in “I’ll tell you a story but you won’t listen.” Fung’s bathing women are depicted as lifeless objects—more material than even the foo dogs beside the pool, more material than the rugs and the vases. They are depicted under a dehumanizing gaze. Fung’s new exhibition is another attempt—perhaps a more direct attempt—at flipping the orientalist script. Maybe this time, we’ll listen.