Yuri Pleskun is a cult classic for the Tumblr generation

I first came across Yuri Pleskun’s busted-up face on Tumblr in the early 2010s. Photos of him were everywhere online and endlessly reposted—particularly the ones where he looked like he’d just left a fight, with a crescent moon black eye, bruises across his cheekbones, a bloody nose, a split lip, or a face full of little cuts sealed with white butterfly bandages. He developed a cult following through these images—blogs were born with the express purpose of eulogizing Pleskun’s face and aura (also the subject of much fan art earnestly rendered in colored pencils).

Pleskun was like a readymade for soft grunge, a youth culture that originated on Tumblr around 2010, peaked in 2014, and is now making an expedited comeback. Soft grunge was a faded bubblegum take on textbook ‘90s grunge—its community (of mostly teenage girls) shared a love for paleness (often complemented by bruises), cigarettes, dirty pastel hair, and bad boys who seemed kind of sensitive. Yuri hit all the notes—he was pale with an impish lilt to his face, likely to be photographed in some state of perceived injury, even more likely to have a cigarette dangling out of his mouth, and he had a shaved head like Ewan McGregor in Trainspotting (a soft grunge icon in his own right). On top of all that, he had the bone structure of an Eastern European model because, well, he was one. Pleskun is Ukrainian but was born and raised in the Bronx. This was a fact everyone on Tumblr seemed to know—within the Yuri cult, there was a sub-obsession with his Bronx accent. Offline, he’s had such a successful career as a model that the fashion industry knows him by his first name alone.

Over the phone, Pleskun tells me his origin story, which is even more serendipitous than the colorful fanfiction his photos were featured in at the height of his soft grunge fame. It all started in 2007, when Pleskun was just a 17-year-old kid waiting for the train to take him home to the Bronx. It was late, two or three in the morning, and cold as hell—he remembers wearing a marshmallow-shaped North Face jacket. When noticed a girl in a strappy floral sundress stumbling around the platform, he assumed she was wasted or on drugs. But she was lucid enough to notice him too—after they boarded the empty predawn train, she crossed several cars until she reached the one he was in, sat directly across from him, and just stared. When she slurred, “You ever thought about being a model?” Pleskun’s answer was something to the effect of, “Leave me the fuck alone.”

“I thought it was a line to get a dollar or two out of me,” he recalls. He wasn’t trying to be rude, he just had his guard way up. Boys where he was from didn’t trust drunken strangers with late night business proposals, and they most certainly didn’t fall into lucrative careers through good fortune on the Bronx-bound express train. But the girl wouldn’t let up and eventually she coaxed his email address out of him. The next day Pleskun received an email from her saying a modeling agency wanted to meet him ASAP. So, after much deliberation with his boys (who warned him she was setting him up to be robbed), he took the train down to a Park Avenue modeling agency. They wanted to sign him on the spot. Pleskun was still skeptical—he couldn’t believe it wasn’t a scam—but eventually he agreed to a contract and officially entered the world of modeling. 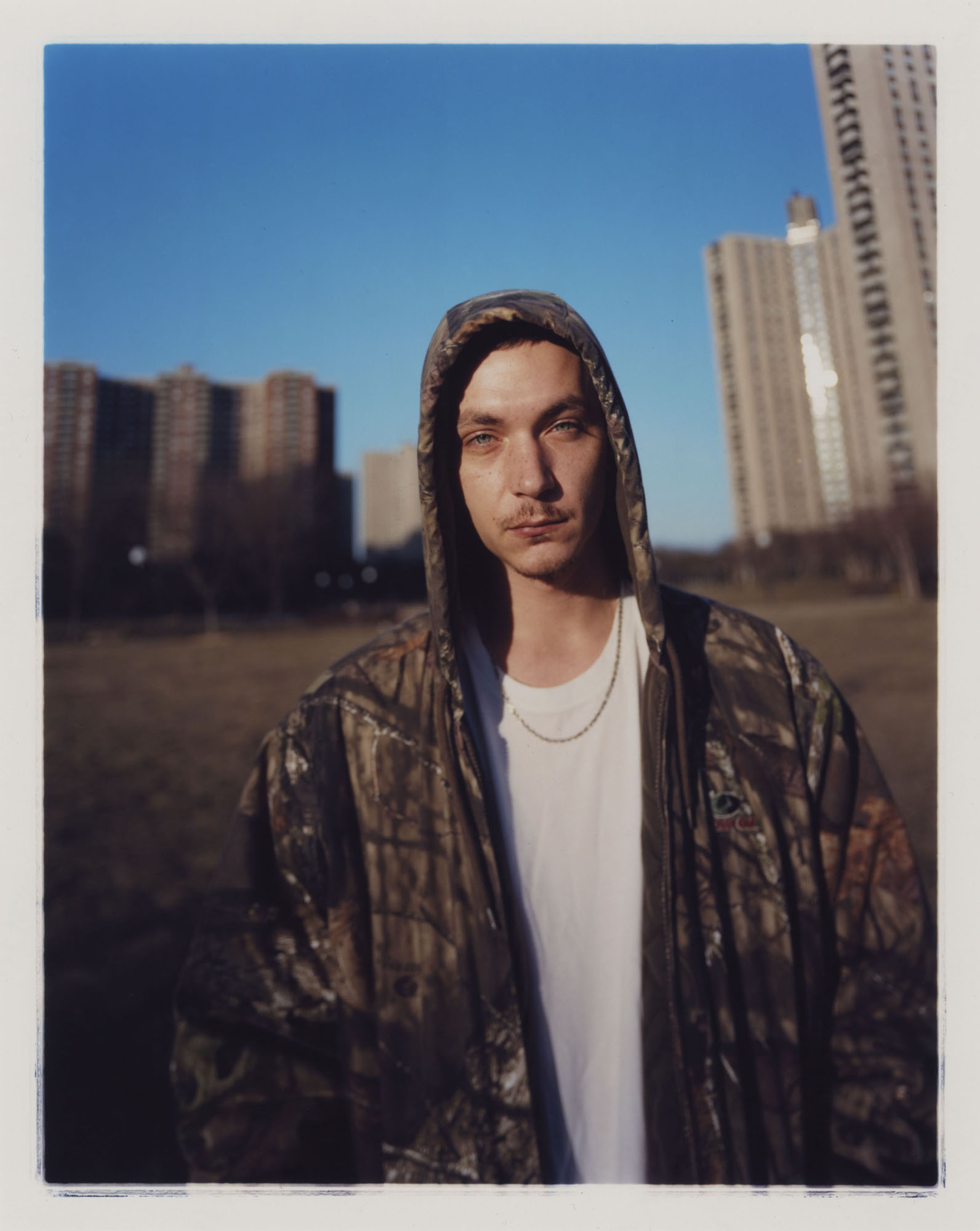 Like many freshly signed models, his first year was full of portfolio-building magazine work. One such shoot, early in his career, took a gruesome twist after the photographer asked Pleskun and another model to smash sheets of mirrored glass with heavy metal pipes for a few shots. As the other model swung his arm back pre-smash, the sharp edge of the pipe connected with Pleskun’s nose and eye. “The first thing I noticed was that all the assistants were looking at me with their hands over their mouths, gasping, like, ‘Oh my God,’” Pleskun remembers. “One of them started crying. I’m like, ‘Is it really that bad?’ I look in the mirror and my nose is completely wide-open—I can see the bone.” He was rushed to the hospital and left with twelve stitches down the center of his face.

Pleskun figured his busted nose meant his upcoming shoots would have to be called off. But when his agent sent an updated polaroid to the next magazine he had tentatively booked, they loved the look. They shot him as he was—stitches and all—and were so thrilled with the photos that one ended up as the cover of the magazine’s print issue. Another time, when Pleskun arrived on set with a black eye (received outside of business hours), the crew insisted the bruises stay visible and foundation-free.

After that shoot, Pleskun noticed makeup artists began applying cosmetics to his face to mimic real cuts and scrapes. “They always want to see pretty clothes on someone who probably wouldn’t wear all those clothes. They were like, ‘We like this picture of you getting your face smashed. So can we smash it again?’” Pleskun says with a laugh. “‘We’re not gonna do it on purpose. But can we make it so it seems like you got out of a garbage dump and got your face smashed in?’” Thus, the look that launched a thousand blogs was born. But Pleskun didn’t know about any of it. He’s never been one for social media—he was, in fact, totally unaware of his sainted status online until just a few years ago. He tells me he finds the whole thing surreal, albeit incredibly flattering.

Looking back, Pleskun’s roughed-up face, and the way it translated so well online, can be seen as a blueprint for a generation of e-boys to come. Today’s e-boys are much more stylized and self-aware—when they darken the circles under their eyes with makeup, they do so with the gaze of a front-facing iPhone camera in mind. Pleskun was by no means the first boy to become beloved for having a face signaling both vulnerability and vitality. But he was one of the first to reach icon status by way of a particular frenzied fanaticism that only teenage girls alone on the internet can gestate (I know, I was there).

When I ask Pleskun, now 30, what he thinks about e-boys, he tells me they’re doing the same thing he was when he was their age—trying on looks, no matter how contrived, and seeing what sticks. As someone who survived the Tumblr trenches and witnessed the rise of a generation of permanently online, super affected heartthrobs, I’m inclined to say Pleskun did it better. But he reminds me that youth is done best when the distinction between what’s lame and what’s not isn’t a matter of fixation. “When you’re young, you just like what you like. It doesn’t matter if it’s corny or cool.”