Ask Ray Moon where she comes from and you’ll get a list. The R&B artist was born in Queens and brought up in Georgia. She’s laid roots in Florida, Philadelphia, and L.A. along the way. In an effort to pin down the regional influences to her work, I ask her which city she’d claim over the others. “Atlanta would be home for me, for sure,” she replies. That’s where Moon went to high school, and it’s where she started making music. She’s in Atlanta now, while we have our conversation. She tries to quiet a room full of people: “My bad! So much going on right now.”

We settle in, and I ask Moon about the music video for her most recent single, “Glowin.” It’s the first she’s directed and an absolute testament to her creative skill. The video is distinctly cinematic—Moon acts in its opening scene and so does her girlfriend, Jadah Blue. They fight with their respective ‘mothers’—played by Jennifer Jackson and Carrol Jones—huffing down their driveways in the same instant. Moon and Blue, established as across-the-street neighbors, jump in the car together. They turn up the radio, Moon’s track starts, and we’re transported from the suburbs to a pastoral dreamland.

But really, it’s a field of high grass. Maybe wheat. “This whole concept with ‘Glowin’ was pretty much leaving a toxic situation and go into like a daydream with the love of my life. Really, we didn’t go anywhere—we didn’t leave from the front of the house. You know what I’m saying? It was just a blurred dream, a getaway.” Fantasy destination or not, Moon knows how to set a scene. She knows how to tell a story, in the face of whatever limited means. She explains, “I’ve always been good with words. And I’ve always been better at explaining myself through writing, or in a song, rather than this.” By ‘this,’ Moon refers to our interview, gesticulating at me through the screen. And even though she expresses herself well, I know what she means. Moon’s talent is most prominent when she has the chance to really sit with her ideas. To perfect them, whether she’s working with a song, a video, or an album.

As a result, she works constantly—a fact that her discography doesn’t quite reflect. She’s released only a handful of singles, although she hints at a forthcoming EP. I ask her about how this new format might differ, in terms of creative process. “This is a real body of work. You want to make sure that everything is ready to go. It kinda counts more—it feels way more important than dropping a single.” So Moon takes her time. But her restraint has thus far paid off, to the delight and dismay of her fans: They love the quality of what she’s dropping. But they want more of it.

Luckily, they’ll soon be gratified. Today, Moon releases “Rick James,” her newest single, with an accompanying self-directed video shot in Dallas. “It’s totally different from ‘So Sorry,’ it’s totally different from ‘Shy.’ It’s a whole total different tone of voice,” says Moon, referencing two of her most-loved tracks. “It’s gonna hit everybody super—they’re gonna be like, ‘Who the fuck is that?’ It’s definitely left, left, left field. I’m excited for people to see that side of me.”

The artist’s enthusiasm is contagious—during our interview, I began to wonder about this new song, especially considering the intrigue of its title. Moon’s work is already varied. It ranges in influence from rap, to soul, to R&B, to house. She grew up listening to Aretha Franklin, Whitney Houston, and Sade. Past features have called Moon’s music “indie hip hop,” tacking on descriptors like vibey, raw, and relevant. I’d add that it’s perfectly smooth—a quality that’s hard to achieve with Moon’s clambering vocals. But her sound is clearly open to experimentation: “I definitely didn’t know I had so many different tones and voices. What pulled it out was beat selection. Certain beats pull out certain tones in my voice, so the more I widen my selection, the more I’m able to recognize.”

I did notice a distinction between Moon’s speaking voice, and the one she performs with. The former is lower, though it keeps its rhythm. It has a nearly-undetectable Georgia twang. There’s a charm to these small details. Then comes my realization that it’s difficult to know an artist from just their music, or from their interviews alone. How does the up-and-coming win hearts without touring? Without putting on a single show?

“I hate virtual performances,” Moon admits. “I feel like there’s such a disconnect. I’m still in the studio, whatever. But I definitely miss performing—and actually getting to see the people, and meet the people, and touch the people. You know, get that contact in.” All we can do is wait—Moon hopes to get back onstage this summer. In the meantime, she’s recording. The artist laughs as she describes her setup: “You gotta have tequila, you gotta have some Djarums, you gotta have a candle. And you have to have a dope ass producer going through beats. I pick one that I like, and start writing to it—I might write four bars first. And then I get right in there, and start wherever I left off. Boom, there you go.”

At the heart of Ray Moon’s appeal is her persona. You can see it most clearly in her videos, in past shows, or in conversation. The artist maintains a certain adaptability, a sure confidence. She’s relatable, but just vaguely so—never in any explicit sense. Moon knows her process and she trusts it. Her fans may just have to sit back and learn to trust it too. 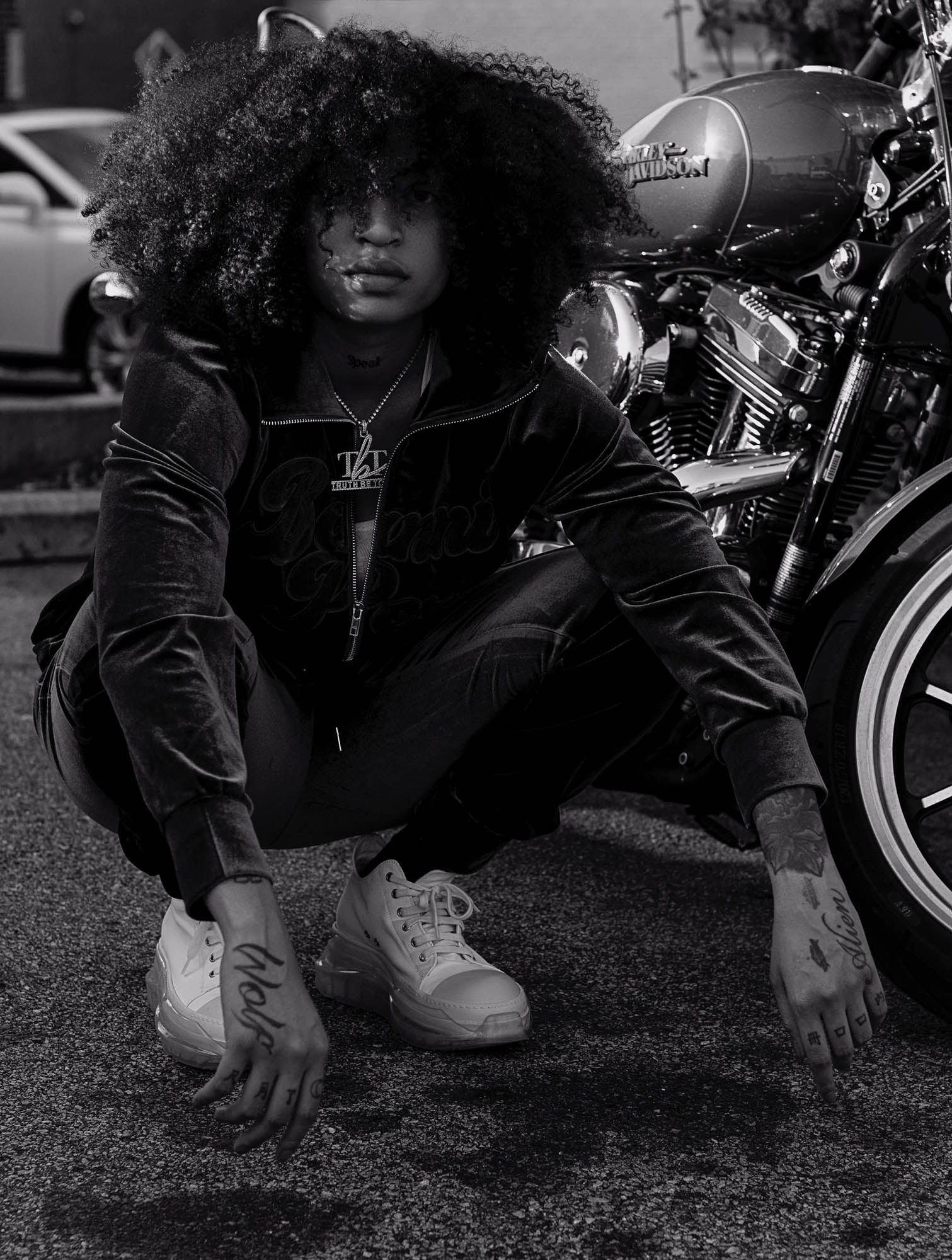 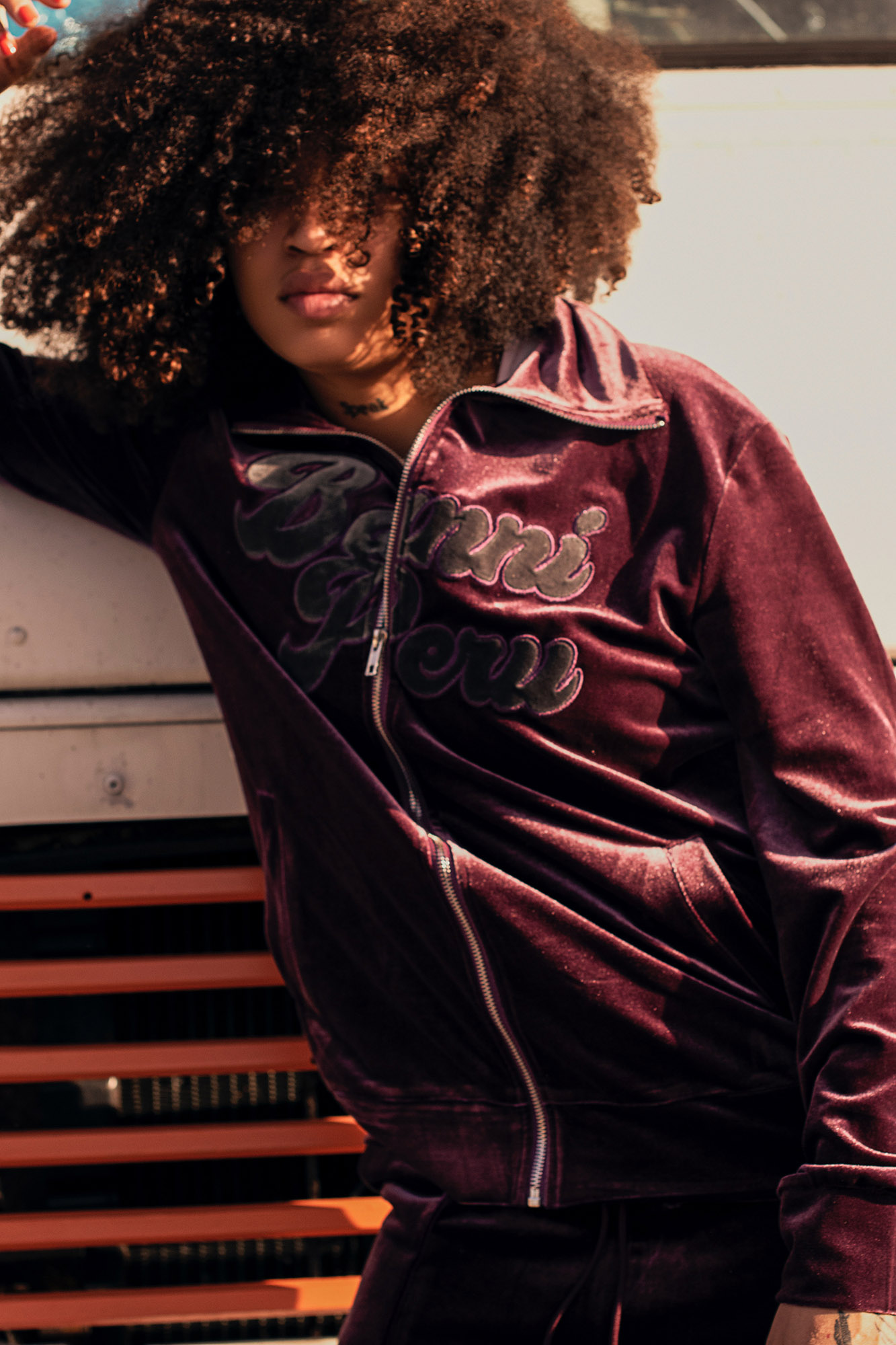 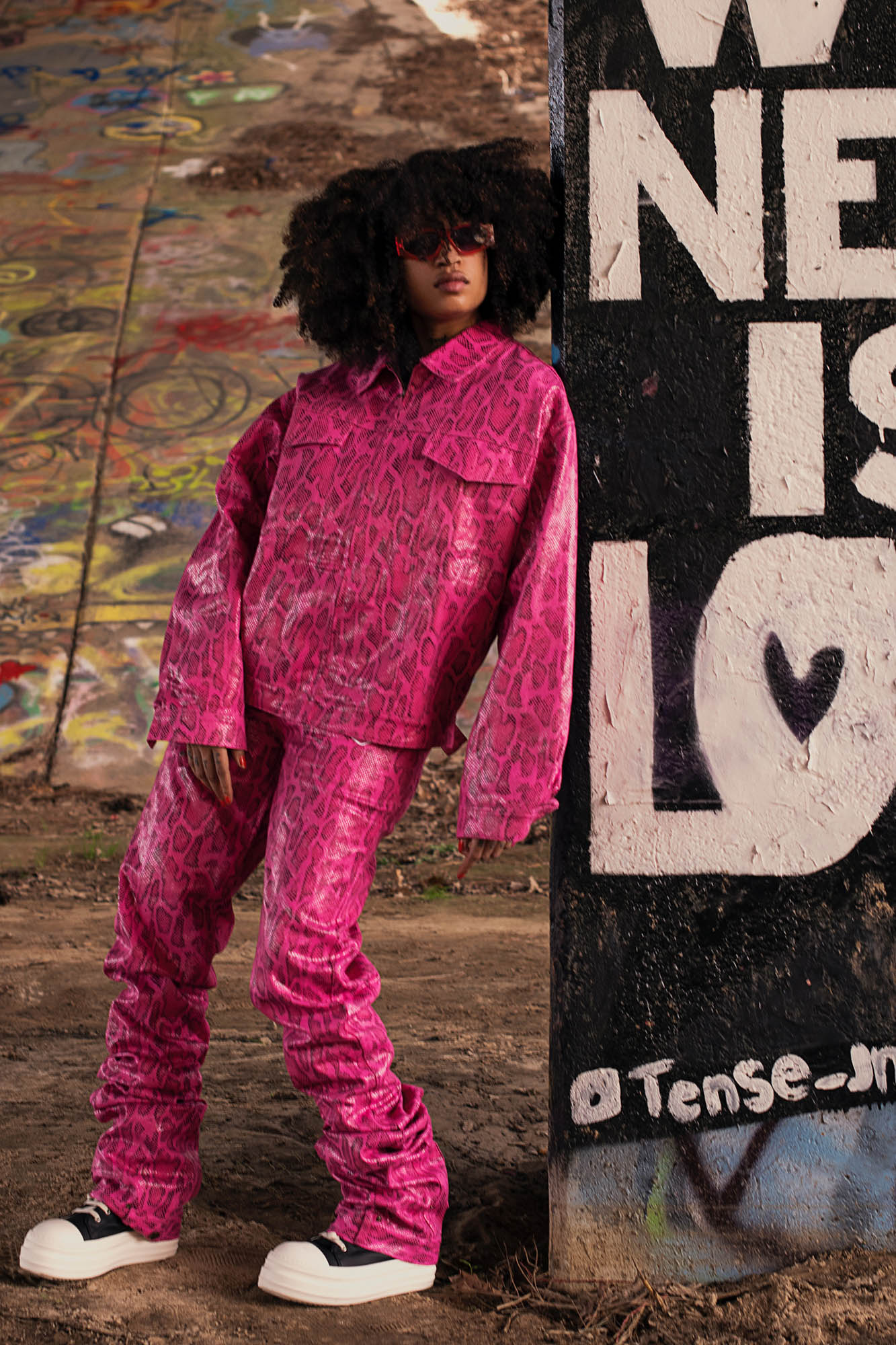