The Vancouver-based DJ and producer releases her debut album, 'Yellow River Blue,' on a new label she founded to champion underground Chinese music

It’s New Year’s Eve 2019 in the city of Xining, and a local crowd at an Absolut Vodka-sponsored party is reveling in shock. They’d come for the de rigueur trap and hip hop downstairs but now found themselves in a small room dancing to a sound more akin to the traditional music of their ancestors. The music was in fact a canny blend of Western dance music spanning decades and regions, with a preference towards ecstatic drums and an atmosphere out of place and time. The feverish percussive energy and hysterical shrieks of Liquid Liquid’s “Optimo” segueing into a Chicago jack track by way of a contemporary beatdown with an outernational palette. To make matters more mixed up, the music was being played by Yu Su, a Chinese DJ based in Vancouver, who was wrapping up a tour of her home country that had taken her beyond the tried and tested party hubs of Shanghai and Beijing.

“I don’t even know how to describe my experience of playing in Xining,” Su enthuses, just over a year later. “I don’t think I would feel this way about playing any other festival, Glastonbury or whatever. It was one of the last stops of my tour, and no DJ I know in China had been to that city. The population is mostly Han, Mongor, and Tibetan people. I was DJing in a smaller room they set up for dance music. I was like, ‘I’ll be happy if people show up.’ For some reason, when it was getting late, people started coming upstairs. I was playing a lot of the acid and techno kind of stuff I usually play—things that aren’t completely digital sounding, and have some kind of ‘Oriental’ sound design—and I saw some of the most amazing dance moves I’ve ever seen in my life.

“They connected with this kind of dance music in the most intense way, because it’s more connected to their culture. Some of them came to talk to me afterwards, saying, ‘What is this music? It sounds like music from the rainforest.’ For them, it’s like traditional music, but they’re hearing it in a club context.”

This unexpected club epiphany, in a city on the elevated Tibetan Plateau, was the pivotal end to a pivotal tour which helped Yu Su connect with her homeland in a new way. Her experiences playing in the Chinese provinces, and the music she started sketching out while traveling, became the foundations for her debut album, Yellow River Blue. The album has been released on vinyl in Europe by Music From Memory, but Su opted to start a new label, bié Records, to coordinate all other distribution of the album in China. It was a pointed move to engage with the Chinese scene, and not just accept an easy and predictable route through her established profile in the West.

“They always consider me a foreign artist in China,” explains Su, who comes from Kaifeng in the Henan province. “There’s this word in Chinese for someone with a Chinese background born in the West, and that’s how I’m always referenced, but I wasn’t born in the West.”

From a Chinese perspective, it may be a little confusing—Su has established herself as an artist very much within the framework of the Western music scene, and so returns to China with a certain amount of cultural cachet so often foisted on Western artists. After moving to Vancouver in 2012, she soon clicked with the city’s buoyant music community through collaboration and friendly connection. Her first solo record, Infi Love, came out on esteemed Washington DC label Peoples Potential Unlimited in 2017. At that point, her ebullient strain of house music slotted in neatly with her peers from Vancouver’s Mood Hut collective, and Su quickly earned a reputation as a great DJ as much as a producer. Soon she was on the thrumming international circuit of clubs and festivals. With subsequent releases via prominent independent labels like Technicolour and Second Circle, her path to a debut album could have been a safe, steady, and undoubtedly successful one. 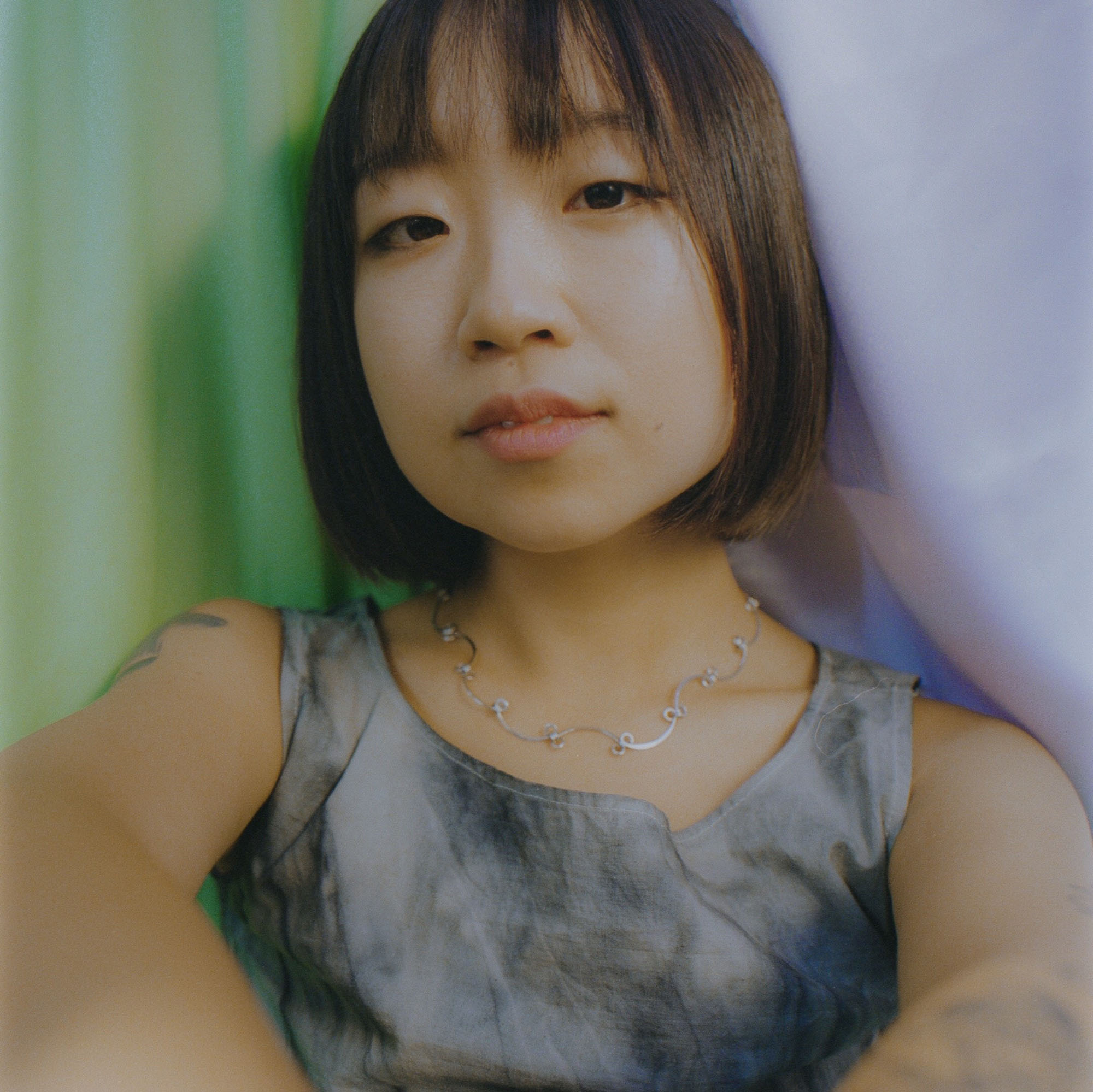 “Releasing my album within the scene I’m a part of already, I just know what kind of feedback I would have received and from where,” Su explains as she reflects on her decision to self-release her album. “I think working not just on the music part, but all these other parts, will make me appreciate other people who are involved in the industry. The music industry isn’t just about the musicians themselves, because without other people’s work and effort it’s nothing. It’s just a piece of music.”

Soon after she returned to Vancouver after her Chinese tour, the world went into lockdown, which gave Su more time to consider her position as an artist and to take on projects she would have normally been too busy to tackle. A lot of this came in the form of remix gigs, many of which skirted the indie world and that grey area where electronic music and band-oriented sounds merge. It’s a logical space for Su to occupy—her sound is rooted in an organic, hand-played sensibility that feels more human than mechanical, whatever her means of production or the tempo she chooses to roll at.

“In 2020, most of the remix requests I got weren’t from dance music,” Su explains. “Since I did a remix for DFA, all the requests were very random pop stuff. I’ve been so obsessed with Andrew Weatherall and what he did for remix work, saying yes to the stuff which was more different from the music he made.”

A sense of curiosity and self-determination guides Su’s decision-making in terms of her career, and it’s shot through with a desire to work hard and understand the music industry beyond her role as an artist. It’s this ethic which informed her tour of China in late 2019. The arrangements began with some of the expected high-profile spots in the big cities—Zhao Dai in Beijing, Elevator in Shanghai—but Su also reached out via social media to find out about clubs further afield in China that might entertain a club-oriented DJ booking.

“There were no surprises in places like Shanghai, Chengdu, Beijing,” Su explains. “These clubs are very established, with a very professional team of people working there. It felt like playing in any big club in the West. What surprised me most was these other smaller cities, where 50 to 80 people show up to your DJ set. A lot of the crowd were university students, and a lot of them were women, but they would come thinking they’re going to a concert because they like my music without really knowing about parties or dance music. I got a few messages from these girls, and they were like, ‘Oh, we came at 9pm and we had to wait until 1am. We didn’t know what was happening, and then we just started dancing, and it was our first time dancing in a club.’ 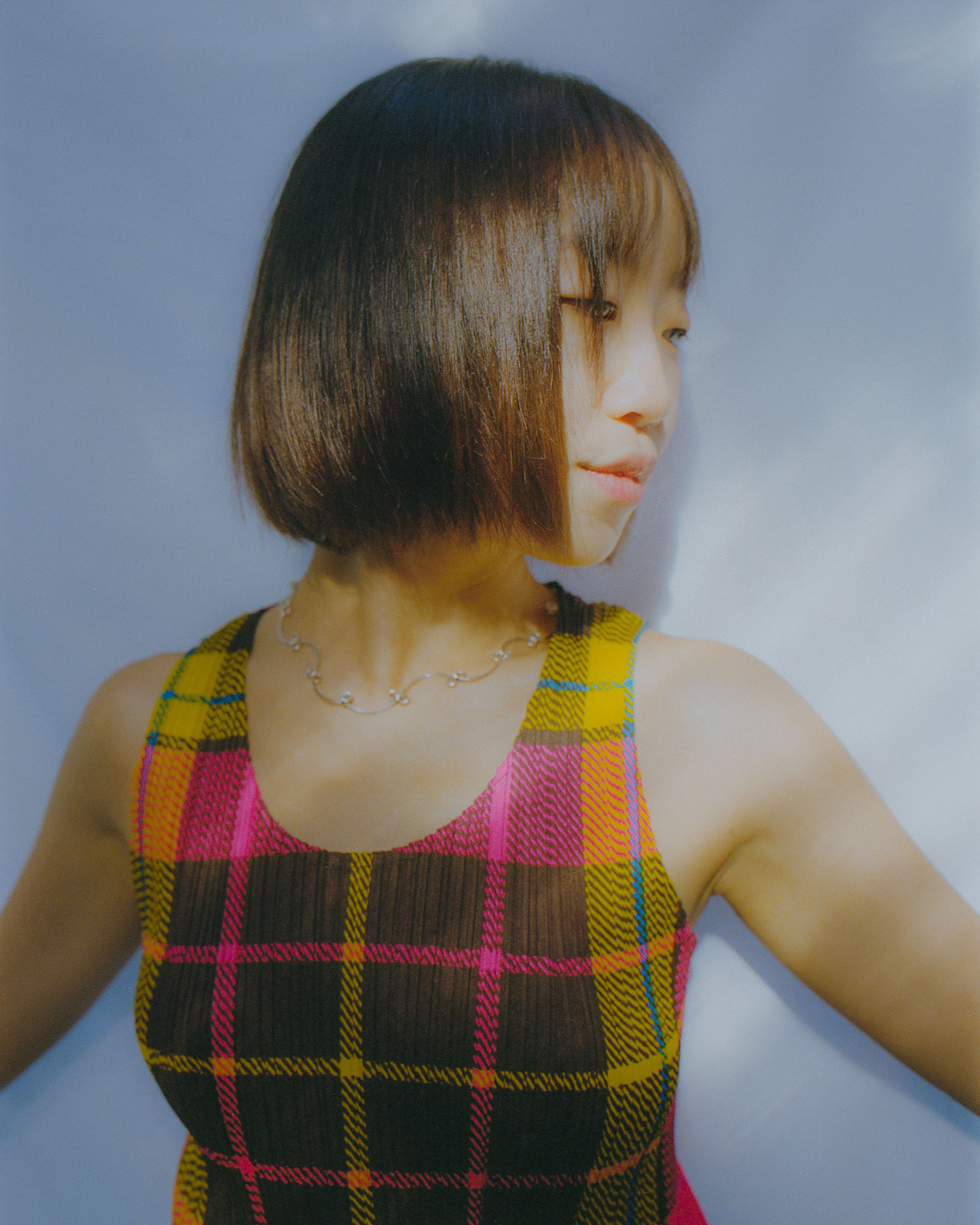 “It was so interesting, because we are used to the idea of a producer who’s a DJ, and you go to see their show which is really a party. But a lot of people in China still don’t know what a DJ really is, so they connect to you through your music. That made me so happy, being able to introduce club music to people who’ve never heard or experienced it before, and they weren’t against it.”

With nightlife and music culture forcibly suppressed for public health reasons across North America and Europe, the pandemic has signaled a unique opportunity for homegrown culture in countries such as China. Having opened up again way ahead of their Western counterparts, Su noticed the gulf between her Canadian social media feeds and her Chinese ones. While the rest of the world was still on pause, a buoyant party scene in China was solely populated with local DJs playing in all the major clubs every weekend, unfettered by the over-bearing influence of high-profile international artists. As well as the increased platform provided to Chinese DJs, she was moved by the spectrum of music being played, which shone a light on a mature local scene rich with innovation and with now a renewed space in which to develop. Su’s hope for bié Records is to help champion this open-ended energy emanating from underground Chinese music, reflecting her own eclectic tendencies as an artist and providing a bridge to a Western audience often unaware of new music coming out of China.

“We’ll be releasing strictly Chinese artists,” Su affirms. “Mostly Chinese artists who live in China. The people I’m doing the label with have started signing some new people already, but I reflect my taste in there too, which has a lot to do with how there’s no particular genre. I think that would be a good place to start because there are people making all kinds of crazy music in China.”

There’s a sense of the unknown about Su’s endeavor, albeit with the assistance of an experienced team in Beijing which runs an alternative media platform. Primarily though, it’s a chance for Su to learn the hustle that goes into building something from the ground up after a decidedly smooth ride into a professional music career.

“I think I’ve had enough luck in the past,” she admits. “Outside of making the actual music, I never had to bust my ass off to achieve something I wanted to achieve. Everything always fell into the right place at the right time. But being a musician isn’t only about the fun parts; touring, hanging out with people, and getting compliments all the time. You have to have the struggles to appreciate and understand things more.”