There is something strange about MSGM’s fall/winter 2021 collection. Something I can’t quite put my finger on. Its campaign film, “Manifesto,” is directed by Francesco Coppola. In it, models saunter through a movie theater corridor while a narrator declares “Milano is alive” over a resolute soundtrack of string instruments. Except instead of walking forwards, the models appear to strut backwards, as if someone pressed the rewind button on the entire scene. The time travel disorientation urges: where are we going? Where have we come from?

Eventually, in their rewinding, the models lead us to private viewing booths, where they get dressed, but in this rewound narrative, we are, in a most Hitchcockian viewing, watching them undress. Thus, the presentation is no longer a presentation but, in a sense, vernissage. A private viewing. A secret. 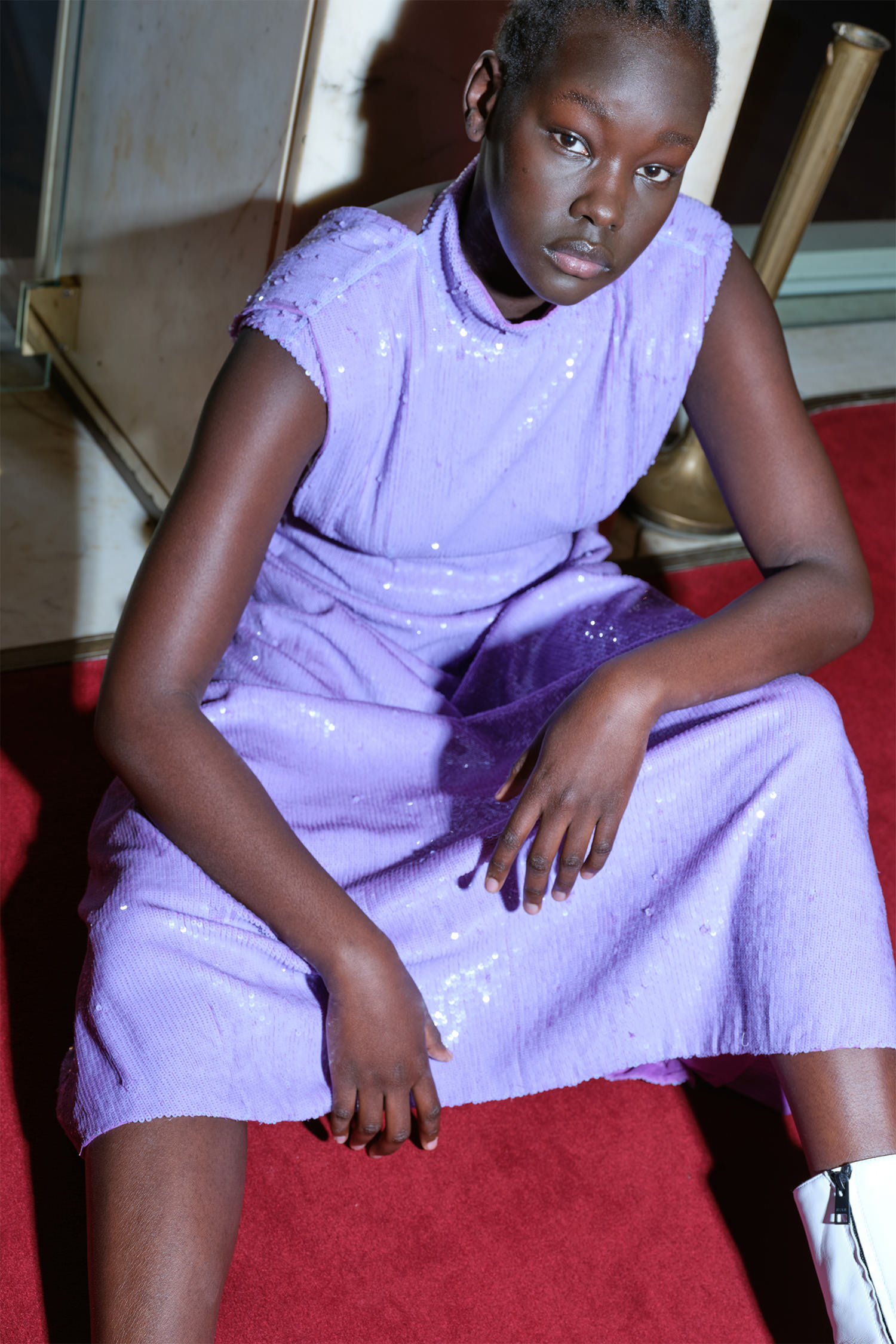 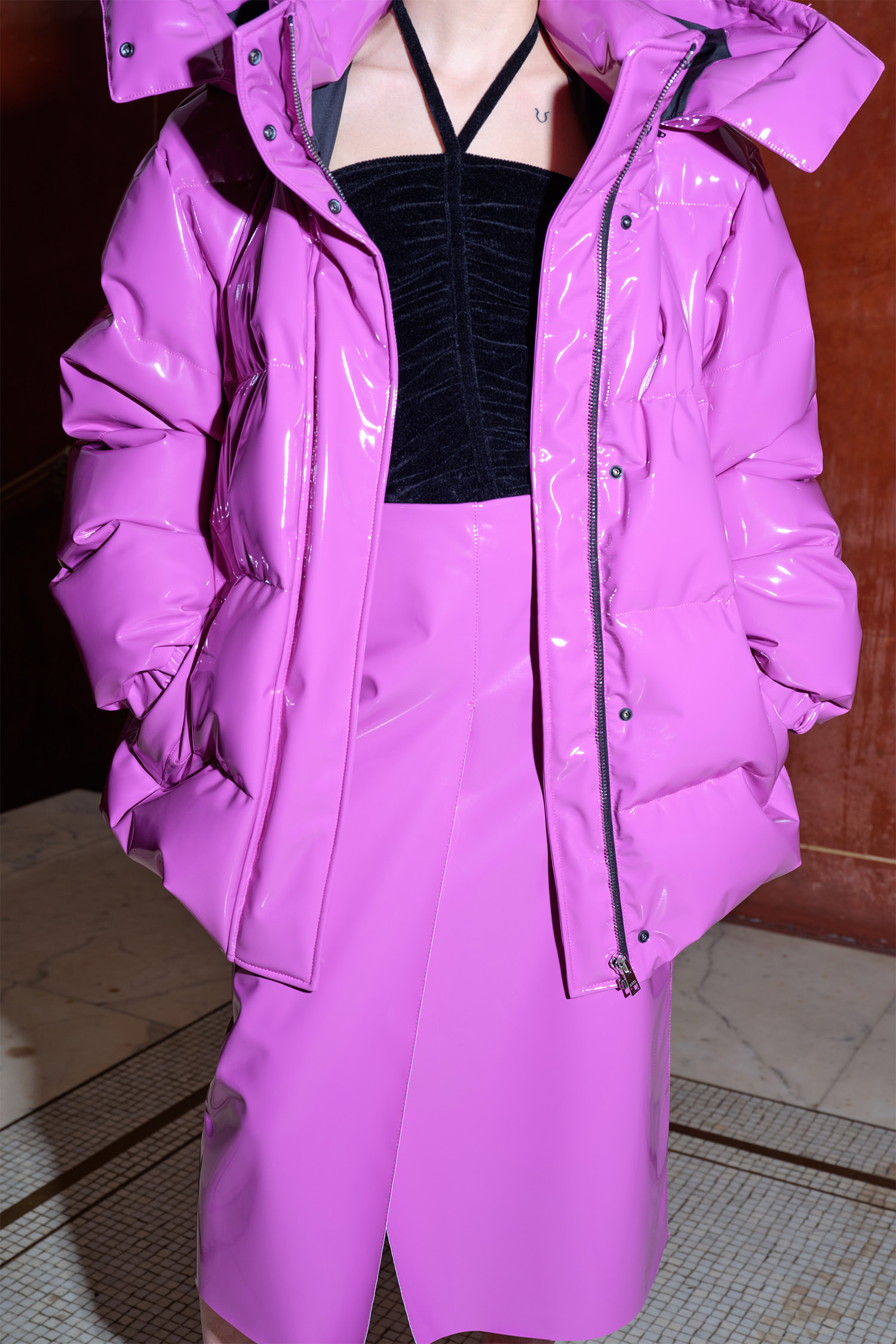 The line is inspired by Milan’s underground nightlife, Massimo Giorgetti told Vogue.com. Particularly alluring are the materials used this season. Synthetics—such as latex, vinyl, and nylon—are, in polished final form, reflective and tactile—urging our touch. And touch, especially now, but always, is the greatest evocation of desire. This season’s collection at MSGM, then, is the manifestation of desire and the promise of a salubrious future.

While Milan will go further into lockdown to stem COVID rates, the United States has announced there will be enough vaccinations for each American adult by May—thus, a promise of a return to normal. This collection is indeed an ode to Milan’s wild nightlife scene, and offers a strange promise. I’ve finally put my finger on it: its manifesto is the promise of touch. 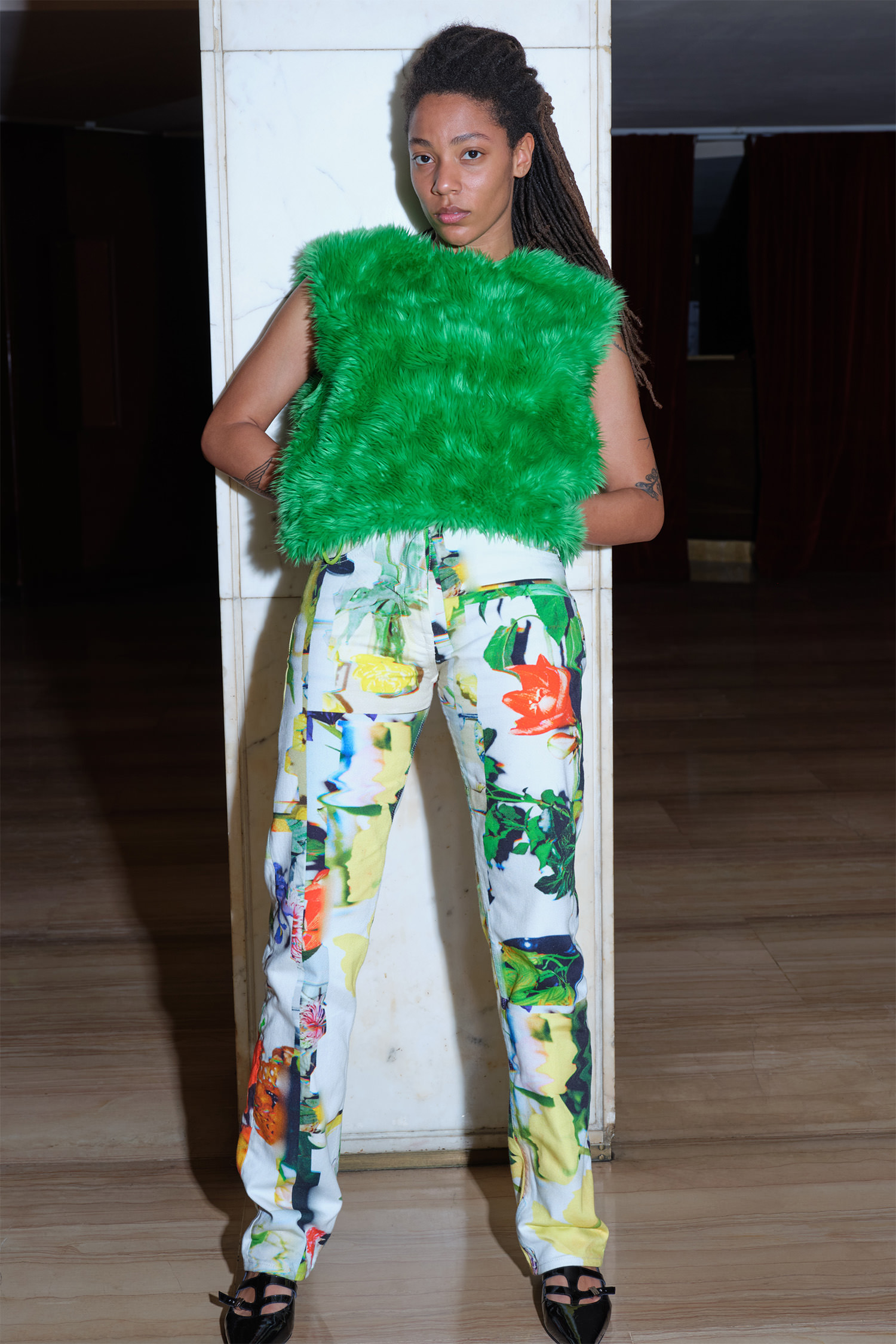 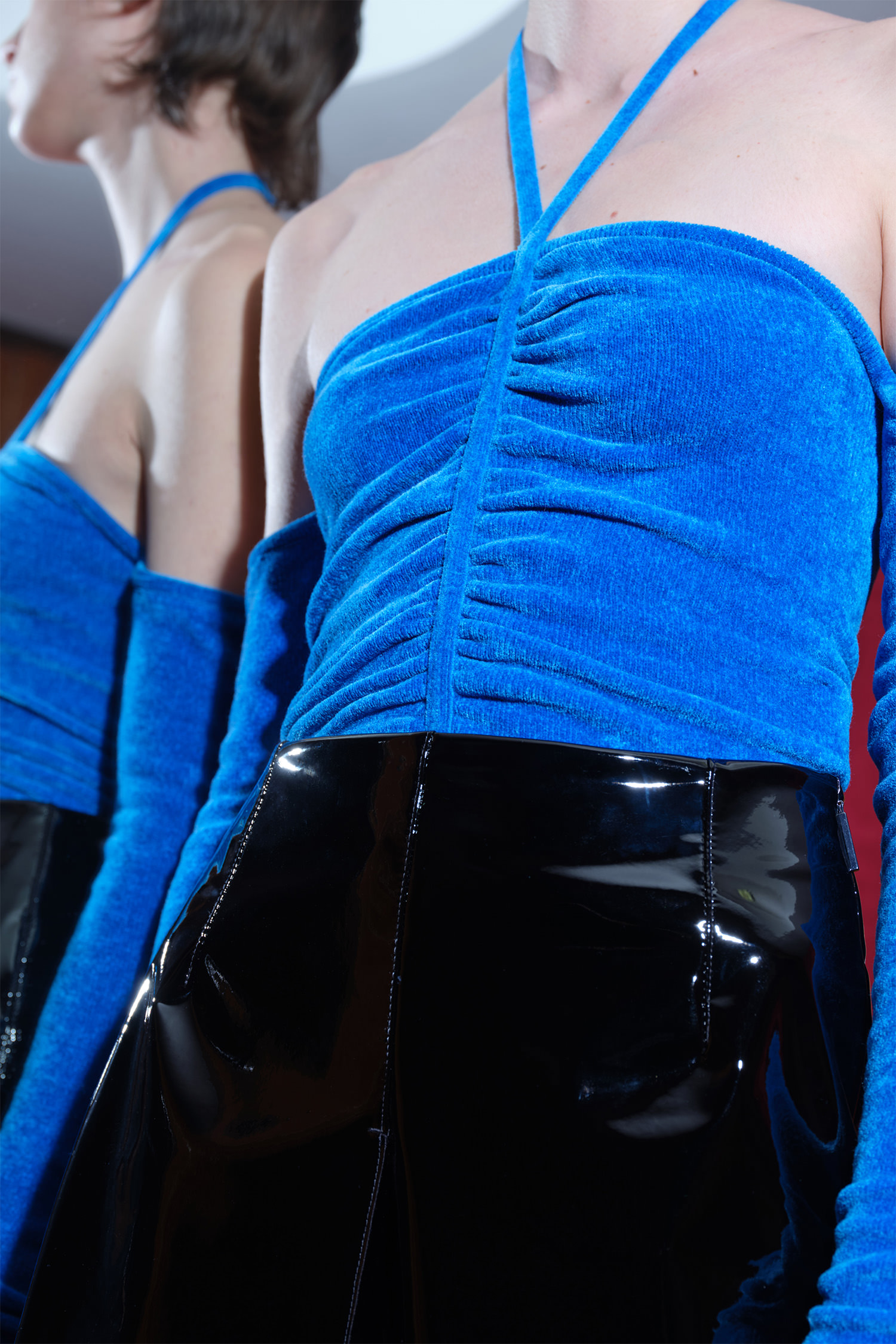 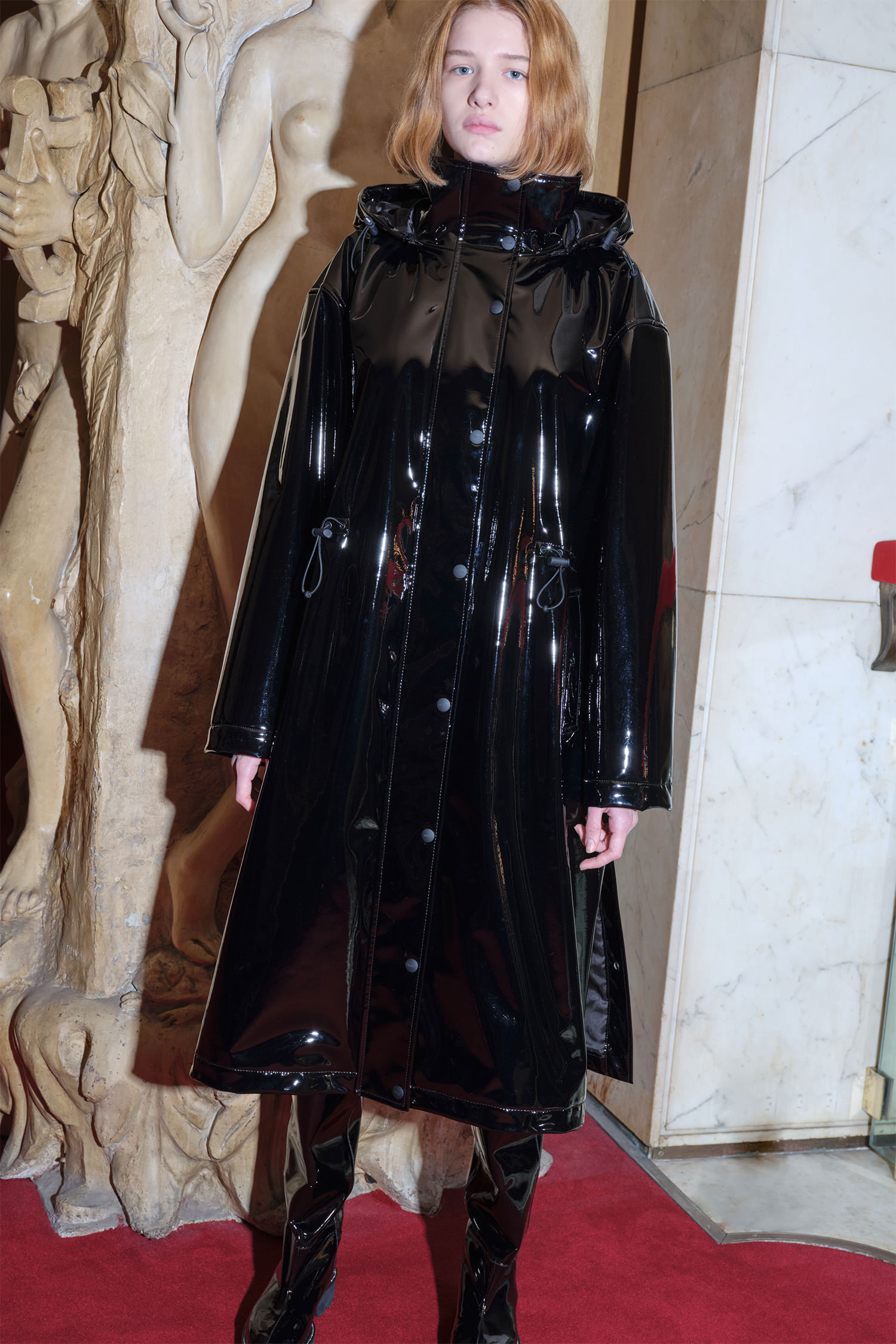 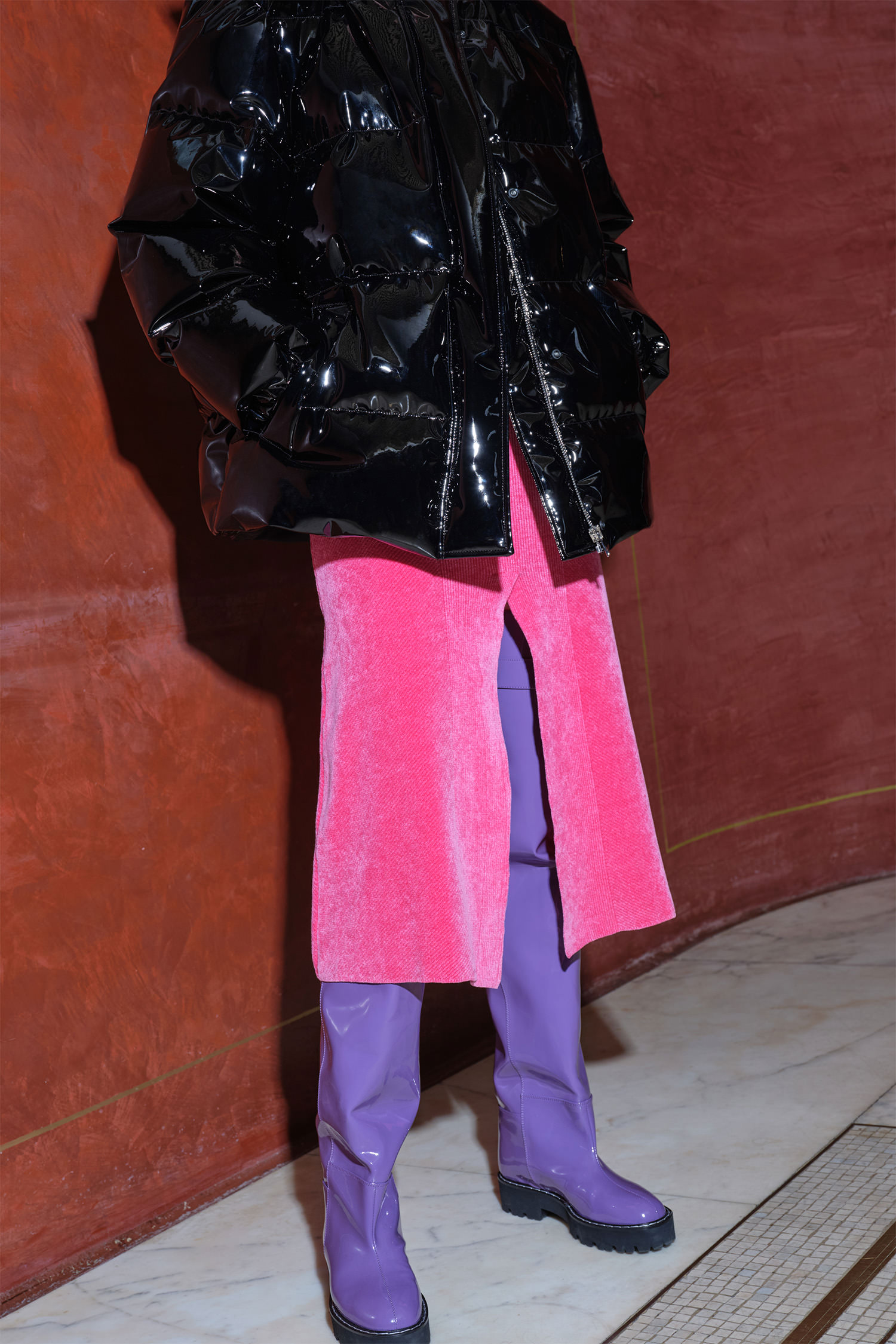 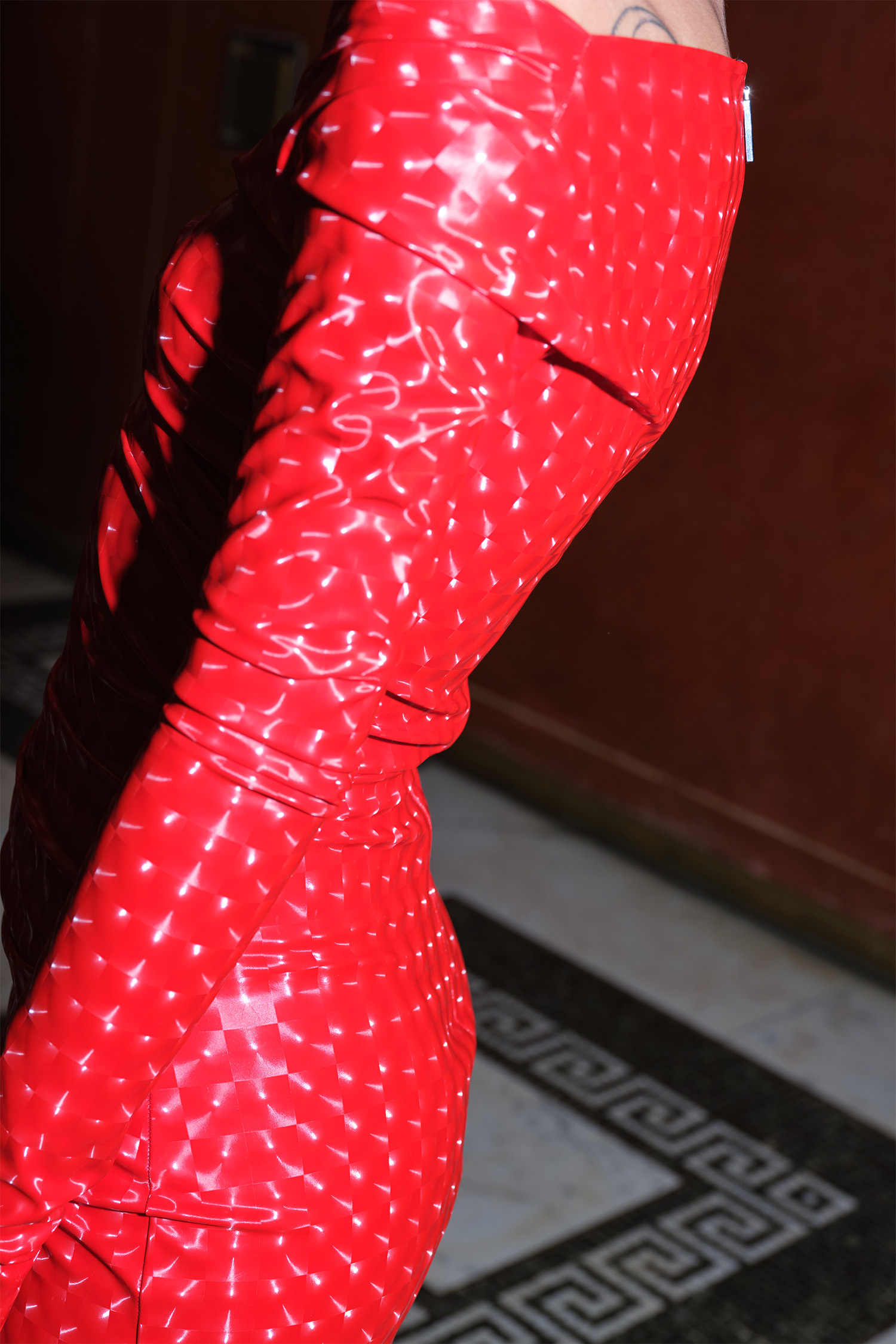 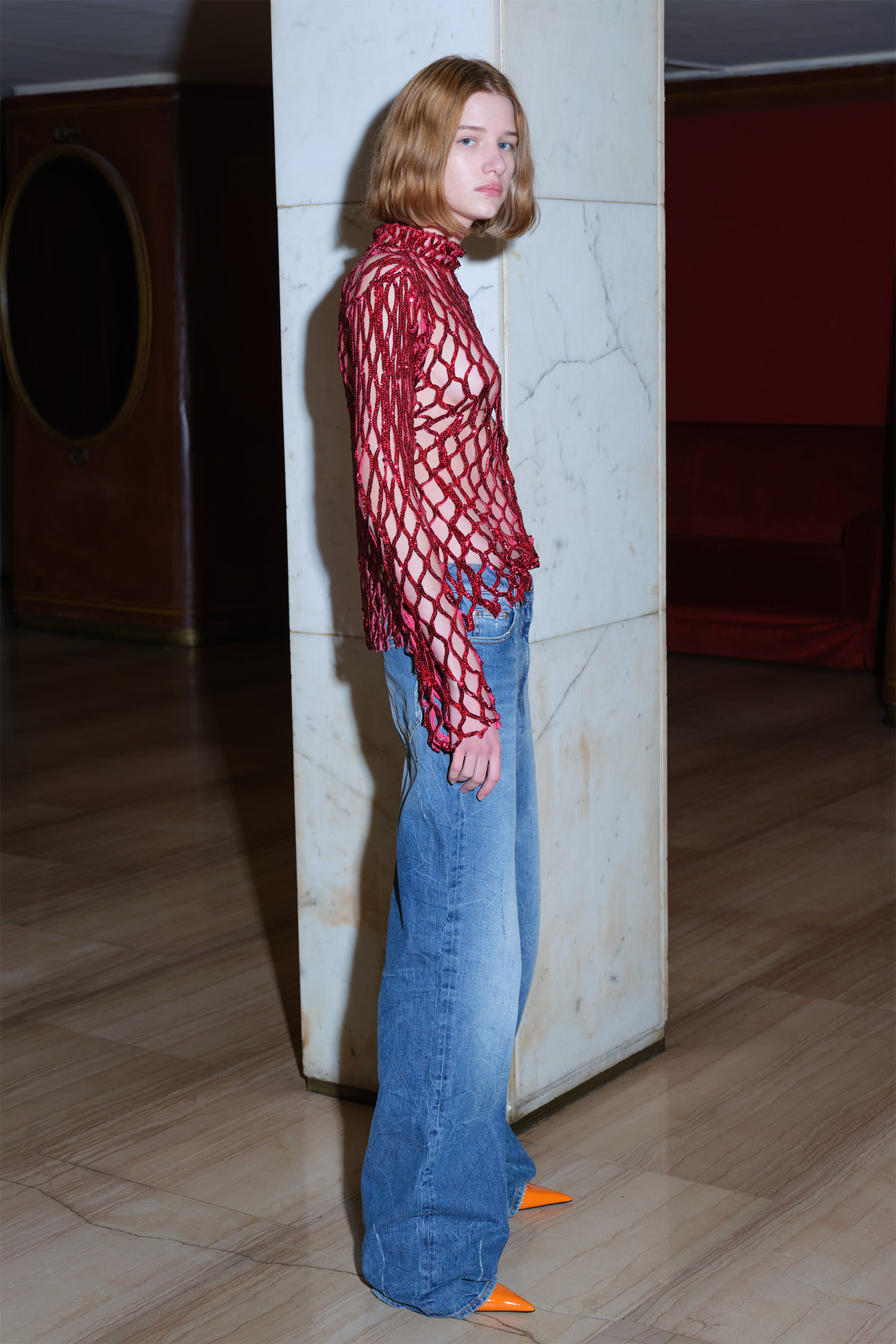