Teller’s celebrity portraits rocked Twitter last week—but in the context of the photographer’s extensive oeuvre, they're part of his larger crusade to problematize “beauty”

“Always find the image’s center,” my college writing professor urged us. The course, appositely titled “Words and Images,” was an exercise in writing about visuals. The center, as it were, was the perceived locus of meaning, according to this professor, where the image’s message or intentionality was to be found. In one image, a polaroid of Andrei Tarkovsky’s son, taken by the Russian filmmaker, the center is quite clear: the stoic teenager fills the foreground square frame in front of a river that vanishes into a distant soft focus. In that image, the center is quite explicit. In another, my professor scrutinized a painting of the sisters Brontë—Anne, Charlotte, and Emily. An obvious void and discoloration lies between Emily and Charlotte: the painter, Branwell Brontë—the only Brontë brother—had once included himself before deciding to paint himself out of the frame, leading the viewer to wonder whether his sisters or his obvious elision is the central point of the painting.

Last week, German-born fashion photographer Juergen Teller was at another center, one unimaginable to Brontë or Tarkovsky: the center of internet scrutiny. His unvarnished photographs of Hollywood’s stars, commissioned for W magazine’s perennial Best Performances issue, was panned as one of W’s worst photographic performances. The illustrious Condé Nast title (Bustle Media Group acquired W in a partnership with Karlie Kloss, Kaia Gerber, and Jason Blum last year), which came to be known for outstanding and ambitious photography in the aughts, was the subject of much meme-ing. Photographed (on what appears to be) an iPhone, celebrities appeared haggard and contorted, far from the traditional editorial. Critics called Teller lazy, some called the photographs disrespectful to its subjects.

The L.A. Times called them “odd” and “ridiculous.” ArtNet News called them “weirdo photos.” Paper, true to form, highlighted the best memes inspired by the W shoot, while Vulture ranked the celebrity images by awkwardness. The New Yorker’s Naomi Fry had some thoughtful analysis: “One could argue, however, that Teller’s photos are disrespectful to the very notion of stardom…Is stardom, in general, not the ultimate form of privilege?” while concluding that Teller teaches us it’s cool to be ugly. Of course, beauty is subjective, as Teller told one journalist: “Everyone talks about this beauty stuff. I don’t even know what that is,” adding of his subjects: “It‘s my personal vision of how I think they are. That doesn’t mean that’s how they are.”

The memers, talking heads, and other critics that compose the internet’s digital marginalia, all fashion critique that ranges from valid to invalid, but to unpack Teller’s complex visual language, we might consider couching our analysis in the broader sweep of his career arc and beginnings. 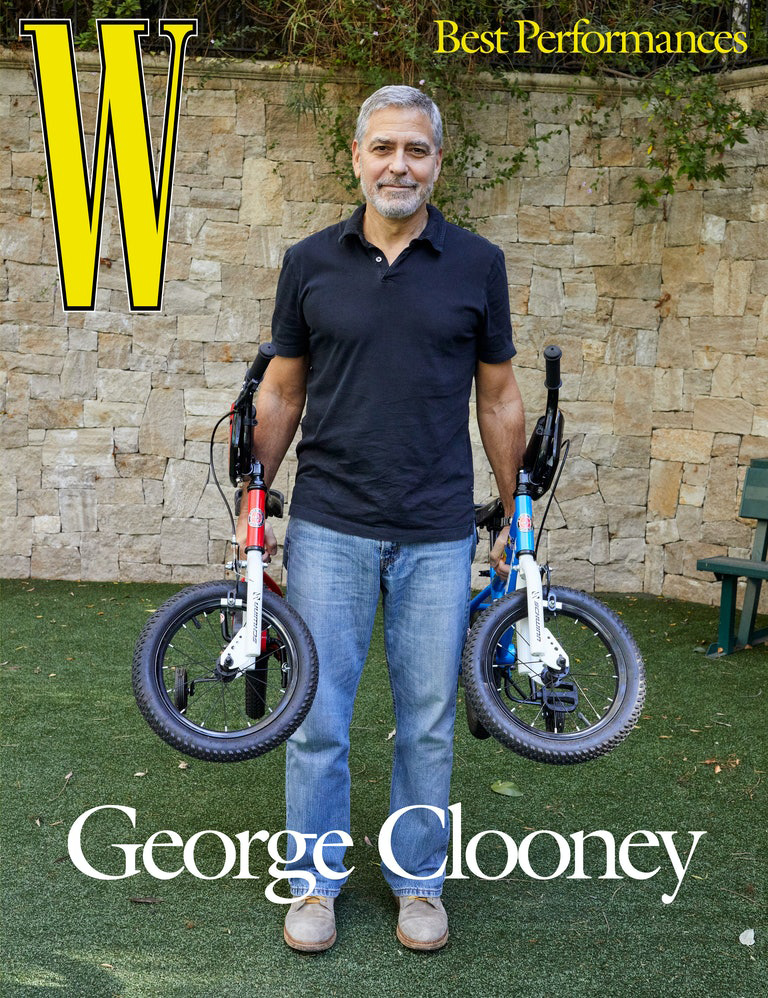 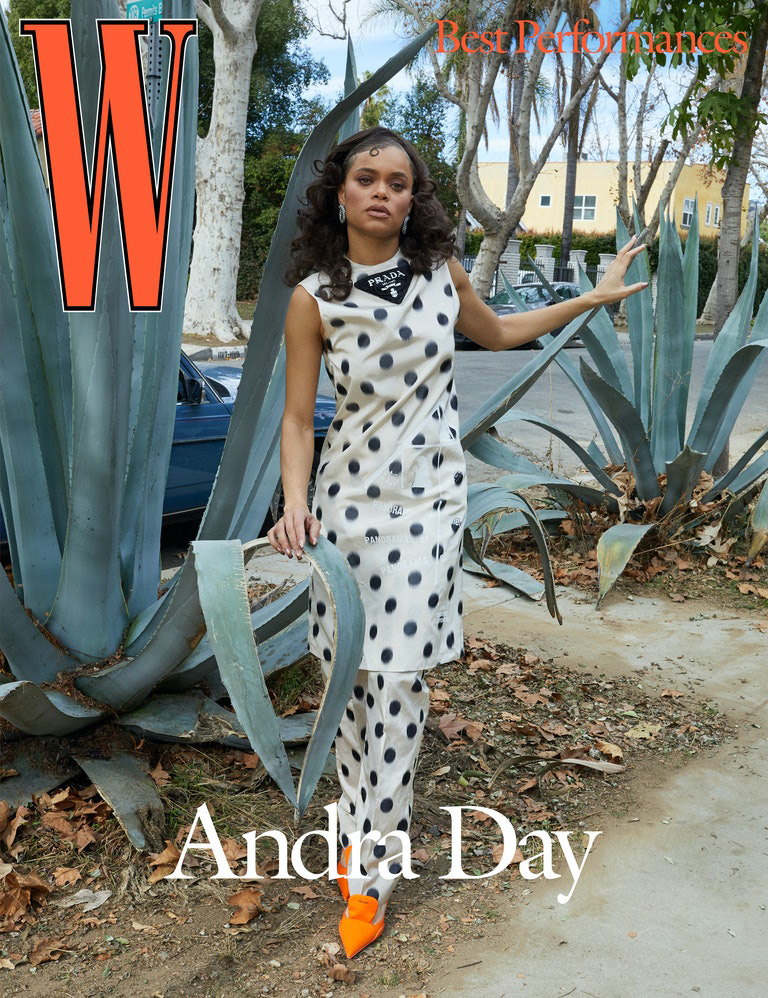 The March 1999 issue was an early flashpoint for W, then a rising star in the editorial world. The magazine was marked by witty, knowing, and ambitious creative direction under the leadership of Dennis Freedman. For the March issue, Freedman, tired of fashion photography’s contrivances, enlisted Teller to photograph the hottest haute couture looks on real-world, profligate New Yorkers who purchase and wear luxury fashion’s most ostentatiously expensive designs. The notorious shoot, “The Clients” included a cast of fleshy, (mostly) older women, photographed in homes, hotels, and ateliers. In one image Deeda Blair, a politician’s wife, renders dead-eyed and nebbish in the harsh beam of light expelled by an Olympus point-and-shoot’s onboard flash—that camera was the iPhone camera of its day. In another, German-Italian princess Mafalda of Hesse lies repose on a desk in an all-Valentino getup, with the designer, looking waxy and impotent, sitting fixed just behind her.

The portfolio was full of images that were unvarnished and technically unsophisticated—lit only with a direct, hard light source that had the upper-crust elites full of pathos and wreaking of contemptible decadence. The portfolio drew the ire of major fashion brands and advertisers who called it déclassé and disrespectful. In the ’90s, Teller offered exactly what W was looking for in a “raw documentary style”—a visual counterballast to the polished fashion photography of the day, W’s creative director Dennis Freedman later wrote in Fashioning Fiction in Photography since 1990, a book that accompanied MoMA’s 2004 exhibition. Freedman, who collaborated intensely with Teller while he served as creative director at W, wrote of fashion photography’s power to “distinguish between stereotype and reality.”

“These wealthy women are not the idealized beauties we regularly see modeling garments on the pages of magazines, and Teller’s pictures of the clients are straightforward and uncontrived,” The museum’s accompanying literature states. To run these images through my undergraduate analysis, these photographs are difficult to process and ripe for ridicule because they obfuscate and problematize our understanding of fashion image we’ve come to expect and the visual vernacular of celebrity culture we’ve come to digest. Their center is difficult to locate. One thing is immediately apparent: the images’ formal elements create “de-commercialized” pictures in an editorial landscape in which images are inseparable from fashion and fashion inseparable from commerce.

In 2008, Freedman commented on Teller’s work retrospectively, telling New York Magazine: “Juergen touches on the futility of it all—of trying to look beautiful, the futility of trying to keep up your sagging breasts or of fitting into a certain dress. So much fashion photography builds this false sense and maintains the myth,” adding: “Juergen’s pictures cut through all that, but they’re not depressing. What’s really depressing is not Juergen’s pictures, but the mindless objectification of women as clothes hangers who pose and wear clothes, but there’s nothing to the picture apart from that it’s a sales tool.”

So, yes, the tools have changed, and the medium has been complicated by social media’s pinball vortex, but Teller has stayed true to form: obscuring the image’s center.