At Fendi, Kim Jones flips the F out

All presentations, runway shows, seasonal collections represent a future expression or evolution for any fashion brand, but yesterday’s show in Milan truly heralds a new day for Fendi. The collection isn’t just another season, but a new regime, led by British artistic director Kim Jones, formerly the artistic director of Louis Vuitton’s mens’ division, who brings youth and irreverence.

Jones is known for his street style-inspired aesthetic and made a splash in 2017 with his collaboration between Louis Vuitton and New York City-based skate brand Supreme—a creative partnership that turned up the temperature for LV (it was one of the hottest, and sought after collections, because it was, in fact, so cool). 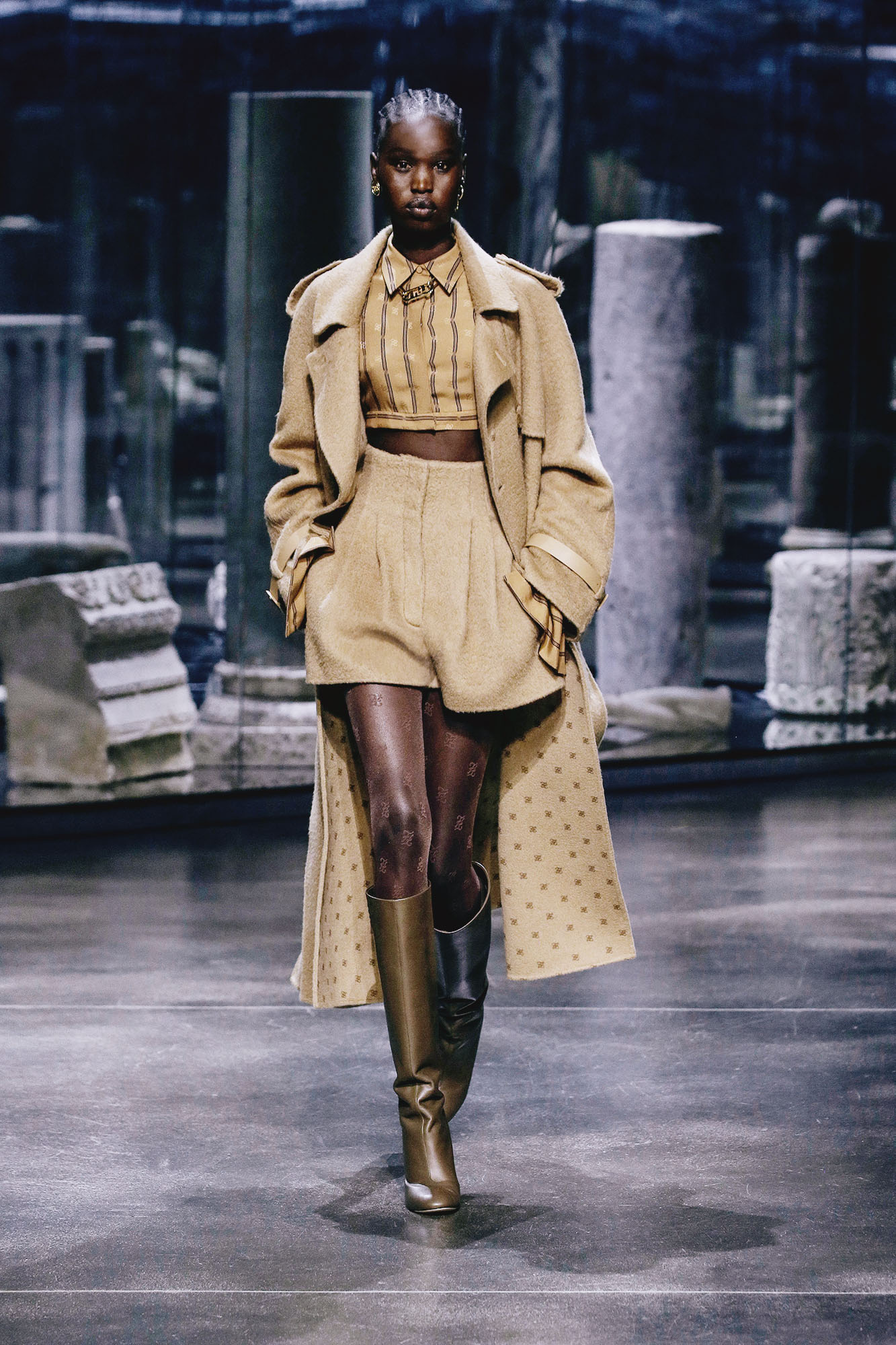 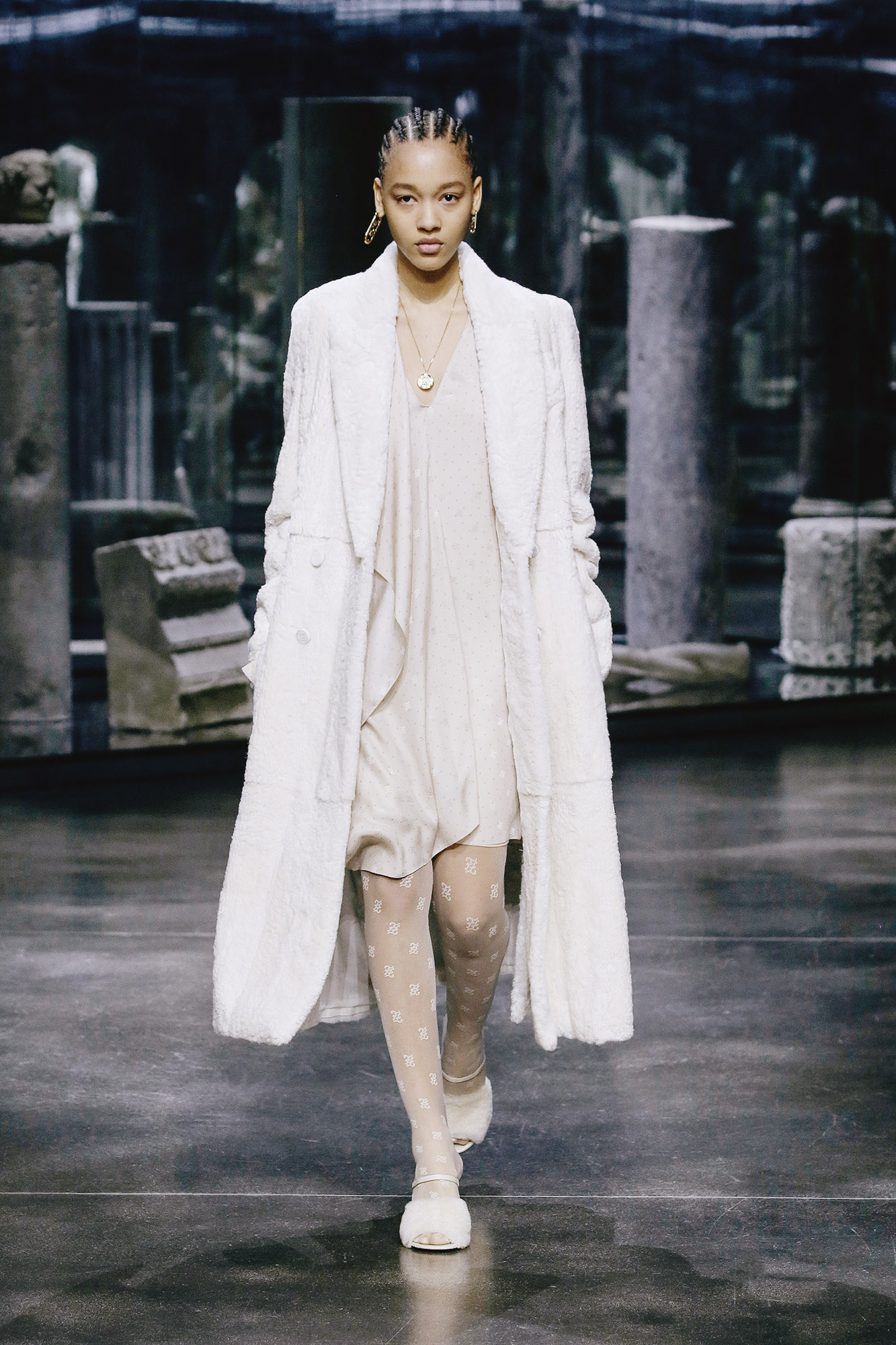 In his debut collection, Jones has devised a decidedly neutral color palette, whose mutedness is balanced out by more eccentric silhouettes, with broad shoulders, sharp tailoring, heavy layering all featured. Beige, white, brown, champagne, black and an off-purple are presented in monochrome looks with varying textures—matted beiges are complemented by lustrous champagne suits.

Jones told WWD the collection is made of “clothes that women will want to buy.” To that end, the collection is a statement on power-dressing, full of suits and sharp cuts—the indicia of a womenswear designer who has spent his life designing menswear. The collection video features models strutting through an elaborate set design, full of mirrors and glass terrarium-like structures, which from above appear as capital “F.” Within the F’s, broken pillars and defaced classical sculptures—a critique, perhaps, to the death of tradition. As one young woman criss-crossed through the maze-like set, a narrator spoke: “change the world, end all fear, put yourself in final gear, he is her, she is her,” moments later the narrator declares: “identity does not exist.” 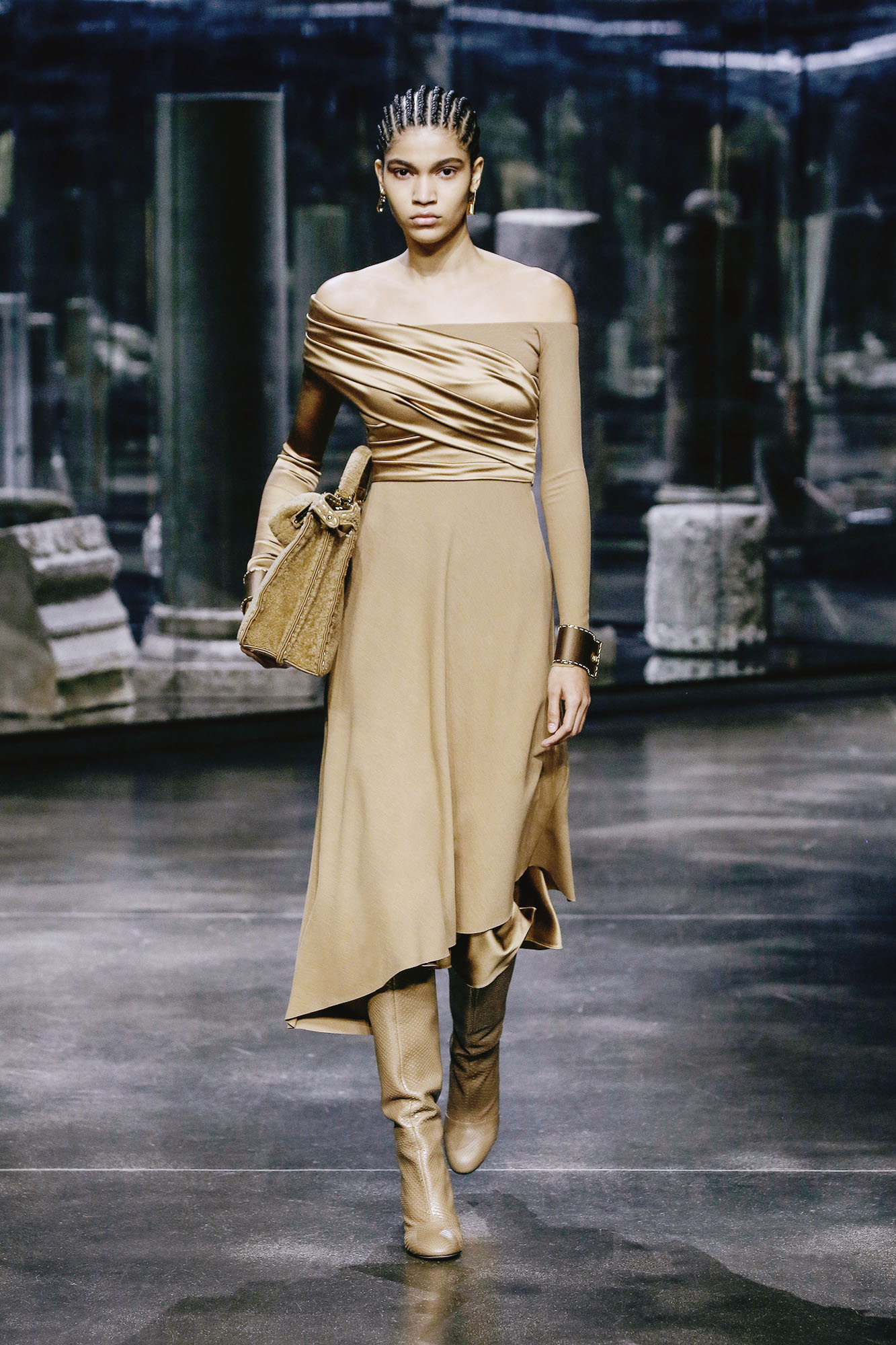 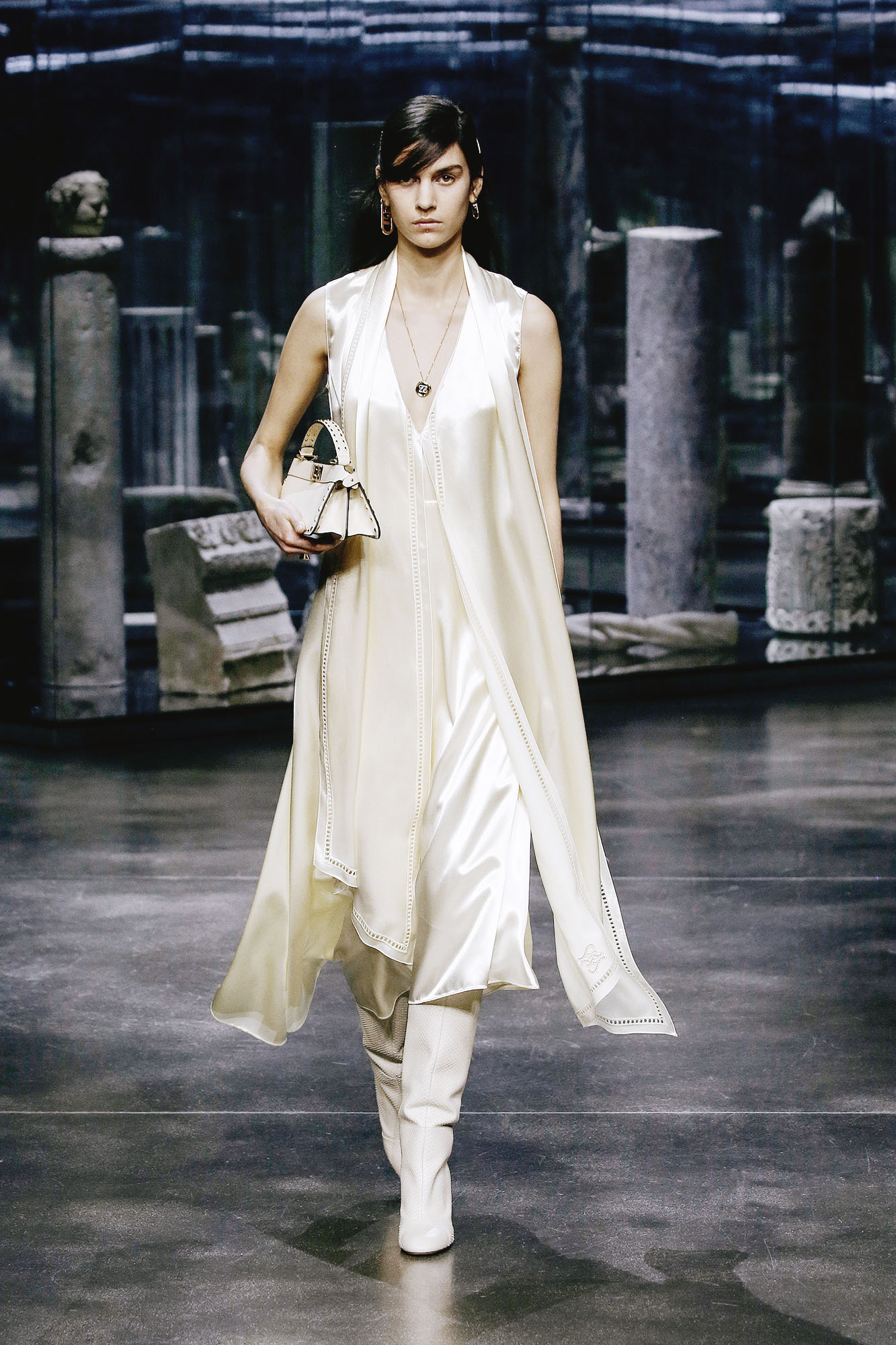 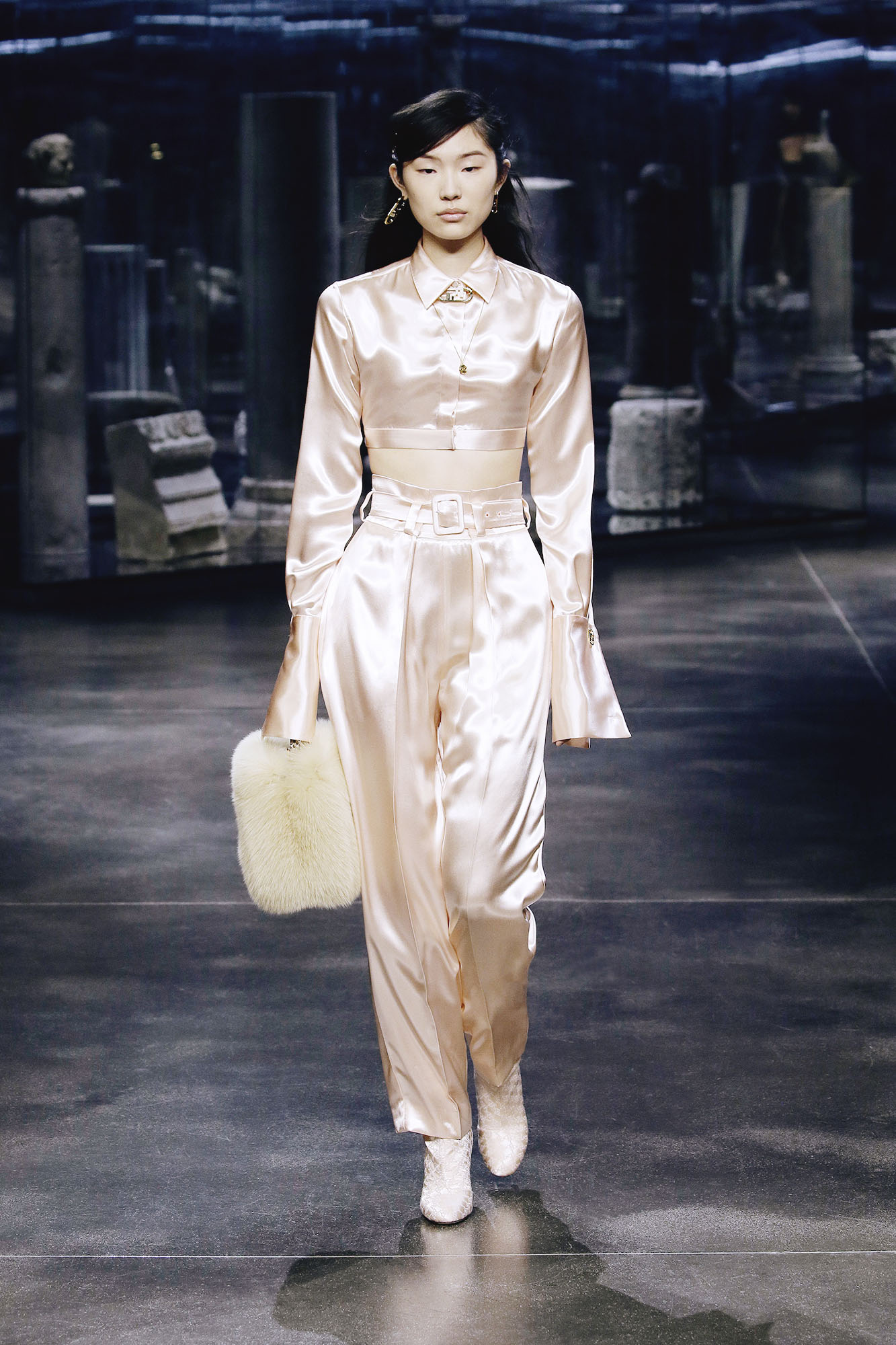 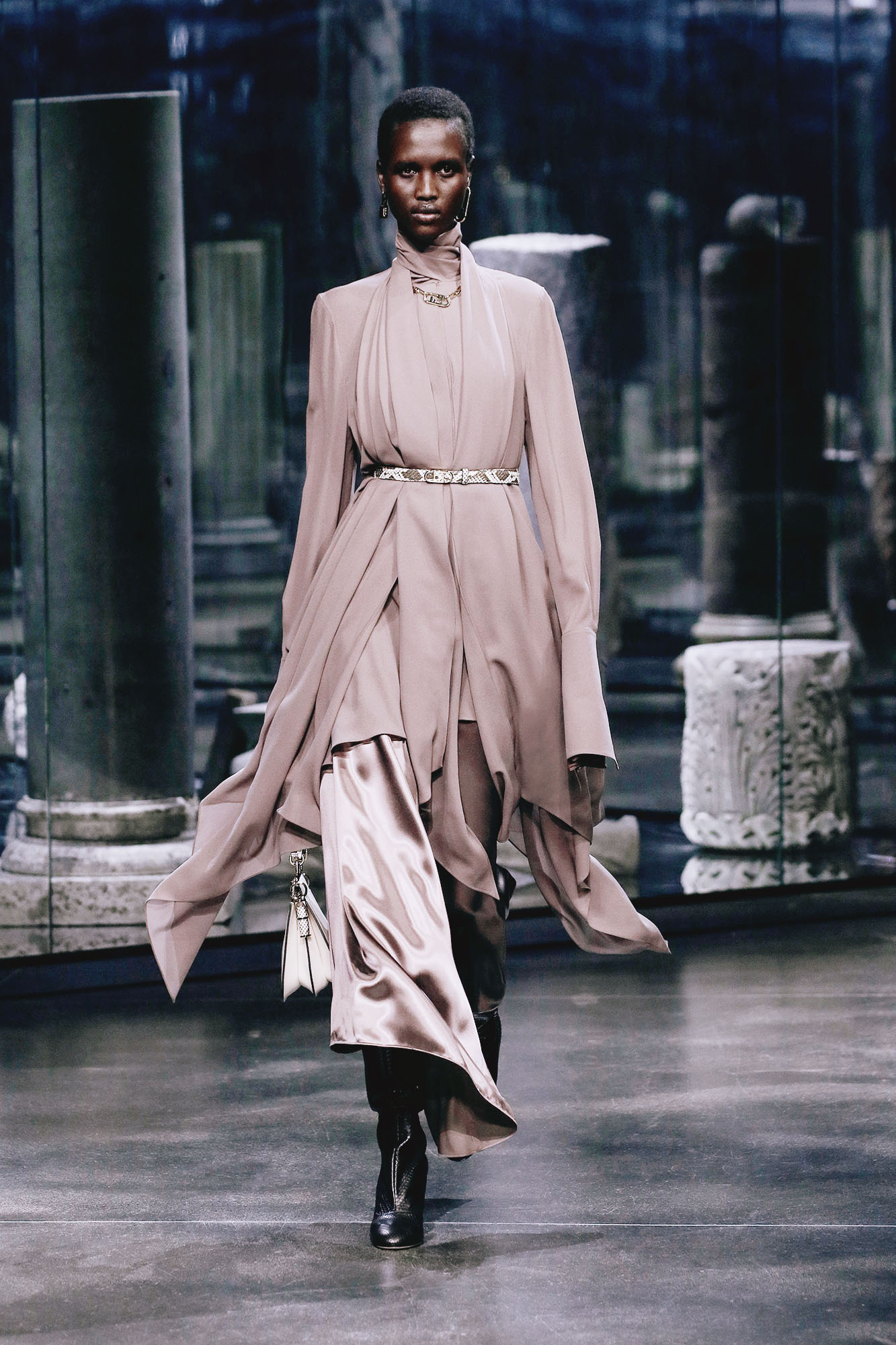