While many are mourning the club's closure, DJs Cem Dukkha and Nicolas Endlicher have channeled their energy into fulfilling another lifelong dream: starting their own record label

In Berlin, the locally adored and now, globally renowned party Herrensauna was the stuff of legend long before the pandemic closed club doors indefinitely. Founded by DJs Cem Dukkha (CEM) and Nicolas Endlicher (MCMLXXX) in 2016, Herrensauna was a steadfast haven for queer people who felt Berlin nightlife had become too straight, too touristic, and too commercial. Every guest left with the party favor of an outlandish story or experience, ranging from foursomes in the center of the Tresor dance floor to ones like my own: when I closed their three-year anniversary party penniless, phoneless, and coatless—and waltzed out of Tresor on a chilly November afternoon, wearing nothing but a sweat-drenched club ensemble and the beaming smile of someone who had just attended one of the best parties of their life.

Herrensauna was an anomaly in Berlin nightlife in that it survived the typical boom and bust cycle of positive hype, and remained a dependable source for some of the hardest, sexiest, and most unapologetic sets in the city. Anyone who proclaimed Berlin had lost its edge would be proven wrong at Dukkha and Endlicher’s party, a radically safe space that not only permitted but encouraged each attendee to unleash their innermost heathen without fear of judgement. It’s precisely the kind of place that those of us still mourning the techno scene struggle not to get too nostalgic about. But, as is the case with any major loss, those painful feelings of longing come in sudden waves, when something in the external world triggers memories of what’s now absent. I was last in the throes of such grief when en route to meet the Herrensauna founders at a cafe in Neukölln, to discuss their latest creative ventures and how they’ve navigated the pandemic. 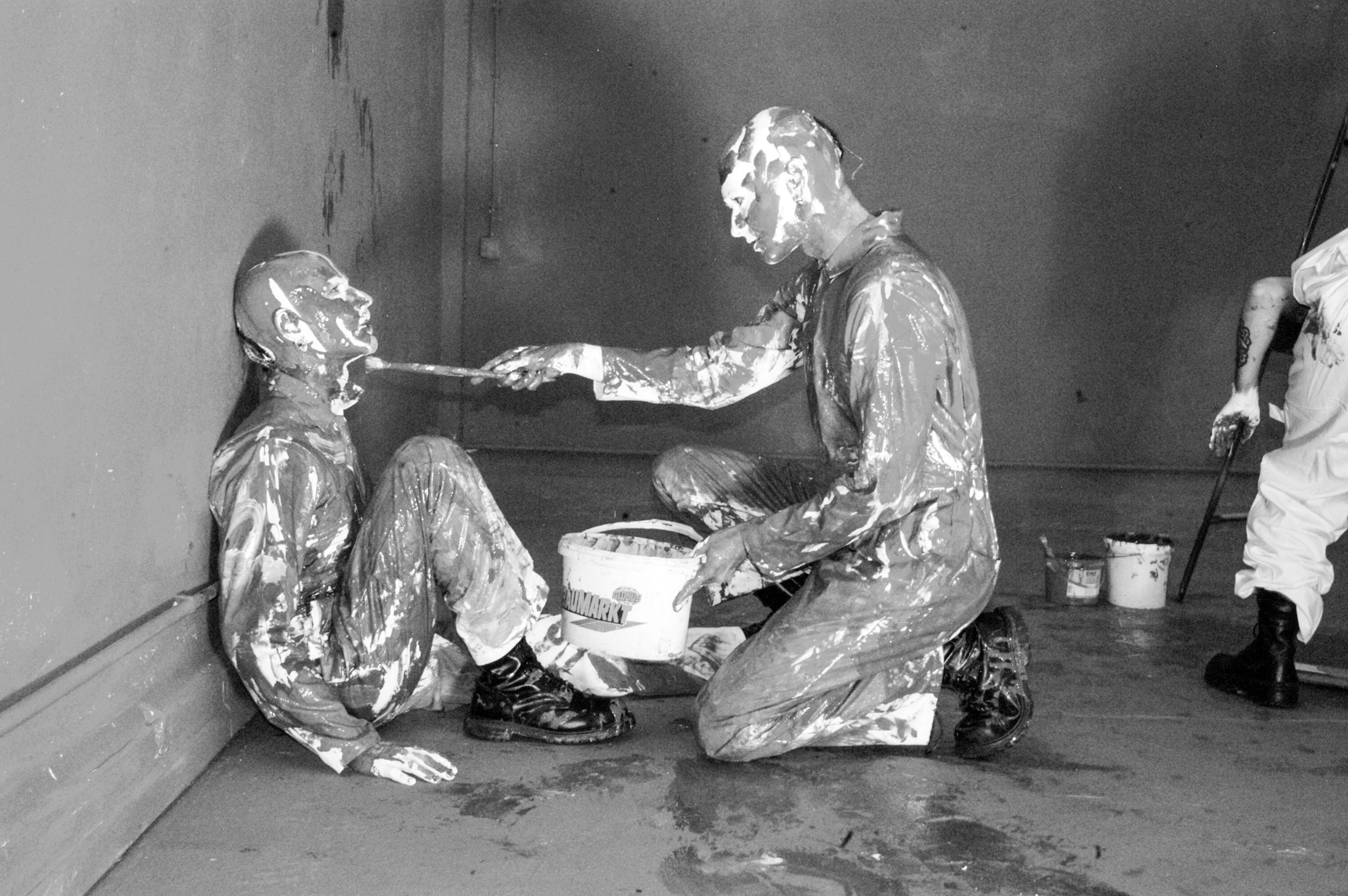 After mulling over my cinematic montage of memories in transit, I greeted Dukkha and Endlicher in a state of lamentation, keenly aware of how much I took access to spaces like Herrensauna for granted, and how much I underestimated the impact of this outlet on my overall wellbeing. The Herrensauna founders didn’t mirror my affect in the slightest, and rather were radiating what I can only describe as a ‘post-quar glow’: a welcome byproduct of time off from regular hosting and touring (the two were previously playing up to 11 gigs a month). The pandemic forced them to relinquish their commitments to meeting the immediate creative needs of the next party or set; both feel club closures have awarded them a sense of physical and artistic recuperation, and an opportunity to put their own needs and desires first.

“At some point, I no longer felt I was in control of what Herrensauna was,” said Dukkha, who has relished the freedom to explore different moods and tones in his music production. “People have come to expect that intense banging sound, but [Herrensauna] like myself, is so much more than just four-to-the-floor extreme. Plus, having to show up to every gig with 100% power and energy is draining as hell!” Endlicher, who has enjoyed focusing more on painting and on making upcycled, bleached clothing (from the discarded garments he finds in his neighborhood), echoed that thought: “You start to think more about the crowd and the effect than what makes you happy. Finding the balance between the two is important and we’ve learned that lesson.” 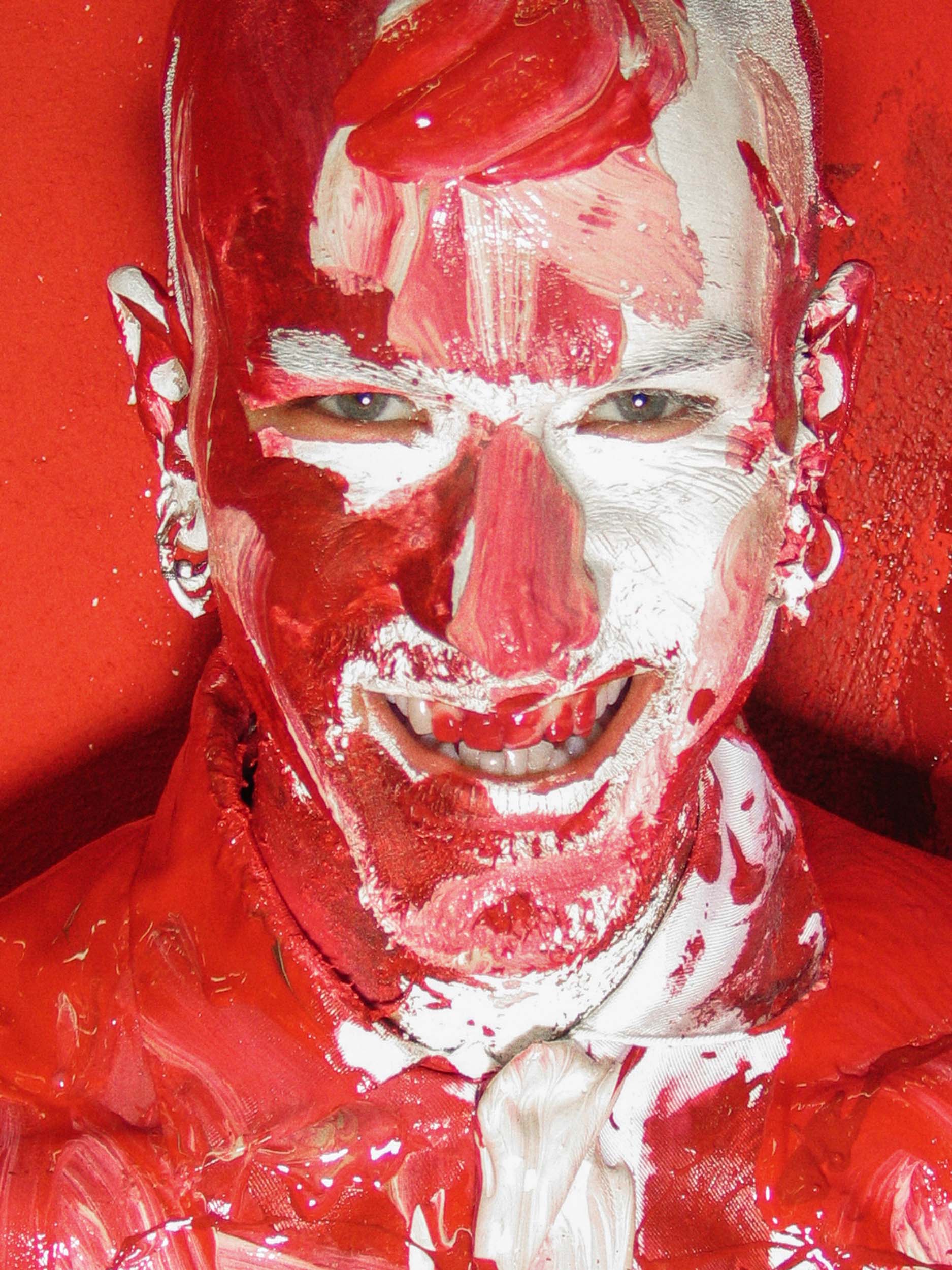 But Endlicher and Dukkha have also directed their focus toward fufilling a timely professional aspiration that’s been brewing since the party’s beginnings: launching their own record label. In October, they released a four-track vinyl EP, V/A Vol. 1, offering people an opportunity to take home a piece of the party’s sound and spirit. The EP is a reflection of the promising underground talent that they have supported over the years, and includes tracks by in-house resident Cadency (aka Hector Oaks), Copenhagen’s Fast Forward member Sugar, Historical Repeater, and Aasthma. In addition to providing fans with physical manifestations of an impermanent party atmosphere, the record label is also Dukkha and Endlicher’s way of creating what they describe as their own “sonic universe,” which encompasses music that extends beyond the hard, brooding techno their parties are famous for. While “Crack and Collapse” and “Paranoia” are fairly aligned with their signature sound, the undulating “New Life” is surprisingly fresh and airy, as is the experimental track “Go Bark,” which features vocals by Dale Cornish. “It was important for us to showcase that we can do one thing well, but also many others,” Dukkha said.

The duo set out to challenge both auditory and aesthetic expectations, as evidenced by the EP album art. Mauro Ventura created the artwork showcased on the record, a contemporary take on ancient calligraphy, handmade by layering painting, woodcutting, collage, and bleached fabric. It very intentionally strays from the narrow graphic field we have come to associate with electronic music. “I do love internet art,” Dukkha said, when I asked about their visual protest. “But also fuck minimalism! Everything now is so over-designed and super high-digital. We think it’s meaningful to provide some kind of contrast to that.” Fortunately for fans of the first release, two more EPs will be released in 2021, each bearing a unique Ventura artwork. 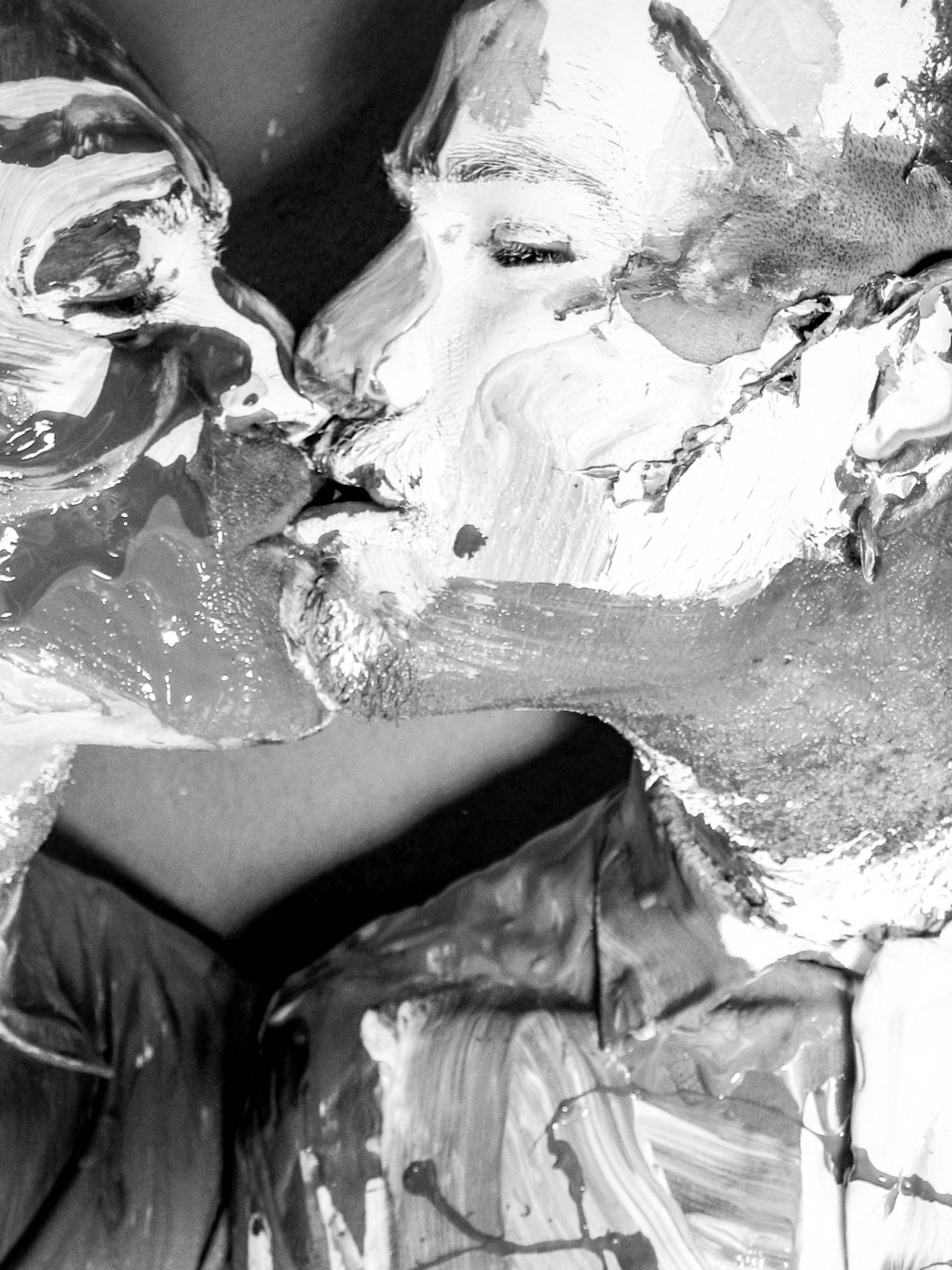 While the label is the center of Herrensauna’s current world, the duo didn’t take a complete hiatus from hosting in 2020. When Covid-19 cases were low in Berlin this summer, small parties were allowed, given the hosts implemented a “hygiene concept,” severely restricted the headcount of attendees, and ensured masks were worn on the dance floor. Dukkha and Endlicher hosted two secret, invite-only parties, which—thanks the new safety regulations—they felt were more aligned with their original vision for the party than any of the larger events they’ve hosted in recent years. “We hit this point in Berlin where access [to techno parties] was available constantly. It just desensitizes you to everything,” Dukkha said. “It’s sad, but sometimes I felt that these parties…were just rooms where people could get lost in their addiction. I think we had to hit this bottom to appreciate what we once had.” At these novel summer events, Dukkha and Endlicher witnessed the return of the magic they created back in 2016, when they simply set out to throw a party that could offer them and their friends exactly what other club nights in Berlin couldn’t. The two particularly lit up when discussing the larger of the two events, which they refer to as “the iconic one”: a party in a wartime-era storage facility with a drag-themed dress code. “It was everything we wanted it to be,” Endlicher said. “The best part was that people really dressed up and contributed, which made the experience so much more rewarding overall.”

While the majority of conversations about the future of Berlin nightlife typically hinge on the threat of its extinction, Dukkha and Endlicher’s 2020 experience makes a case for a far more positive outcome: that the party scene will resurrect as an earlier version of itself, something more akin in spirit to Berlin nightlife in the 1990s than the 2010s. Infected by their optimism, I walked home no longer dwelling on memories of the past, but instead fantasizing about making new ones, in a nightlife landscape that, as a whole, better embodies the Herrensauna vision of artistic integrity, authenticity, and unadulterated freedom.