As Uber threatens to extinguish taxi culture, the cabbie-turned-photographer publishes a heartfelt tribute to the glory days of NYC's iconic yellow cab

What emblem better represents New York City’s frenetic pace and its inhabitants’ relentless work ethic than the yellow cab? Taxis have littered countless television shows and movies set in the city since the dawn of color TV, becoming synonymous with New York’s mythic quality in the public imagination. The New York cabbie is (directly or indirectly) responsible for two of the most referenced lines in 20th century American cinema: “I’m walkin’ here!” in John Schlesinger’s Midnight Cowboy and “You talkin’ to me?” from Martin Scorsese’s Taxi Driver. But photographer Joseph Rodriguez’s new book, Taxi: Journey Through My Windows 1977-1987, is the story of a cabbie who couldn’t be further from the negligent driver that nearly hits Dustin Hoffman, or the violent misanthrope played by Robert DeNiro. “Taxi was the beginning of my path to humanism,” Rodriguez says.

Born and raised in Brooklyn, Rodriguez is an acclaimed social documentary photographer, perhaps best known for his images of Spanish Harlem in the 1980s, who drove a cab from 1977 to 1987. Taxi, Rodriguez’s 10th book, chronicles the final three years of his decade-long former life as a cabbie. After enrolling as a student at International Center of Photography, Rodriguez began taking pictures of the things he saw as he traversed the five boroughs, transporting passengers of every color and creed to their requested destinations. The body of work he created was an homage to his city at a time when it was in a dramatic state of flux. He was driving at the beginning of the Reagan era, when unemployment and violent crime reached an all-time high as the administration waged a culture war on America’s working class. Author Richard Price describes the decade vividly in an essay that appears in Taxi: “It felt like the city was getting its teeth kicked in on a daily basis, encompassing as it did, the dawn and high noon of the AIDS crisis, one municipal budget crisis after another leading to wage and hiring freezes, labor strikes, and, in general, an overall deterioration…in the everyday quality of life.” 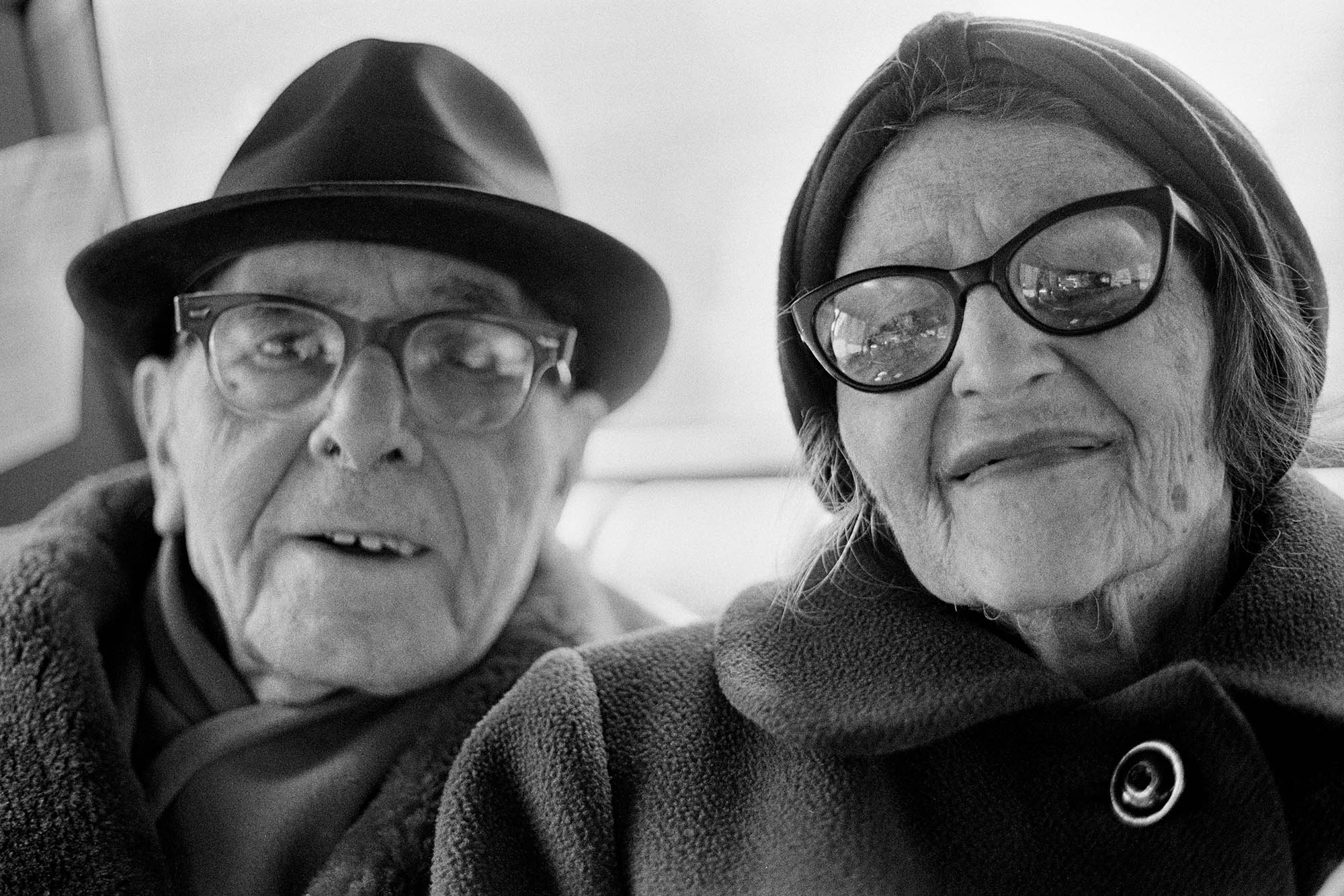 There are many parallels between New York in Taxi and New York today. Unemployment is high, crime and poverty are up. During the COVID pandemic, parts of the city have been largely abandoned. The most glaring and significant difference is the state of the taxi industry. It’s no secret that the rise of unregulated ride sharing apps like Uber and Lyft have decimated an industry already suffering from the exploitative taxi medallion (a metal fixture which is necessary to operate a taxi in the city) scam and market crash. Last year, as Uber’s value rose to $75 billion, the value of the taxi medallion plummeted to $75,000, despite being worth $1,000,000 a few years prior, leaving many drivers in unfathomable debt. New York is already crafting its own version of California’s controversial Prop 22, which classifies Uber and Lyft drivers as gig workers in order to exempt these companies from any requirement to provide employee benefits like health care and paid sick leave, further illustrating the alarming rate at which workers’ lives and once-lucrative callings are being exploited by faceless corporate giants.

Taxi shows us precisely what New Yorkers risk losing, with the yellow cab industry in such a dire state. “Cab drivers make up the human element of the New York City experience,” wrote historian Graham Russel Goal Hodges in Taxi! A Social History of the New York City Cabdriver, his 2007 book about the city’s cab culture and community: “Hard driving and talking relentlessly, they have given generations of city dwellers and tourists moments that represent what New York is all about.” Rodriguez’s Taxi photographs are heartfelt monuments to the value of the interpersonal relationships that Hodges describes, which have shaped the city for the past century. Car services around the world hinge on an intimate exchange between driver and rider, a commitment to share a confined space and for passengers to confide where they have been and are going, and trust that the cabbie will keep their secrets and drop them at their destination in one piece. But the New York City yellow cab is its own distinct breed, truly legendary in its ability to foster memorable bonds and fleeting feelings of solidarity that make life in a grueling city more bearable. “A cab becomes a place to hear stories. It also becomes like a psychiatrist’s office,” Rodriguez writes, recounting the stories and details of his passengers that endure vividly in his memory. “People have so much to tell you.” 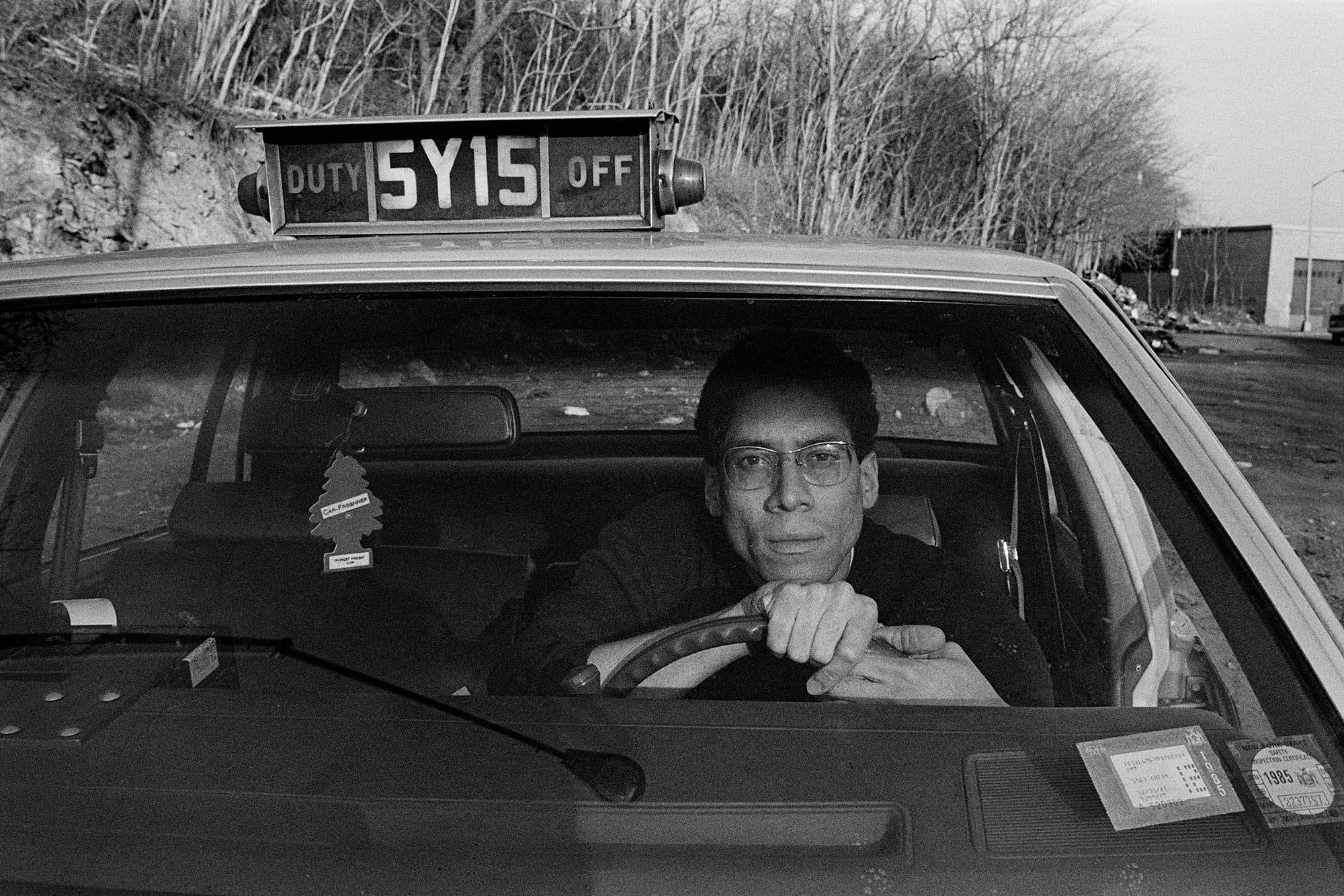 While Taxi Driver’s infamous, unhinged Travis Bickle was obsessed with purging the city of its so-called “filth”—his term for sex workers and those in the drug trade—Rodriguez’s images of the ’80s are steeped in the kinship he felt with the figures who starred in this salacious chapter of New York City’s history. Offering safe transit to gay leather bar patrons, trans sex workers, kite high clubbers, and even the occasional gangster in the early hours of the morning was part of his daily routine. “I used to work the S&M clubs because those were the long fares,” Rodriguez writes in Taxi. “There was one fare I picked up at the Hellfire on Washington Street—leather chaps, ass out, leather hat. By the time we arrive at his Park Avenue apartment, he’s transformed into a Wall Street banker.” Although Rodriguez was just a student at the time, his grainy black-and-white portraits of the people who graced his back seat or appeared though his windows have a depth, certitude, and wisdom that foreshadow the photographer’s imminent mastery of the social documentary genre. Equally striking is the book’s precise image selection and sequence, which serves to highlight the drastic contrasts in character, culture, and class that defined his riders and the city they called home. Whether Rodriguez was photographing a Fiorucci model walking to a photoshoot, church-going children in their Sunday best, or a drag queen, he tells all their stories with empathy and nuance—creating a vision of the city in which each New York life is as valuable as the next.

Just days before the release of the book, Rodriguez went to the taxi garage at the end of his street in Park Slope, where he saw a fleet of 50 cabs sitting empty. After asking, “How is it today?” a driver said to him, “If you can make 50 bucks, that’s a pretty good day.” Rodriguez said he was making that amount… in 1984. And now, with revenue down 81% from the previous year thanks to COVID, New York City’s cab drivers–91% of whom are immigrants, and 40% of whom hail from traditionally Muslim countries–are destitute. Without significant intervention, it’s likely that the yellow cab industry will join the tragically long list of the virus’ casualties. Rodriguez’s book serves as an impassioned reminder that hailing a yellow cab every now and again can truly go a long way. 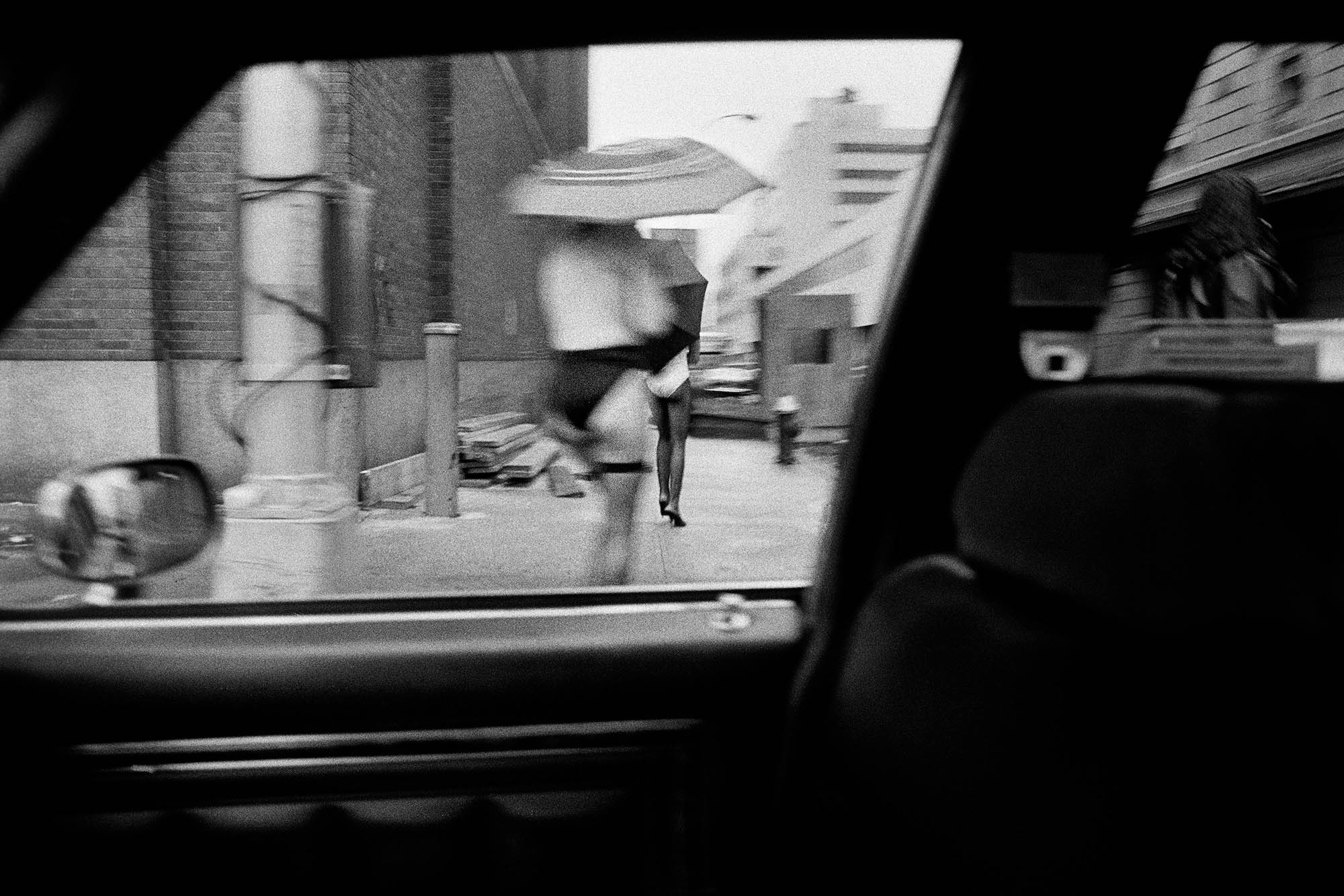 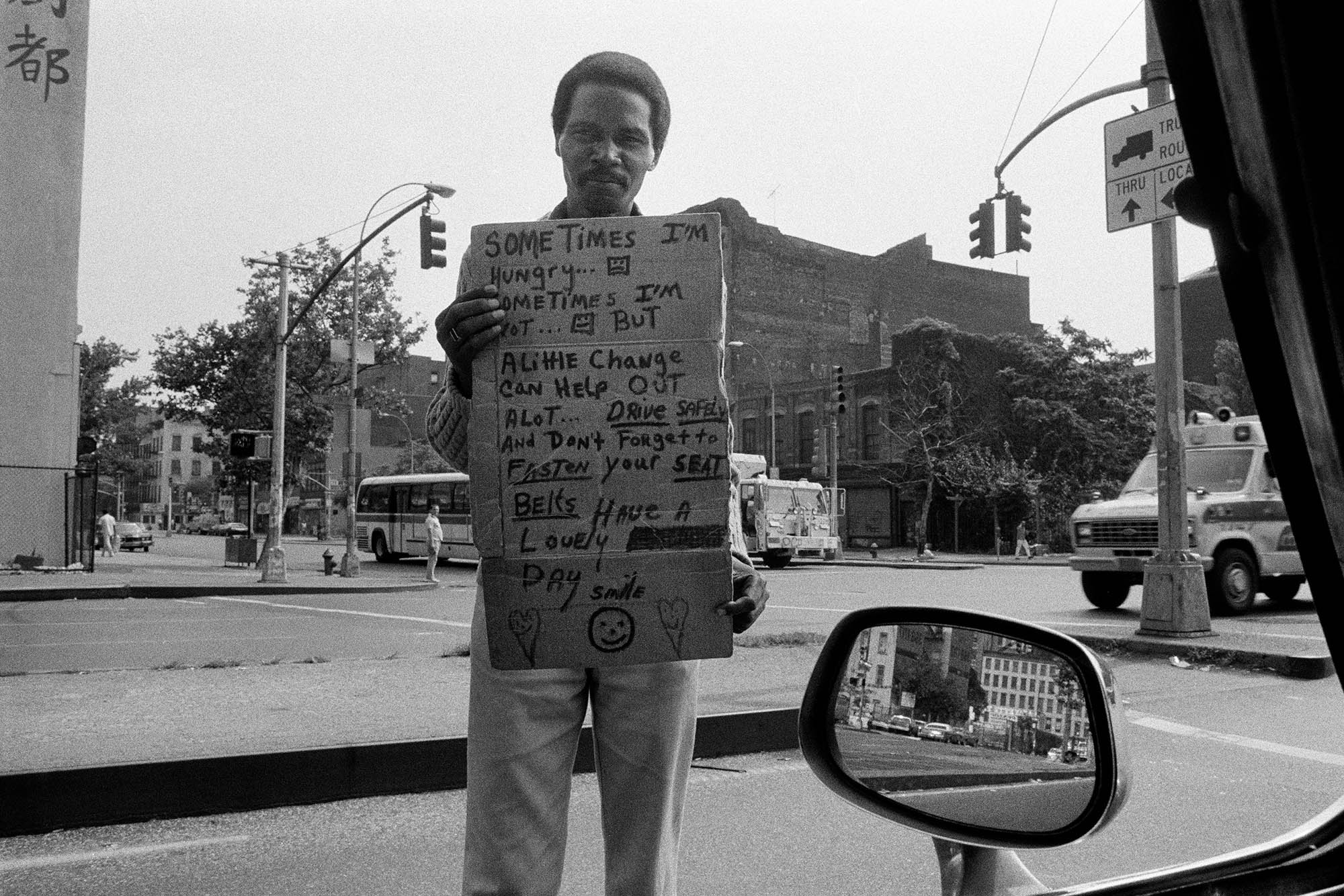 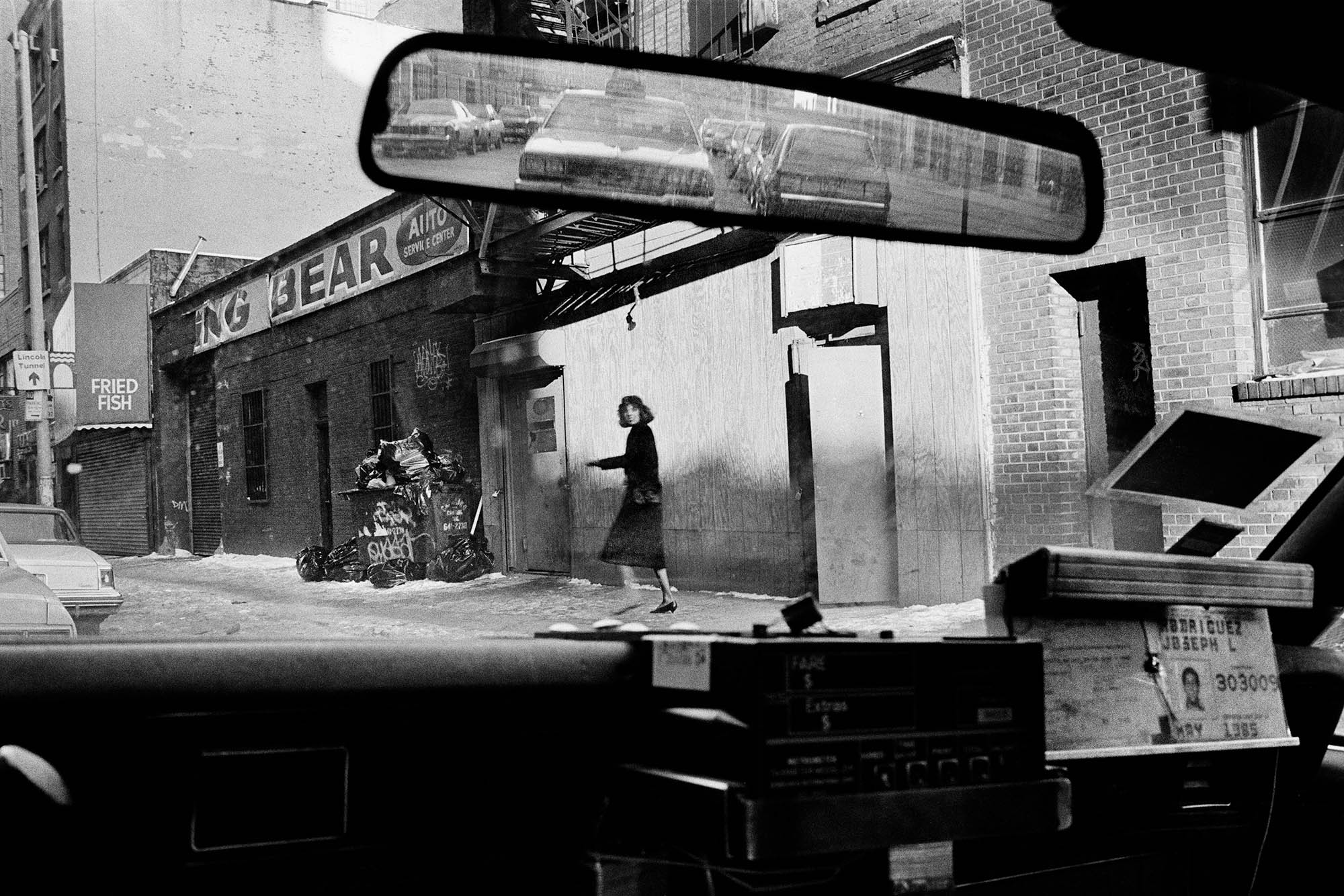 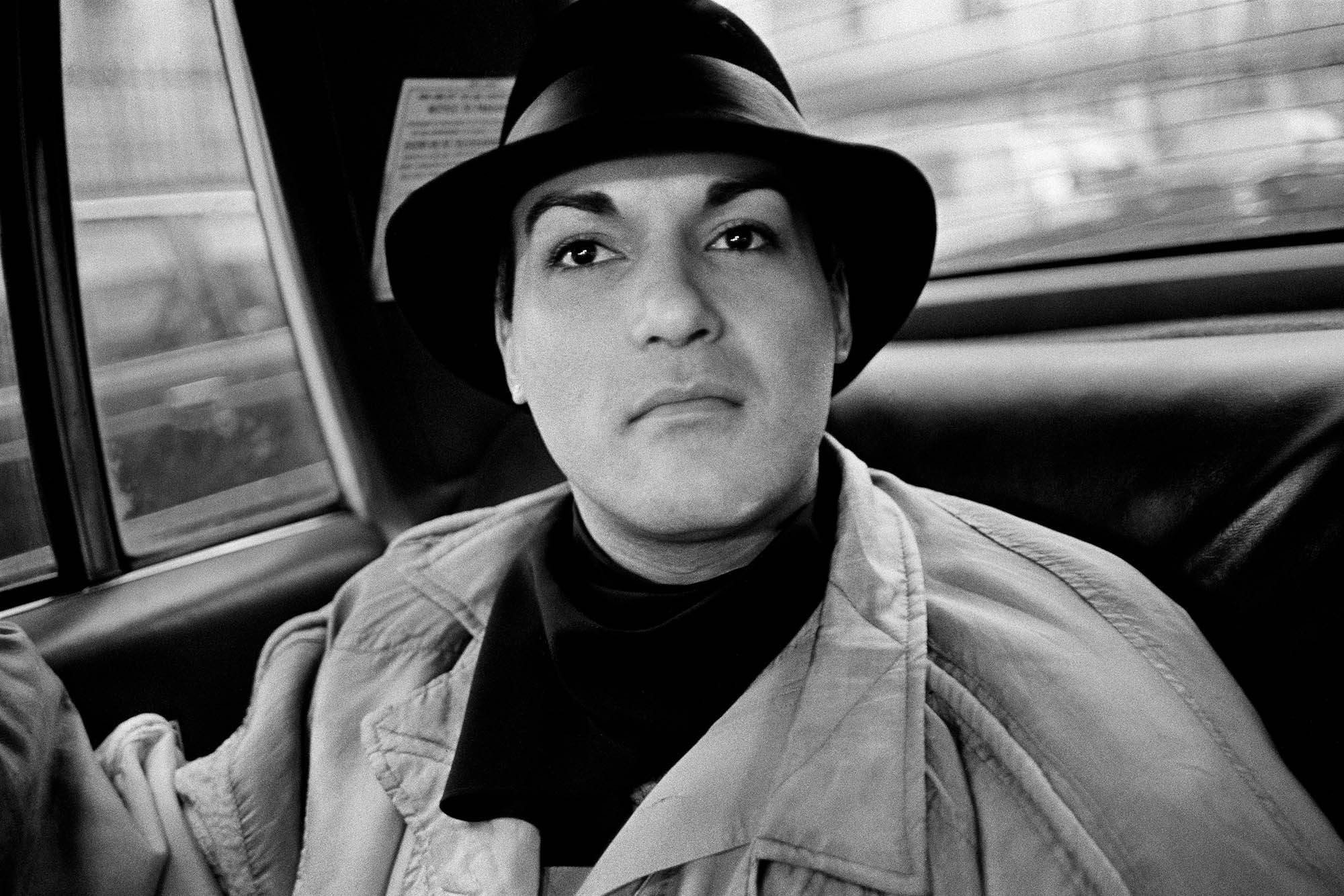 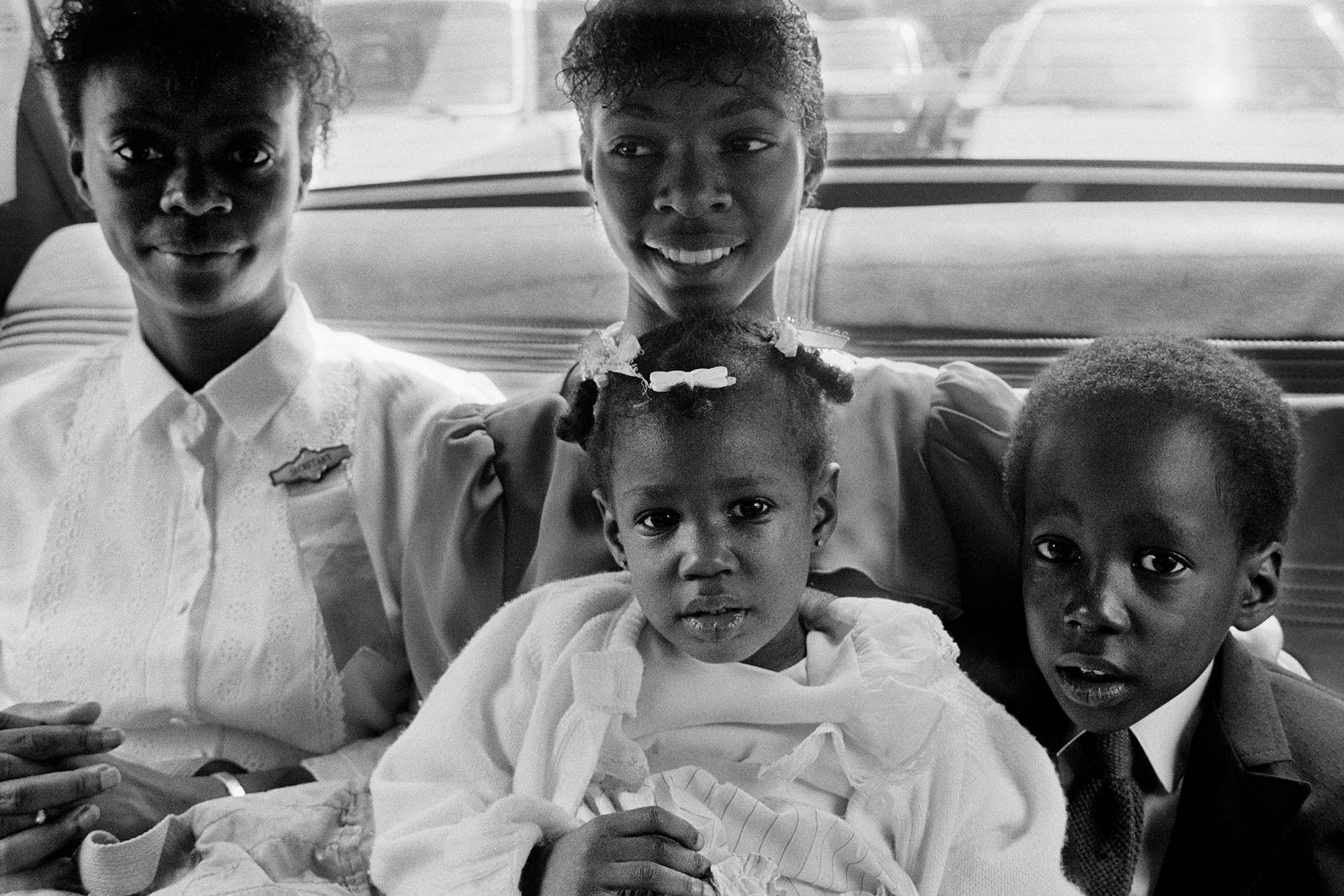 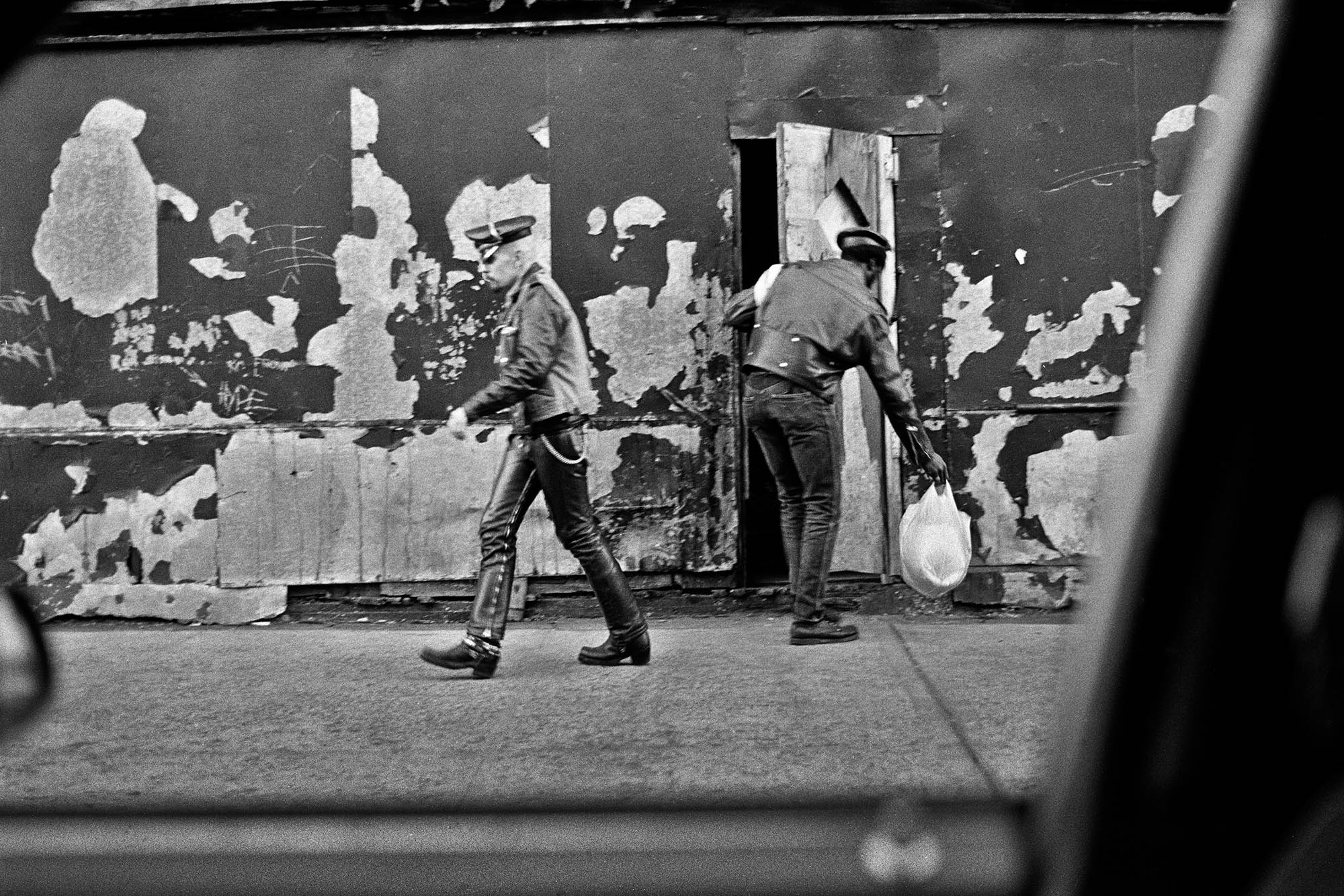 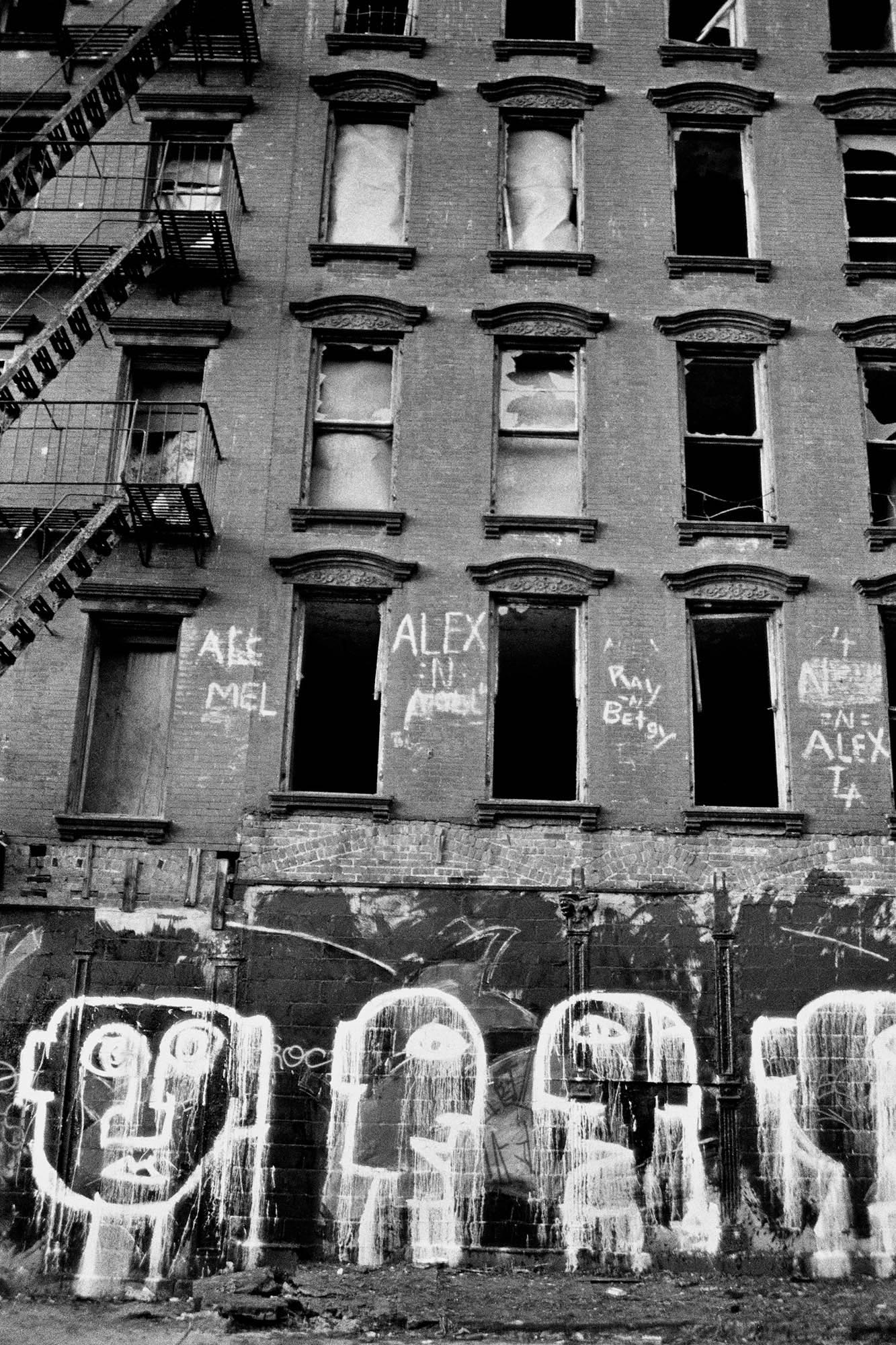 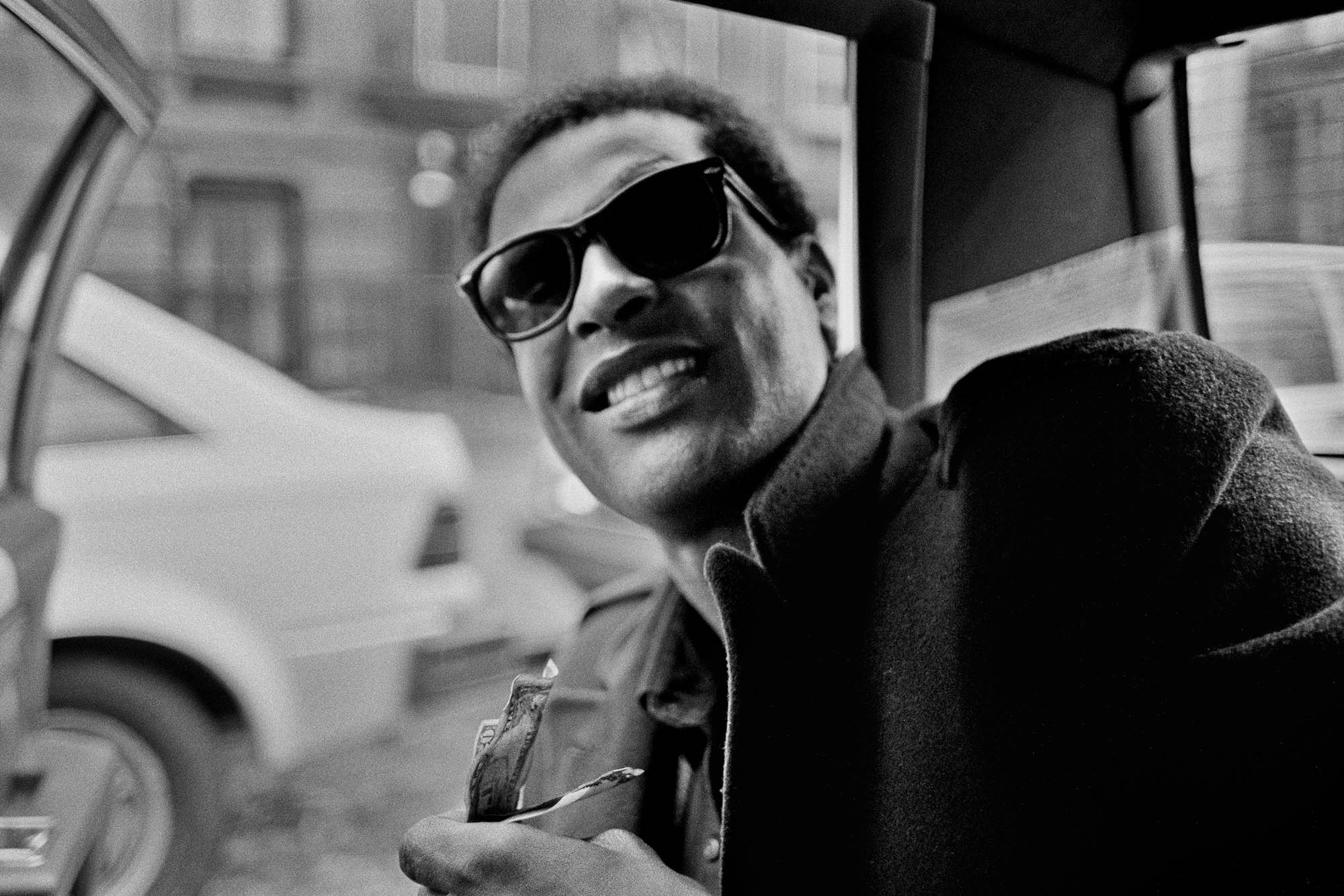 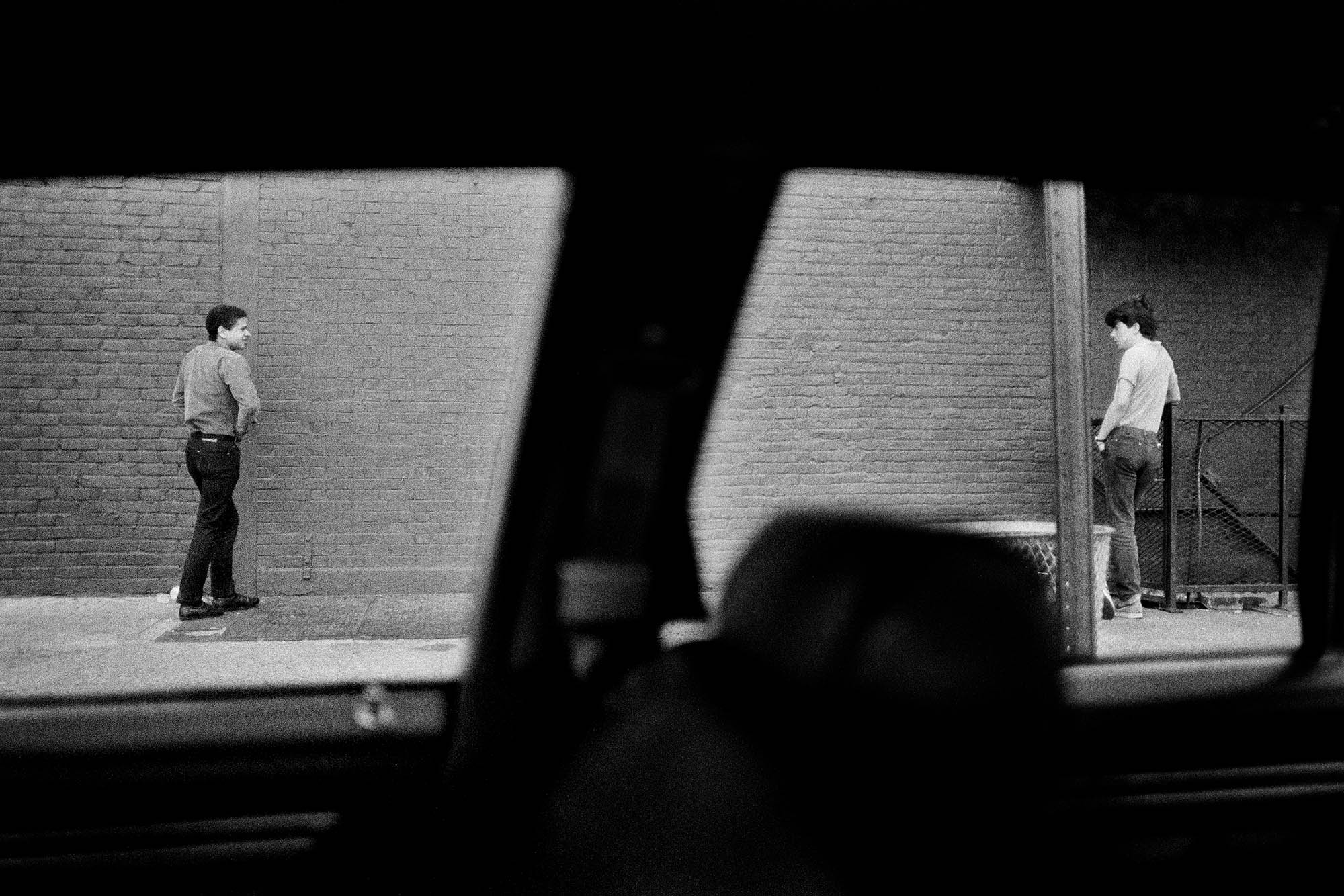 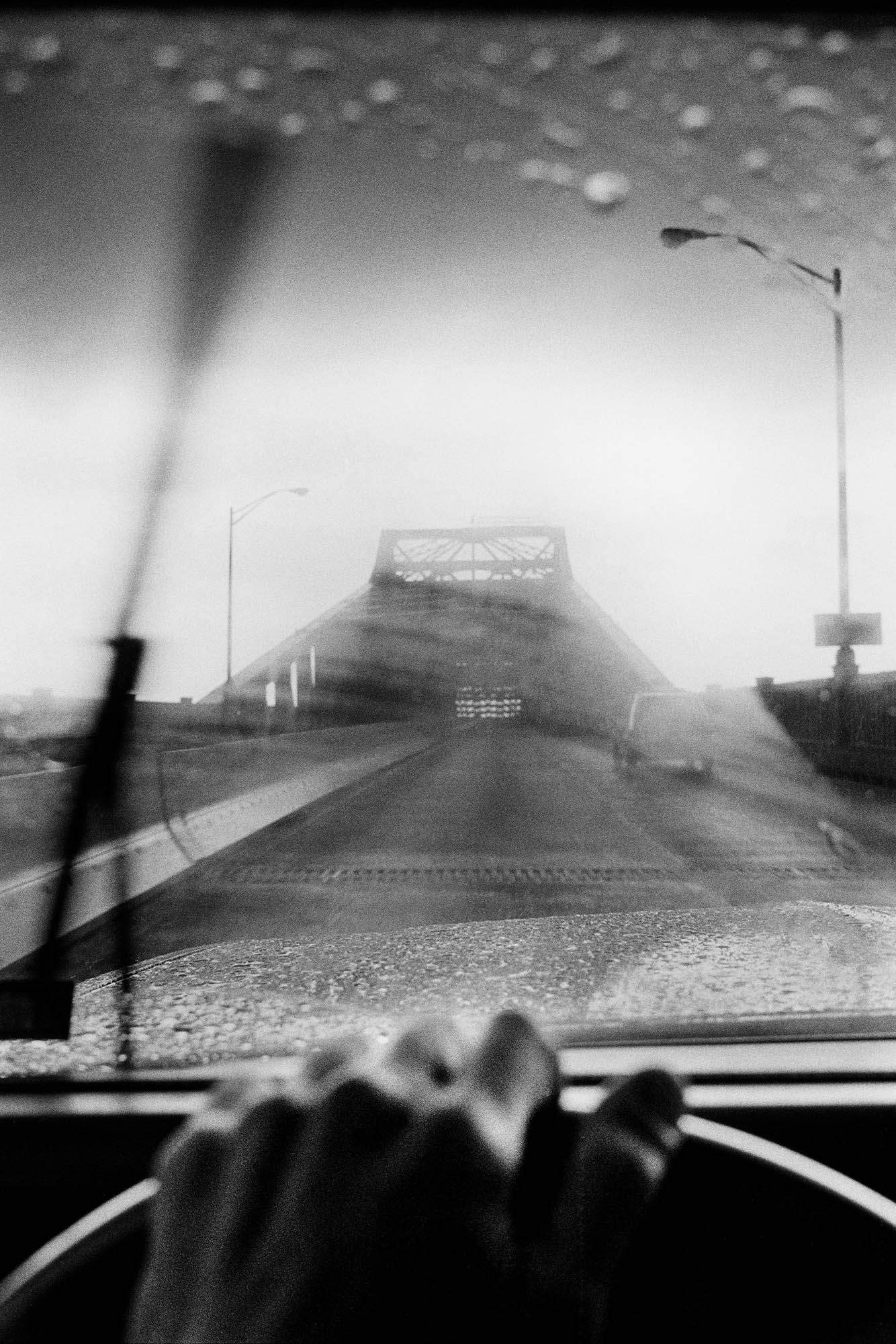 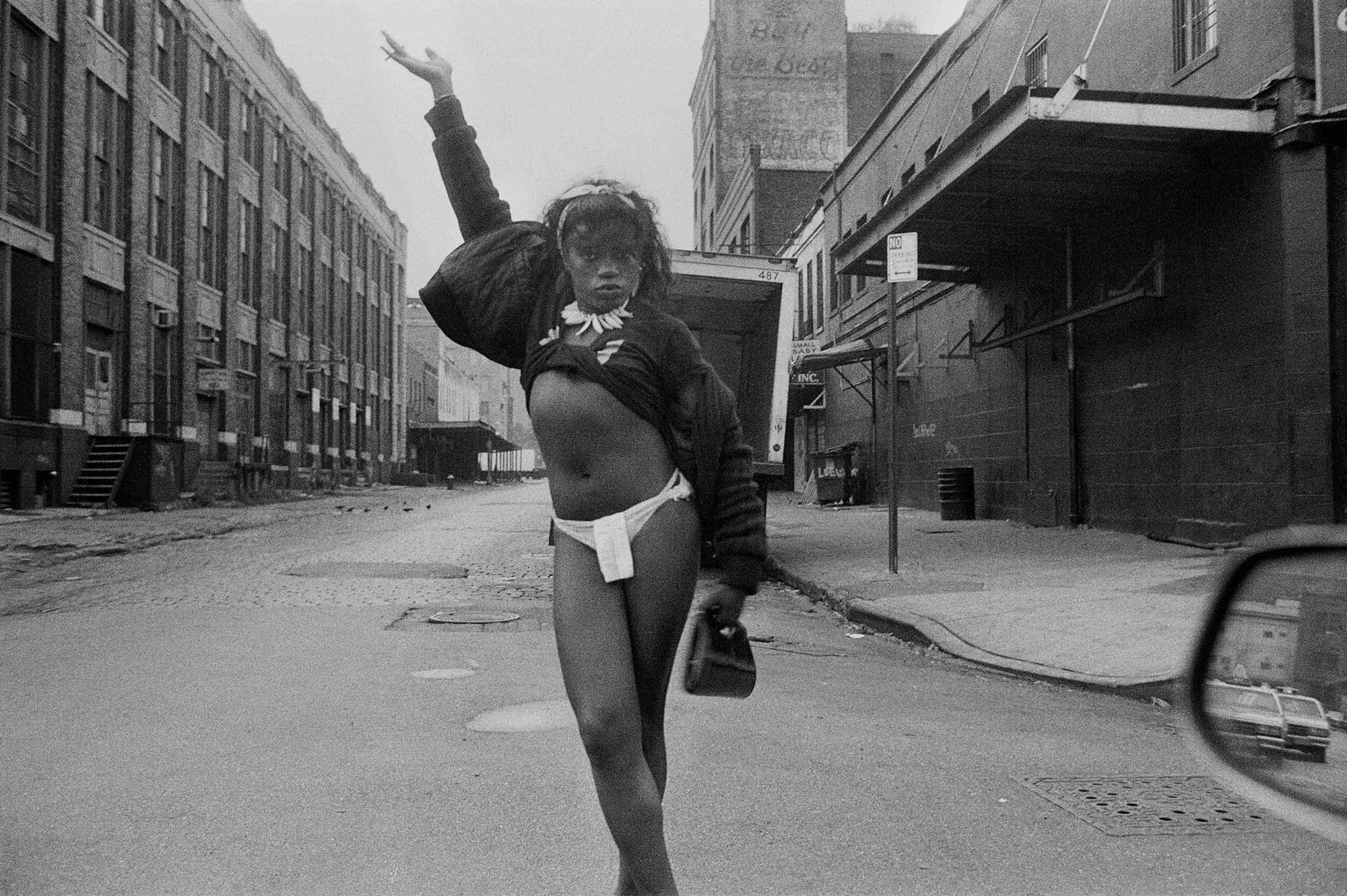 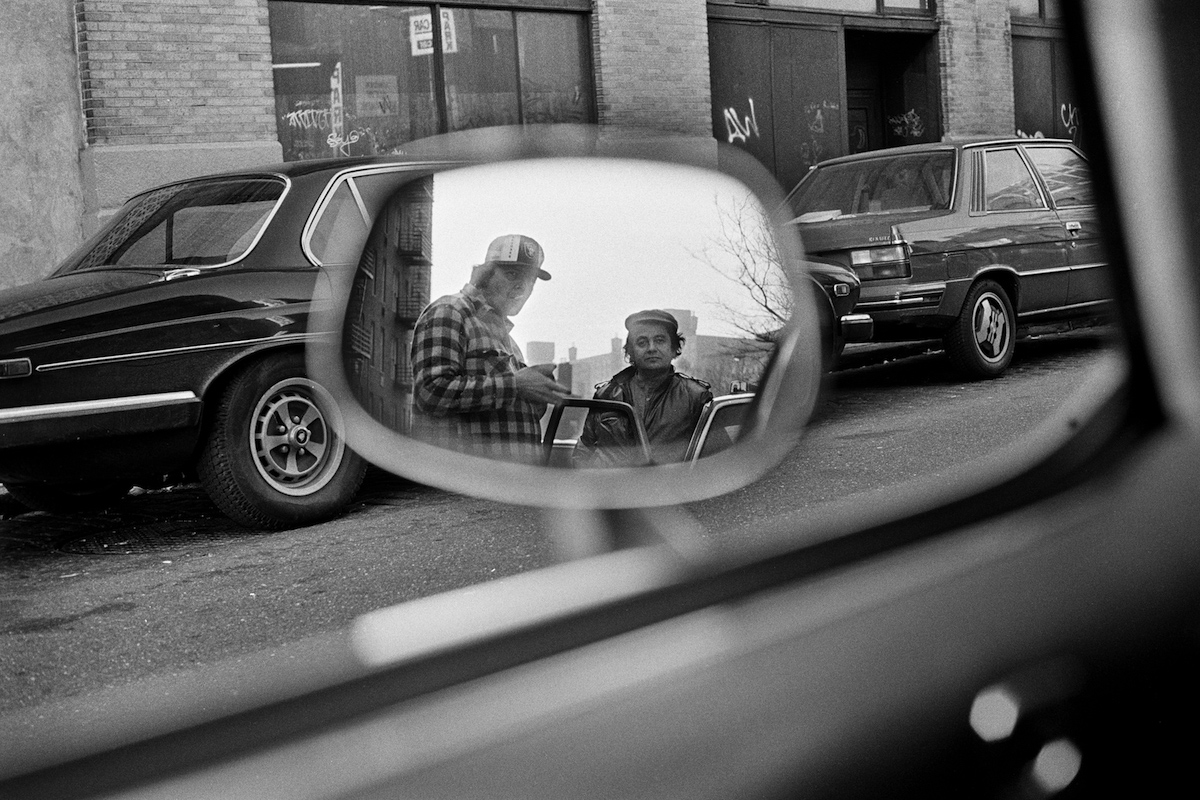