Photography and film by
Lea Winkler

Liv.e's intuitive, holistic approach to making music will make you rethink what a song can be

“Reflective is the word I’d use… I feel like I was looking in the mirror a lot making this,” says Liv.e (pronounced ‘Liv’), a Dallas born singer whose latest project Couldn’t Wait to Tell You… experiments with fluid song structures and the mixture of sounds she was exposed to growing up in Texas. Her willingness to push the bounds of genre convention and the charming nonchalance fluttering through her voice have become staples in her musical and professional persona. “I just want people to feel free, and like I’m the wind in the air.”

A certain ethereality binds her tracks together, but the diversity of sound is irrefutable; the opener, “What’s the Real,” is a lush flirtation between Liv.e’s soft vocals and a blissful high hat, whereas the ninth track, “Cut to the Chase,” is much more abrasive and abrupt. Resisting categorization, Liv.e’s approach to making music is idiosyncratic, intuitive, and holistic: her voice, as she describes it, is just another instrument in the mix.

Born to parents with musical backgrounds—her mother sang in the family church choir, and her father played keyboard in blues and gospel ensembles—she recalls listening to Outkast, Knxwledge, and Stevie Wonder growing up. Confidently wearing these influences on her sleeve, Liv.e’s music has evolved tremendously over the years and indulges different sonic styles with poise and ease. Still, she’s not quite where she wants to be, and she’s more than okay with uncertainty.

Liv.e sat with Document to discuss breaking the rules of songwriting and how she remains true to herself in the ever-evolving creative community. 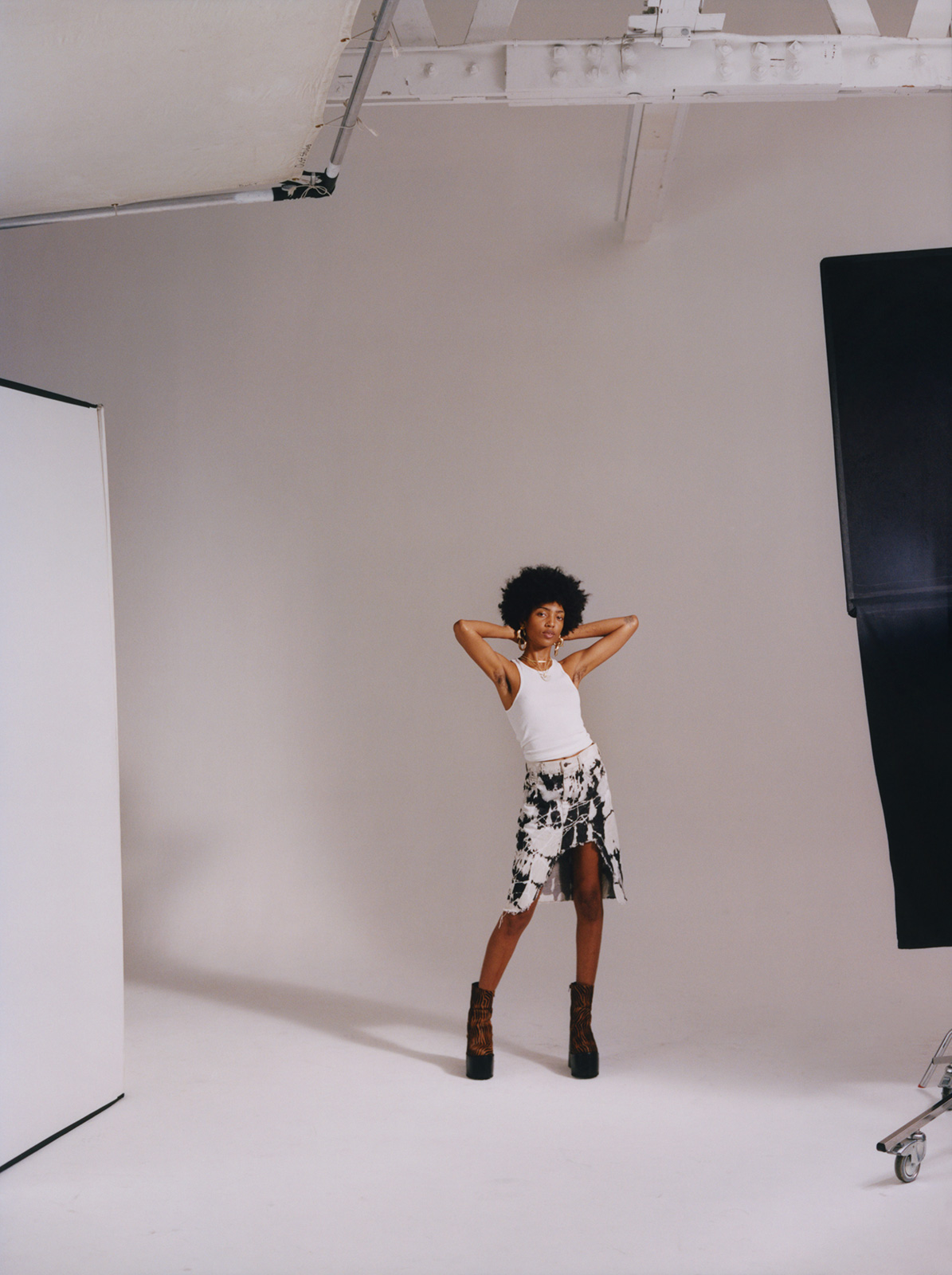 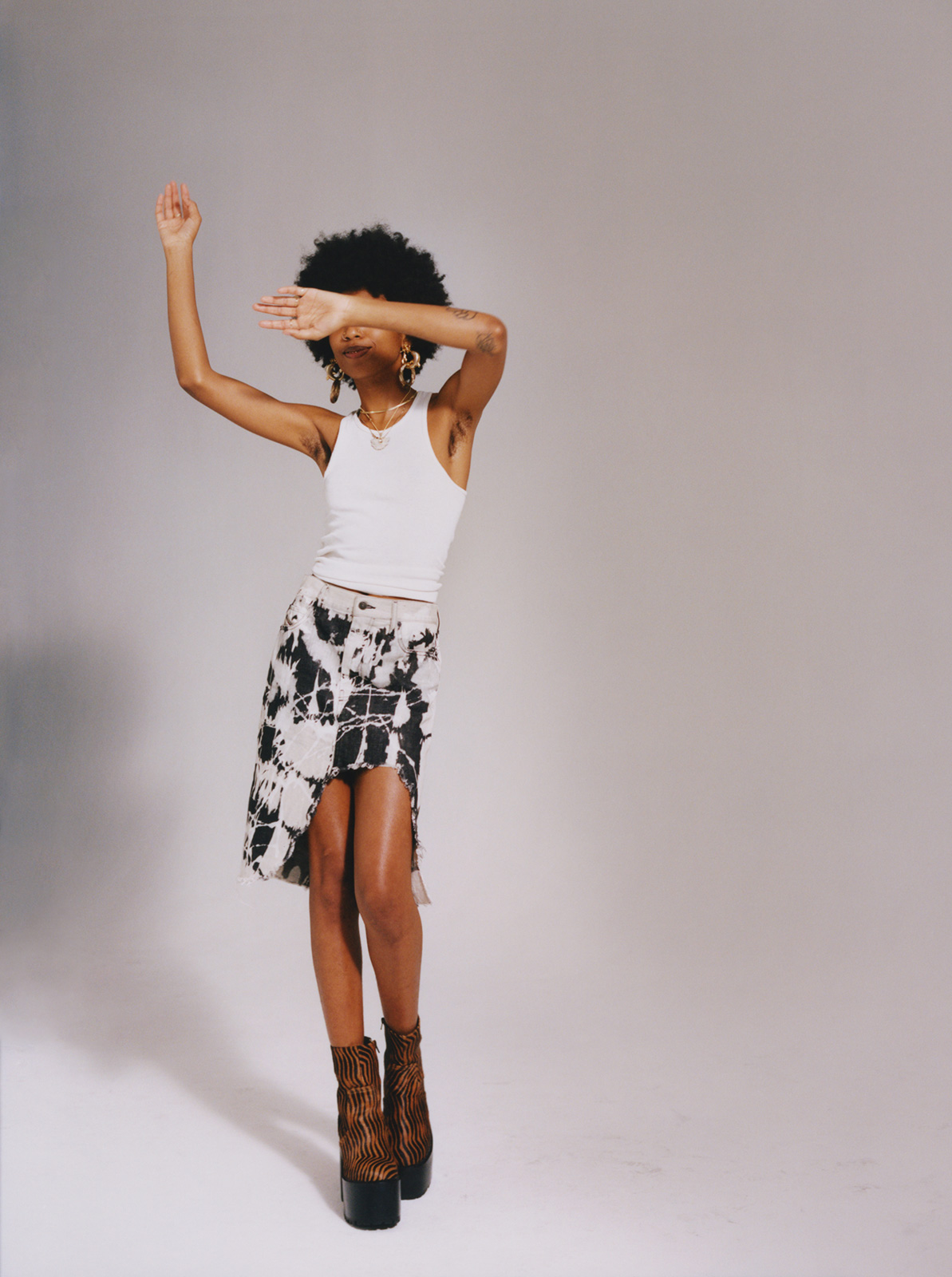 Amanda Samimi: In the first quarter of your album, it really feels like I’m experiencing a jam session, like a live music experience. I’m wondering, are any of the songs, or any of the instrumentals produced on the spot with you just feeling things out?

Amanda: The vocals and the instrumentals really compliment each other. They almost form one entity rather than one outdoing the other.

Liv.e: That is honestly what I was intending to go for. Usually, in my music, I try to look at my voice as an instrument and not just me as a singer. I don’t always have to be dissonant to the track, I could be the track. I like thinking of it like that. I can’t really tell you about my process. There’s nothing really to share.

Amanda: When did you first begin making music?

Liv.e: I took it upon myself to do it when I was in college because I realized I wasn’t really fucking with how college was.

Amanda: You’re from Dallas but based in LA, and this album was primarily produced while you’re in St. Louis. Does place have an influence on your music, and is there a Dallas side that comes out sometimes and sort of St. Louis or LA side?

Liv.e: No, but you can’t avoid ever being influenced by an environment. But there’s no such thing as a side that comes out. I think it’s just like, how does my environment make me feel and [affect] what am I writing.

Amanda: What artists do you listen to?

Liv.e: As of right now, I don’t really listen to anybody. Cooking with earbuds is absolutely necessary for every artist. And everything to my ear’s kinda draining right now. 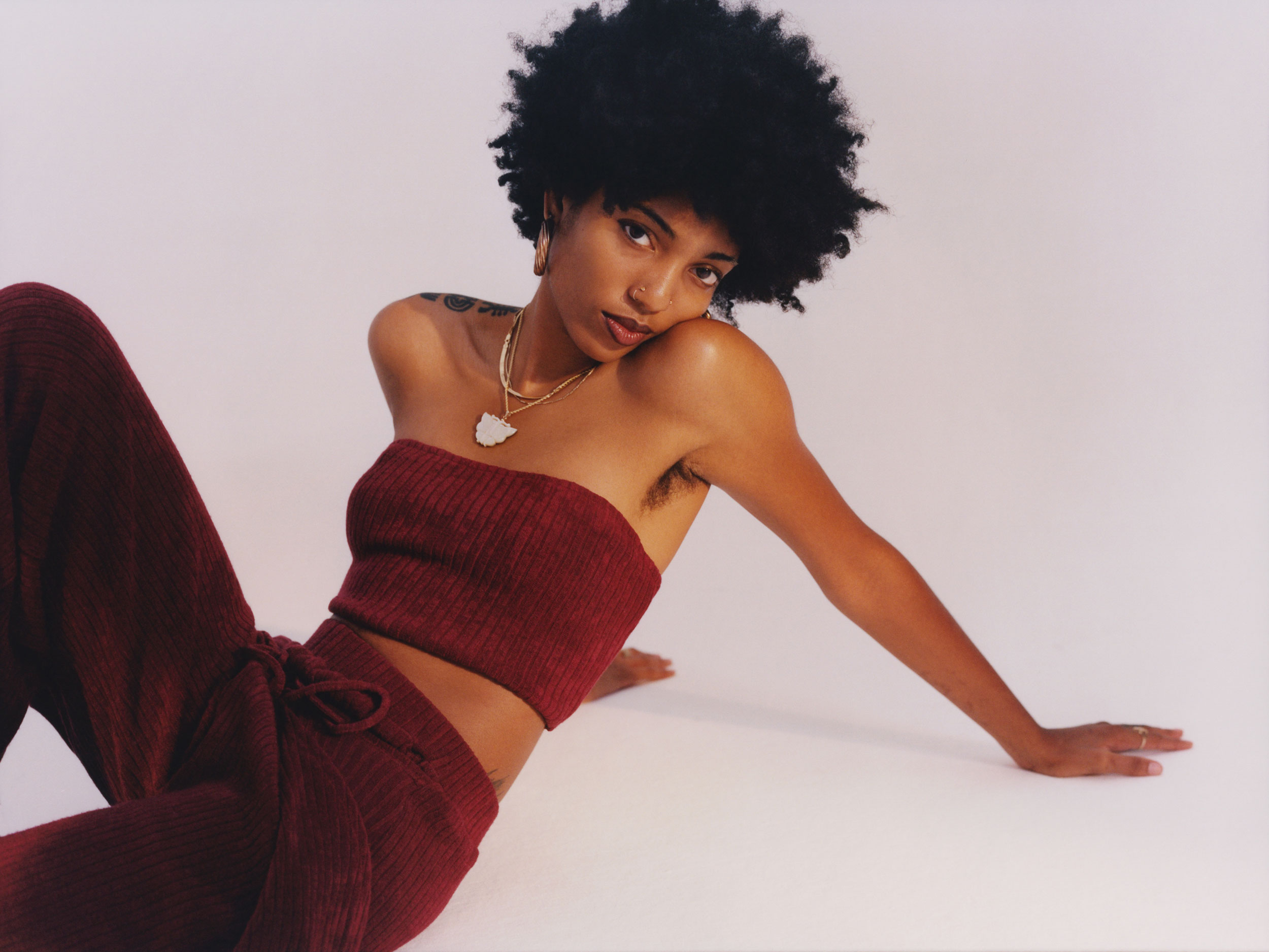 Amanda: What music conventions do you like to break, and which do you uphold?

Liv.e: I love to break the rule of structure. I want to uphold being able to make somebody feel a way through a song. Like really feel a way. People used to write a song when they really felt a way about what they’re saying. And it really felt timeless. With those songs, you feel that way right now.

Amanda: What has been the process of finding your sound and particularly your voice?

Liv.e: Only wanting to be myself.

Amanda: And that can be a really hard thing sometimes, with outside pressures wanting you to change.

Liv.e: Absolutely. That’s why I try not to listen to anything. I just like being in a reclusive space like St. Louis.

Amanda: Do you feel like there has been an evolution, not only in your music and voice but in you as a person and the experiences you’ve had?

Liv.e: I think an interesting thing is my voice got deeper. Watching myself go through this, I don’t have an easy time just going to the booth and being just like, yeah I’m gonna write this and it’s done. Sometimes, it doesn’t come as easy as it seems. Just watching myself navigate through these spaces because I feel like it’s always changing.

Amanda: I feel like a lot of times, especially when you’re a newer, up and coming artist, people try to pigeonhole you into a certain genre or category?

Liv.e: I for sure want to be unrestrained from any type of titles the world tries to give. Oh my gosh, people and titles, and people and words. People and words cannot be trusted right now. So I’m just like, leave me out of it. 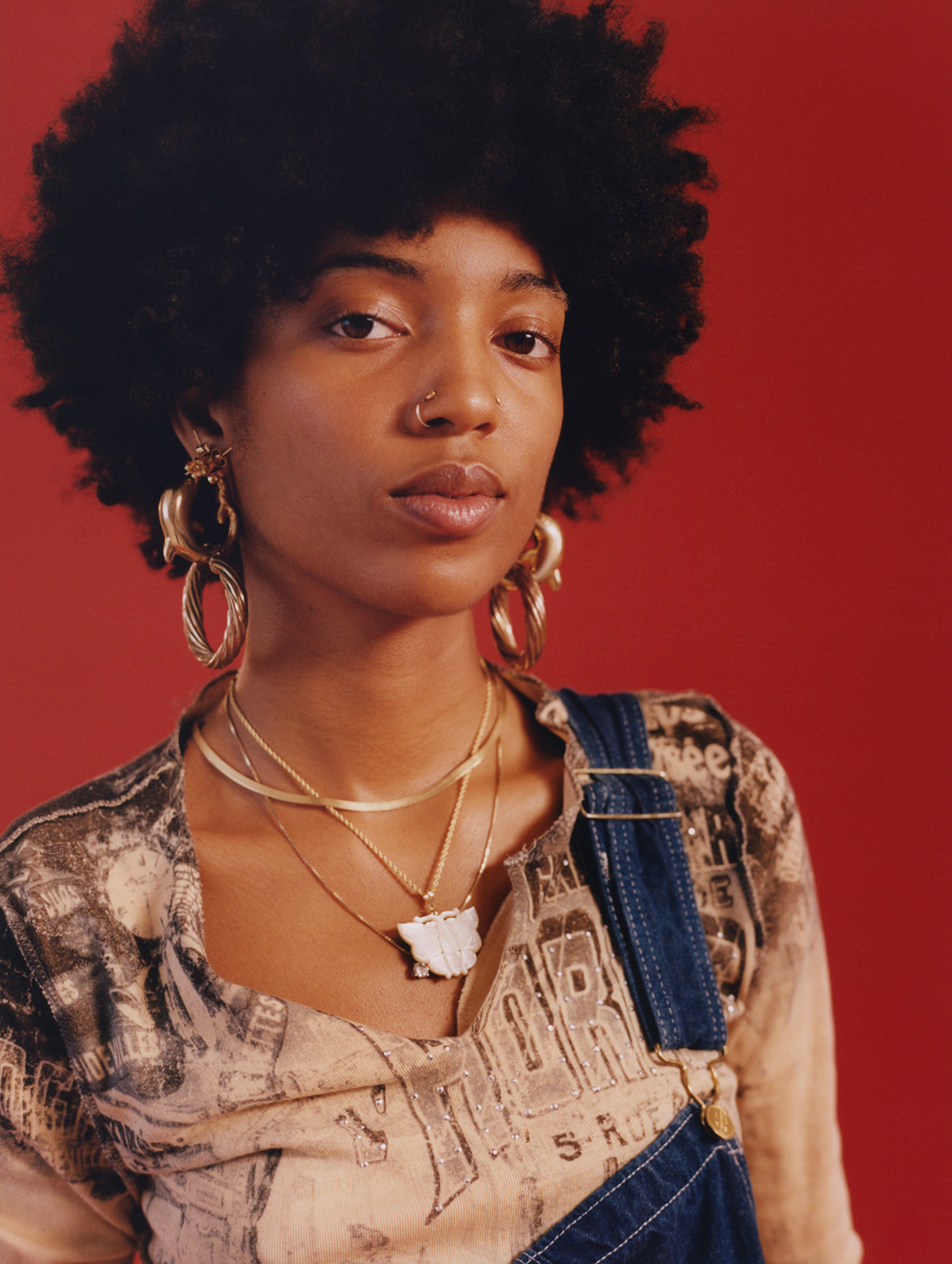 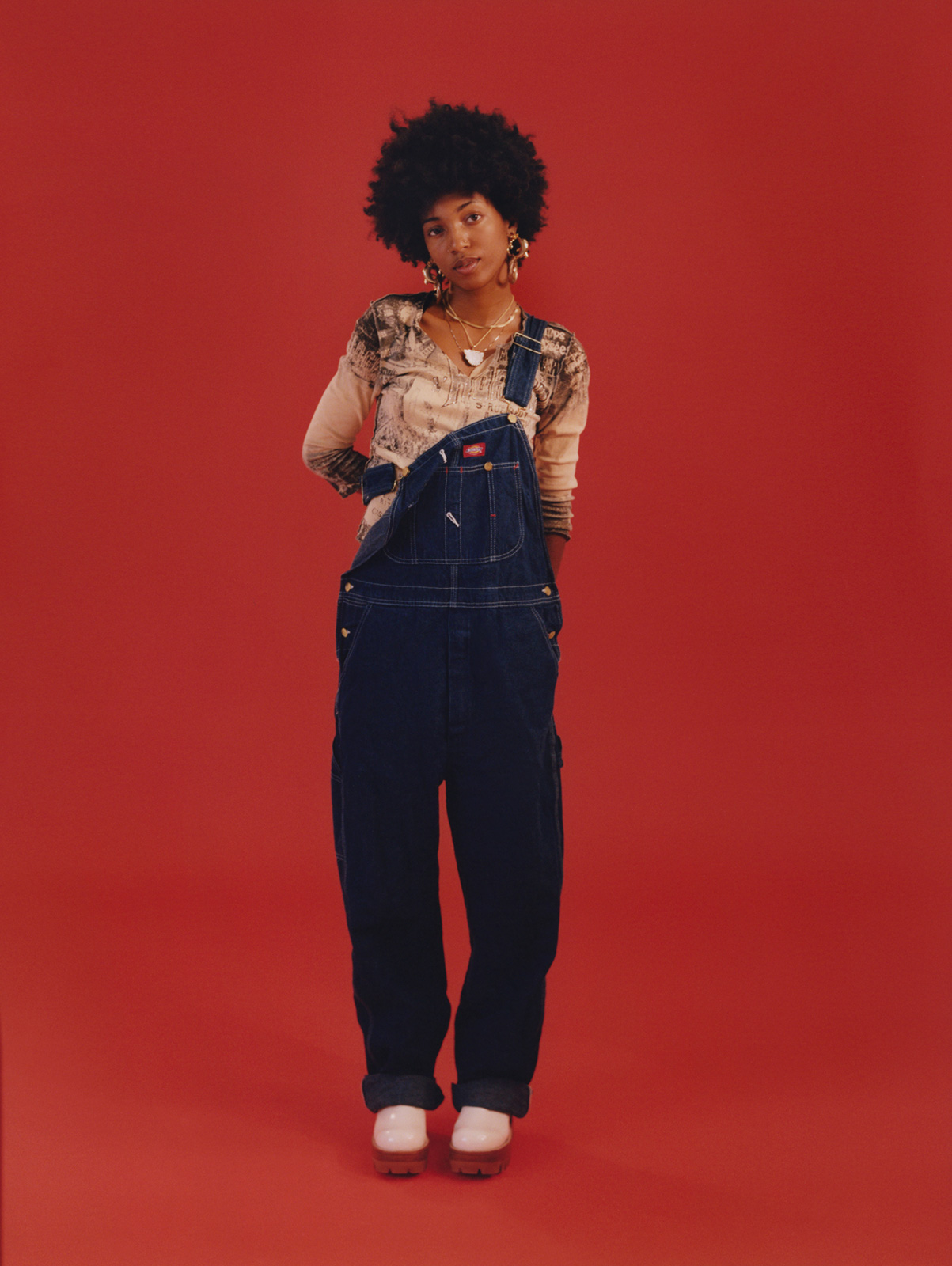 Amanda: Going back to some things that I noticed in the album, can you tell me a bit about the spoken word elements?

Liv.e: I don’t know if I would consider that spoken word. I just remember I would get frustrated when I was first showing people the album. I really do feel like that’s how I talk. Obviously, it’s over a beat to it, so I’m going to swing to it. I’m also making fun of things in a very light-hearted way though.

Amanda: Do you have a favorite track on the album?

Liv.e: It was ‘How She Stay Conflicted’ but now I think it’s ‘These Past Years… told by Lord Byron.’

Amanda: Are there any takeaways you want people to come away with from listening to the album?

Liv.e: I just want them to feel free, and like I’m the wind in the air.