Lush knits, billowing silhouettes and remixed masculine style codes feature strongly in Kim Jones’s latest offering for Dior menswear, a collection informed by the work of Scottish-born painter Peter Doig. In front of a celestial blue backdrop, models strut with self assurance to an upbeat electronic soundtrack composed by Honey Dijon; the club-like atmosphere is countered with militaristic elements such as berets, riding boots, and animalistic emblems (a dog, an homage to Christian Dior’s beloved pet, Bobby, and a lion inspired by characters from Doig’s paintings.)

Through the use of hand-painting and other tactile embellishments, the collection creates wearable canvases out of garments as well as a series of hats, a collaboration with milliner Stephen Jones. Muted tones intermingle with blood-orange and vibrant yellow hues inspired by Doig’s paintings, while the use of baroque trims and chromatic accents lend the collection a ceremonial air termed ‘masculine extravagance.’ 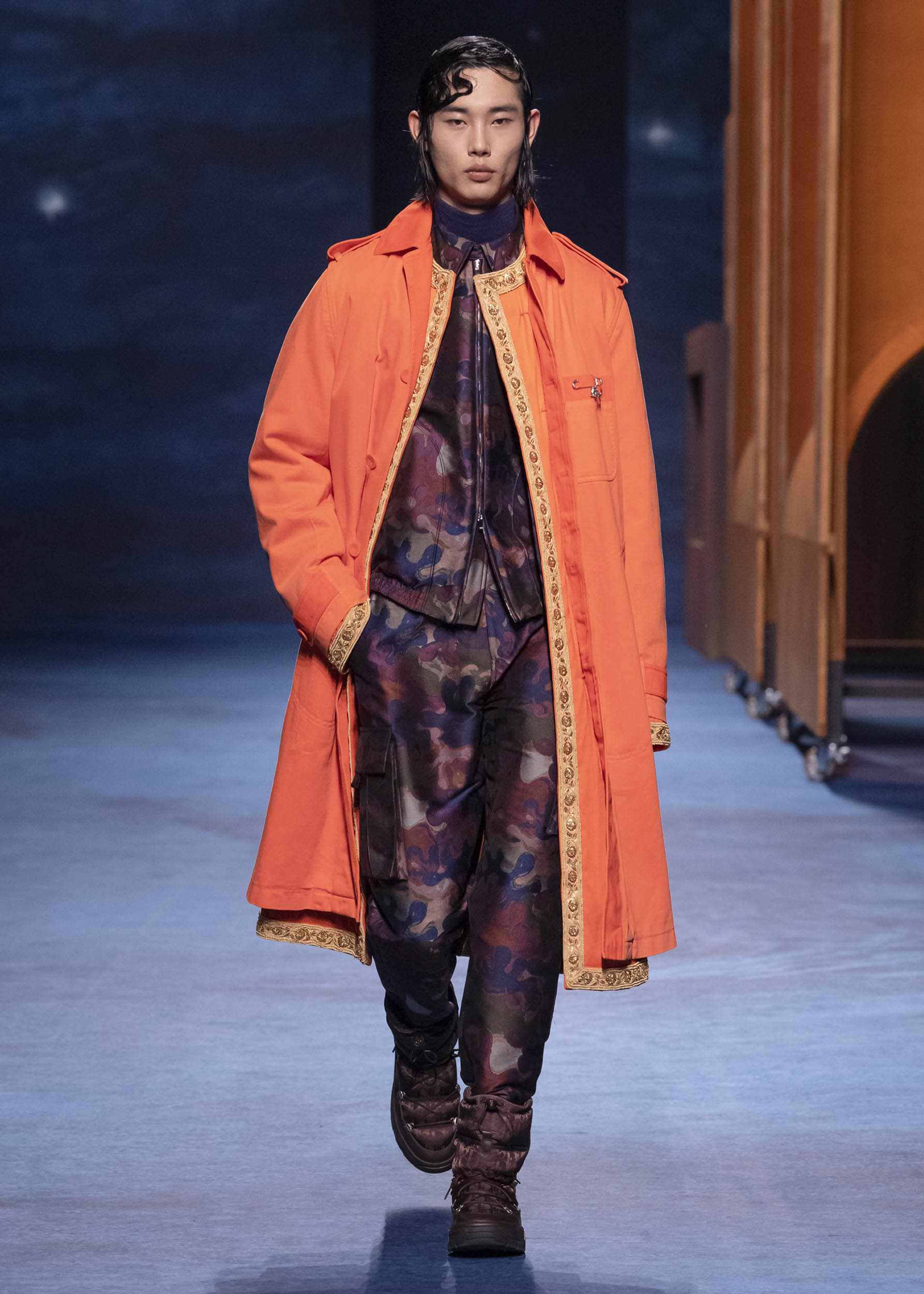 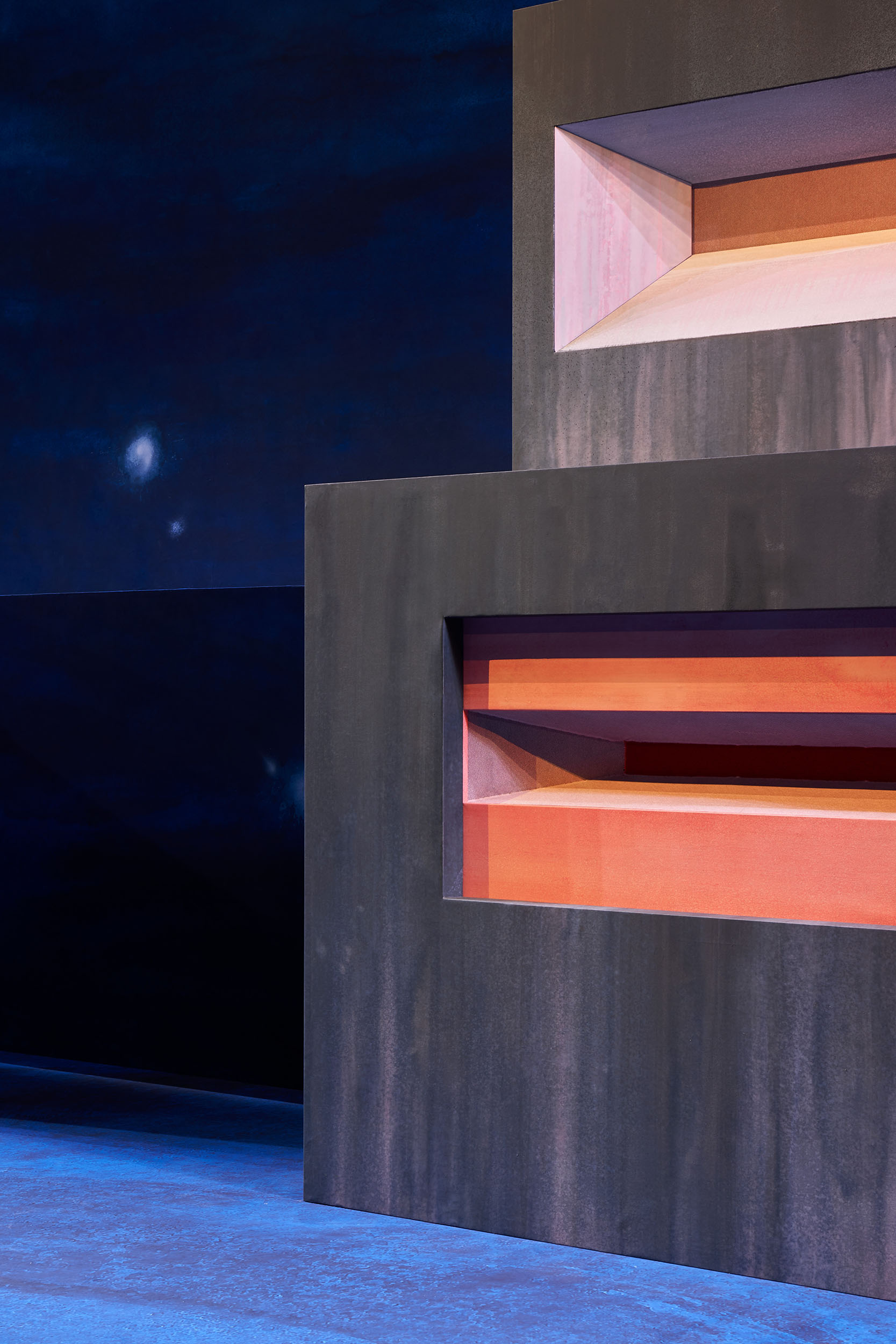 Toying with austerity and opulence in equal measure, Jones’s vision merges rugged militaristic style codes with the lavish textures of mohair, faux fur, and gilded embroidery—a nod to the power of history, heritage, and tradition. “Christian Dior himself described the ceremonial entry of his models for each new look,” states the house in a press release. “[Ceremonial garb is] a living link with the past, still dynamic and alive today.” 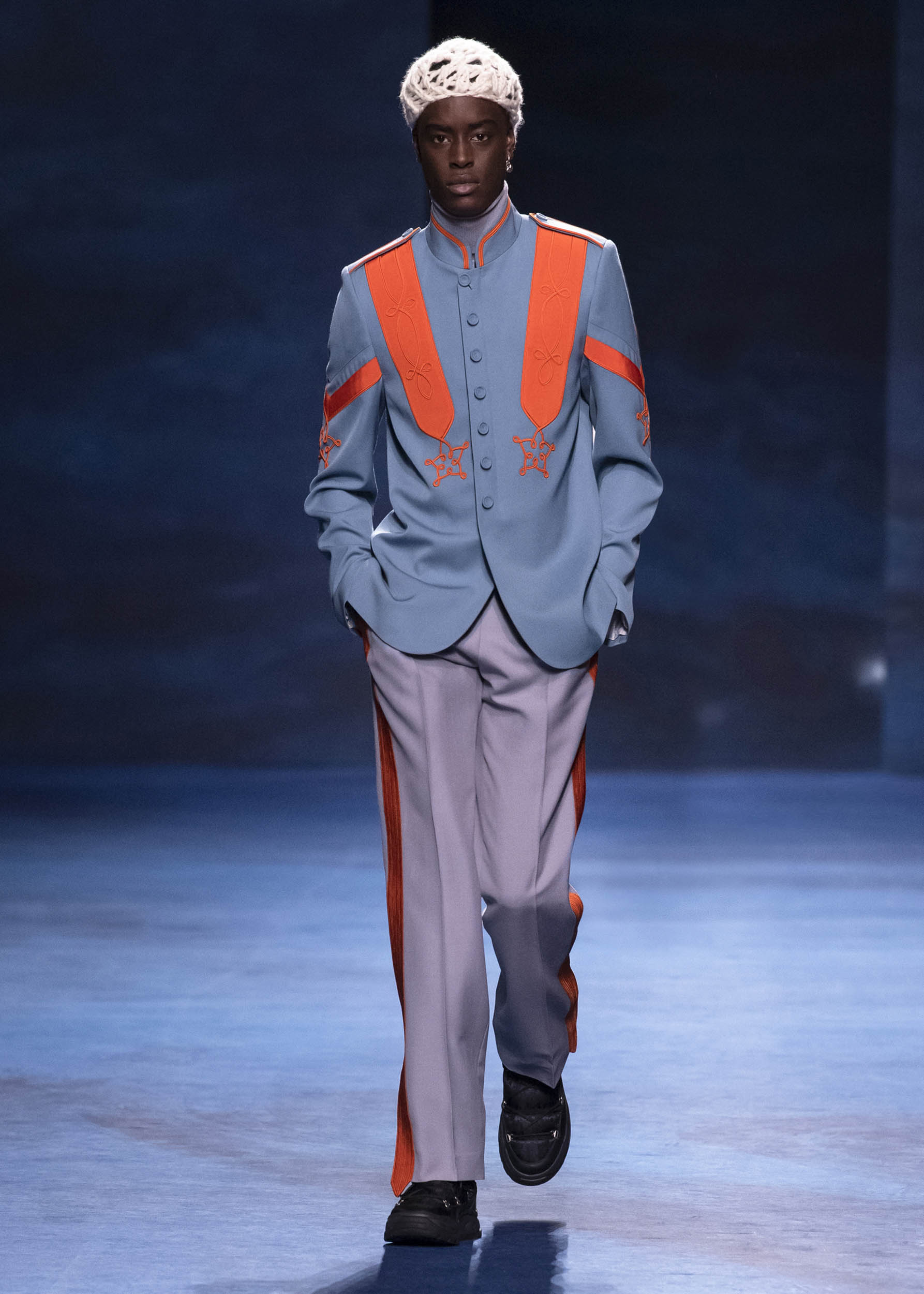 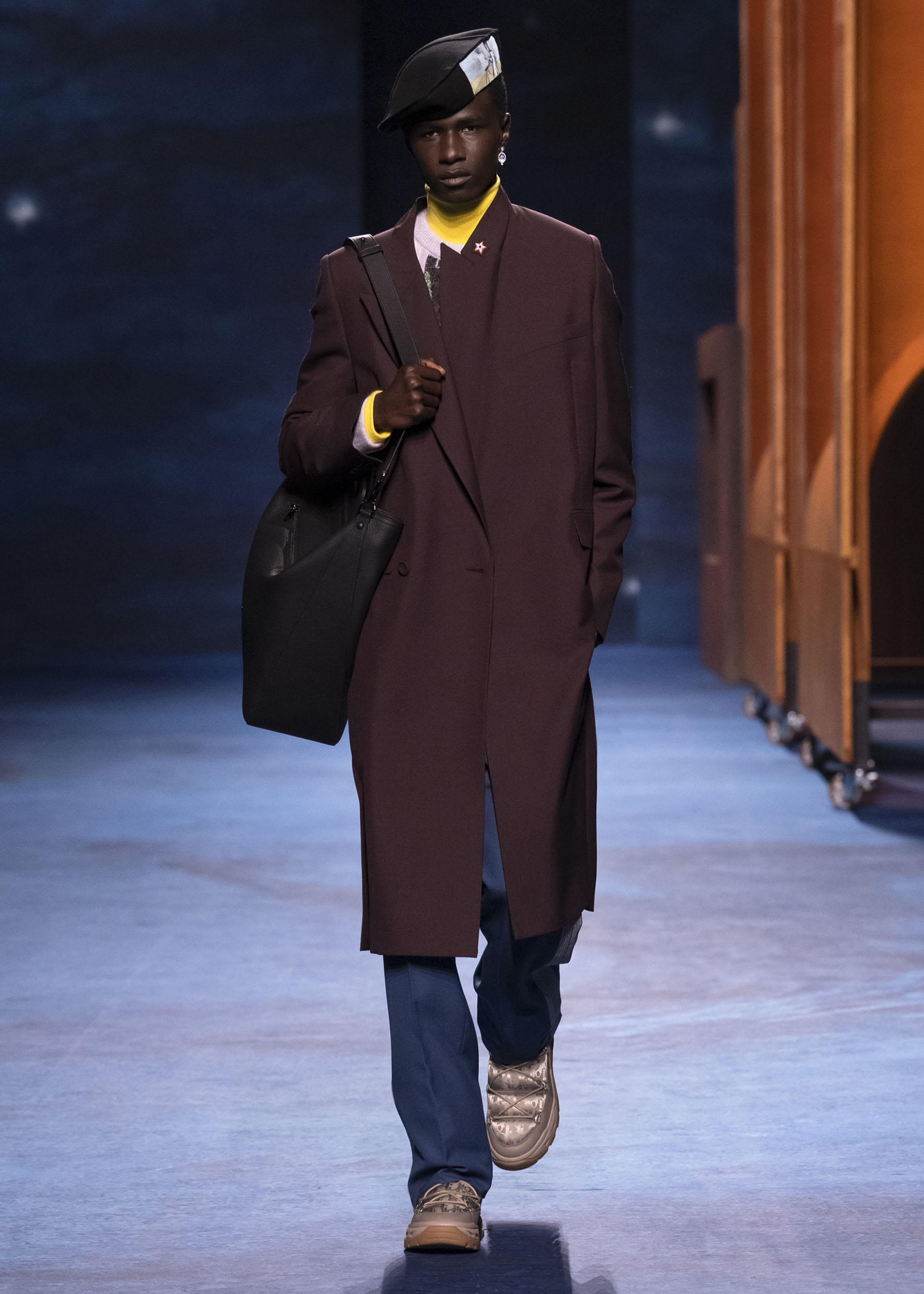 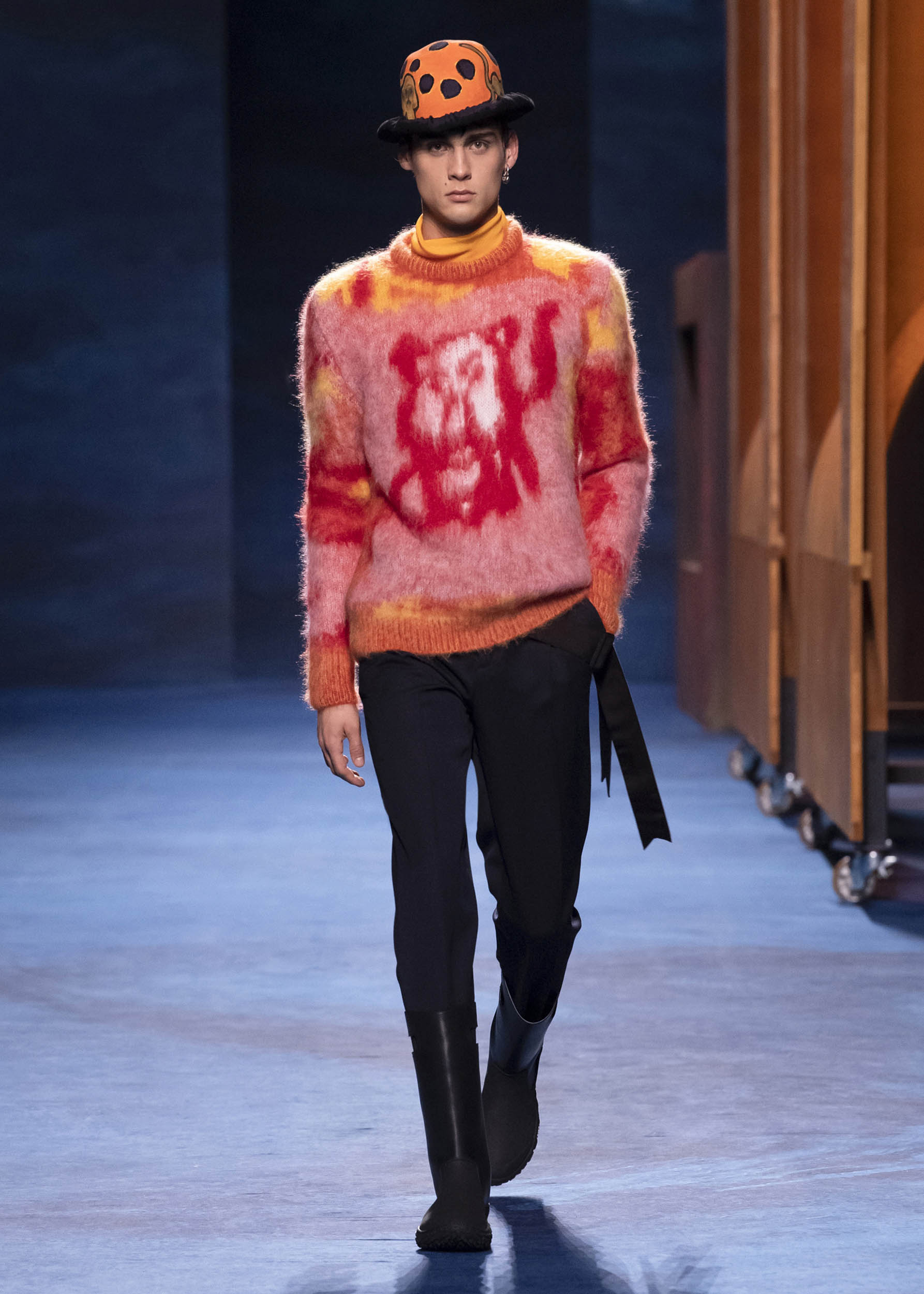 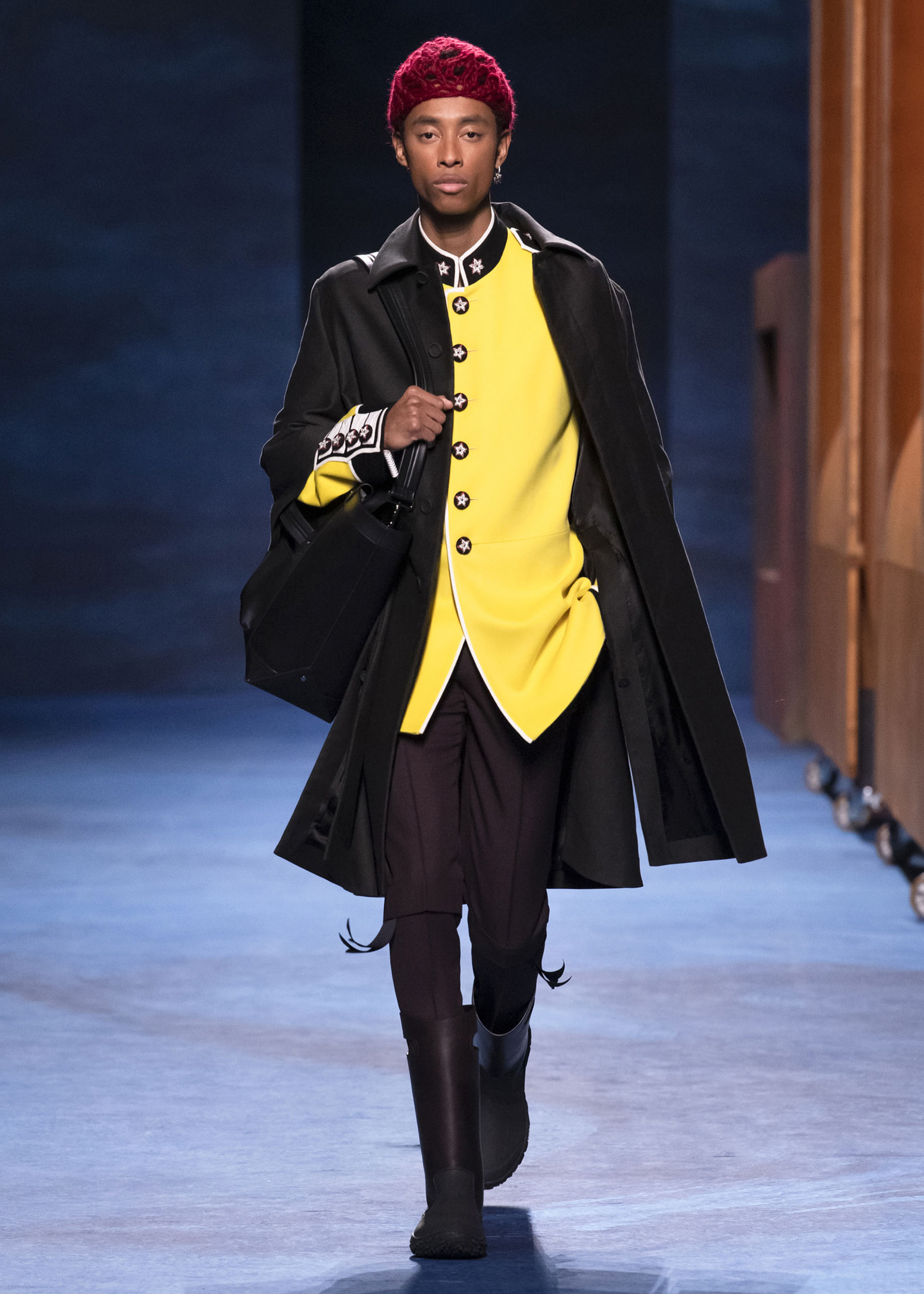