The word logo (meaning ‘imprint’) originated in the days of hot metal typesetting to refer to one word cast in a single typographic font. Since then, the idea of the logo—a recognizable symbol or graphic, often used to identify an object’s creator—has taken many forms, from the ‘hallmarks’ of the silver trade to the digital watermarks of today. In his ready-to-wear-debut for Givenchy, creative director Matthew Williams leaves his sartorial signature in the form of hardware: a padlock or ‘Lover’s Lock’ that serves as a recurring motif in the Spring/Summer 2020 collection. 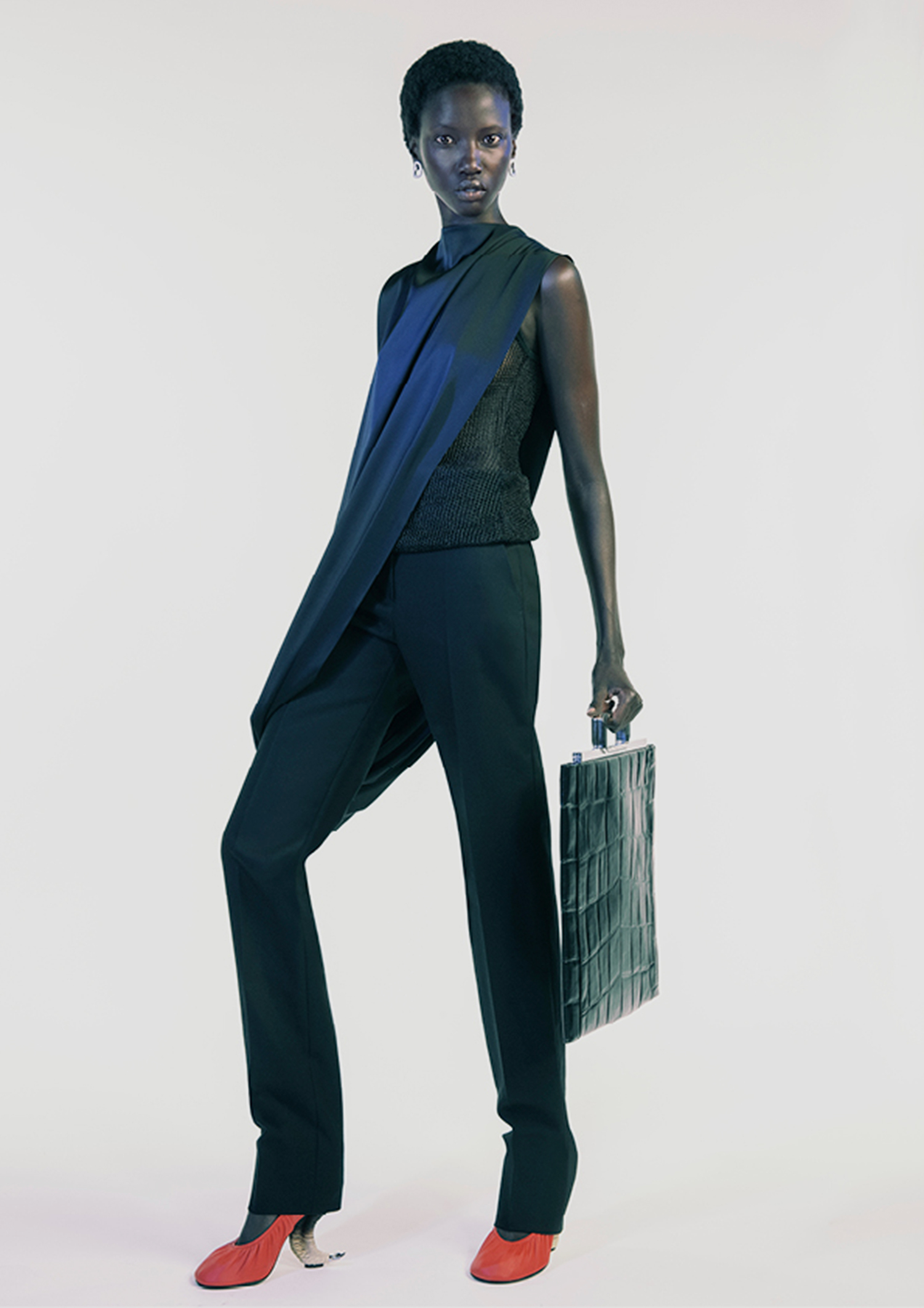 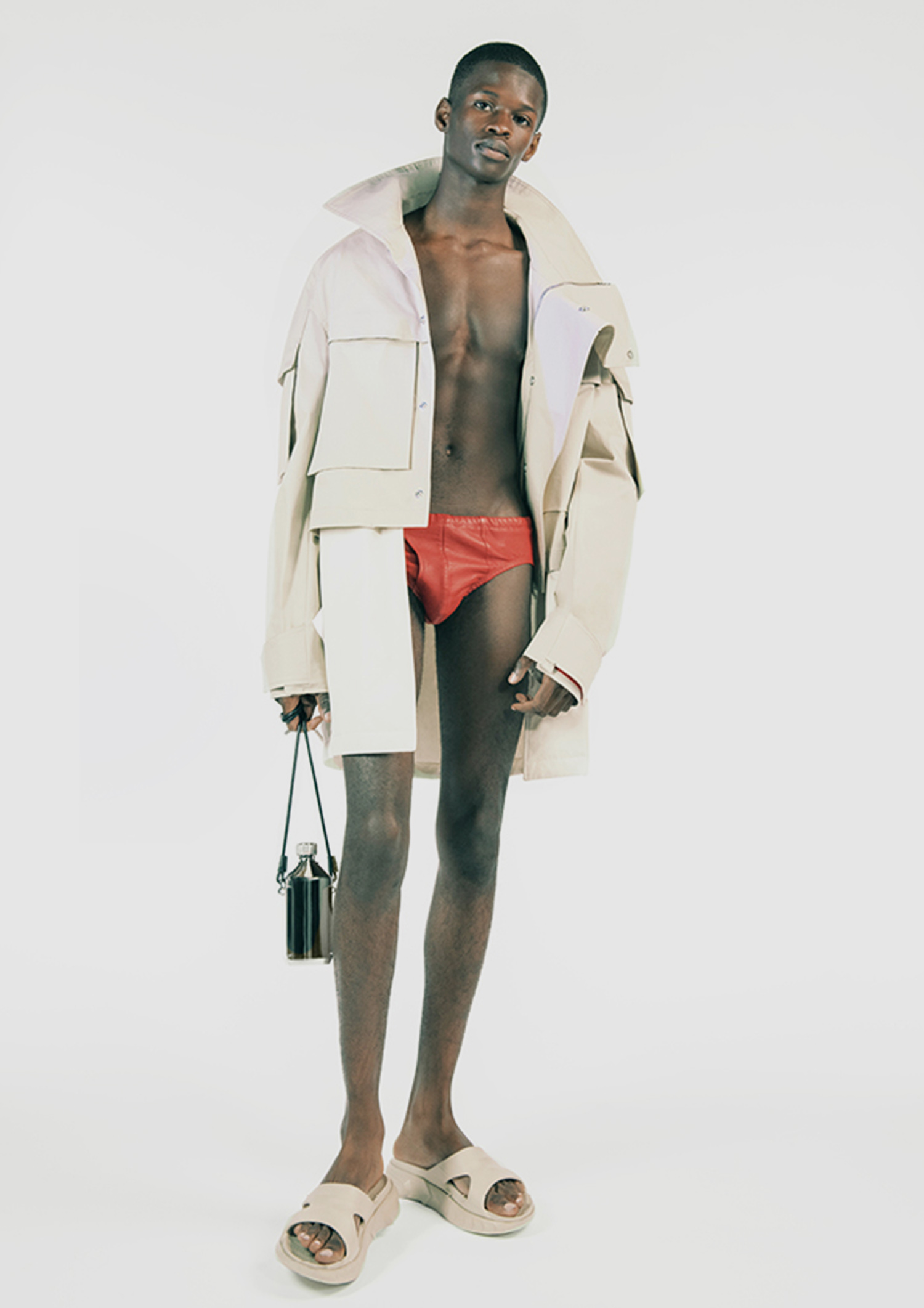 Known for his collaborations with cultural giants like Kanye West, Lady Gaga, and Virgil Abloh, Williams embodies a new era for the house, whose well-documented relationship with Audrey Hepburn remains one of its enduring imprints on fashion. “I love that there is that connection to Hollywood in the house,” Williams said this morning in an interview with Vanessa Williams on Instagram Live. “The first muses that I made costumes for are Kanye and Gaga, and that relationship to an entertainer really resonates with me. It was an amazing education to be alongside these two creatives.” 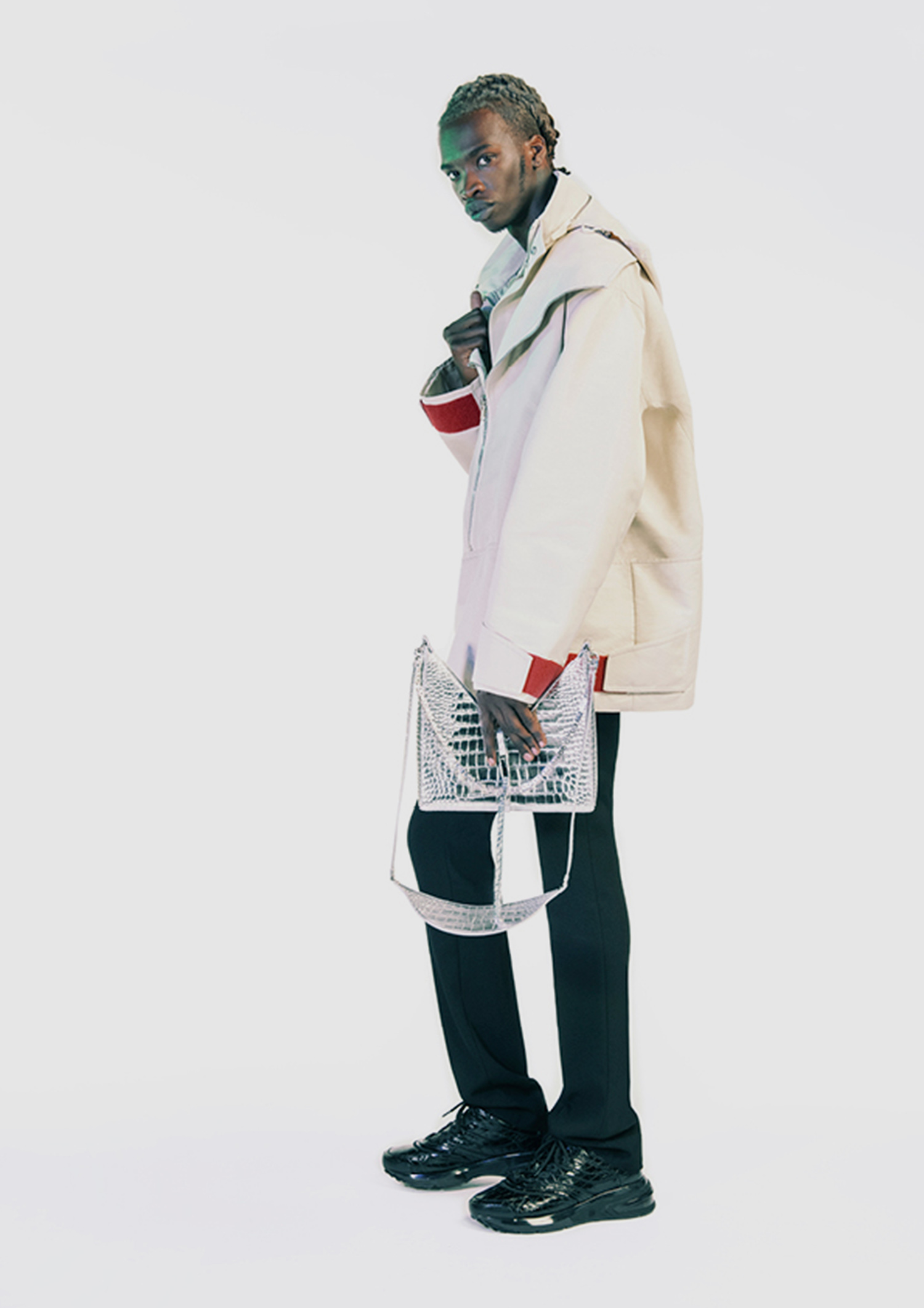 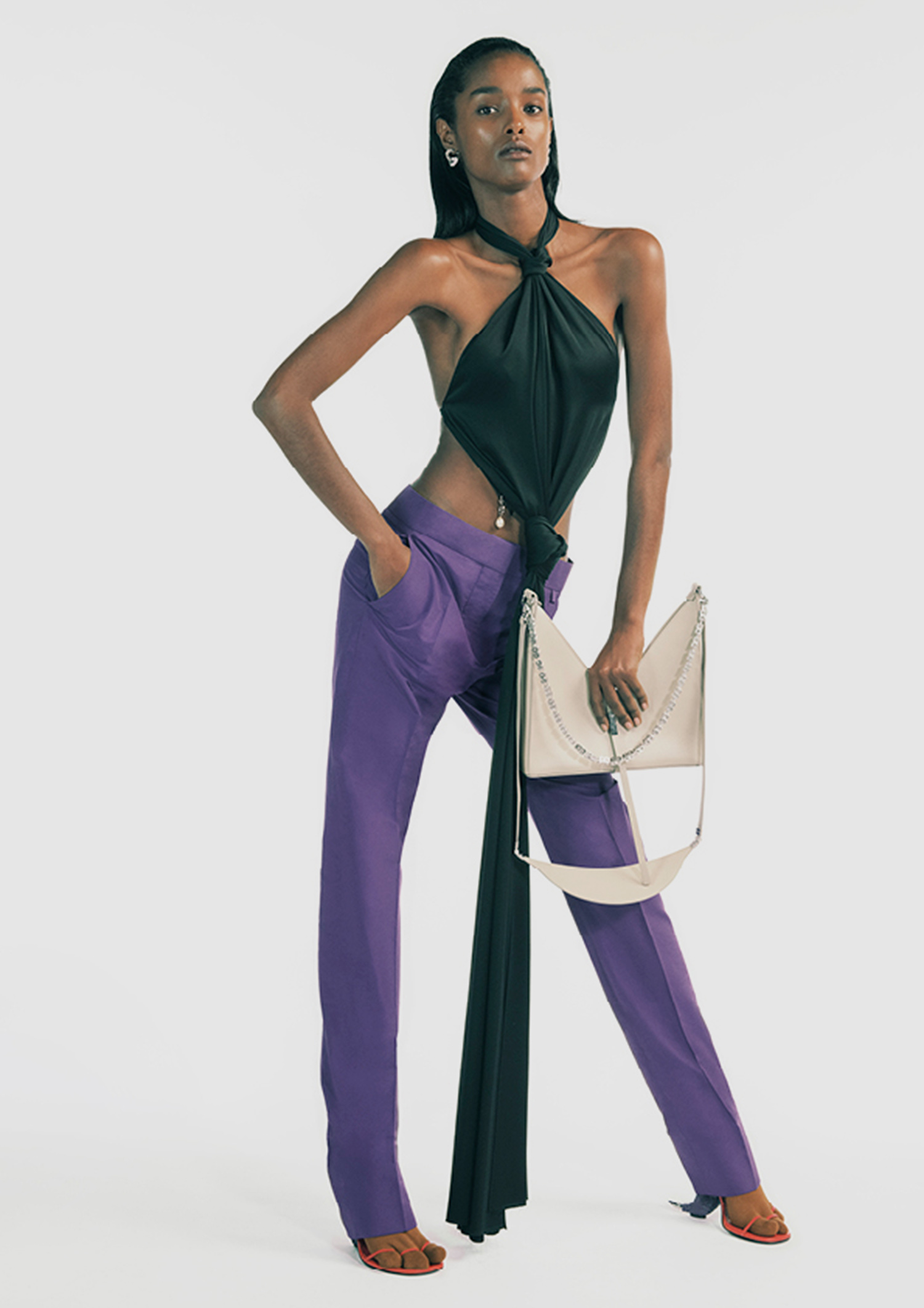 Building on the utilitarian style codes Williams explores in his own brand 1017 ALYX 9SMm, the collection is replete with magnified details, geometric shapes, and graphic elements. These mingle with elements of Givenchy’s historic terroir, from a reinterpretation of the McQueen horn-heel to the loops of elegantly drapery reminiscent of Hubert de Givenchy’s ‘Jour’ open backs. In dialogue with the house archives, Williams has created a bold textural mix that fuses early 2000s glam with emblems of his own urbanwear sensibilities—a clear departure from the svelte glamour of predecessor Clare Waight Keller. Full of sharp edges, crocodile leather, and chrome, Williams’ debut at Givenchy has his name stamped all over it.