Hair and make-up by
Peter Beard

Designer Jordan Dalah has already been awake for a few hours. When we Zoom, he apologizes (several times) for his poor internet connection. The 27-year-old has been up since 6am local time, in his native Sydney, Australia. From a tiny square screen, his room appears sparse—one of those weirdly-shaped Australian electrical sockets, with the three-prong opening that looks like some sort of angry emoticon (at least to this American), and a few sketches of prospective fashion designs and moodboard images pinned to the wall.

At the center of the virtual frame, Jordan Dalah. Dalah is wearing (what appear to be) green pajamas. His hair, buzzed, is slightly messy. I love this. It reminds me of college professors, academics who wear dad sweaters and ill-fitting department store khakis, which convey: “my ideas are more important than my appearance.” Dalah is one of those once-in-a-generation artists whose designs transcend his own persona. He is a hard worker and his line—womenswear marked by ballooning sleeves, soft color palettes, and the occasional patterned dress—have earned him adoration in fashion world circles. A recent i-D feature. One on AnOther. T Magazine spotlighted him as a young designer to watch. 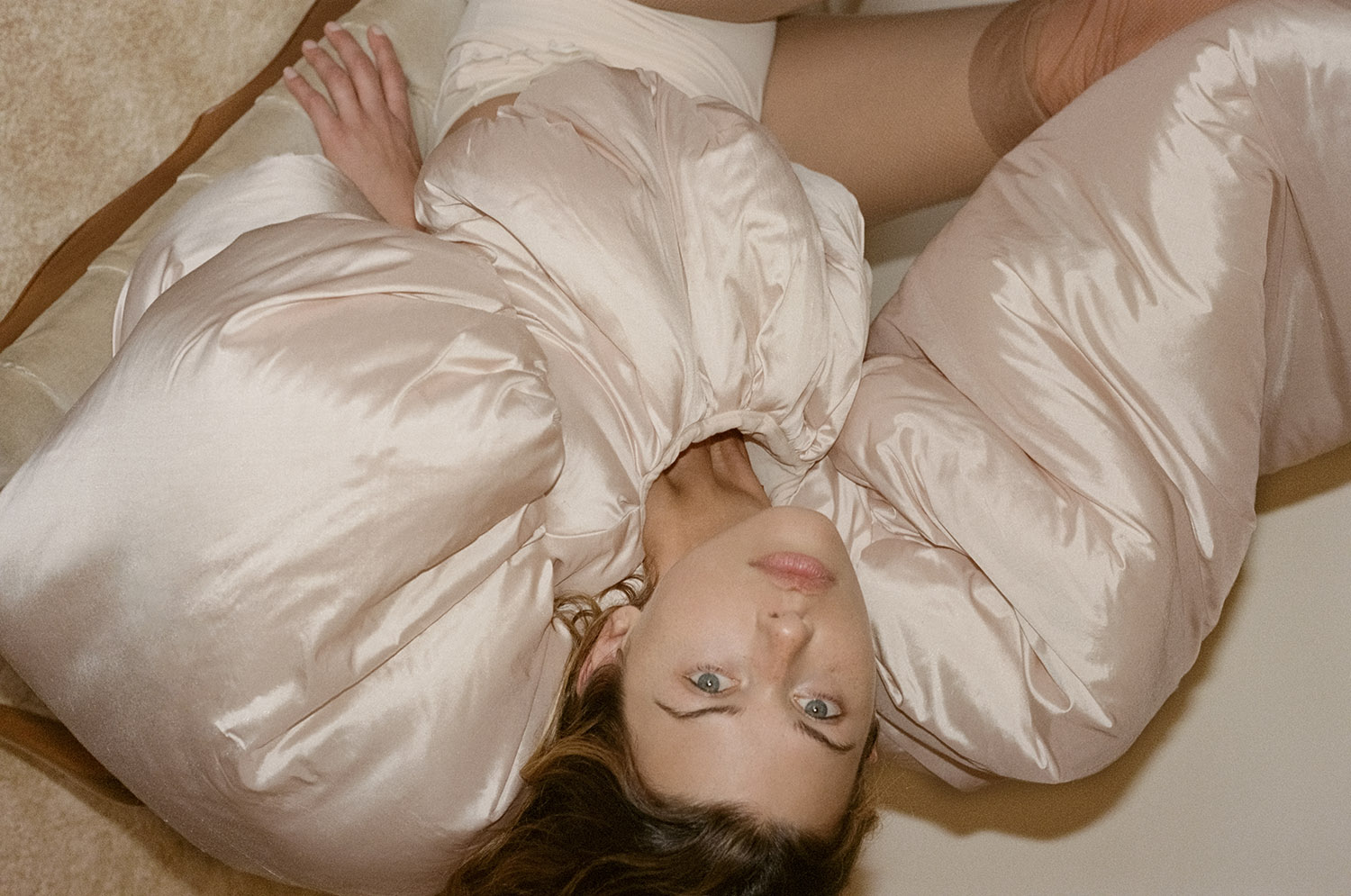 His earliest introduction to fashion, as a child, was drawing the human body. Figures wrapped in elaborate garments. His fashion sensibility is inspired by Victorian womenswear. Now he designs for women, but is piercingly aware that designing for women (as a man) brings about a series of challenges and slippage between the designer and interpreter. “It’s not for everyone,” he tells me. He doesn’t want to impose beauty ideals on the wearer. “The clothing is interpretive,” Dalah says of his eponymous label. He dresses the body. Addresses the body. Redressing the idea that fashion is fixed, non-interpretive. Fashion, for Dalah, is not prescriptive.

“I’ve realized that [my label] is not about appealing to everyone. It’s about my imagination and what sort of silhouette I imagine to look interesting.”

He is cautiously skeptical of male designers who make sweeping collections and purport to understand what women want, commenting that male designers often design in a practice that is dissociated from the female figure.

“The clothing can be interpreted by the wearer however they like. Gender becomes irrelevant to the design,” Dala says. “As a male designer it’s difficult to tell a person what they should or should not think is interesting. So I hope to eliminate that [gendered approach] and just create whatever I think is interesting.” 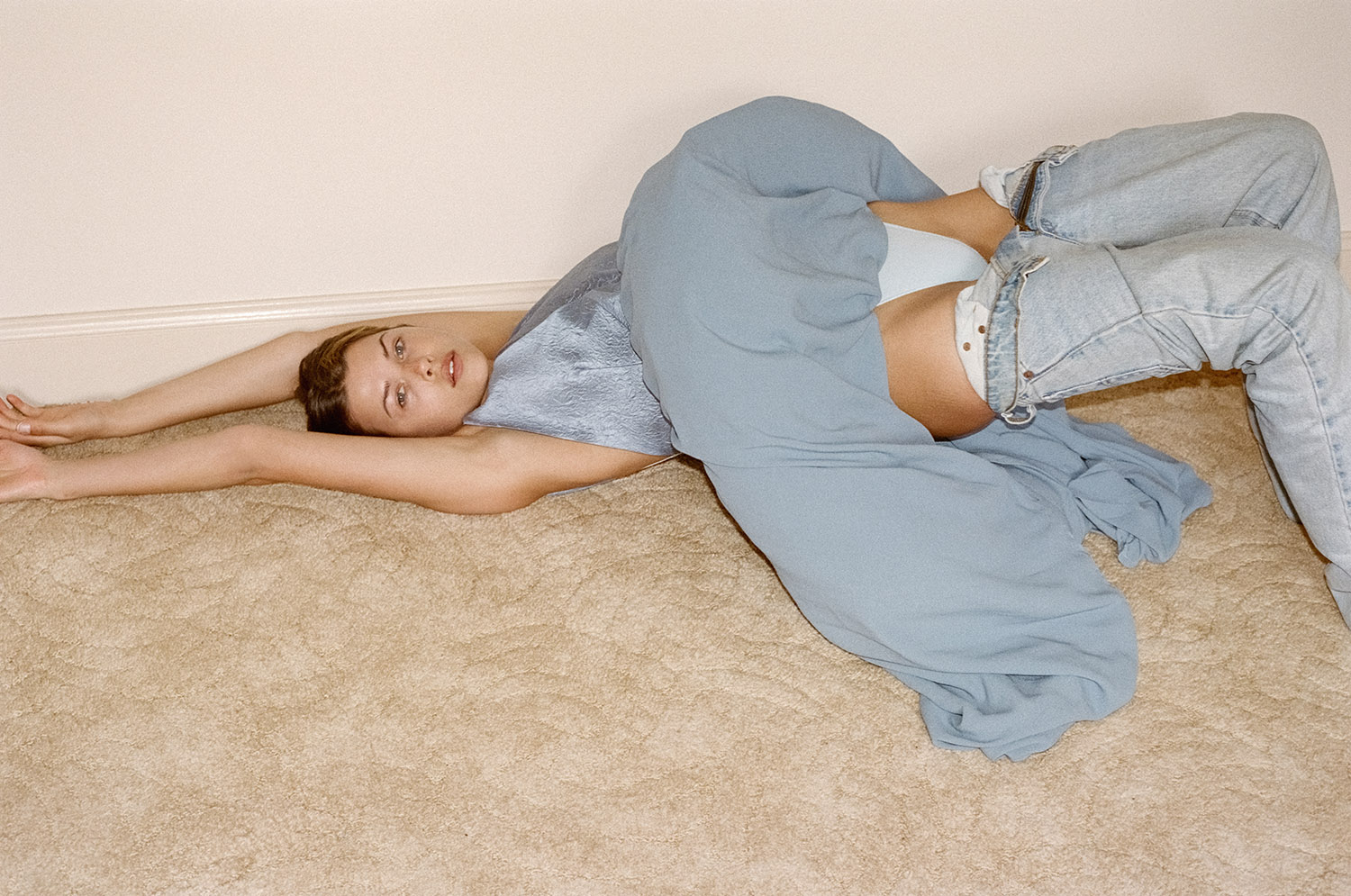 “I just wanted to make sure that everything I could source would be available to me here, because I believe that moving forward indefinitely, that’s the thing that’s going to mean the most as a designer starting out. To work with what’s within my means.”

“I wanted it to be a mock, history-inspired collection that is flipped on its head and decontextualized in the sense that it’s not at all historic, there’s just a lot of reference points to costume or a perception of what historical dress might have been like.”

“There is a relevance to the way Tudor men wore their undergarments. There’s an ease to it that can be seen through the lens of womenswear.” Victorian history is a big source of inspiration for Dalah, but historical reference is not a point of entry—instead, historical reference is a point of departure from which his collections flourish into a new synthesis of Victorian fashion sensibility in an updated contemporary context. But is fashion obligated to reference history?

“When people start to extract what is quite literally a historical reference and what is not it defeats the purpose of what it is I am doing, it’s supposed to be loosely taken from history and brought into a modern space.”

Dalah’s process is marked by collaboration and community. Consider his latest campaign: the subject, New Zealand model, Georgia Fowler lives in Sydney. His machinist lives thirty minutes away. The photographer, also Sydney-based. The campaign was photographed in his boyfriend’s grandmother’s home. In the age of pandemic, Dalah is both a blueprint and emblem of the advantages and challenges confronted by young designers—Dalah confronts the challenges of creating and producing a fashion line, while also managing visuals and brand identity—and that often means hustling to find what is available, from sourcing fabrics to models to photograph. 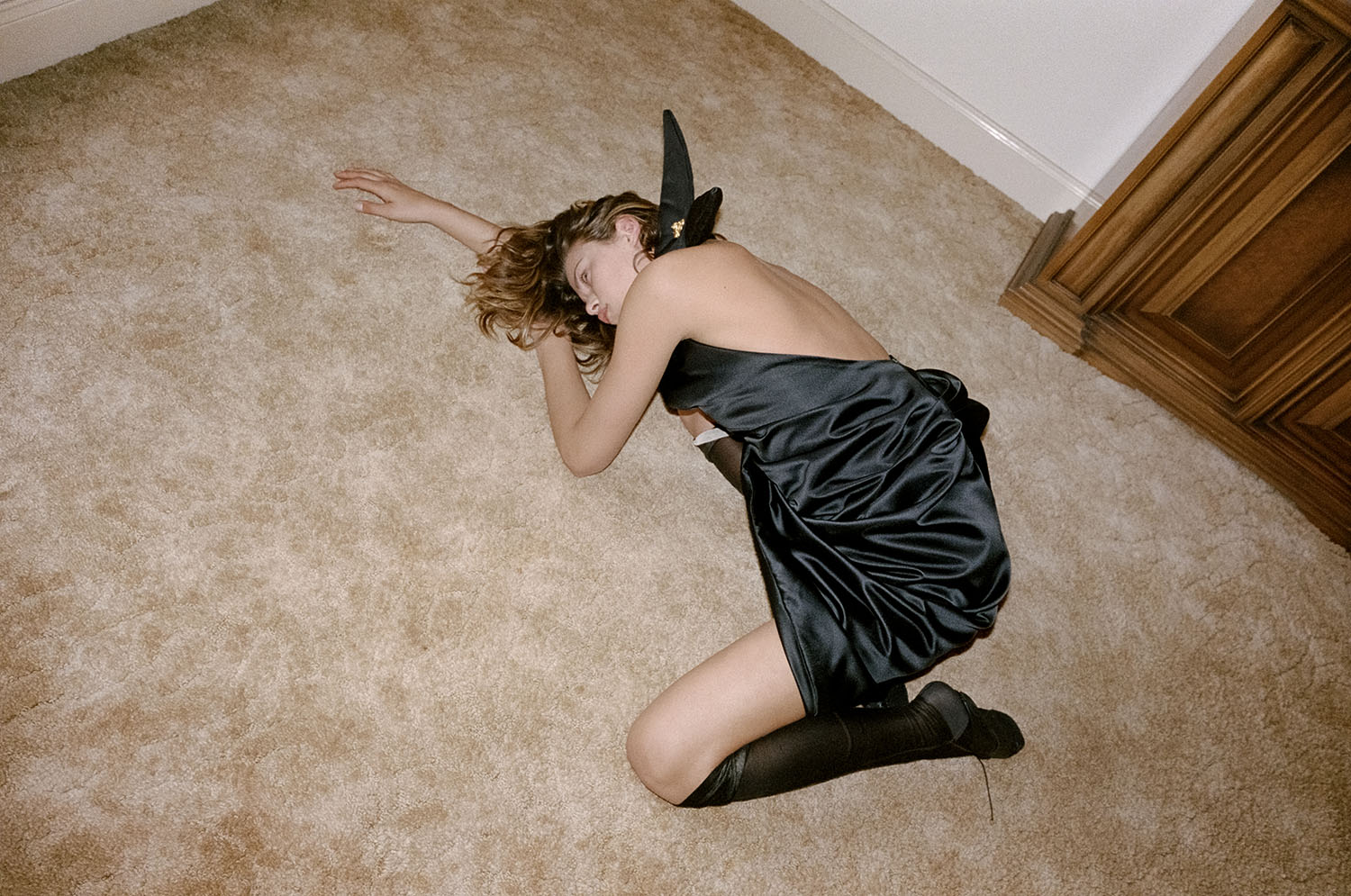 “I wanted to collect vintage fabrics that I could get in bulk for production. How many vintage silks can I find to produce a collection?” he asks, eyes to the ceiling as he clenches an imagined bundle of fabric.

Dalah’s designs are teeming with an enchanted and endearing awkwardness. That fashion shouldn’t be self-important is deeply interwoven into the fabric of Dalah’s ethos. “There’s humor to my stuff. The puffy sleeves. It needs to be pushed to the point where it becomes awkward and digestible. I’ll never do puff if it’s safe.”

“My fashion isn’t palatable to everyone and it will never be. And I don’t want it to be.” He tells me about a recent commission. “I’m making a dress for a mother of the bride. I love that! I love that I’m doing that over the bride or bridesmaid,” Dalah says, with a pause.

“Give me the mother over the bride or bridesmaid any day!” 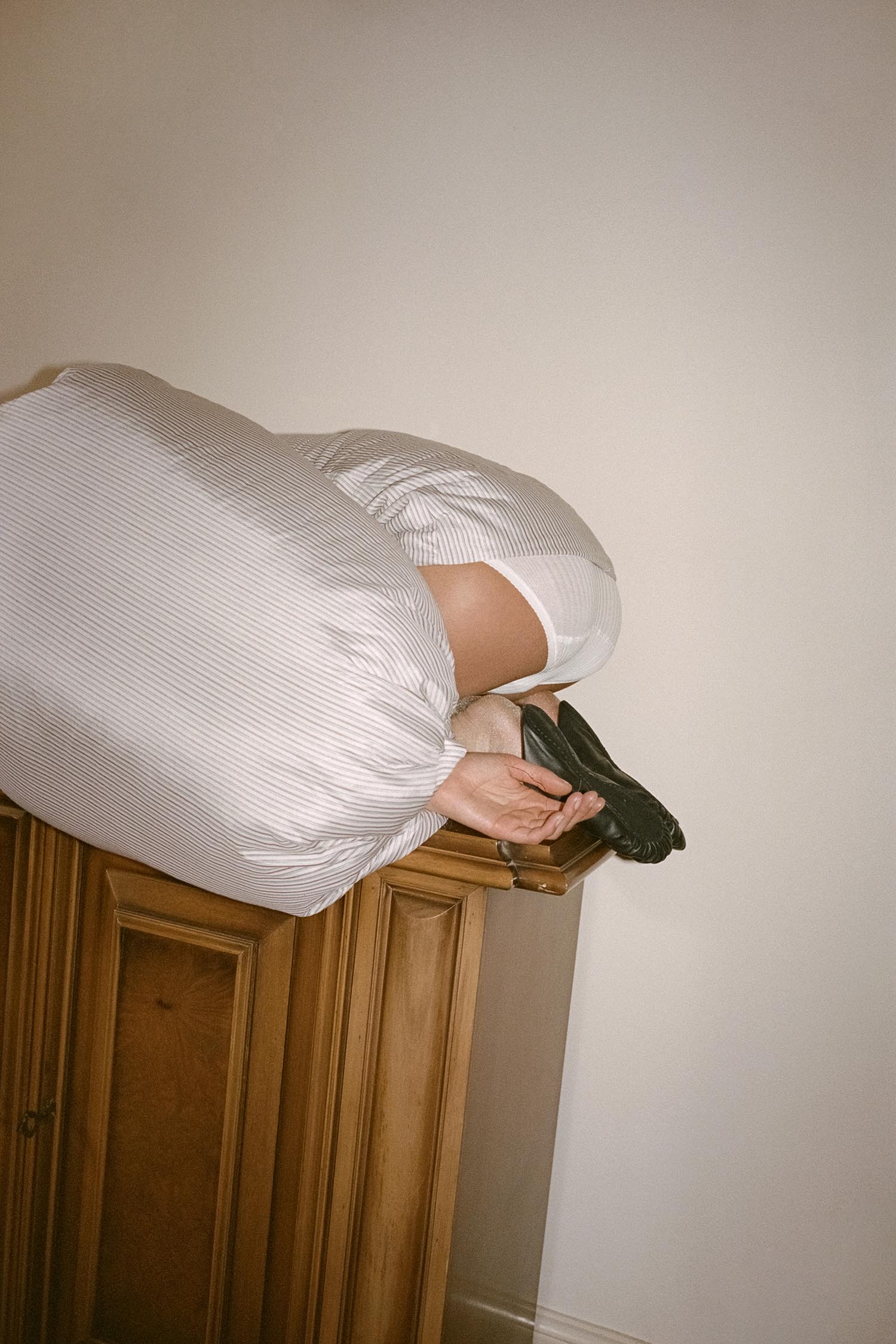 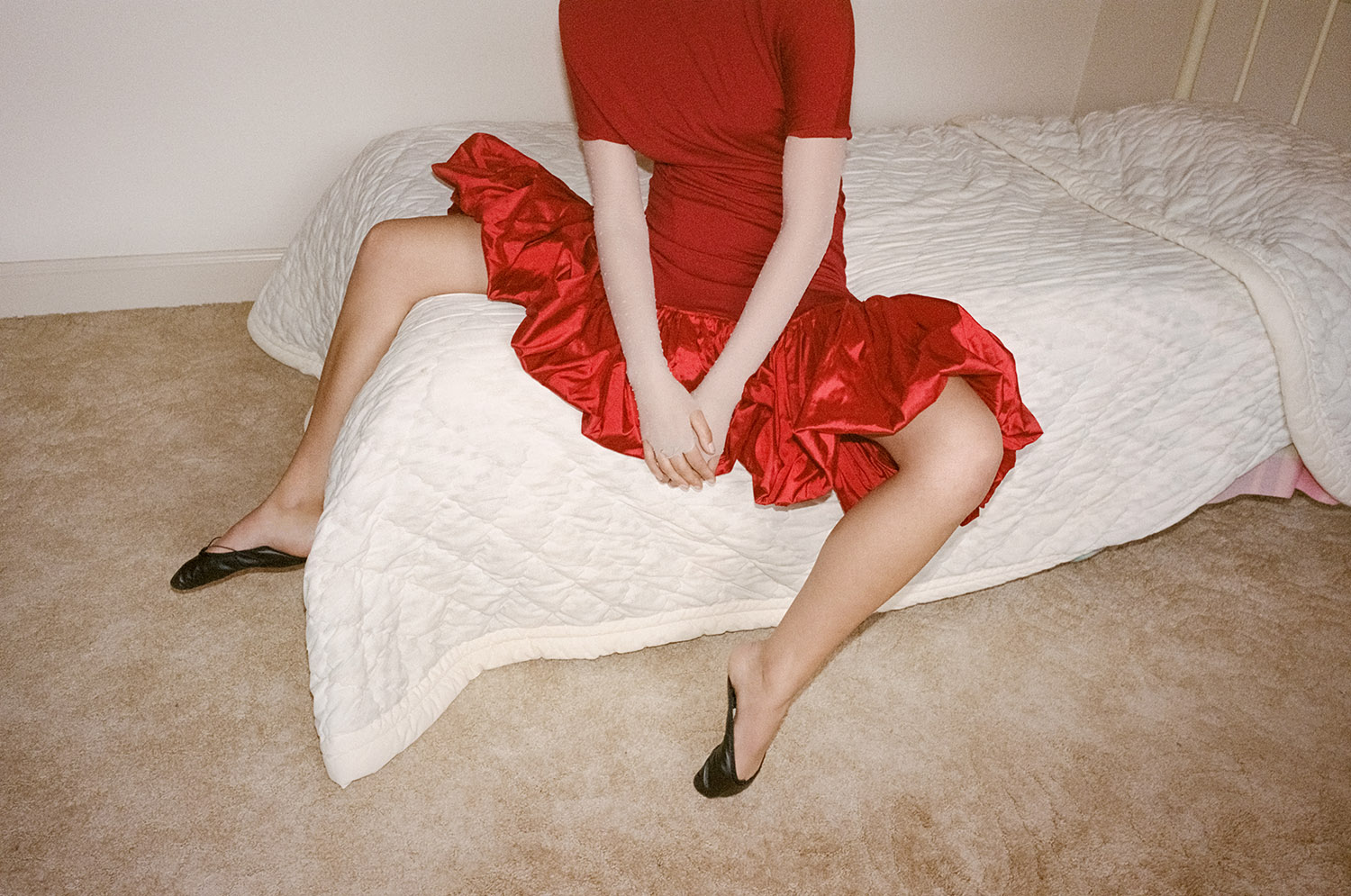 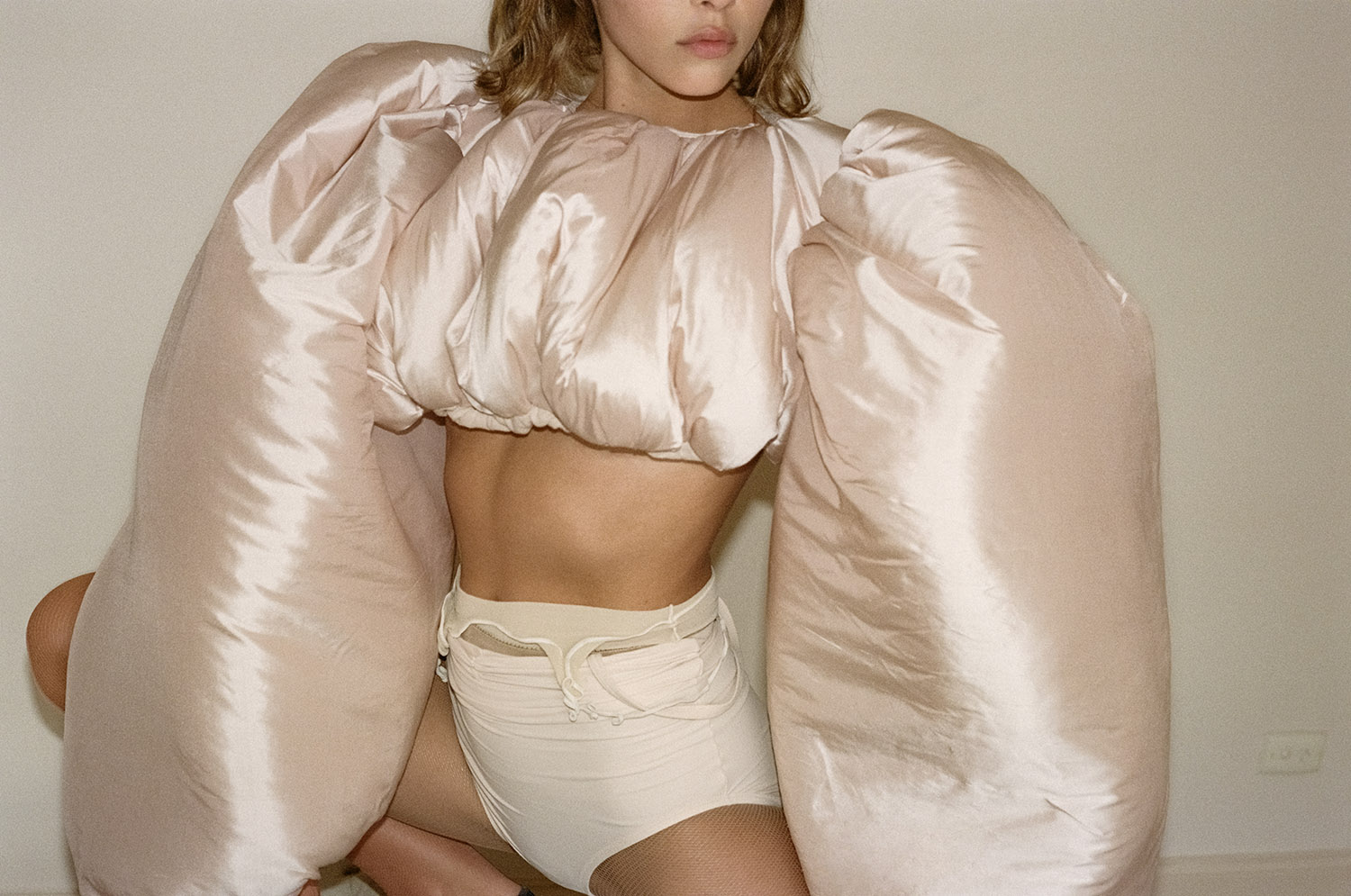