Isabelle Chaput and Nelson Tiberghien are two people in love who like to dress alike. But they’re not your average matching couple. While Chaput is from Paris and Tiberghien is from Nice, the French duo fell in love while studying photography, on the foundation of a friendship that involved some unintentional matching outfit moments. When they finally got together during an internship in New York, they decided to translate their love for each other and for dressing similarly into their art practice.

Their project, called Young Emperors, is still going strong five years later, and Chaput and Tiberghien have turned it into a full-fledged business with a growing online following (they also recently got engaged). Working with brands such as Teva, Uniqlo, W Concept, and most recently Hermès, the duo have also expanded this body of work to incorporate performance art, movement, and video. While they take their work very seriously, it is humor that is at the heart of everything they do as their biggest mission is to make themselves and other people happy.

Document spoke with Chaput and Tiberghien about how they first met, what inspires their work, and what they plan to wear to their upcoming wedding.

Sara Raddin: Congratulations on your engagement! I was thinking we could start by talking about how you two met.

Nelson Tiberghien: We went to the same photography school in Paris and we started working together on projects. Then we did an internship in New York. That’s where we fell in love. When we went back to Paris we officially became a couple and a [collaborative] duo. After school, we stayed one year in Paris and then moved back to New York where we’ve been for two years.

Sara: So when you first started working together, what kind of work were you making?

Isabelle Chaput: We were doing fashion photography from the beginning. When we fell in love, we decided to completely renounce what we were creating individually in order to become a duo.

Sara: How did you end up doing this project where you dress alike?

Isabelle: In school, when we were not even a couple yet but we were working together on school projects, often by accident we would wear similar clothes. I think subconsciously it was a hint that we had a telepathic connection. When we started our duo this whole ideology started to form. I was obsessed with South Korea and Japan. I knew that couples there match to express love in a way that doesn’t need to be physical, which is really beautiful. We both also liked the idea of a team, like a football team. So we created a uniform that could be a manifestation of our love and a living art form. Now it’s been five years that we’ve been dressing alike and wearing matching outfits every day but it’s only been two years since we’ve been sharing it on Instagram, which was something Nelson was always pushing for.

Nelson: Instagram gave us an excuse to create and have fun with all of these ideas we had but couldn’t really express because we didn’t have the right client. We became our own models and started doing fashion shoots but just with ourselves. 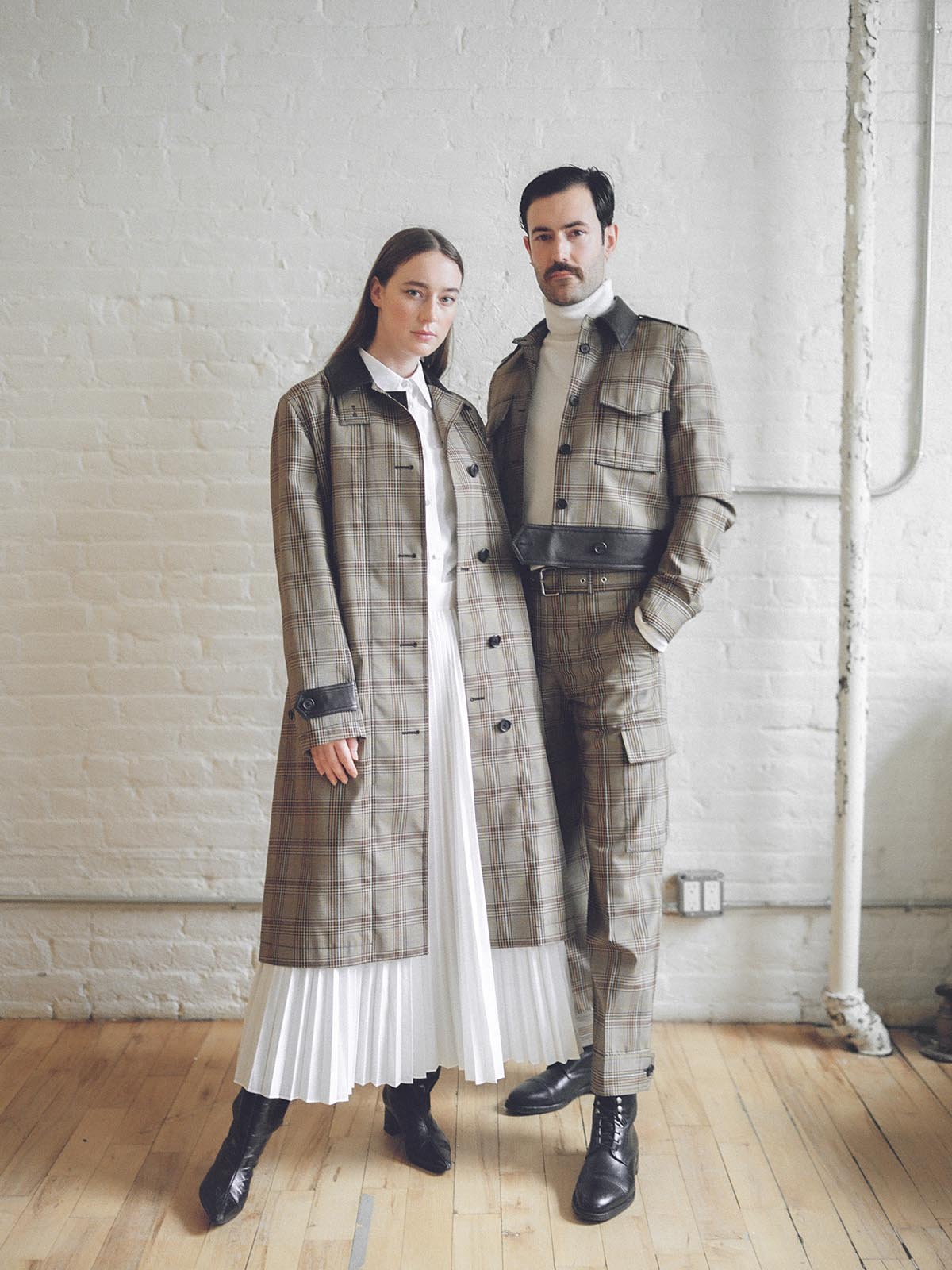 Sara: I love that. In terms of shopping and getting dressed, what does that look for you? How do you find the outfits you wear?

Nelson: In the beginning it was natural. Isabelle would say, “I want to put on this pink sweater but you don’t have one.” So we would look for one. But now there’s a whole process to it because we work with brands.

Isabelle: When we started, it was more focused on colors or patterns. And we’d go to vintage shops and get the clothes ourselves within our own budgets but it wasn’t our main profession, it was just our lifestyle. Now we get ideas or see particular themes and curate content around that. There’s more thought behind it now.

Nelson: A brand will often contact us to advertise a product and we will try to create a matching outfit around that. There’s a lot of research and thought put into the production of what we do. Some posts are organic of course, but generally, our posts take some time and work.

Sara: When did you start evolving from wearing the same outfits to making actual performance art?

Nelson: In the beginning, we were doing video direction projects too, and an ad agency reached out to us to create a specific series for them, and we decided to do a performance on the street. So we decided to explore both those ideas more fully.

Isabelle: Young Emperors is a performance in itself. What’s different is that we were doing it for ourselves really, and didn’t try to evolve or create something with it. But we decided to go further and create something else with it.

Sara: Do the clothes inspire the performances you create?

Nelson: It depends. It’s really organic. Sometimes we have an idea from the start, other times it starts with the actual space. For example, we recently did a project for Uniqlo and it made sense to shoot it at the store, which was an idea that we got from the clothes.

Sara: What have been some of your favorite projects you’ve done?

Nelson: I always say the last thing we did is my favorite and every time we do something it pushes us forward in a new direction and gives us new ideas. The last video we did with Uniqlo made me laugh a lot and gave us other ideas for different content we want to do. Now we are on TikTok, which is really cool, and we created a bunch of videos, and it’s new, so that’s exciting.

Sara: So was humor always a part of this project?

Nelson: When we decided we were in love with each other, it was all about the fact that we were playful together.

Sara: So are you going to wear the same thing at your wedding?

Isabelle: I hope so.

Nelson: We did a post about our engagement and someone commented that both of us will wear a wedding dress but we are very traditional with rituals.

Isabelle: For sure we will find a way to make it work in terms of matching but we also love classic romance.

Sara: Do you have any dream projects you want to do?

Isabelle: We don’t want to wear one hat, we want to wear multiple hats. So one of our biggest dreams is to direct a movie and win the Palme d’Or award at Cannes Film Festival. Down the line, we’d like to design a collection or have a concept store and open a restaurant. There are so many things we want to do.

Sara: What do you hope people feel when they engage with your content?

Nelson: I hope they have as good of a time as we have.

Sara: Do you guys wear the same thing to bed?

Isabelle: We have different matching sets but full disclosure he likes to be naked.

Sara: What about underwear?

Isabelle: We don’t have matching underwear, although it’s funny you say that because I almost bought a matching set yesterday.