The Empire Marching Elite drummed their way through the pastoral planes and wooded, shady dense of Tibbetts Brook Park, located just north of New York City’s upper reaches. Moving to a chorus of their own beat, the members of T.E.M.E.—Lamont, Samantha, Kizzy, Royal, and Alyssa—show off their booming acoustics in collaboration with 2 Moncler 1952. Here they are captured in rare moments of quiet, illuminated by moonlight amidst forestial solitude. By day, by night marching a path in the space between the real and surreal. Genius in motion. 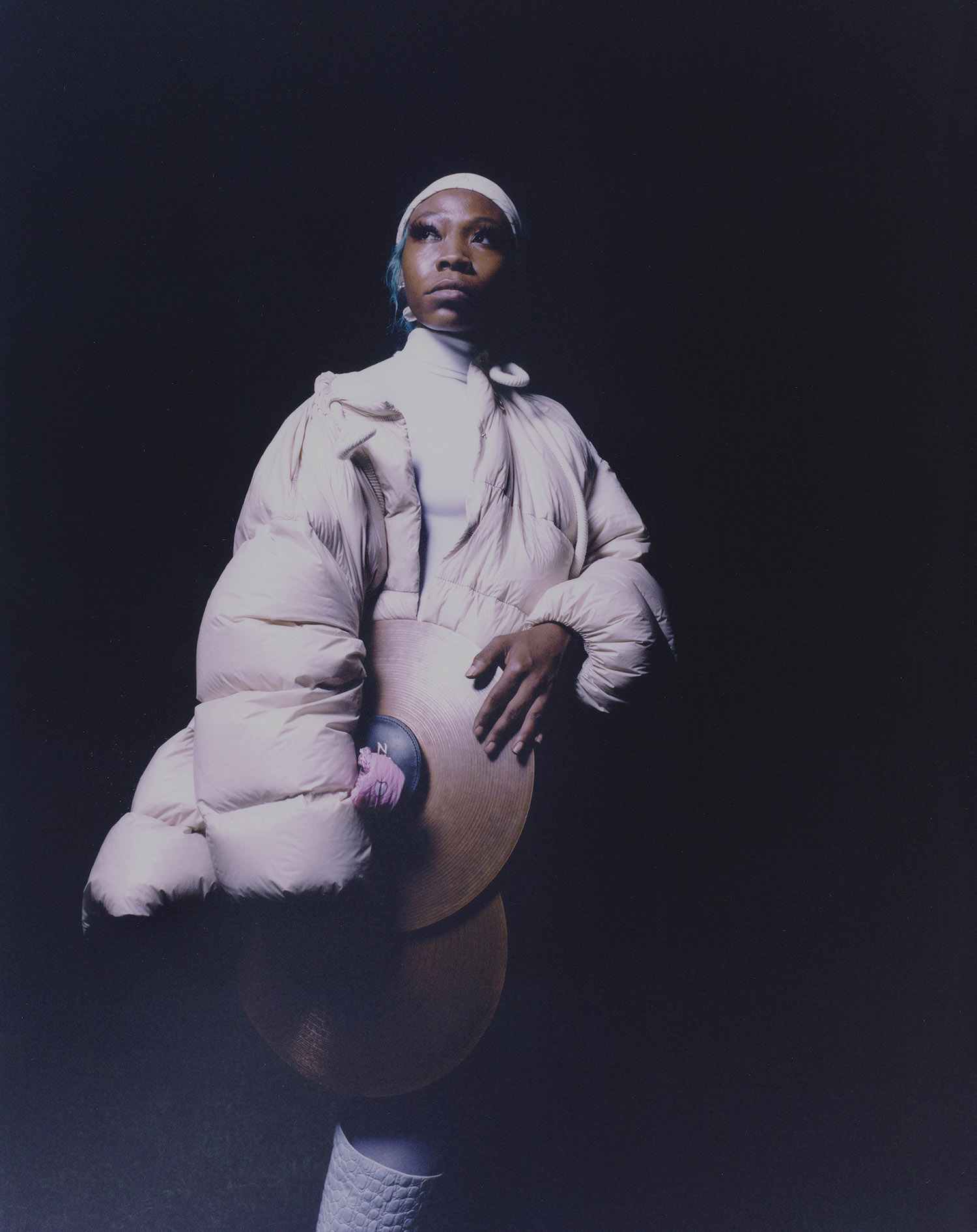 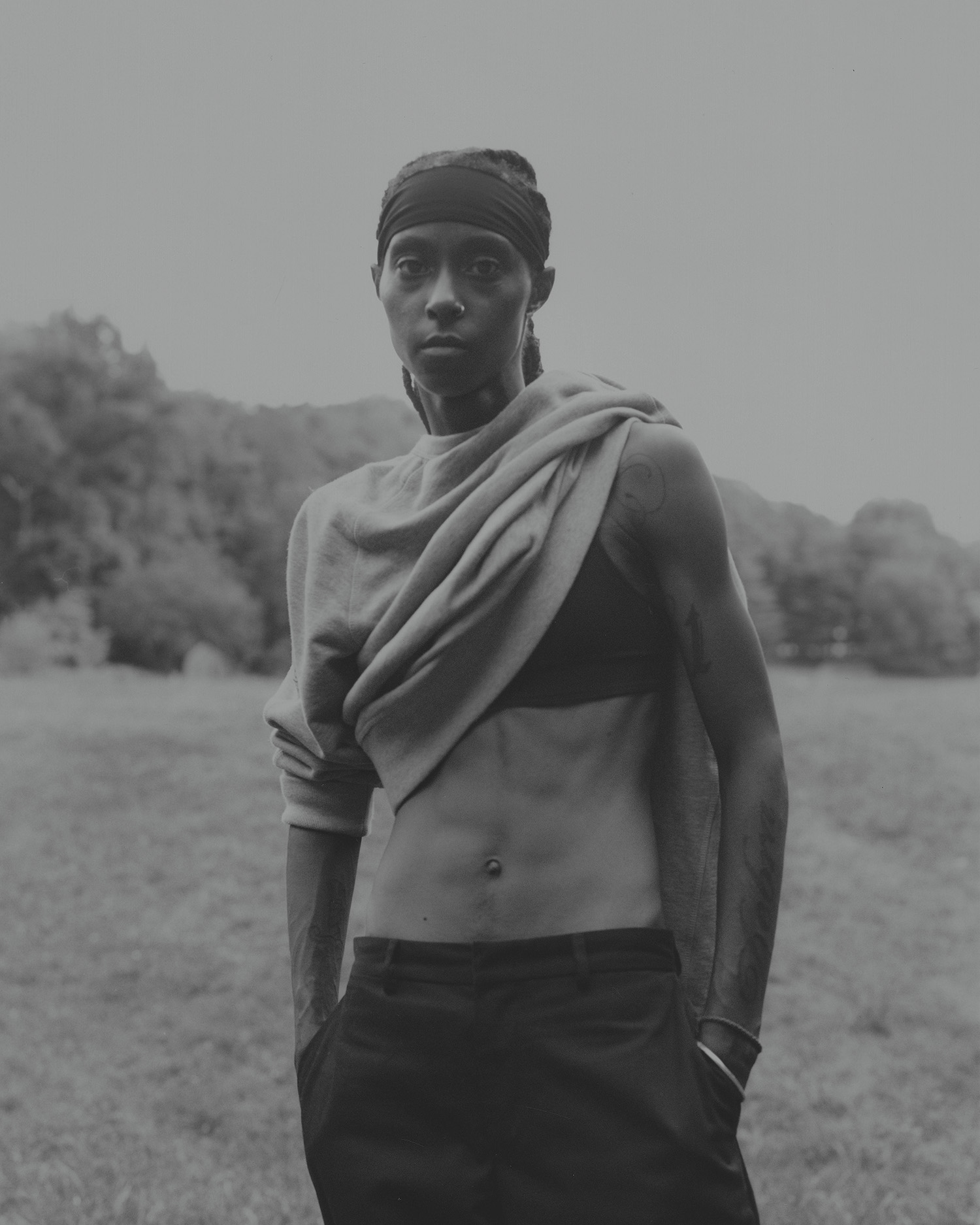 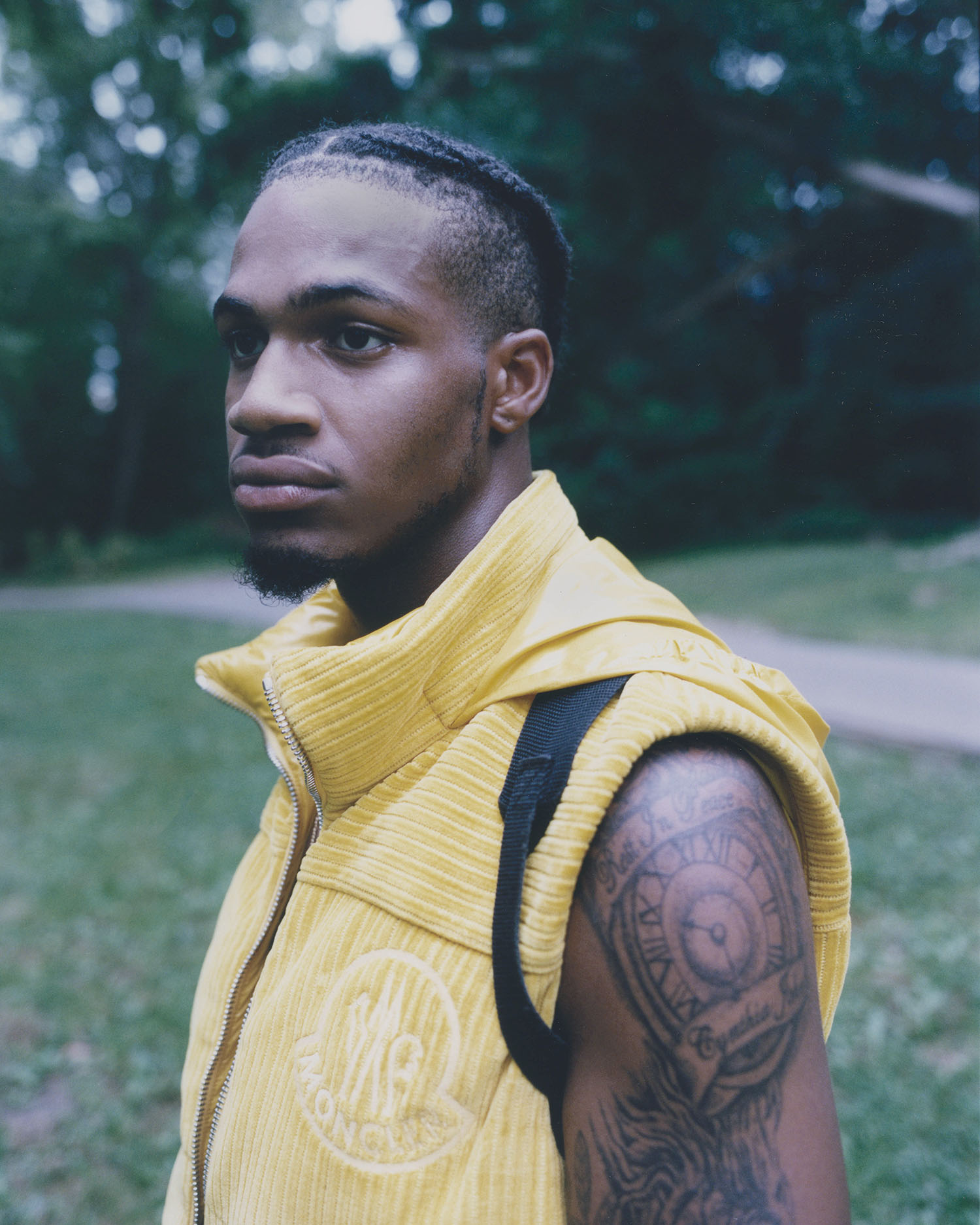 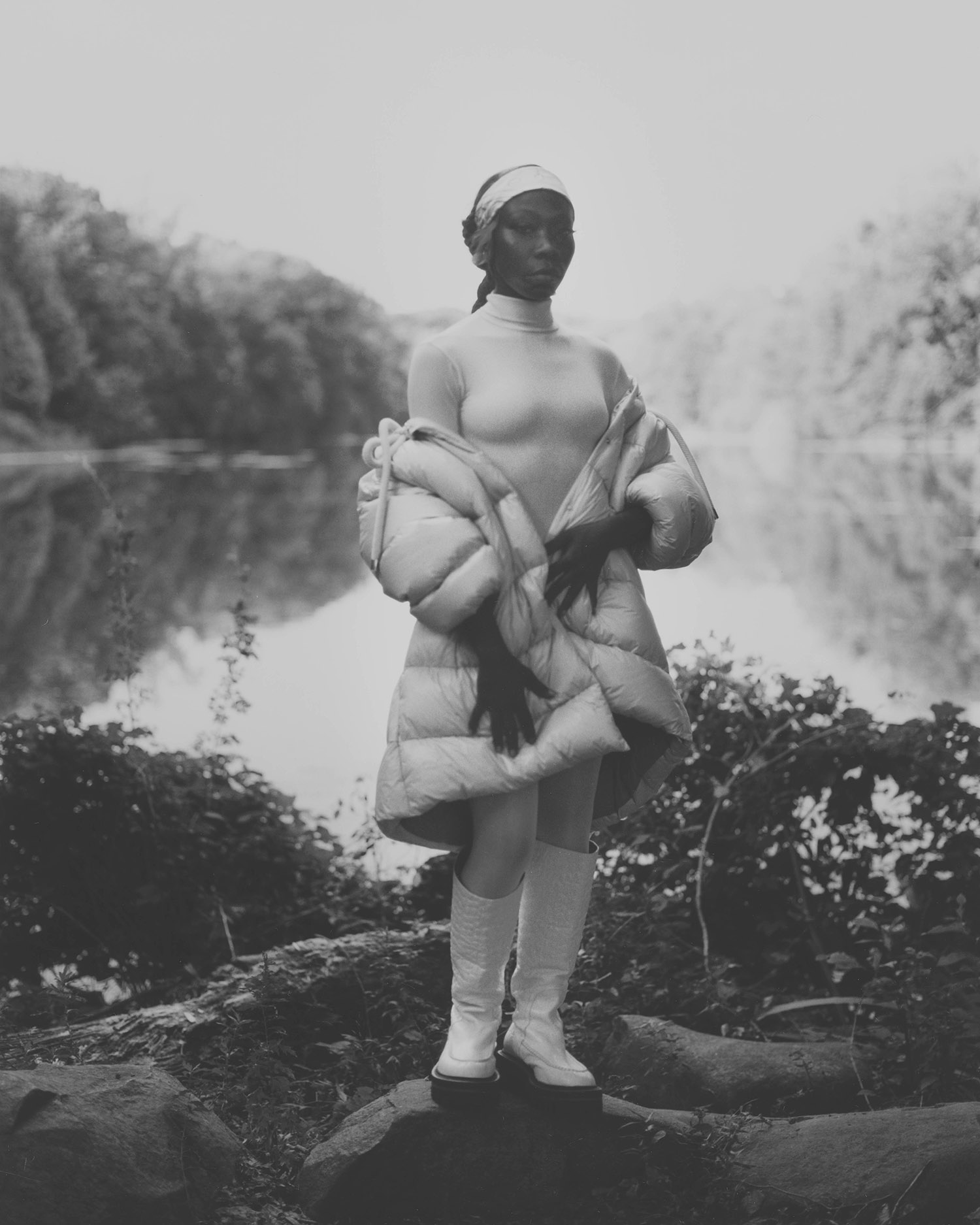 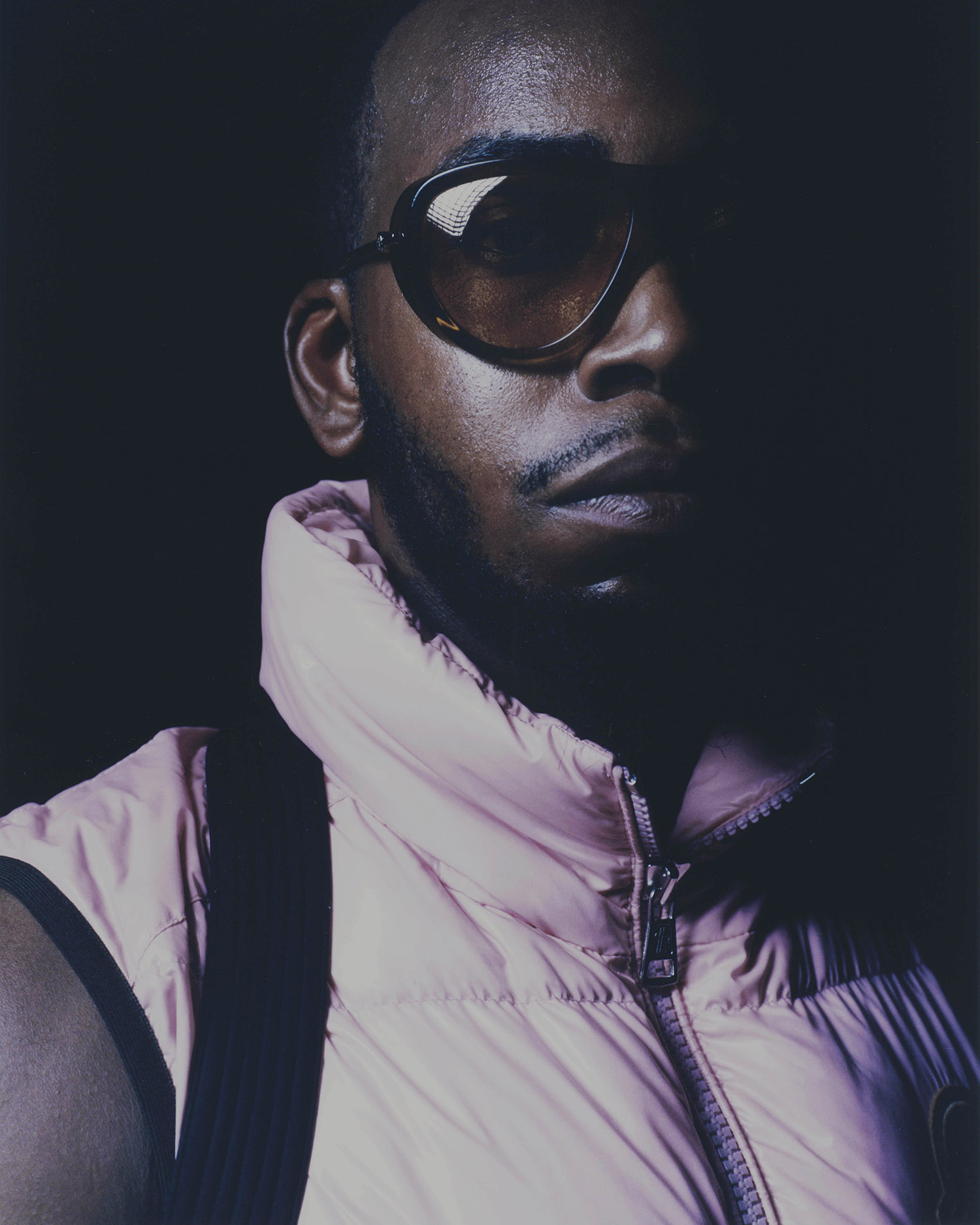 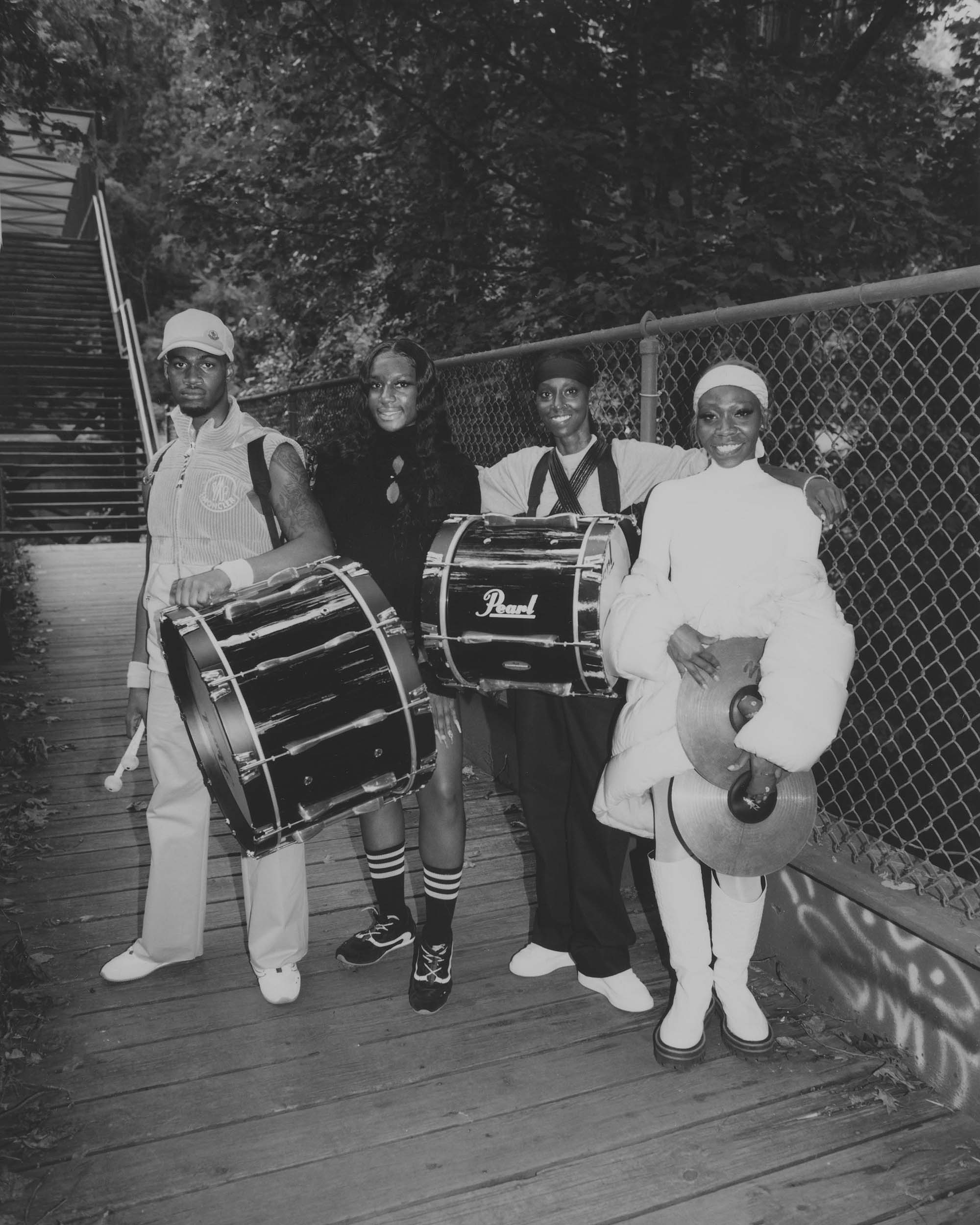 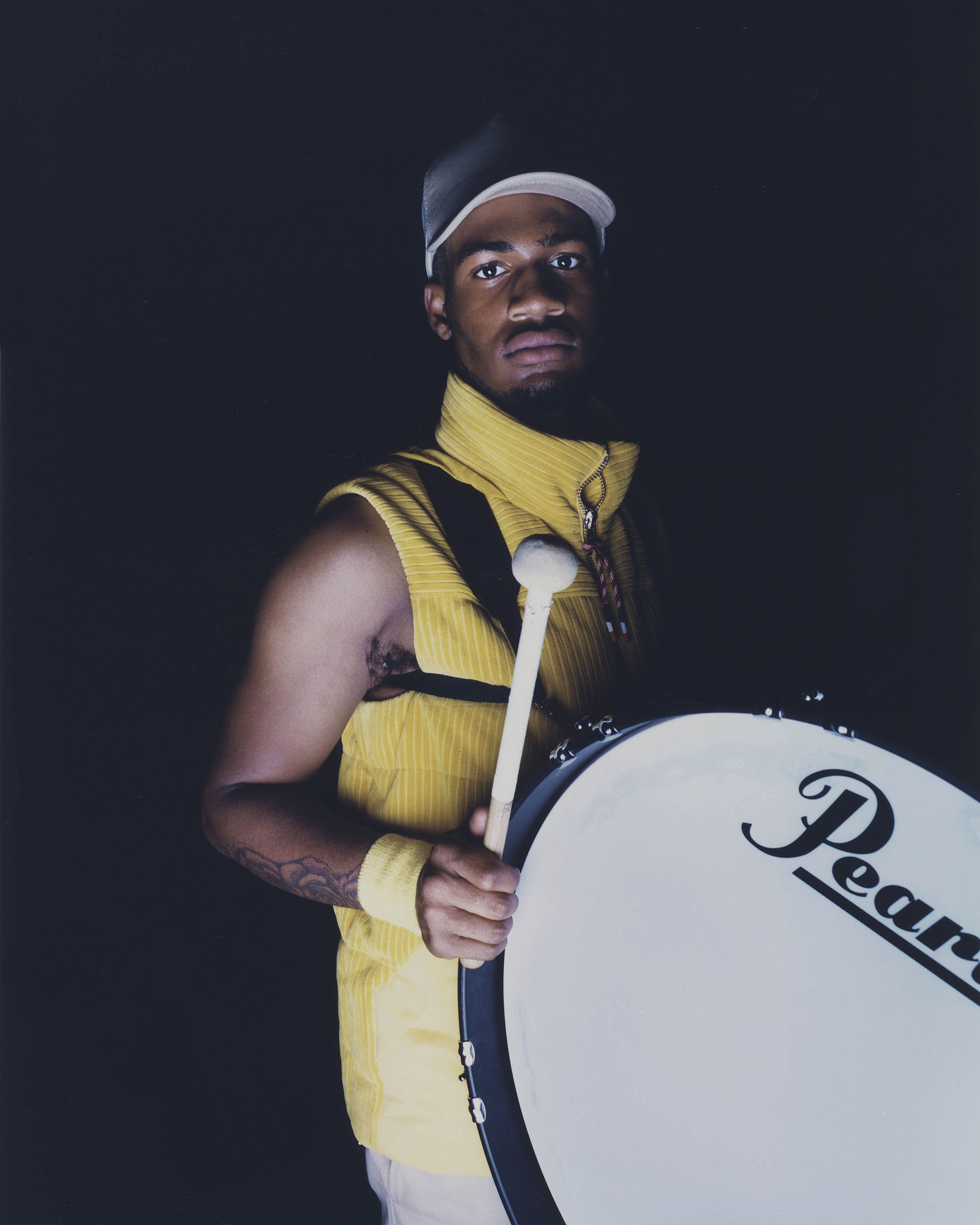 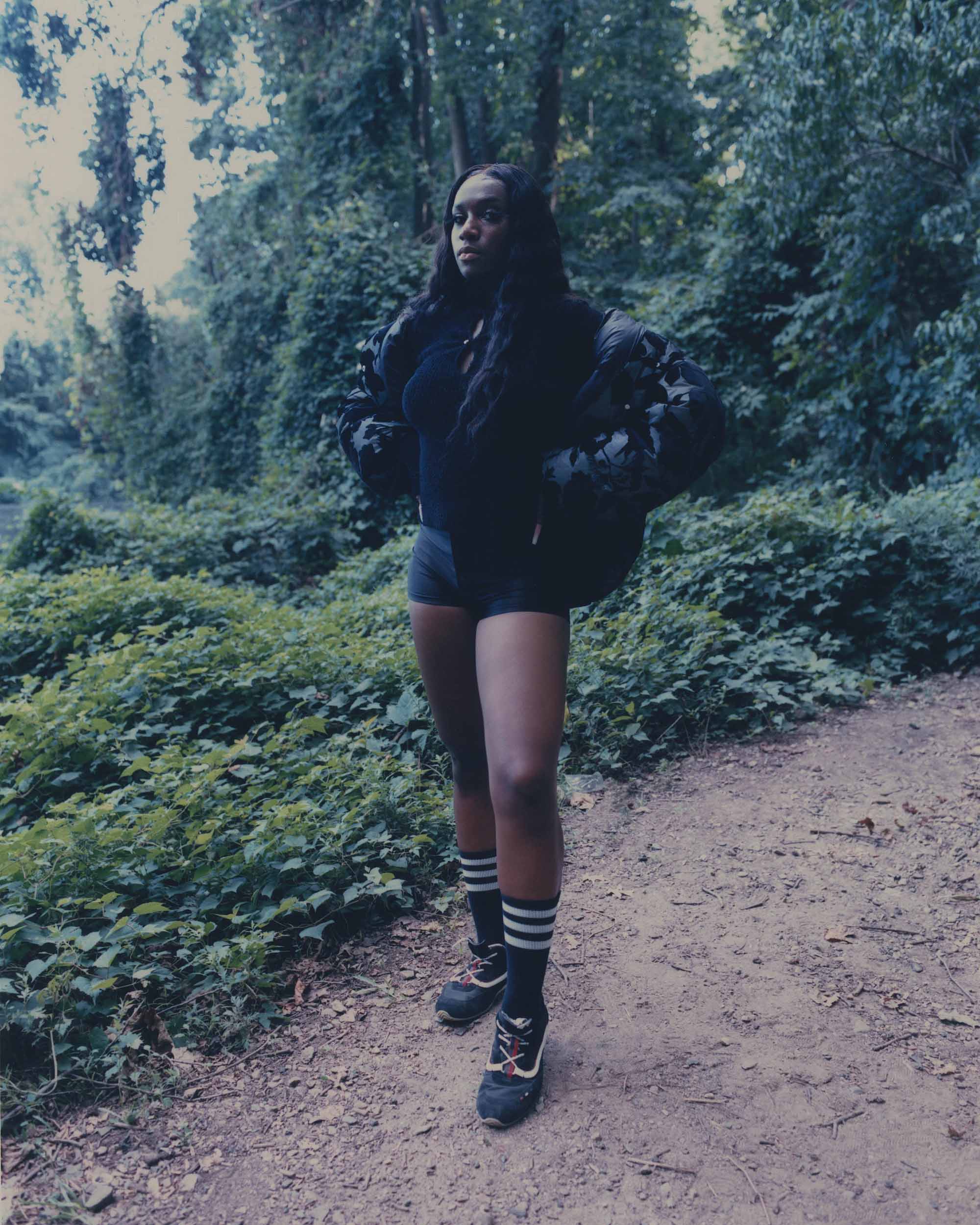 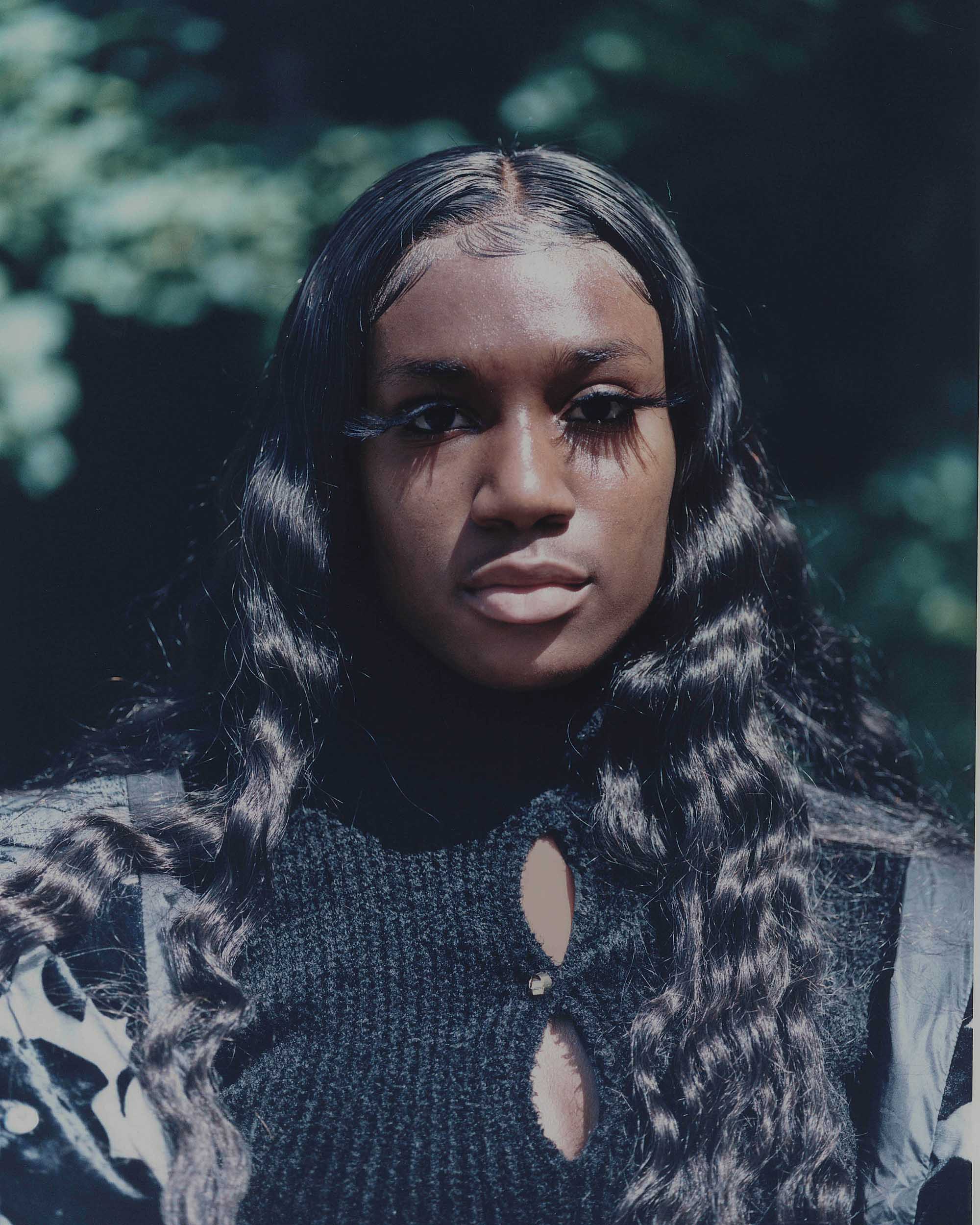 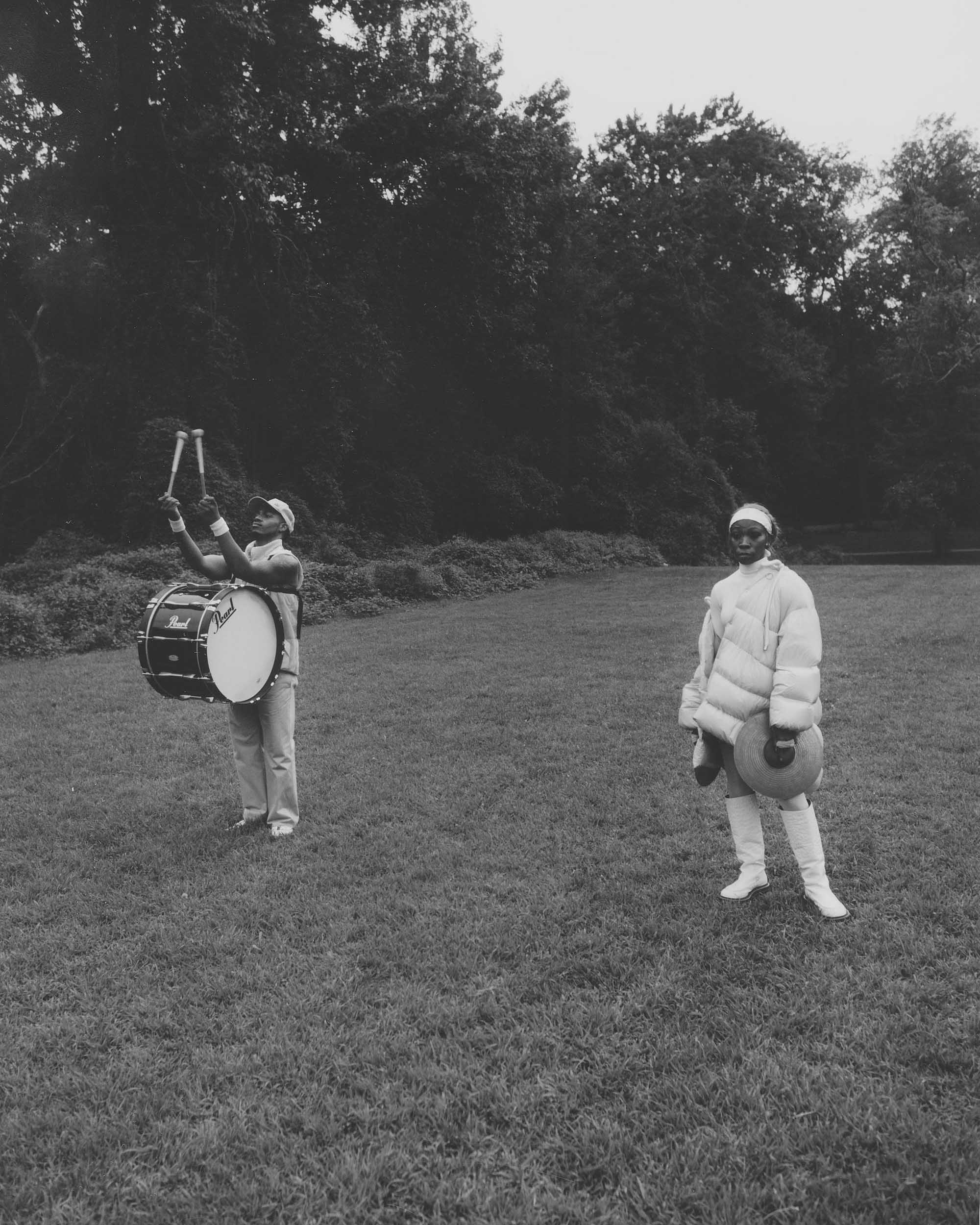 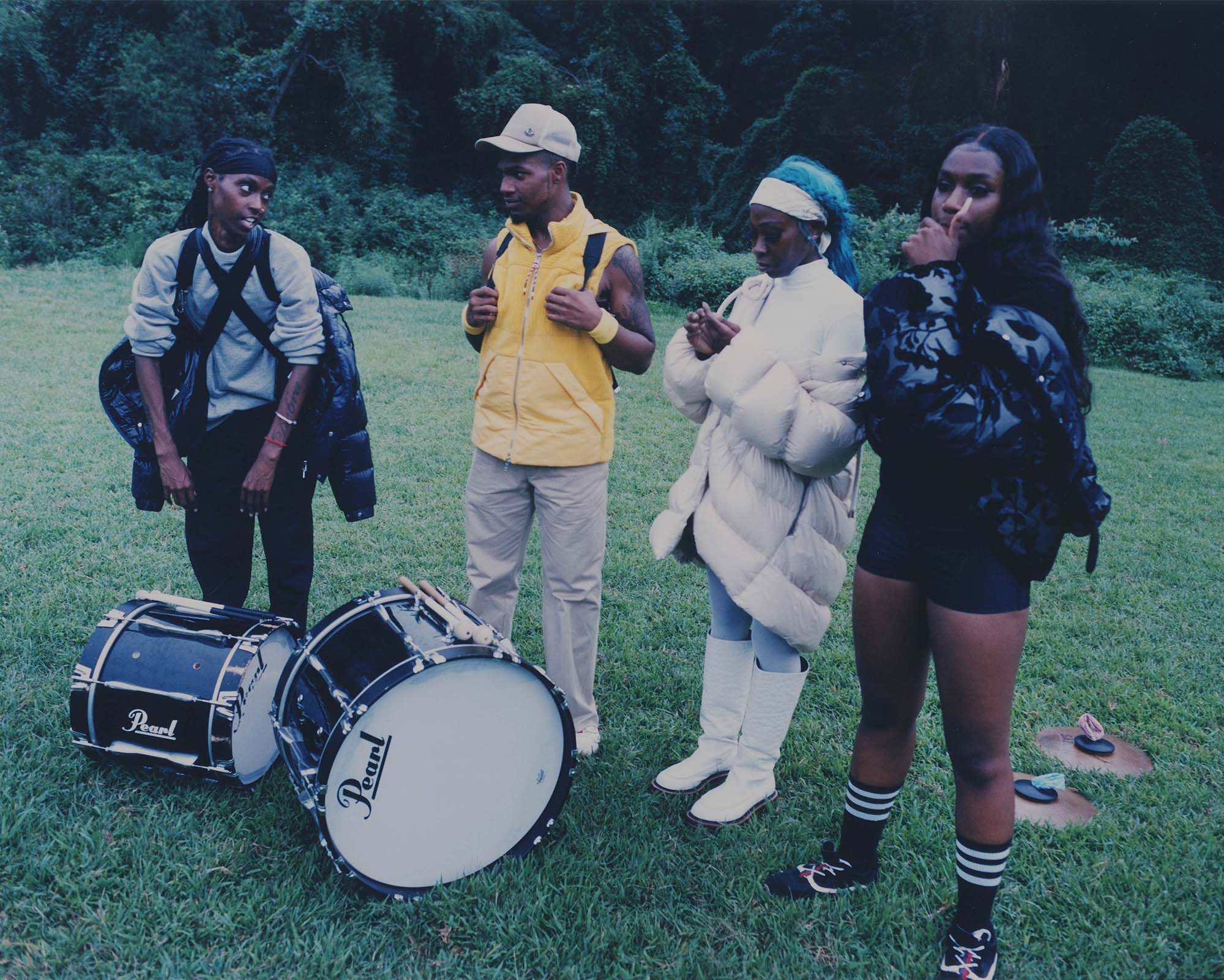 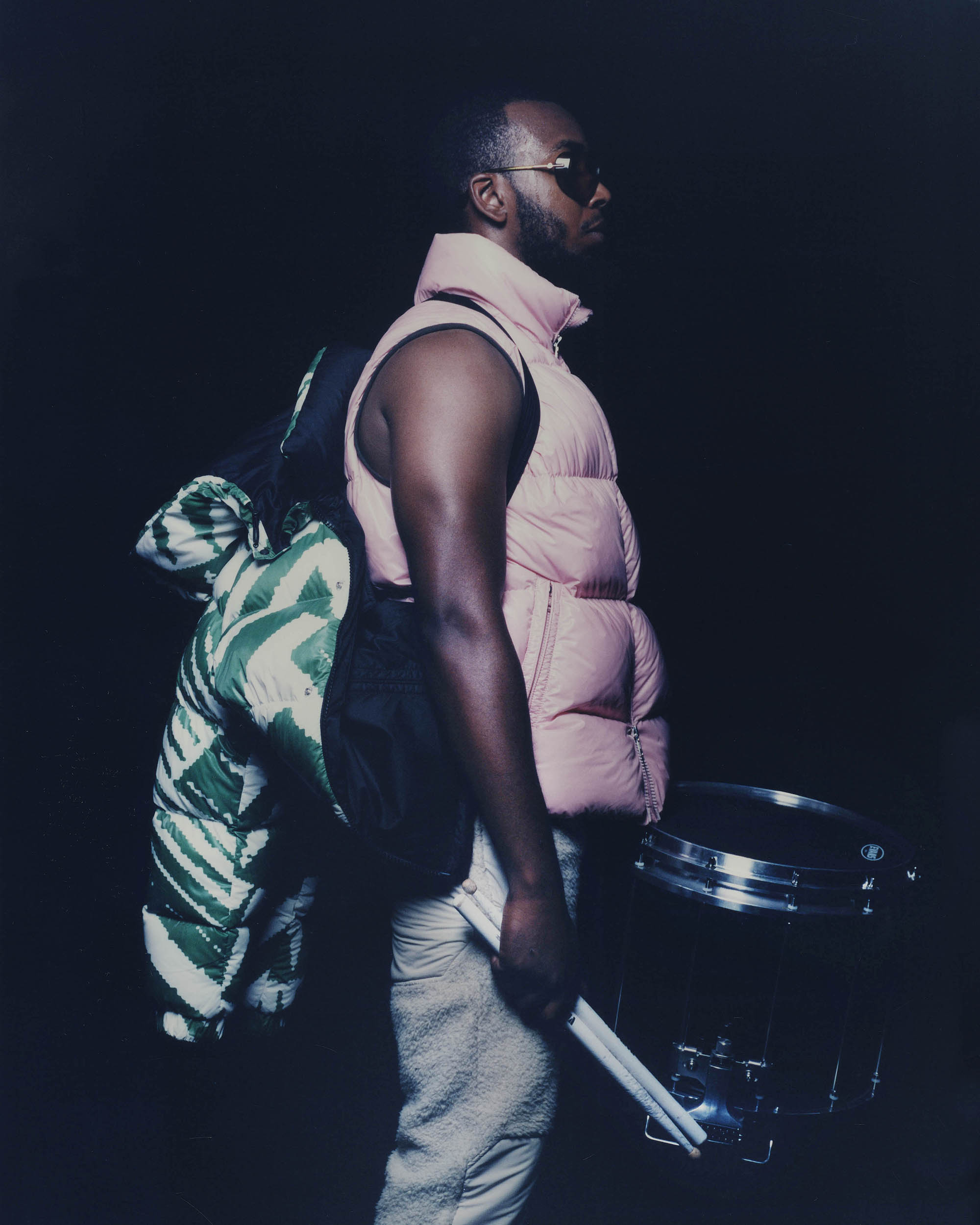 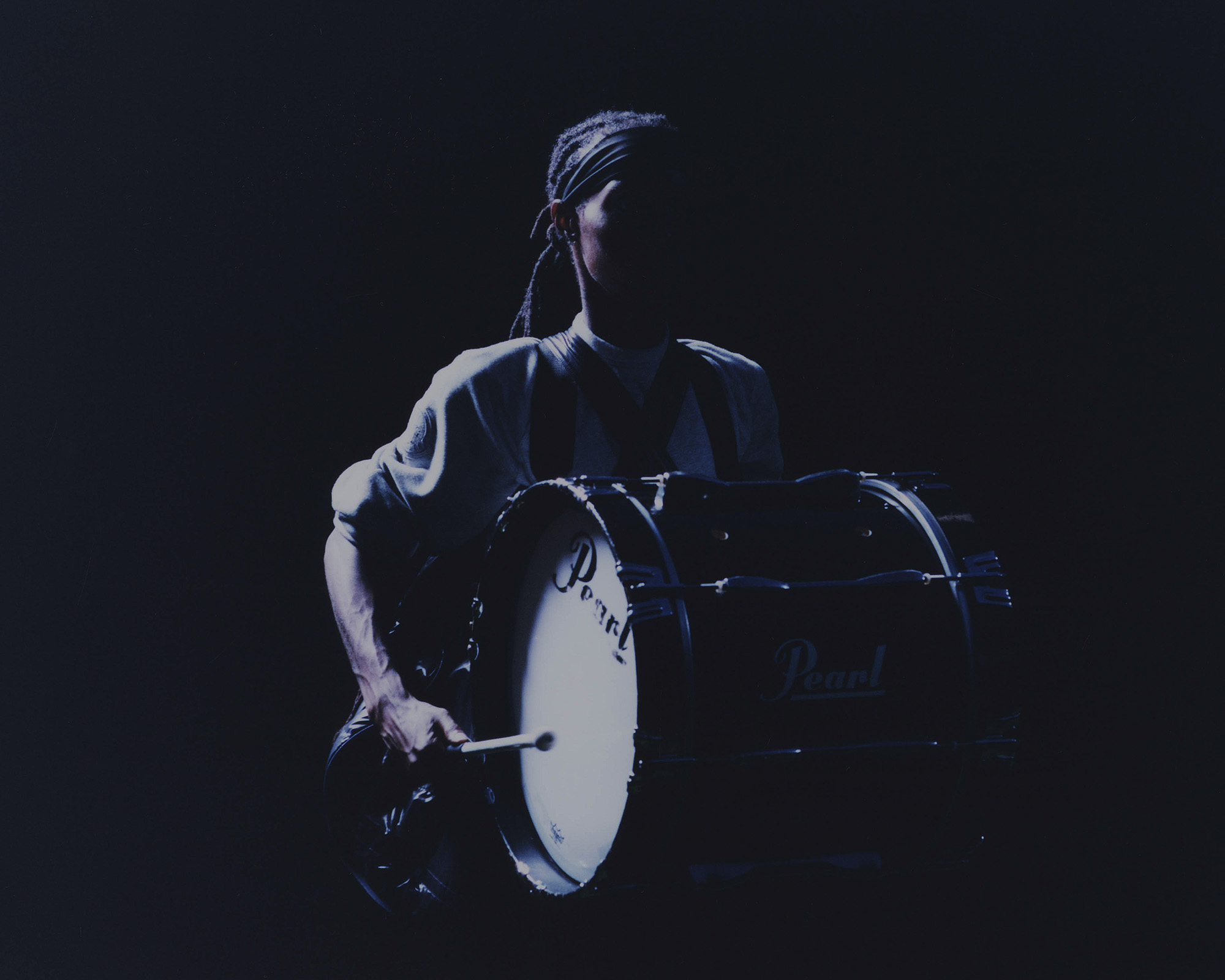 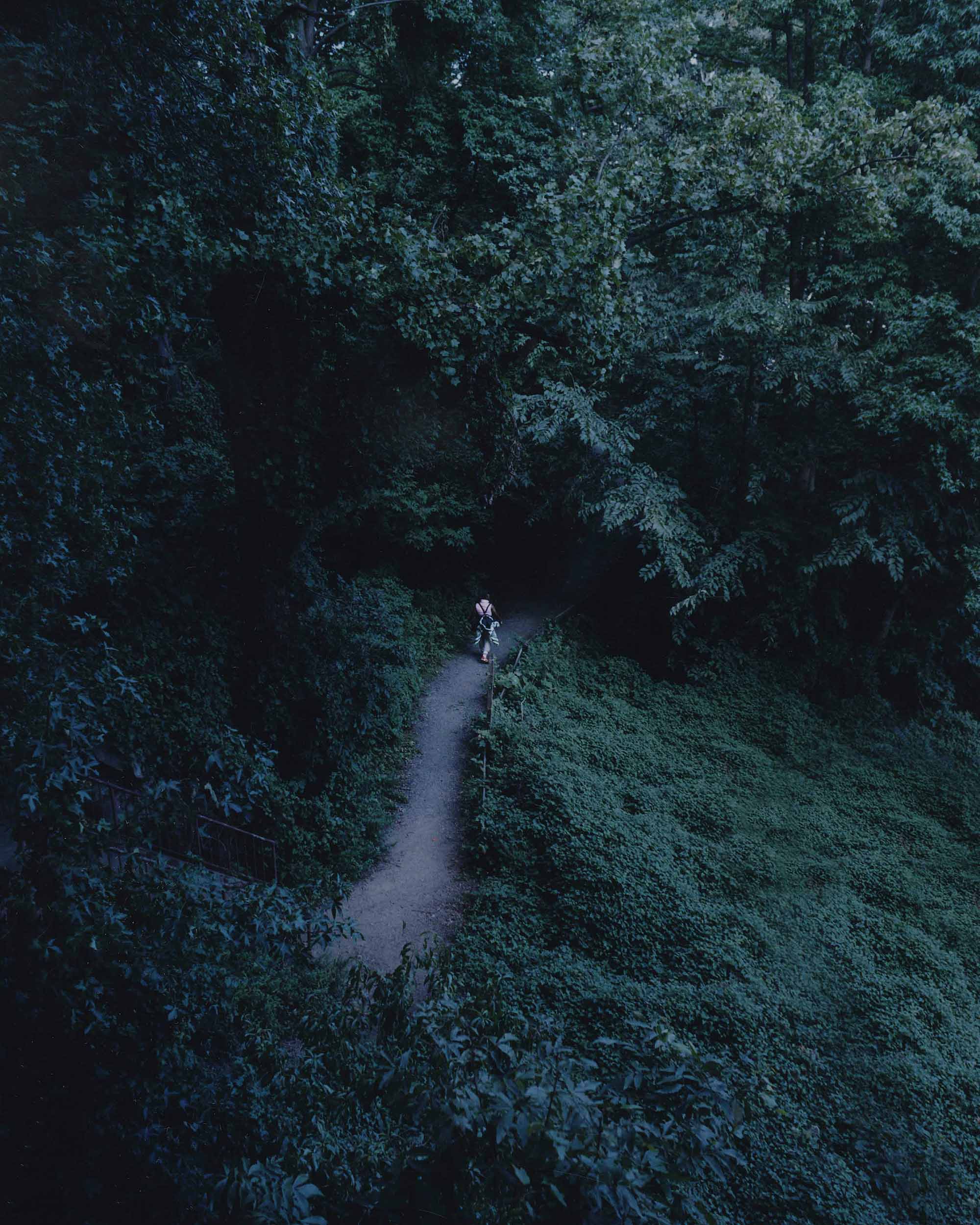