Daniel Lismore entered a self-imposed quarantine to discover his true path as an artist. This was roughly six years ago, when the masks in his possession weren’t modern protective gear, but some of the countless relics he’d gathered from his extensive world travels. At the time, Lismore was already a well-known figure in London’s fashion and nightlife scenes, having spent years working as a model, a photographer, and the creative director of the fashion label Sorapol, which had him dressing the likes of Nicki Minaj and Cara Delevingne. But ultimately, none of that was truly for him, and the question of “What now?” suddenly hit him hard.

“I locked myself in a room for days and I actually gave everything up,” says the artist, primarily known for the inimitable, distinctly eclectic ways he dresses himself. “I was at this point where I was wondering what the hell I should do with my life. I called my mum, and told her she wouldn’t hear from me, but that I was fine and just needed to figure things out. I turned off all the lights, the Internet, and my phone. I made a list of things I wanted to do, and the one I kept coming back to had me thinking, You could have been creating all of these artworks that you wear, with all of the items in your archives. That’s when I decided I should do an exhibition.” 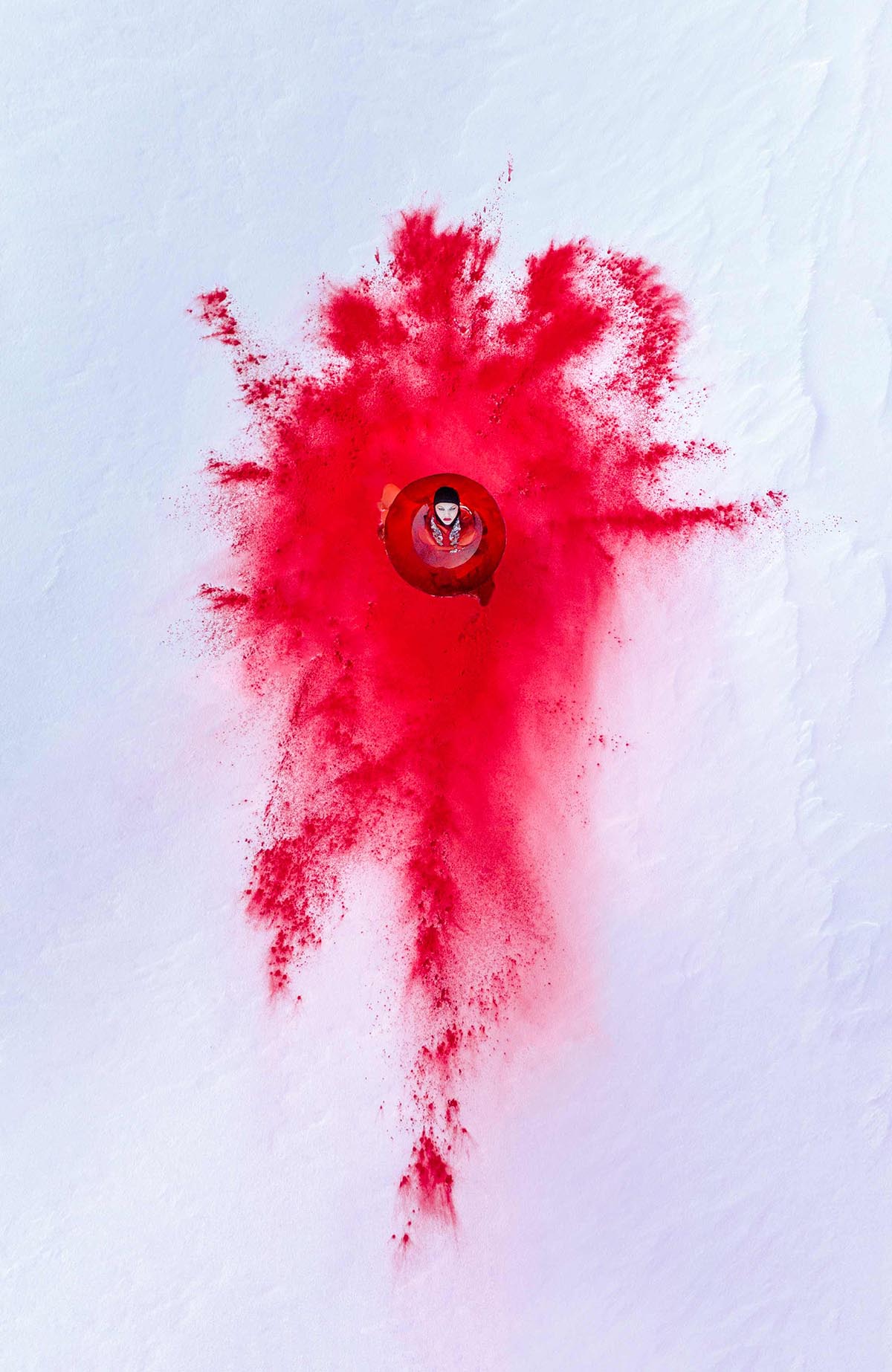 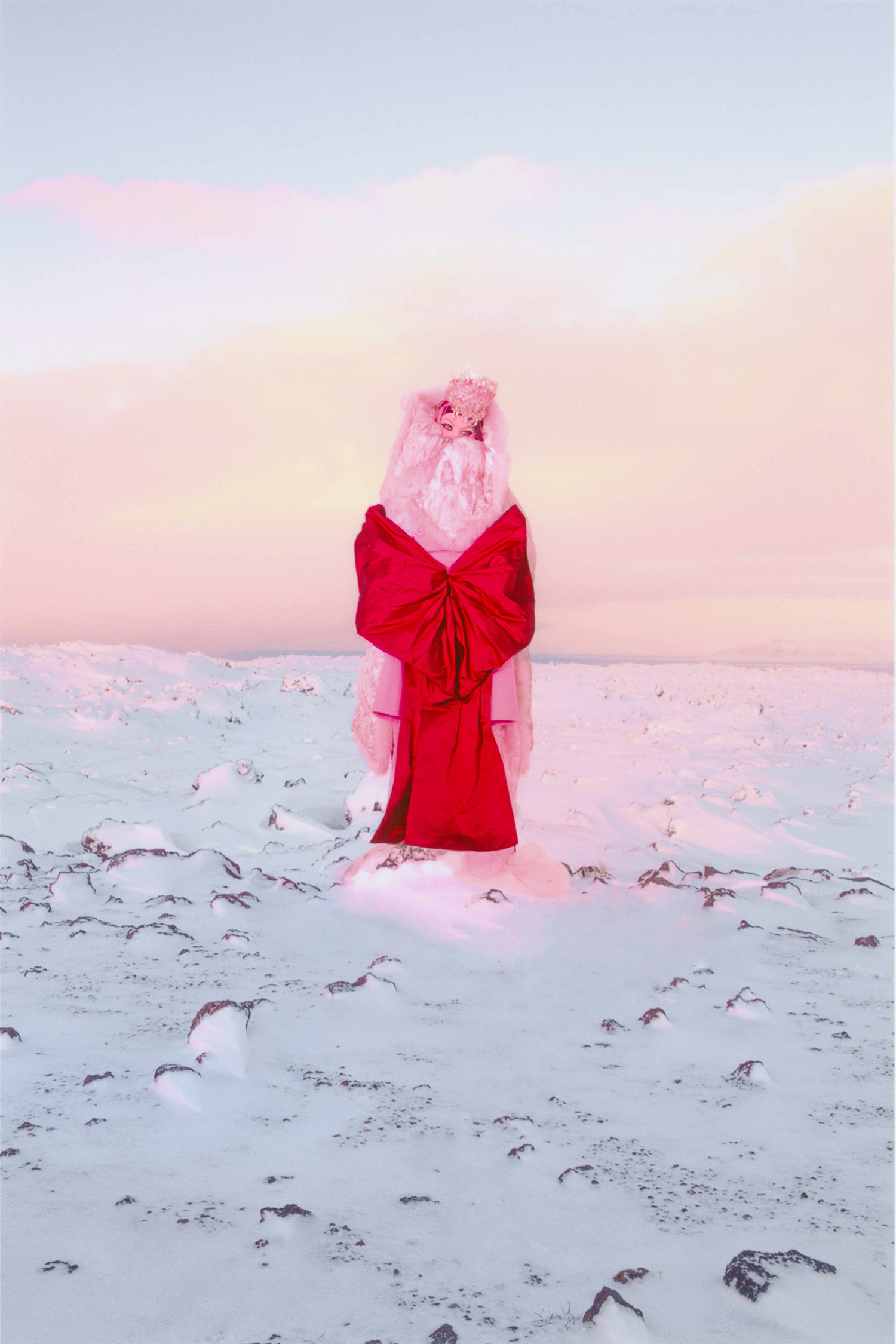 Albeit brief, this contemplative period of isolation marked the genesis of Be yourself, Everyone else is already taken, Lismore’s now widely celebrated solo exhibition. Its name was borrowed from an Oscar Wilde quote and its infrastructure was inspired by China’s historic Terracotta Warriors. Right after he emerged from the dark, Lismore presented his idea to his friend Rafael Gomes, a colleague of Vivienne Westwood’s and the curator of fashion exhibitions at the Savannah College of Art and Design (SCAD). “First [Gomes] said, ‘Okay, I’ll think about it,’” Lismore says. “Then he told me, ‘Okay, let’s make this happen.’ And everything else has come from that. It was then that I started to do everything on my terms rather than everyone else’s.”

Be yourself, Everyone else is already taken opened at SCAD Atlanta in January 2016. It featured 45 sculptures, each individually and meticulously styled by Lismore in his trademark array of found objects, haute couture, vintage fabrics, armor, jewelry, and cultural artifacts collected from across the globe. The exhibition was—and remains—in essence, a presentation of 45 Daniel Lismores, all of them carrying layered pieces of international art history on their backs (among other things), in a grand act of cultural appreciation, rather than appropriation.

“For me, it’s about finding beauty from all over the world, and kind of mixing it up and presenting it,” Lismore says. “Because if elements of culture aren’t shared, they can just end up in cardboard boxes somewhere, or worse, lost forever. There was a museum in Brazil that burned down, and everything that was inside of it is gone. If I find things, I try to find people from where they were made, and work for them and support them. It’s about understanding and appreciating something beyond what’s in your head, and if you go out and support these cultures, there’s a conversation to be had and an understanding to be found—it all becomes part of your own culture as a person.” 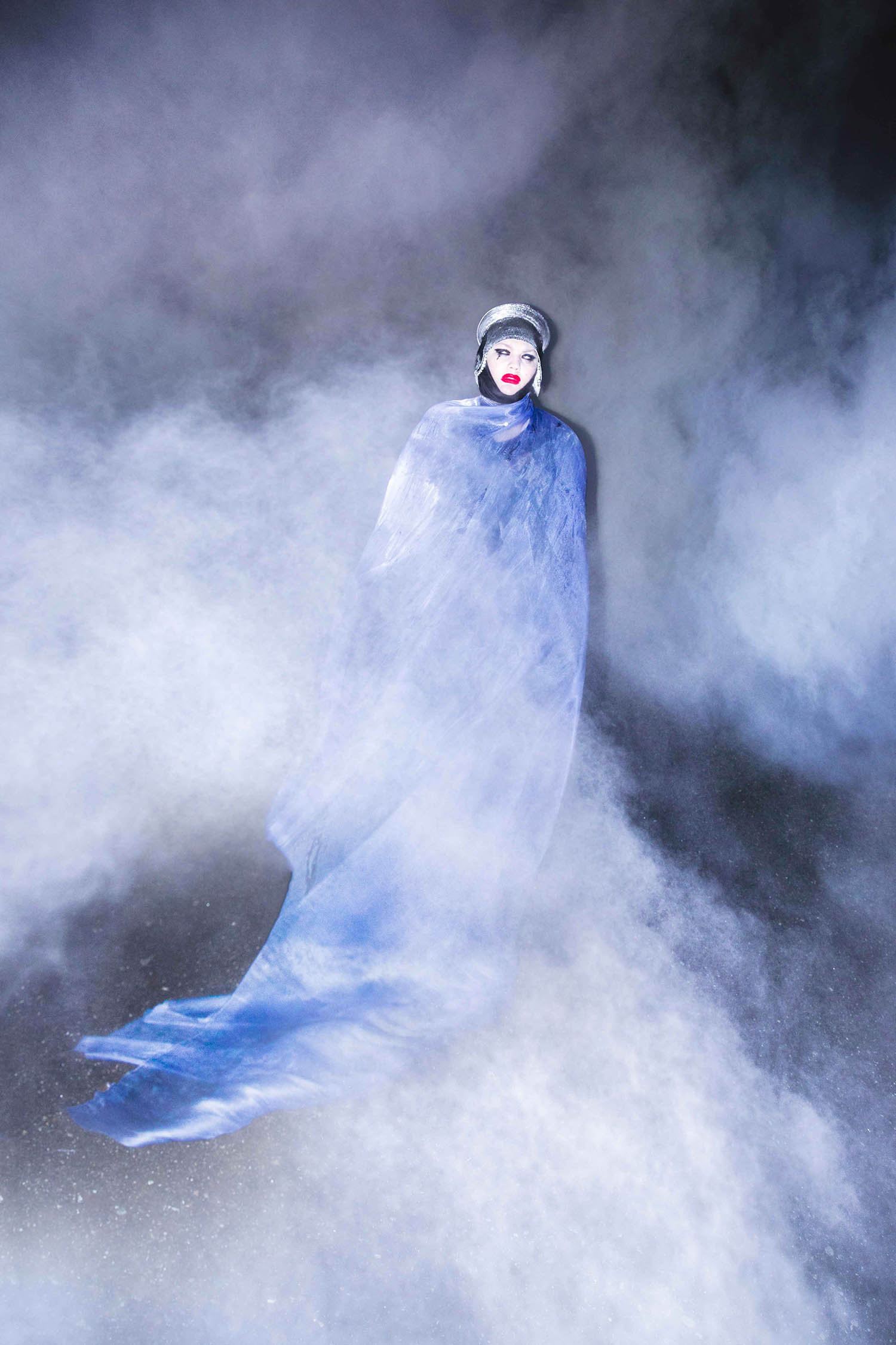 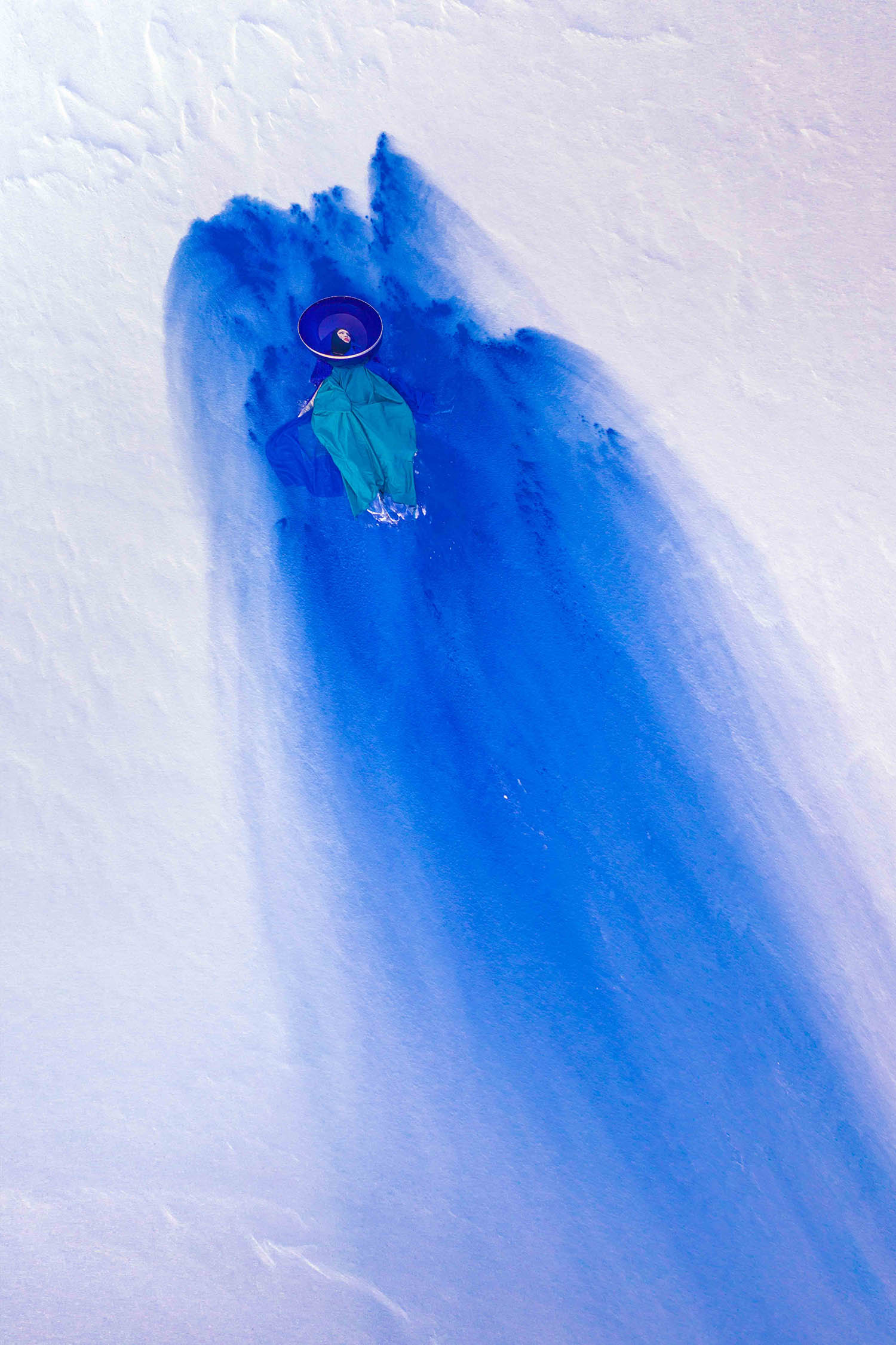 He continues, “Culture comes from other cultures all the time, and yet, if you look throughout history, there are so many cultures that have died out, just because they were never shared or never passed on. I have things from 2,000 years ago, some Roman and some Buddhist, which otherwise don’t exist anymore. I’m fortunate to be able to share them in museums, and present them with other things so people can walk around a sculpture and see 10 different worlds all at once.”

Since its debut, Lismore’s exhibition has traveled from Miami to Iceland to Italy to Poland, where it made its last stop before COVID-19 shut down the world. With each relocation, the 45 sculptures donned new dressings and took on new meanings, while retaining Lismore’s trademark aesthetic of globetrotting glam. The artist’s most remarkable memories seem to stem from the Iceland show, which offered testament to the value of his sharing and preserving culture. He invited a group of Syrian refugees to the Reykjavík venue, and they began to cry. “I couldn’t figure out why, so I asked a woman involved with the charity that worked with them,” he says. “She told me that they’d just seen something from home [in the show], which they never thought they’d see again. It was powerful.”

Outside of his exhibition, 2019 was something of a banner year for Lismore. Last April, he gave his first-ever TED Talk, which, if you didn’t catch in person, you may have seen on YouTube when it debuted in June. Aptly titled “My Life as a Work of Art,” the talk sees him tell the audience that his day starts just like theirs, with a glance at his phone and a cup of coffee, before a dressing ritual “guided by color, texture, and shape” turns him into what he’s known as: living sculpture. “Living as art is how I became myself,” he asserts, reaffirming that his off-the-grid confinement truly was about one thing: finding the confidence to be thoroughly honest. “I’ve found that confidence is a concept you can choose,” he says, “and that authenticity is necessary.” He then turns and poses questions to the audience, asking them, “Who are you?” as a way of assuring everyone that they, too, are capable of creating their own masterpiece. “Although my life appears to be a performance, it is not,” he says in a gentle voice. “I am art.” 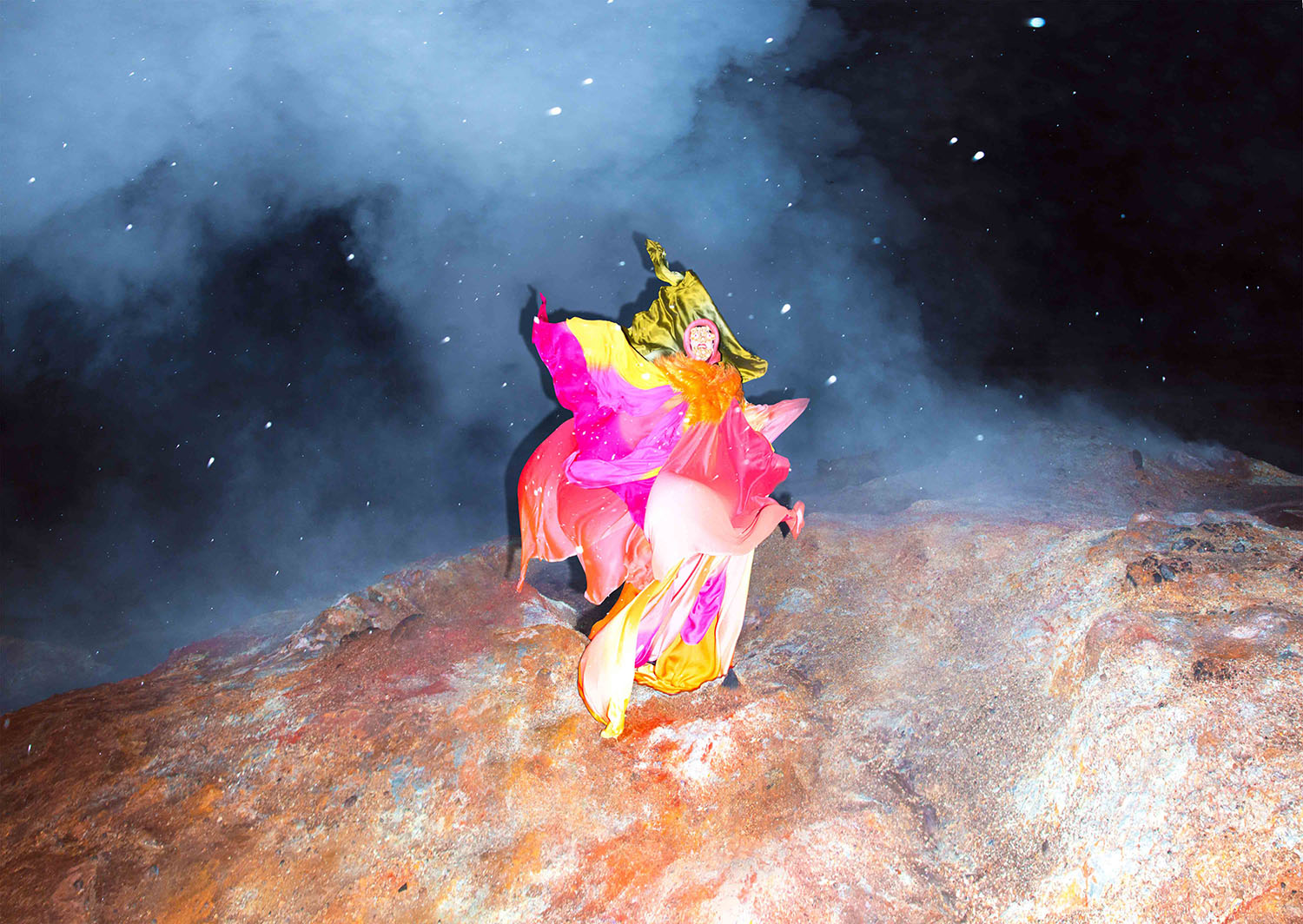 Last September, this walking work of art opened Naomi Campbell’s “Fashion for Relief” runway show at the British Museum, where he revealed the first costume from what would be yet another watershed project, and his biggest commission to date: designing and dressing all of the actors for the English National Opera’s (ENO) 2019 production of The Mask of Orpheus. This new venture was born, in a sense, from Lismore’s solo show. Daniel Kramer, former artistic director of the ENO, saw Lismore’s exhibition and called on him to do an opera, an undertaking that would require a year-and-a-half to mount, and, via a collaboration with Swarovski, involve more than 400,000 up-cycled Swarovski crystals. Roughly a year of that time went into simply discussing and interpreting how this iconic opera would be reimagined. “And then it went into production for six months,” Lismore says, “because some of the outfits took six months. Like the wedding dress in the show—it took six months to make.”

Lismore led a team of more than a dozen and oversaw all costuming for the opera. He brought himself and his true-to-form techniques to the project, including drawing from past cultures and reusing materials. “It’s a historical story, and it was all about considering history,” Lismore says. “I had to think about ancient Greece and where I could take inspiration from that. And then I was bringing it to the modern world. There were elements of what I’d done in my past and throughout my own work, and how I’ve put things together and turned them into something new and interesting. The use of mixed media was definitely in there.” Lismore didn’t run to fabric stores and garment shops. That which already existed, as usual, filled his canvas.

“I visited the ENO costume archive and I took existing garments and turned them into something else,” he says. “I tried to reuse as much as possible and consume as little as possible. There was also a lot of plastic in the show but the plastic was all from old stock. And then, of course, there were the up-cycled Swarovski crystals.” ENO’s 2019 production of The Mask of Orpheus was performed last October—for five nights only. “There were literally hundreds and hundreds of people working on this,” Lismore says. “It was fast. It was mind-boggling. And it was for five nights and there was so much work put into that. I’ve never seen anything like it.”

So, what does an artist—or piece of art—like Lismore do when the onslaught of 2020 puts a halt on travel, exhibitions, operas, runways, public talks, and countless other aspects of life as he knew it? “Every day has been a different project,” he says. “I don’t think I’ve ever been this busy honestly. It’s so weird. As a person, I’m understanding more about the world.” For Lismore, being busy these days primarily involves activism, the thing he seems to hold closest to his heart, but about which he is rarely public. In the past, he’s helped people and housing initiatives in the Amazon via charities like Cool Earth and New World International, worked with Vivienne Westwood on climate change efforts, teamed with Naomi Campbell in uniting the fashion industry for the greater good, and protested against fracking on social media and in the streets. In quarantine, he’s largely turned his attention to helping trans and queer folks any way he can. 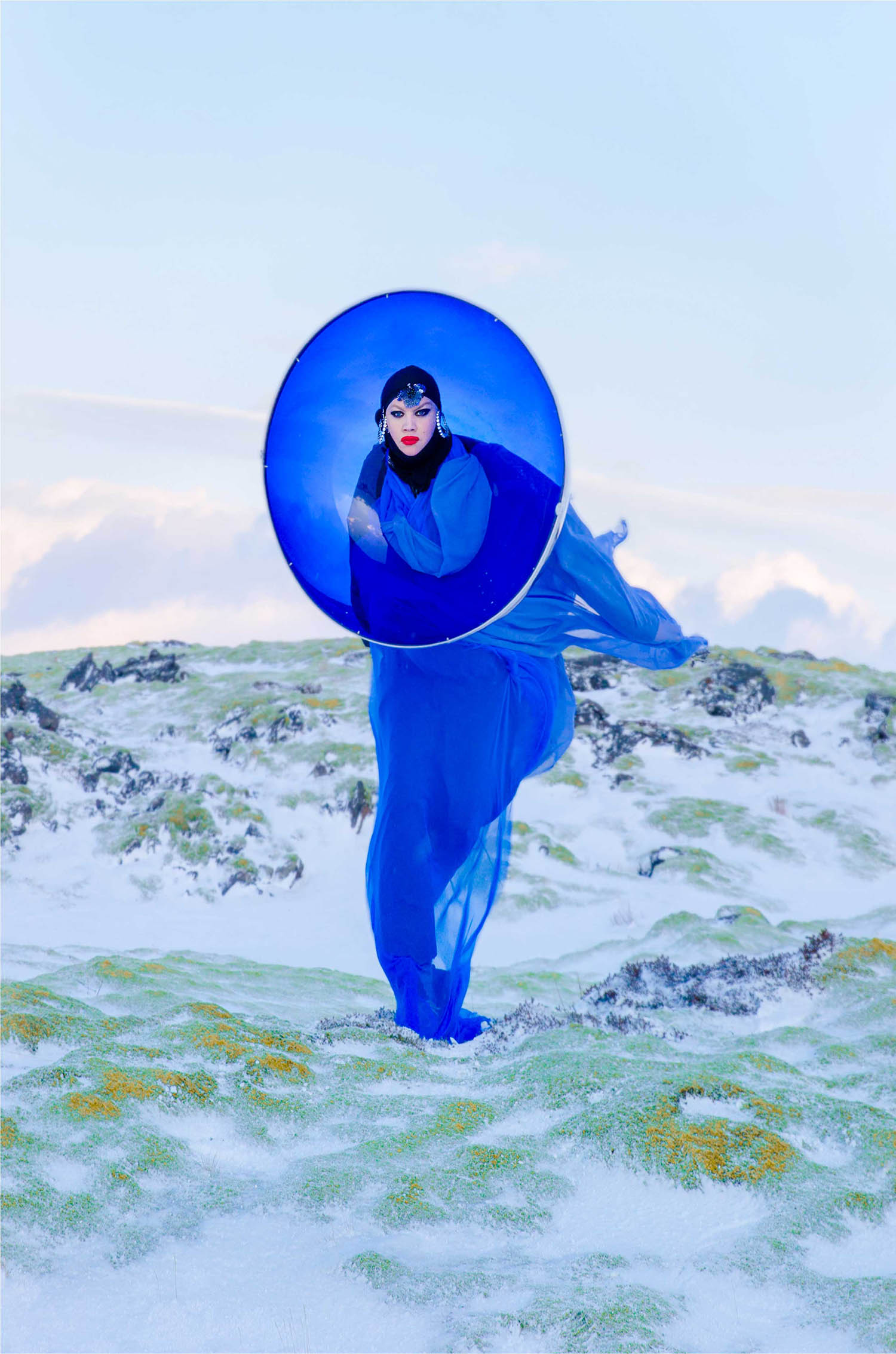 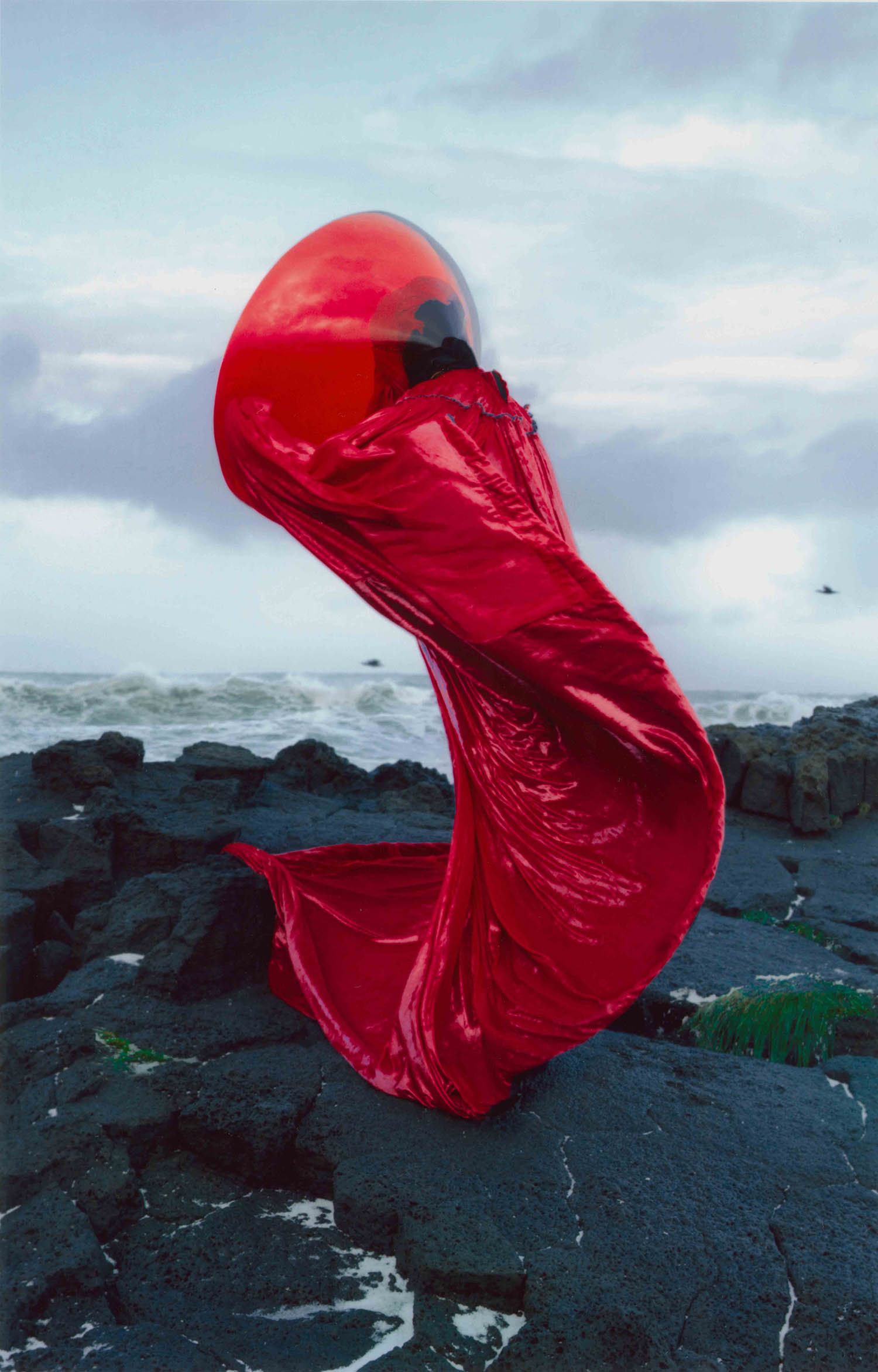 “I’ve been working with universities, fashion schools, art schools, and colleges all over the UK, doing online talks,” he says. “More or less, I’ve just been telling my personal story, because I’m speaking to people who are just struggling to be themselves. They’re from all different backgrounds, genders, and sexualities, but many of them are trans and non-binary, and there’s one group that meets every month online. It’s very enlightening. When I do talks, I like to present questions because I’m more interested in understanding the audience than having them understand me. I try to reverse it and make the talks about the people I’m speaking to. It’s been eye-opening for me.”

A member of the LGBTQ community, Lismore says he’s been galvanized to advocate for trans rights because of how contentious gender and gender identity have become in the UK. He mentions the polarizing, ongoing issue of the Gender Recognitions Act, which essentially threatens to deny trans people the right to be recognized as their preferred gender identity. He invokes the Trans-Exclusionary Radical Feminists, or TERFs, which have migrated from the US to become, as Lismore describes it, an “intimidating cult” in the UK. J.K. Rowling, he says, is just one example of someone who’s been “brainwashed” by this “cult,” and then used her platform to spread its ideologies on a massive scale.

“In the UK, there’s an argument over whether or not trans women are women, and there’s all of this bigotry and hate,” he says. “I’m doing everything I can behind the scenes to try to round up the troops. I’m trying to share information as best I can, trying to get people to sign petitions, trying to get people of note to call other people out, or at least trying to ask them to address these things in a non-bigoted way. And it’s bloody hard. Celebrities in particular are very scared of these TERFs. They’ve told me personally. I won’t name names, but they’ve told me that they’re scared about speaking out about trans rights.”

What Lismore can continue to do is speak directly to trans youth in his talks. He can sit down and have discussions with friends and family, not only about trans rights but about systemic racism and Black Lives Matter. He can do everything he can to help a friend in Iran who’s being imprisoned for being gay. And he can simply be himself. “When I give these talks,” he says, “I mainly go through my own negative experiences and tell who’s listening how I’ve overcome them—as a person, as an artist, or as whatever I am.” Even in this new quarantine that has stripped him of some of his armor and minimized his public displays, Lismore remains what he himself has professed to be: art. That which provokes, enriches, disrupts, and inspires. 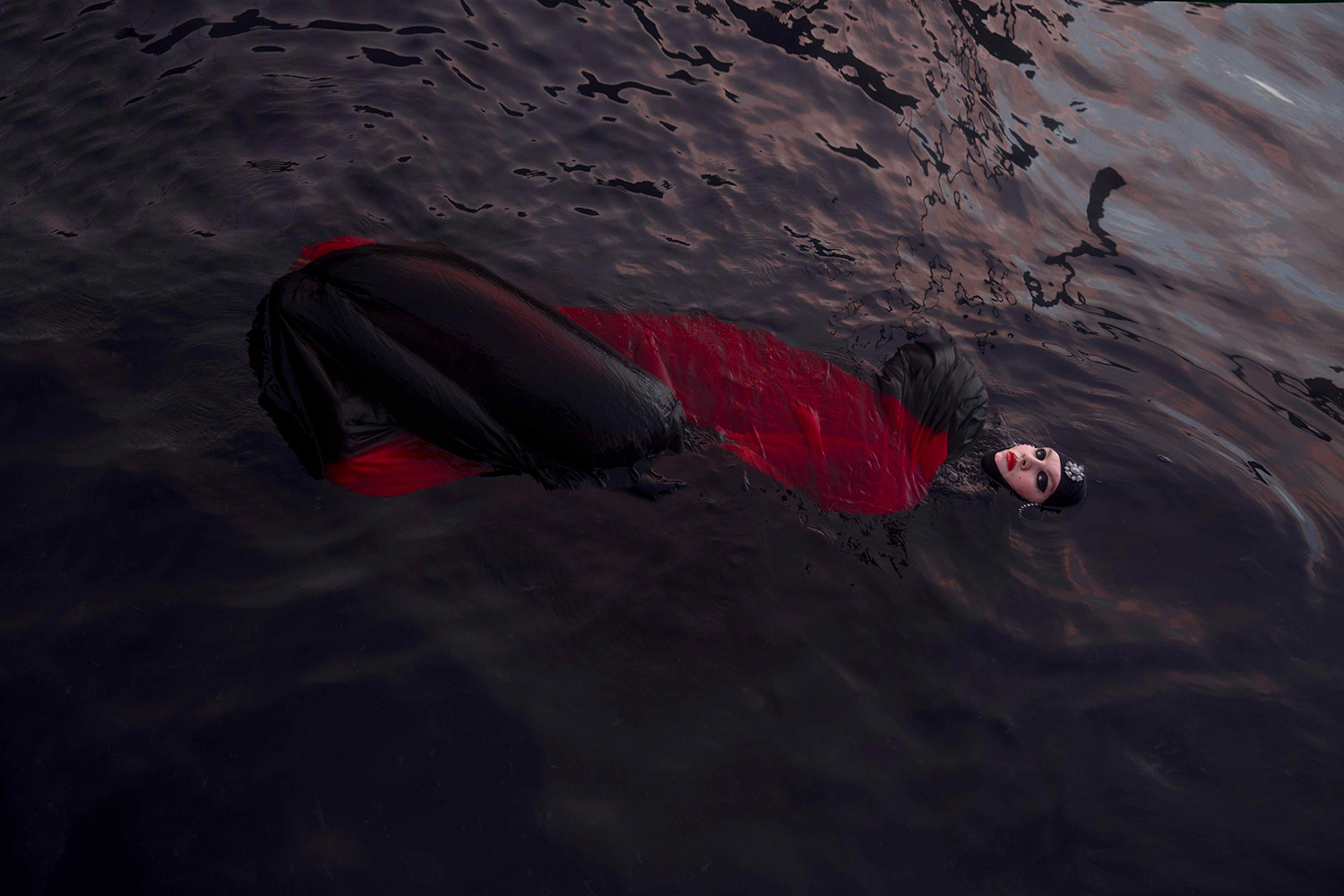 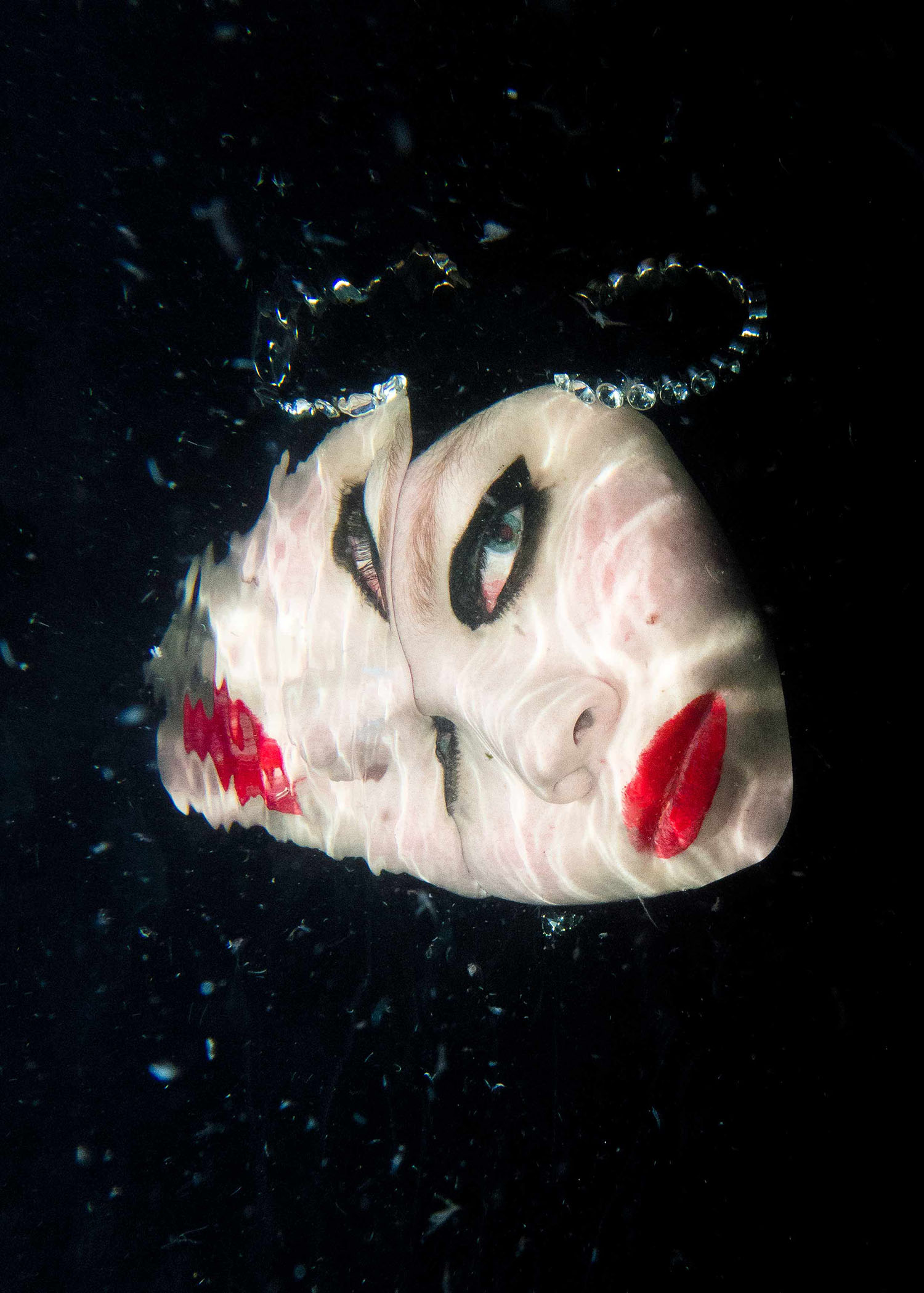 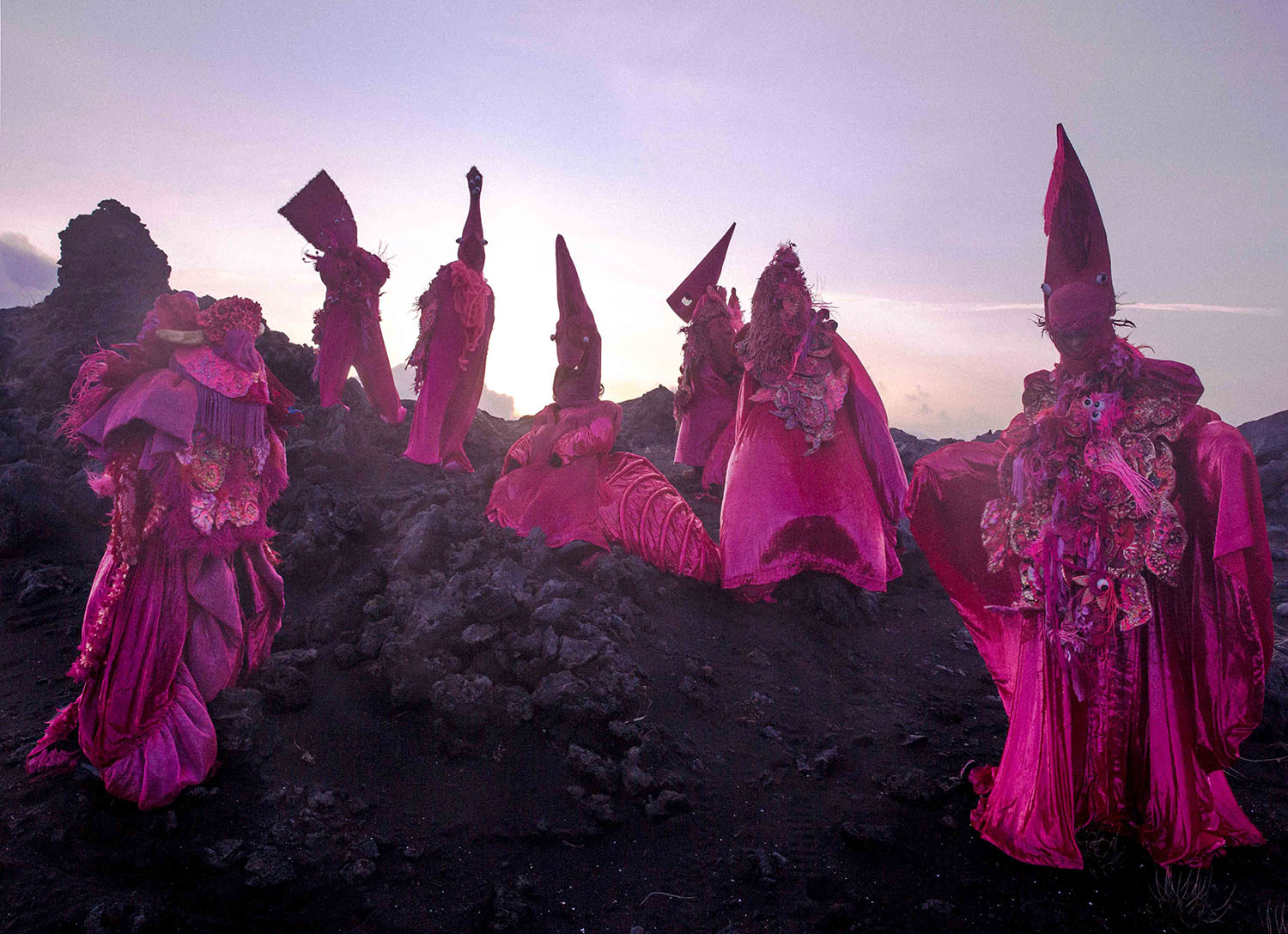 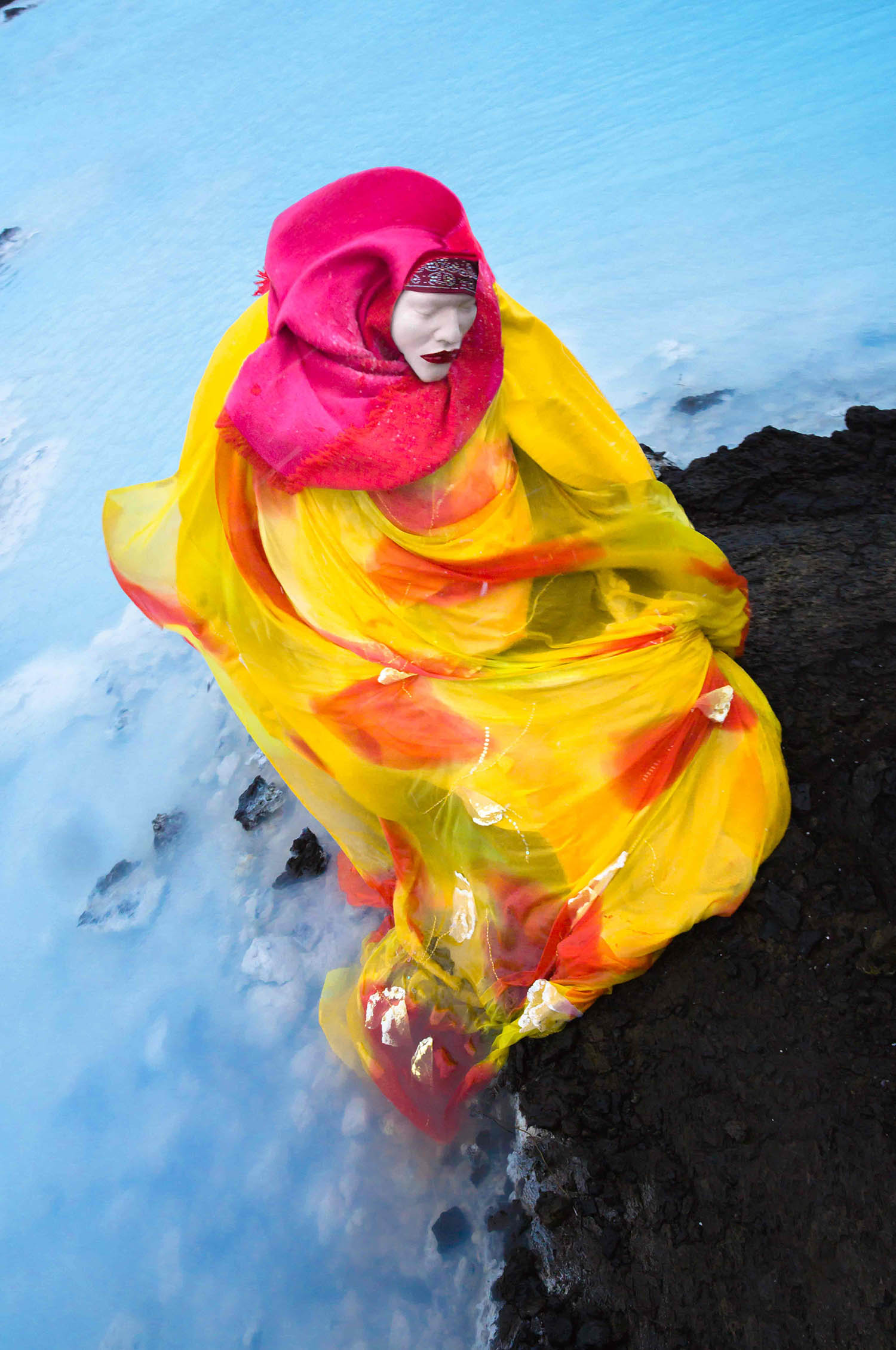 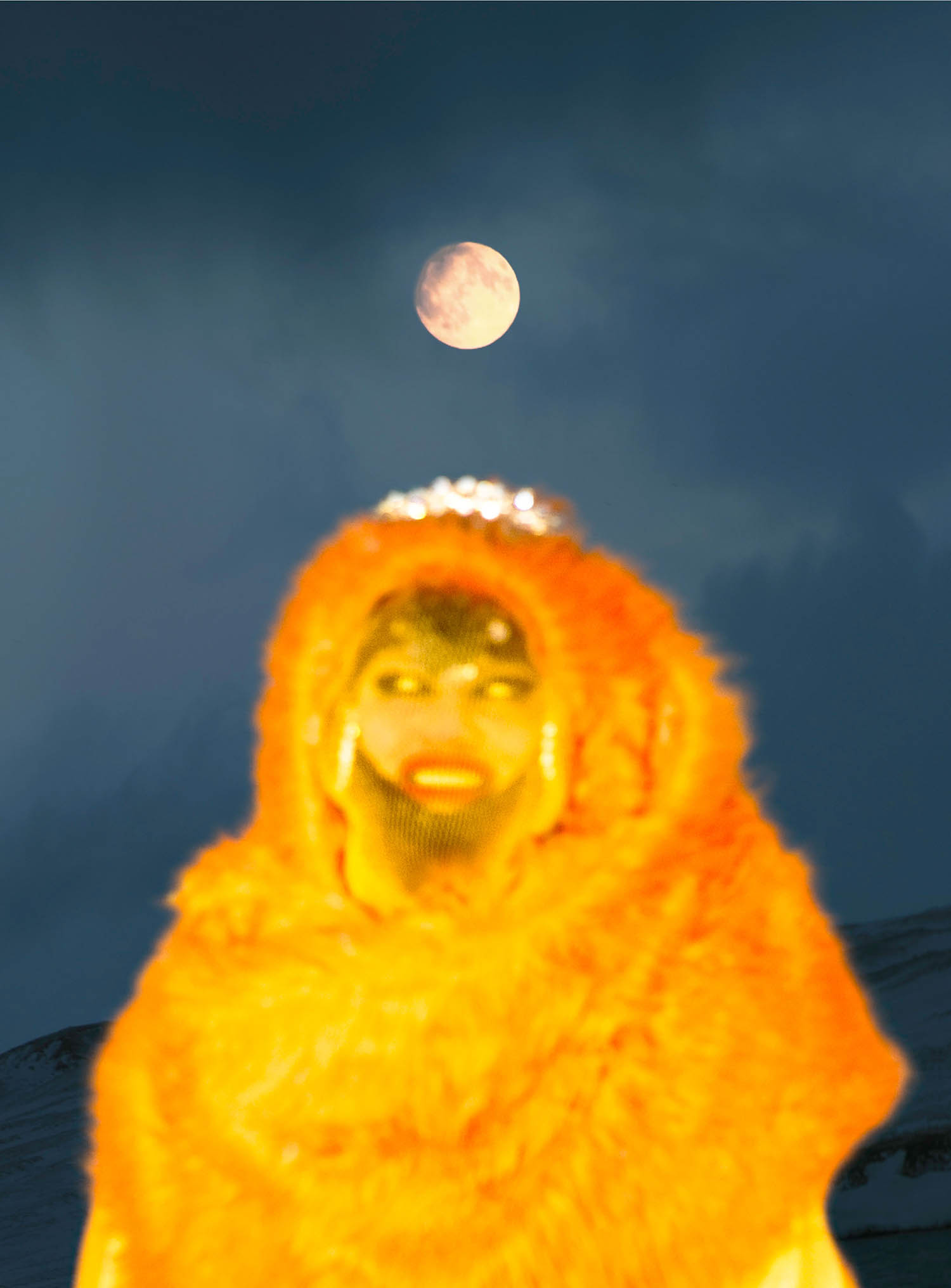