“The poems shift constantly between the specter of being ‘in love,’ this beautiful human phenomenon, and questioning romantic love as a site of social complicity that’s deeply socially ingrained and fucked,” she says in a recent interview with her sweetheart, the formerly incarcerated author Nico Walker. “In writing about romance, I am aware that my interiority is completely tied to imagining the other. In one poem, I say, ‘I give you the self I can’t see/god if that’s all romance were/how easy it would be.’” That notion that some part of your soul can only be seen through the other or through god.”

Ink Dark Moon by Ono no Komachi and Izumi Shikibu
A thousand years ago, in the Heian court of imperial Japan, almost every celebrated literary genius was a woman. This book contains the poems of two such women. In Heian society, poetry was integral to romance, like a precursor to sexting, seduction began with a poem, and if the poetess decided the lines were sufficiently intriguing, this would set off a clandestine meeting. After spending a night together, she would make a poem in response. These are true poems of desire, longing, and love.

Seminar XX: Encore by Jacques Lacan
Of course. Of course this text. This is where we get into jouissance, into the lack that always exists in desire, highlighting the room for another. Moreover, the secret imperative in desire, that reduces the world to not being enough, pointing to an excess beyond it. The place where the loved one belongs is utopia (the place that is no place.) The loved one is the one you don’t know where to put, because it belongs in you more than you. Lacan talks of extimacy (something external that is as you as the intimate) and Barthes in his Fragments describes the loved one as the atopos (the one without place). I know it’s depressing, all that business of love being “giving something you don’t have to someone who doesn’t want it” but it’s somehow also seductive to read with a lover, early on in courtship. Acknowledging love’s doom and yet still going for it.

Astragal by Albertine Sarrazin
I randomly picked this novel up at the right time in my life, a love story about a pair of escaped ex-cons. A tour de force about the way criminality ties lovers, it became a complete obsession for me. It’s a story about the highs of heterosexual romantic love and its rock bottoms, how this love is always a sort of prison. What makes the novel especially curious is that the protagonist Anne and her lover Julien are based on the writer and her real-life husband, Julien Sarrazin, who were incarcerated together at Amiens prison.

Marine Lover of Frederick Nietzsche by Luce Irigaray
A philosophy PhD I fell in love with introduced me to this book by teaching a private course for friends on this text in his Williamsburg apartment as a dedication to our then budding affair. The relationship didn’t work out but this poetic philosophical text is forever. It’s addressed to Nietzsche, an interrogation of a man she says fears water, the book flows, reading as if a personal letter to a lover. Supposedly Irigaray was working on a book for each of the four elements, her book about Heidegger is called The Forgetting of Air, and it’s rumored an unpublished book on Marx is fire.

Crush by Richard Silken
This is mostly to say, who has it? Where is my Crush? If it’s you who I ketamine-lent this book to, please keep and read it. A modern classic in the poetics of desire. There’s even a Twitter bot that tweets Silken lines every hour.

Inner Experience by Georges Bataille
Lacan (who would later steal Bataille’s wife) said something along the lines of… “one is always the same age.” Perhaps I am forever teenaged in that my favorite first line of any book is from Bataille’s Story of The Eye, from memory, “I grew up very much alone and afraid of anything sexual.” But I’m such a Bataillan-ass freak, I can’t choose which to include here—Madame Edwarda, My Mother, Blue of Noon, Eroticism, so I am going with my favorite. Inner Experience is a philosophical text on “The Limit Experience,” a type of living that approaches the limits of intensity, leading one to a mystical state. Who would’ve guessed? Sex and desire can lead one to the limit.

Cities of the Interior by Anaïs Nin
In another life, before I became a young divorcee, I spent countless hours in bed reading and re-reading Nin’s continuous novel. Lines from it are as burnt into my consciousness as the wall of that bedroom, that blank wall I stared at feeling, as I often did then, that I was disappearing. I’d pick the book up, put it down, finish it, then start it over again. From a lesbian love scene: “She wanted to return to this early self. And Lillian wanted to enter this labyrinth of knowledge, to the very bottom of the violet wells.”

The Songs of Bilitis by Pierre Louÿs
A lover lent me this book and I lost it in Florence where I was staying with two girlfriends on some rich man’s dime. In a fortuitous series of events, the rich man and I fell out and, as if role-playing the three fates, we got to stay in the renaissance palazzo without him—reading, lounging, always naked, lounging, reading these poems. Written in the refined sublimity of Sappho, Louÿs always claimed that he had just found the texts and translated them from ancient Greek. Bilitis in her voice tells her of her development in three arcs: her idyllic childhood, her teenage homosexual love, her life as a courtesan. A cult underground text, The Daughters of Bilitis, took the name for themselves by founding in 1955 the first lesbian civil and political society in the United States.

The Men by Lisa Robertson
Lisa Robertson is possibly my favorite living poet. I got into this book this past Spring. It opens: “Men deft men mental men of loving men all men/Vile men virtuous men same men from which men.” When I first read these lines I loved it so much that I threw the book across the room. I can’t take it! I cannot! Her grasp of language ignites me. “To speak of men is no trifle/ they are both sublime/ and Beautiful delicate/ and copious rolling and touching/ And rubbing against one another/ In their most serious actions/ But nothing makes them men/ But their word in the new-found world.” 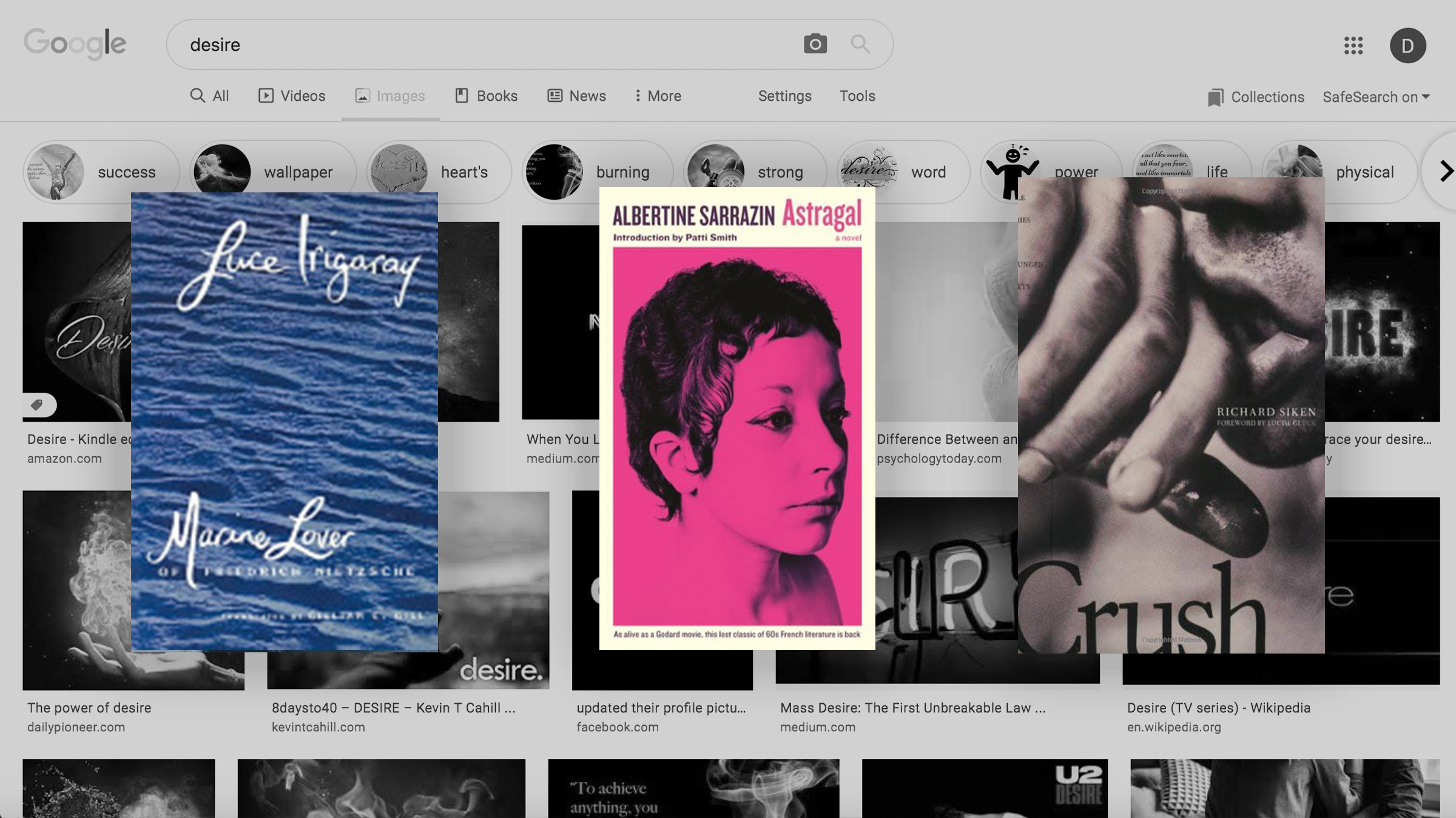