‘I design for people who are more interested in style rather than fashion’: Groover joins Document to discuss her timeless approach, working with Alexander McQueen, and the enduring impact California casual

Alexandra Groover collaborated with Document’s Creative and Fashion Director, Sarah Richardson, on a custom piece—a luminous yellow dress with imaginatively placed cut-outs—for our Spring/Summer 2020 editorial with Mario Sorrenti. In an editorial about folklore, Groover is a natural fit. When asked what informs her practice, the designer concisely reported, “People, being outside in nature, mankind’s universal need for mysticism or religion, and how it is expressed in art.” Designing with style and substance in mind, Groover skirts the trends, instead opting for a more comfortable and timeless approach. Document sat down with the Californian living in London to discuss how she got to where she is, working under the legendary Alexander McQueen and Zandra Rhodes, and finding a mentor in Sir Paul Smith after wandering into his curiosity shop.

Shawn Lakin: How did you get started designing?

Alexandra Groover: One day while digging in the hall closet, I discovered my mother’s avocado green Sears sewing machine along with a box of clothing she’d made in the ’70s. I was 10 years old at the time and I was so amazed that she was able to make her own clothes. I immediately wanted to learn too, and I haven’t stopped since. At first, I just started sewing without much knowledge, which resulted in somewhat lopsided items of clothing. That was when my mother decided it best to book me a sewing class. And here I am now.

Shawn: Do you think your Californian upbringing plays into your design at all?

Alexandra: Absolutely. I spent all of my childhood either in our garden or on the beach. I have always been fascinated by natural sciences and the outdoors in general. In fact, a lot of my early work was inspired by seashells, as well as my observation that I—and most people in San Diego—live in hooded sweatshirts. It’s never usually cold enough for a jacket, and you can tie a hoodie around your waist when it’s hot in the day, and eventually put it on and put the hood up when it gets cooler in the evenings. When I moved to the east coast to go to RISD [Rhode Island School of Design], I was cold all the time because I didn’t have many winter clothes. I ended up wearing multiple hooded sweatshirts at once and loved the sculptural effect they created when worn layered up. This multiple hood and drawstring idea inspired my first collection. 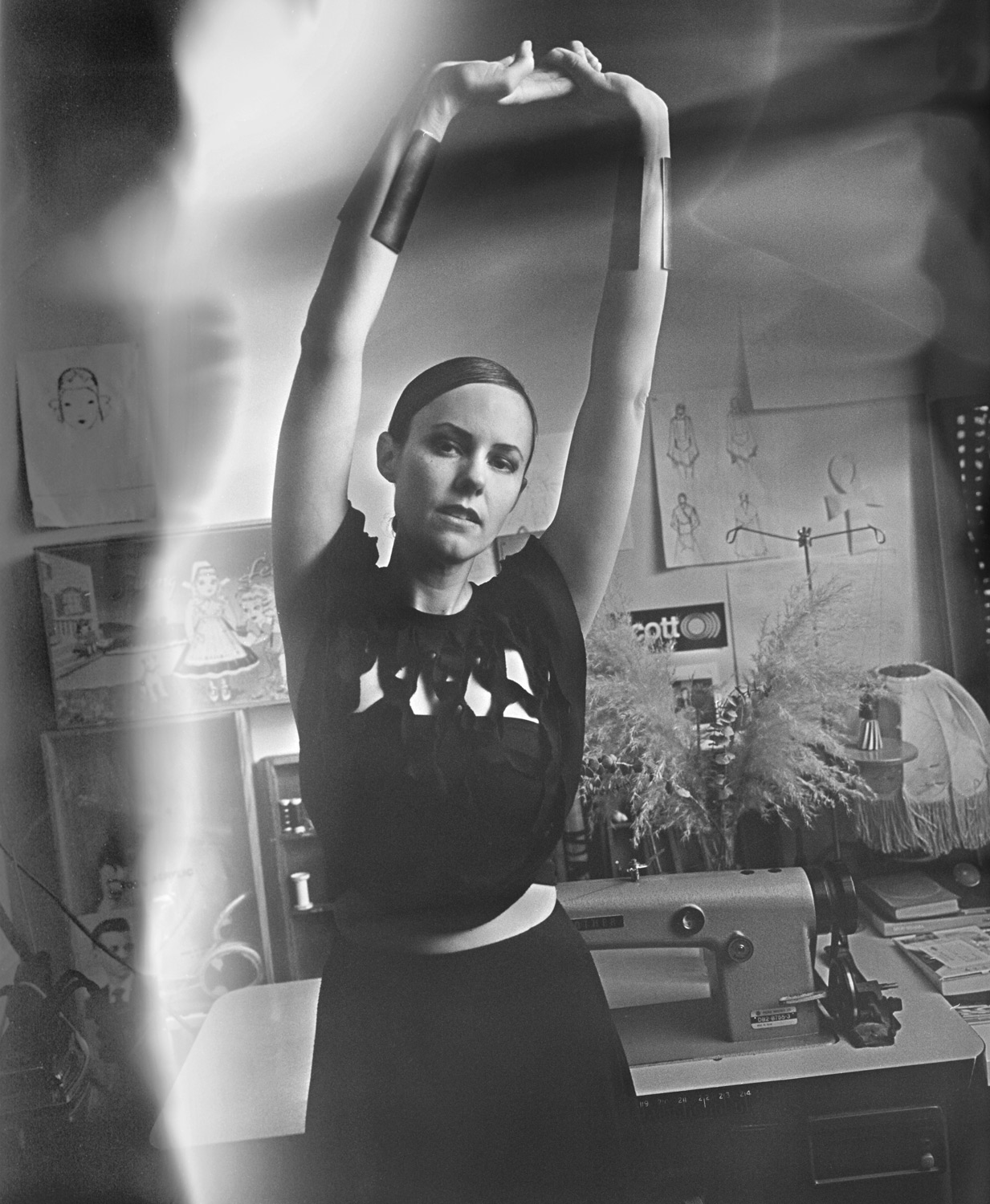 Shawn: How did you meet your mentor Paul Smith? Tell us about that relationship.

Alexandra: At one point in my career, I was working and traveling non-stop for a person who had no interest in their own business and was letting it fall to pieces. Then I had to take time off to have a minor surgery. I’d reached the end of my threshold with that job and quit on a whim, taking the first job I could find. I walked into a curiosity shop that Paul Smith had just opened and Paul himself was there and said I could work there. I wanted a low-pressure job that would give me the time and headspace to start my own brand. It was perfect for me at the time, as I was surrounded by an intriguing collection of art, antiques, and furniture from varying decades and countries. Paul was very excited about this new venture and spent a lot of time in the shop with us, which was great for me. I got the opportunity to speak to one of the biggest living fashion designers in the world on a regular basis. He was very kind and friendly and often gave me advice, and even featured me in a shoot he did for i-D magazine.

Shawn: Who do you design for?

Alexandra: I design for people who are more interested in style rather than fashion. People who want timeless, sophisticated, elegant pieces that are also ethically produced. I also often design for comfort, because I like to dress up, but I also love when I can attend a formal event in a gown that is as comfortable as pyjamas.

Shawn: If you could see anyone in your clothes, living or deceased, who would it be?

Alexandra: Oh, there are so many. Fortunately, I’ve already had the chance to dress several of my favorites. I have not yet dressed Lisa Gerrard of Dead Can Dance or Diamanda Galas. I would love to dress them both. I also really like Missy Elliott. When I was a kid, the mainstream famous rappers were all men, it was nice to hear a female voice and perspective. As for the deceased, there are so many too. I do love Louise Brooks and Eva Hesse. I’d like to think they’d like my clothes as well.

Shawn: What was it like working at Alexander McQueen and Zandra Rhodes? What was your biggest takeaway from that experience?

Alexandra: I was lucky enough to land in London and to have those experiences so early on. Zandra’s love of color was a great thing to witness. A lot of the screen printing and making was done in-house, so it was really fun to see every step of the garments from start to finish. I had moved to London to attend Central Saint Martins for a term abroad, and Zandra and her team kindly allowed me to be involved in many big projects and learning opportunities while I was there. I got to do [research and development] for her new Topshop collaboration, as well as being on the design team for a set of costumes she did for a production of Beauty and the Beast at the Peacock Theatre in the West End. It was great to be in a studio that was set up in a way that I wanted to eventually have for myself. It was also my first introduction to how chaotic and fast-paced the world of fashion can be.

Again, with Alexander McQueen, I was grateful to have been there while Lee was still alive. There were so many magical things happening in that studio. He was busy creating all of these beautiful things and I got to witness a lot of that. But tensions were also always high and the working hours were draining. Lee was under a lot of pressure to blow people’s minds every six months. At that time, the entire fashion world was looking to him for inspiration, and that was both an honor and a huge stress to him. Although Lee was an incredible genius, I do think that the high-pressure work environment was unnecessarily unhealthy for everyone there. I learned that if I were to start my own brand, in addition to making beautiful and meaningful work, I’d put sleep and health high up on the priority list. 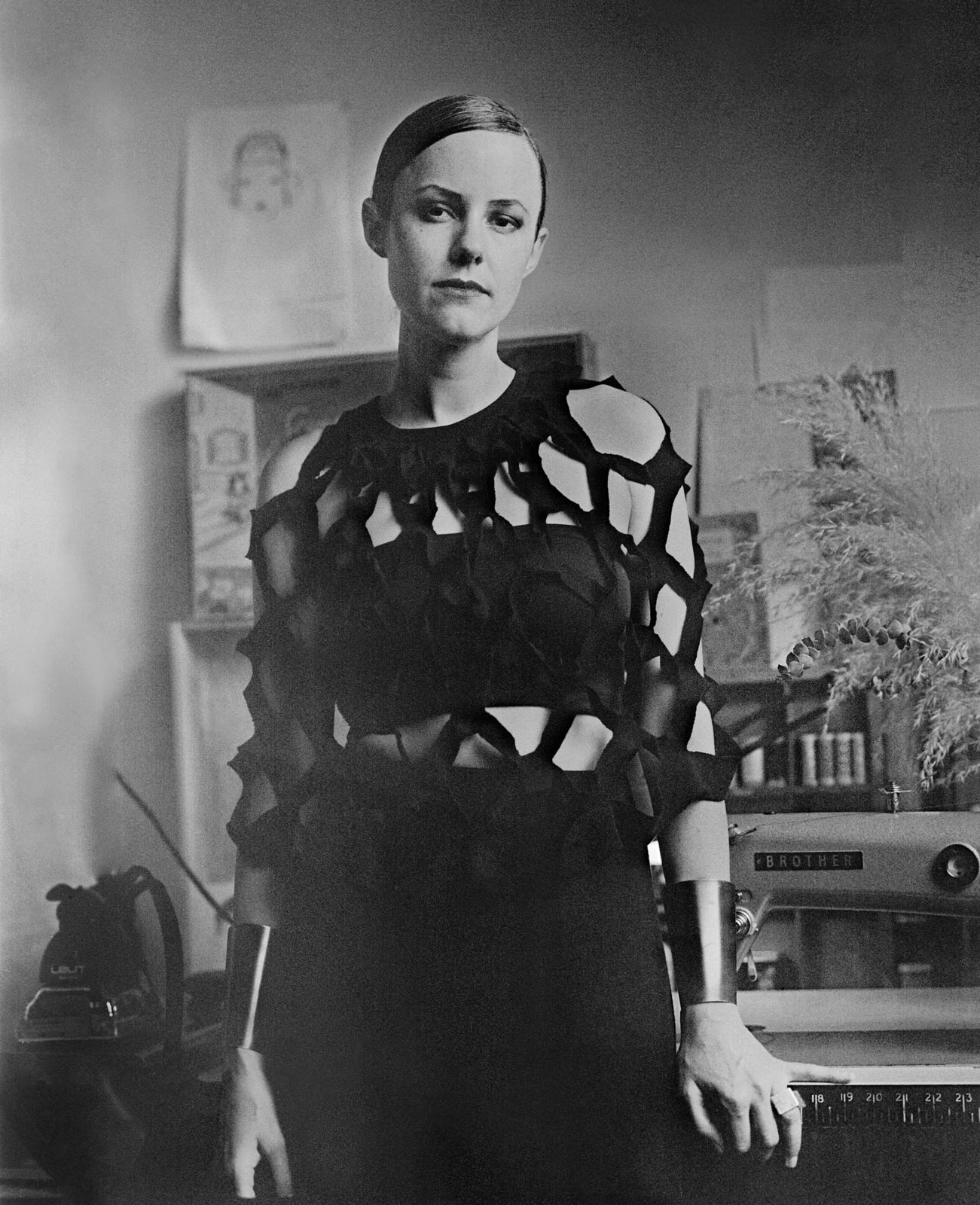