Charlotte Day Wilson finds a rhythm in the unfamiliar

Charlotte Day Wilson has taken up tennis. The Canadian singer-songwriter and producer has been looking for non-musical outlets during the pandemic, different ways to keep herself balanced and grounded. “I’m not very good,” she says, “so my rhythm is janky, but I still do understand that, I don’t know—there is a rhythm to it.”

Rhythm dictates the music she makes—her catalogue thus far includes two acclaimed EPs, and multiple featured spots on tracks by heavy-hitters like Kaytranada and Daniel Caesar. It’s unsurprising to me that the language she uses to evaluate her tennis-playing mirrors her assessments of recording on a reel-to-reel versus digitally: she explains the difference to me with words as well as with her hands, creating a flowing wave motion to demonstrate how distortions sound on tape (“there are literal particles that will smooth [it] off”) in comparison to digital music, which she shapes as a trapezium, static and unswerving. “There is a quality to recording on tape,” she muses over Zoom, surrounded by the light architecture of her white-walled and blonde-wooded Toronto home. “You can do way more, and you can make mistakes.” 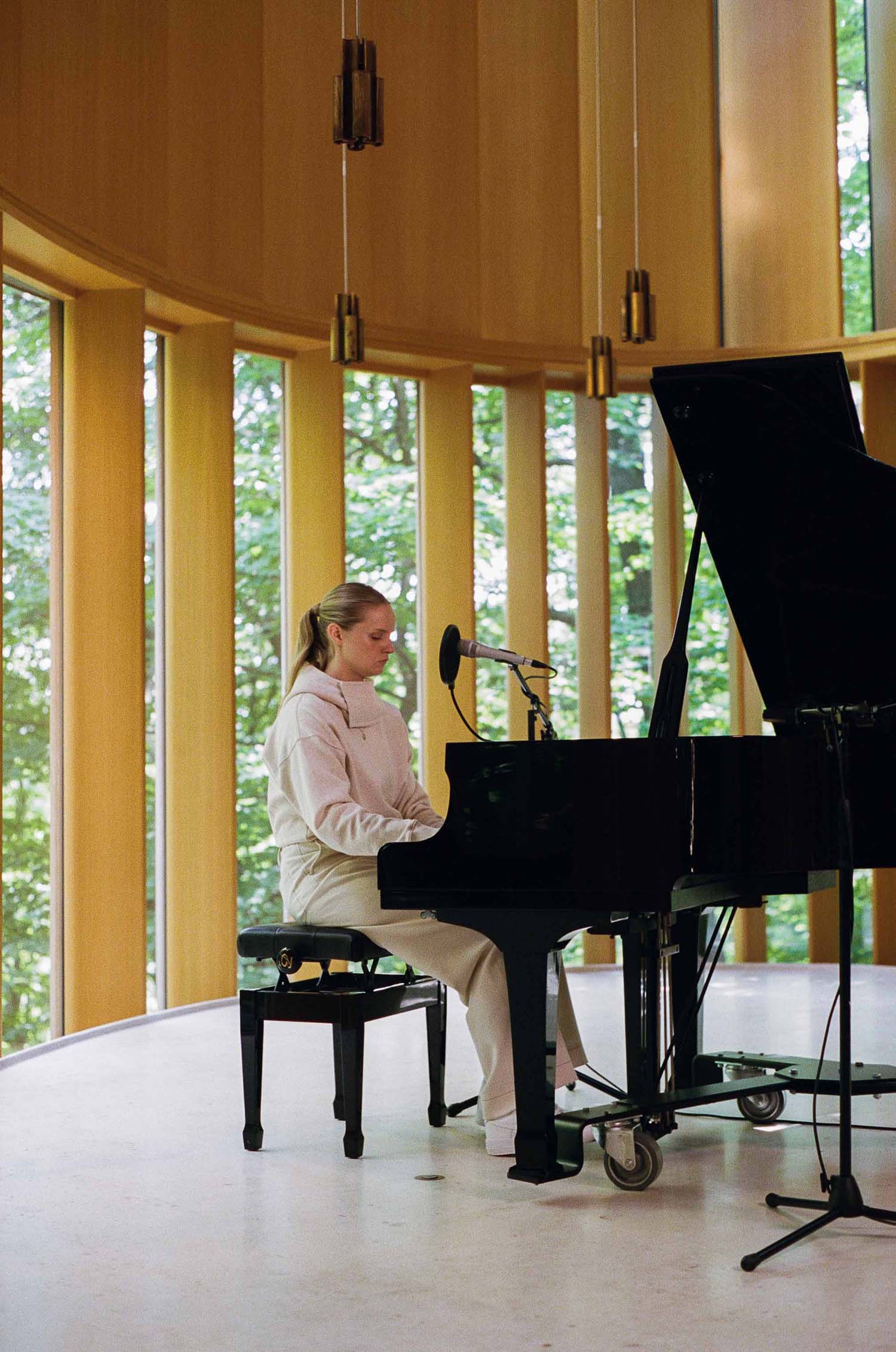 Wilson’s songs are plaintive and open, carried by the tenor of her voice—rich, smokey, and smooth, textured like the depths of the ocean—and the wisdom they project. “I’m always trying to tow this line between something that’s completely honest and true to what I was feeling, but can also go beyond [that],” she notes. Her debut EP CDW, released in 2016, hit that pressure point so well it felt effortless: tracks with generic titles like “Work” and “After All” were at once revelatory and entirely familiar, gospel and soul-imbued R&B pop melodies tethered to the nostalgic past and the blistering present. 2018’s Stone Woman was darker, more melancholy, a distillation of a relationship’s end.

Last month she released two singles—“Take Care of You,” featuring Syd, and “Summertime,” signaling a departure from her earlier efforts. The songs are acutely intimate as ever, yet there’s a more pronounced embrace of modern production and genre; R&B-forward, less jazz-inclined. The temperature shift had me thinking that Wilson must have written them sometime after March, when COVID-19 upended life as we knew it and the world sheltered in place. The tracks were in fact completed sometime last year, but my instincts—that the pervasive tone of desire and longing was a gesture outwards, a yearning for a world beyond isolation—were somewhat on the money: “I [wrote them] at my [family] cottage by myself,” she says. “It’s a really scary place to be because there’s no service. You could die, and no one would know.” 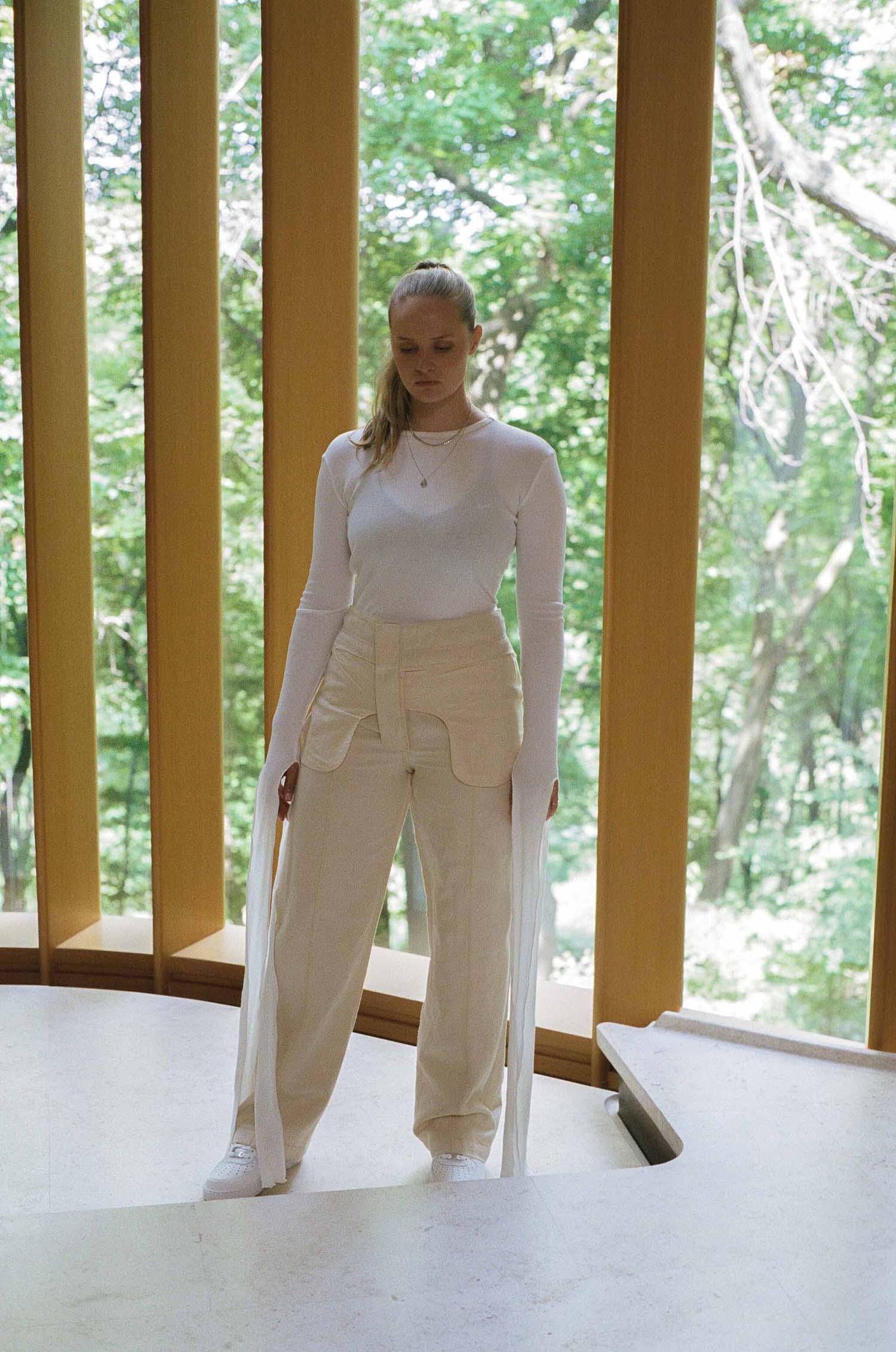 2020 has naturally been a weird and unsettling year for Wilson, marked first and foremost by periods of Sisyphean listlessness. “I was actually extremely bothered by this online narrative of everyone being like, ‘Wow, what a freeing time to create with no reason to leave the house and no boundaries in terms of how much time you have,’” she says, alluding to the “Shakespeare wrote King Lear in quarantine” Twitter rhetoric that has dogged the pandemic. “To me, art is so connected to what you’re going through in your life, and when the only thing you’re going through is the bathroom to the living room to the bedroom, there’s no inspiration for me.” But this time has also been rehabilitative: from an Instagram post dated the end of 2019, Wilson’s caption reflected on a year of “change and decision-making, stress, heartache and isolation,” the catalyst of which was a major shift in her management team. Loyal and unwavering by nature (at one point in our conversation, she identifies old friendships as her perennial and stalwart comfort), it was disorienting to experience a seismic internal shift, and exposed her for the first time to the brutal realities of the music world.

This year, then, has functioned as a frustrating but perhaps essential structural reset, an opportunity for Wilson to fall in love with music again outside the pressures of the industry. She has been sitting on a full-length album—her first—for a while now. It’s slated for an ostensible early 2021 release, but the unprecedented circumstances have given her pause: “It’s just really not feeling like the best time to put out your first foray into a full-length album… I would rather people experience it with clearer hearts.” Wilson has focused on a recalibration of her craft instead, making work that feels less polished, more experimental, and for herself. She’s been learning how to record on the aforementioned reel-to-reel, and playing the old family piano that now sits in her living room (motivated, she tells me, by listening to Carole King’s Tapestry on repeat.) 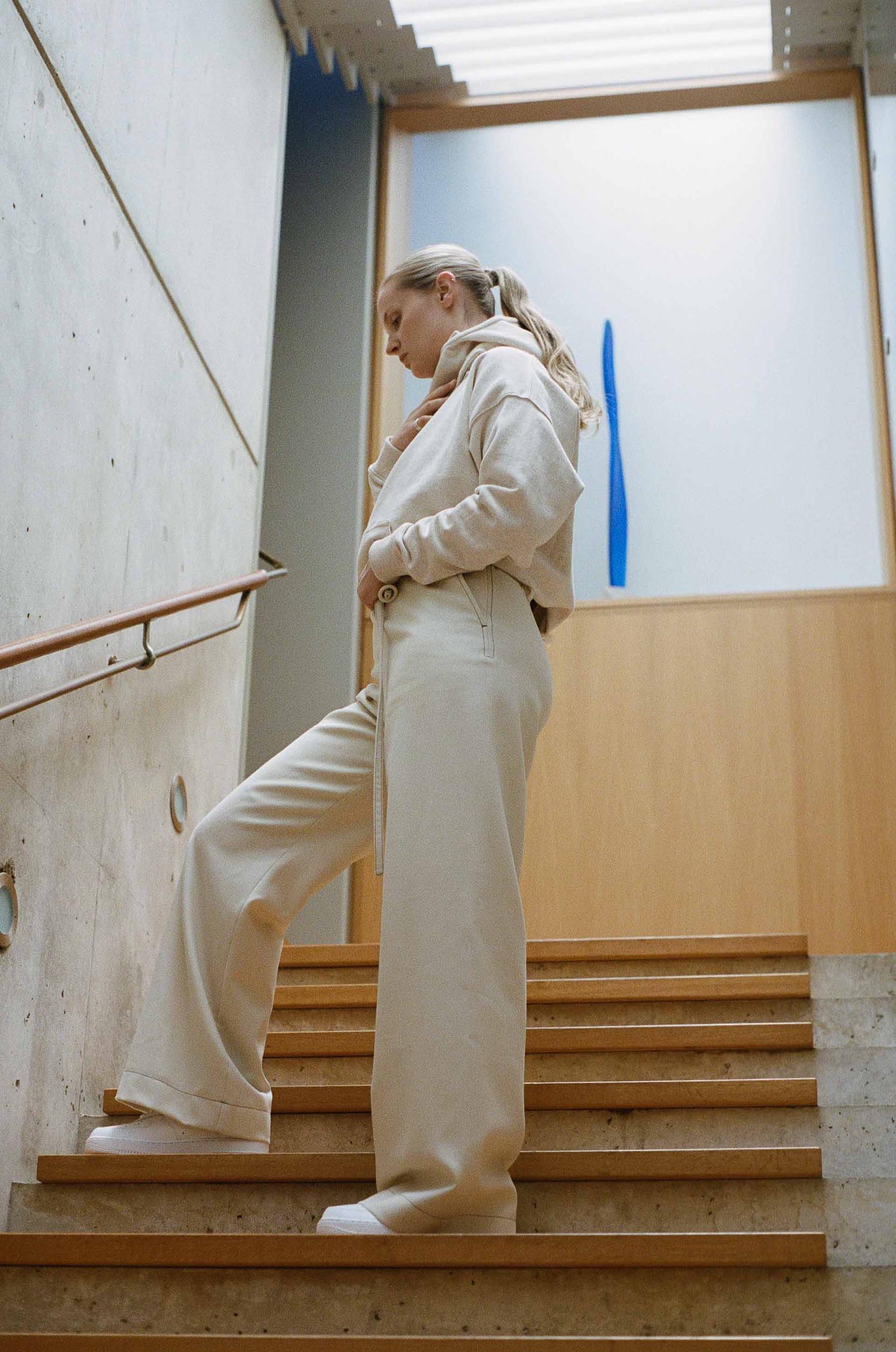 Her relationship to sport and athleticism allows Wilson’s creative process to feel even more sacred, and gives her life essential equilibrium; it’s a push-pull dynamic, where one informs the other but each remains distinct entities. We are both fanatics (sharing, in particular, an obsessive preoccupation with basketball) and bemoan the stigma of sport and fitness codes within queer communities: while the mechanics and poetry of the sports themselves seem largely misunderstood, jock culture endures as an often denigrating stereotype. “I’m part of this lesbian baseball league, and I actually stopped going because there’s too much drama. I’m competitive, and people don’t try as hard as I wish they did,” Wilson says. “But I’m happy that it’s slowly integrating into my world a little bit.”

In this way, it tracks that she’s taken to tennis. It’s a focused and rigorous sport that is nonetheless a new discipline for her, leaving room for mistakes, and Charlotte Day Wilson can find a rhythm in the unfamiliar; a way for her to make sense of the world, and a way for her to live in it.