Berghain may be too big to fail—but COVID-19 is threatening the survival of Berlin's fledgling queer nightlife spaces. Document talks to the organizers of WHOLE United Queer Festival about the uncertain future.

When compared with the erratic lockdown orders and anxiety-riddled reopenings across the US, life in post-coronavirus Berlin feels almost normal. But once the sun sets, the ghost of COVID-19 haunts the city’s (lack of) nightlife. In recent weeks, attempts to revive the techno scene have spawned three known coronavirus outbreaks, a somber reminder that genuinely safe parties are still somewhat of a pipedream. While there’s a collective sense of assurance that Berlin’s long-established clubs will eventually reopen, COVID may sound the death knell for still-nascent rave utopias like the WHOLE United Queer Festival.

As one of the few queer camping festivals in the world and the first queer electronic music festival in Europe, WHOLE is both a vital addition to the global festival circuit and a refreshing extension of Berlin’s renowned party scene. The three-day, LGBTQ-centric experience was born just three years ago, but its queer agenda confronts issues and injustices that have compounded in nightlife for decades. Losing a groundbreaking festival that leads by example would send a discouraging message: the spaces nightlife needs most—those striving to reshape its future in radical, meaningful ways—are the least likely to survive COVID’s shutdowns and aftershocks.

“‘As women, as Black people, as people of color, as trans people, as queer people—we don’t feel safe in these massive, corporate, straight, white, and masc-dominated environments.’”

“I’m not a festival person,” organizers and attendees would frequently tell me when discussing the cancellation of the 4th annual WHOLE festival this summer. To issue this disclaimer is to highlight the fact that WHOLE, which takes place each June in an old coal mining pit 80 miles outside of Berlin, has succeeded in its mission to queer the presiding European festival model, which has not historically catered to LGBTQ+ people. “As women, as Black people, as people of color, as trans people, as queer people—we don’t feel safe in these massive, corporate, straight, white, and masc-dominated environments,” WHOLE co-founder Raquel Fedato says.

The initial idea for WHOLE, Fedato explains, was born of a series of jarring, unwelcoming, and even abusive experiences at other summer festivals. Seeing a gap in the market and an opportunity to do something radical, Fedato and Chris Phillips—who also co-founded the party collective Pornceptual—joined forces with fellow queer collectives Cocktail D’Amore and Buttons to “be the change” they wanted to see in the festival world. Together, they created a three-day experience premised on themes of inclusion, collaboration, and empowerment within the LGBTQ+ community. “It’s genuinely one of the friendliest [party] environments I’ve ever come across. It felt like we were all one big family,” says one loyal WHOLE attendee, Elin Allvin, describing the event as something akin to a homecoming. “It was the type of experience that not only warms your heart, but your bones as well. It actually gives me goosebumps just thinking about it.” 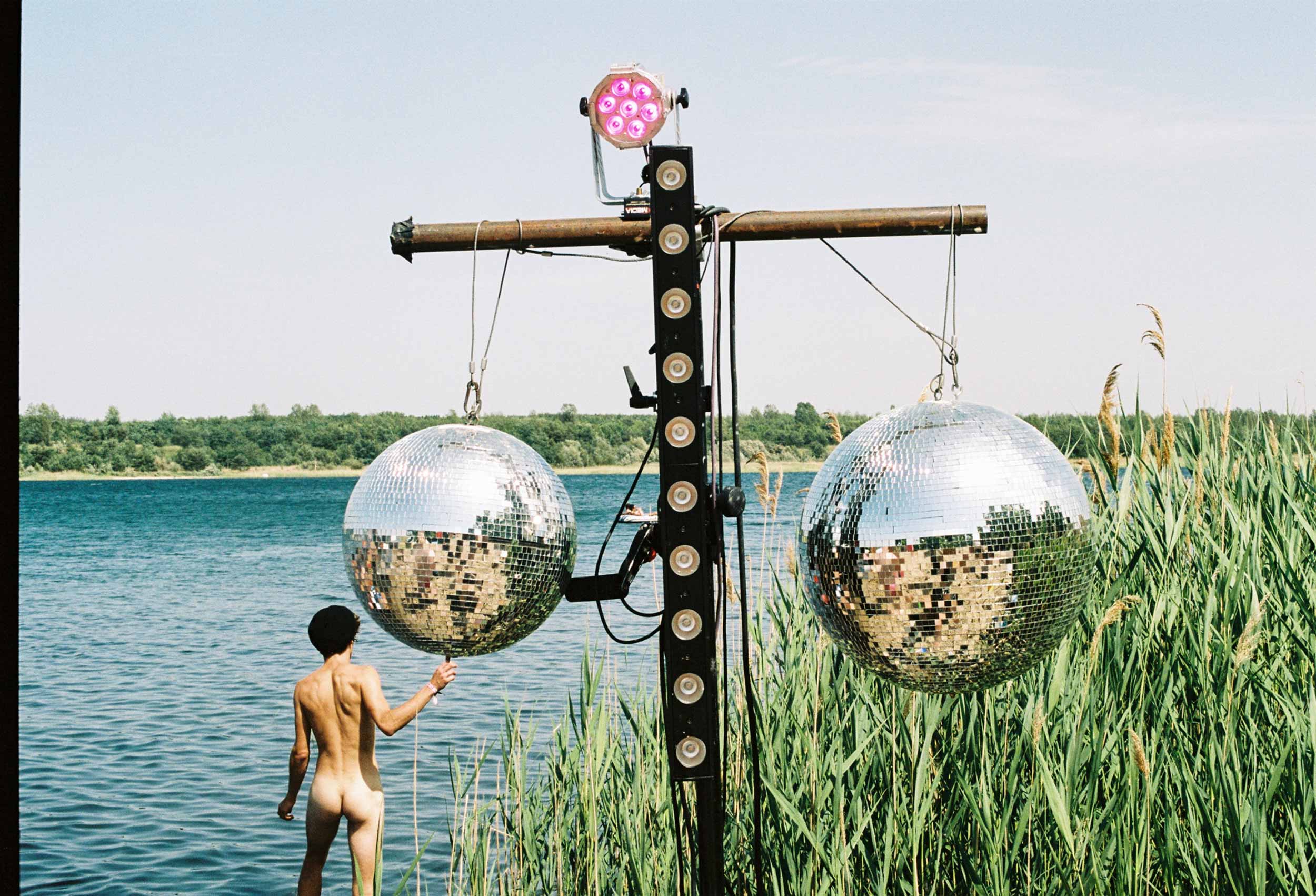 WHOLE’s Awareness Team coordinator, Xeno Rafael, explained WHOLE’s mission as “[using] your power, your privilege, and your access to create an event that brings people together and gives a voice to the actual culture makers.” To protest the often hierarchical nature of festival programming, where a small group of gatekeepers deem who is ‘worthy,’ WHOLE is co-curated by a union of the most prominent movers and shakers in Berlin’s queer party scene—which, in addition to Pornceptual, Buttons, and Cocktail D’Amore, includes Gegen, Golosa, Horse Meat Disco, Lecken, Mina, Room 4 Resistence, and Trash Era. Through a nomination and voting system, they design a weekend of art, music, workshops, performances, and panels on everything from ‘Genital Self Love’ to ‘Non-Hierarchical Japanese Bondage.’ The 2020 lineup, which took a full year to implement and organize, was set to be headlined by queer heroes The Blessed Madonna, Honey Dijon, and Kiddy Smile, with additional performances by groups like Drag Syndrome and Queens Against Borders.

“Inclusive spaces like WHOLE provide more than just a fun time; they are sources of emotional, political, cultural, and social affirmation for the communities they cater to.”

The 2020 event’s cancelation has had serious ramifications for every participant in this queer economy—including WHOLE’s organizers, who have lost a year’s worth of time and labor, the some 5000 ticket-holders, and roughly 100 LGBTQ+ artists and collaborators. The festival was nearly sold out, and WHOLE had been counting on a financially successful year to make up for losses accrued over the previous three years. Nevertheless, organizers ensured everyone who did work leading up to the festival was fairly compensated, which many other festivals have not done. WHOLE also offered ticket-holders full refunds, rather than simply make this year’s tickets valid for 2021, as many other festivals have done.

“Some people might not realize that our patient team had to manually process those [refunds] individually, a clunky process that included cross-referencing various spreadsheets,” says WHOLE co-founder Jacob Meehan, who is also a resident DJ and the program director for Buttons. Placing the financial concerns of their attendees first was a generous gesture, especially given that the festival has no corporate sponsorship, and depends entirely on ticket sales.

With no other choice but to seek donations, the team launched the crowdfunding campaign #savewholefestival, revealing the gravity of their financial situation. “A major act of solidarity from our community is the only thing that will ensure the survival of WHOLE in these uncertain times,” the organizers wrote. “Losing this supportive space would be a major loss for our community, impacting the collectives who’ve dedicated countless hours to its development, and the artists and audience members that rely on it.”

“While it’s easy to dismiss the party circuit as mere indulgence or hedonism, the reality is that pleasure, for communities routinely denied it, is itself vital for survival.”

Although the campaign did not meet its goal (donations are still being accepted via PayPal at contact@wholefestival.com), the generous outpouring of support emphasizes just how crucial festivals like WHOLE are to the community. Those who donated to the campaign were able to write a small note to the organizers, and often shared very moving stories. One person revealed that the festival experience had affirmed their decision to move forward with their gender transition journey. Another attendee, Damir Avdić, described how safe, queer nightlife spaces often foster a vital sense of solidarity: “You feel like an outcast your entire life and then suddenly you are in this space where you can be outcasts together, and then you realize what everyone else has experienced their entire life: what it means to belong.” 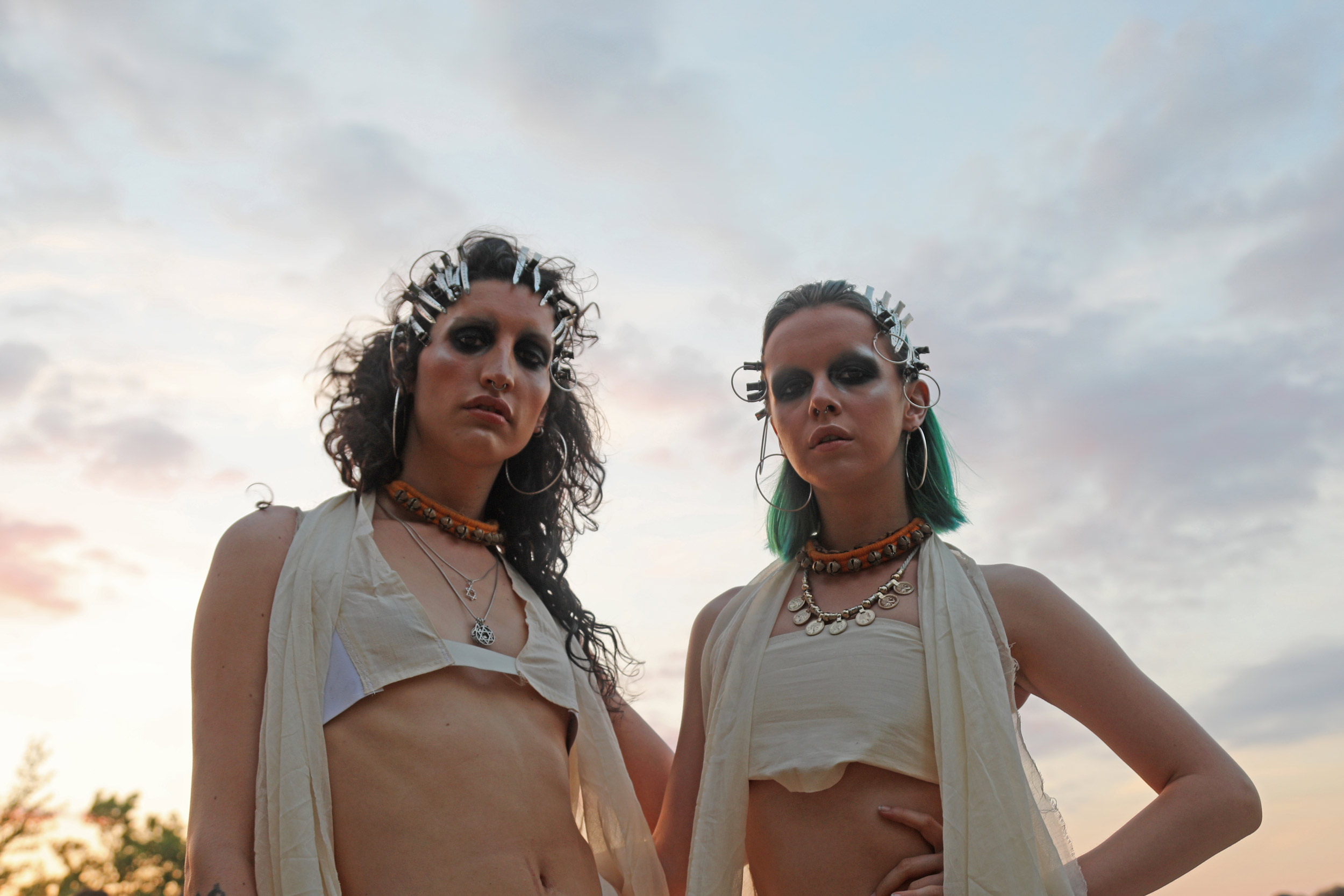 Inclusive spaces like WHOLE provide more than just a fun time; they are sources of emotional, political, cultural, and social affirmation for the communities they cater to—so the loss of such spaces has had grave implications. “The coronavirus lockdown has really affected Berlin’s queer community in the sense that people are really suffering,” says Rafael. “It’s created even more precarity within communities that are already oppressed. In some cases, people’s inability to access queer spaces has resulted in death.” While it’s easy to dismiss the party circuit as mere indulgence or hedonism, the reality is that pleasure, for communities routinely denied it, is itself vital for survival.

While WHOLE fights to stay afloat, organizers see the festival’s own survival as only part of the mission moving forward. The COVID-mandated party pause has offered a unique opportunity for reflection; a distinct kind of reset button for the queer scene, which could undergo a radical shift when it reemerges. WHOLE’s organizers are committed to coming back with a better-realized vision of intersectional solidarity, particularly with respect to racial inclusivity. “I hope that the current spotlight on racism and Black Lives Matter will bring about some deep change in our city and scene,” says Meehan. “We need to invest in transforming the disproportionate treatment and unequal rights of BIPOC beyond just a few tokenist bookings on a lineup.” It feels almost perverse to suggest there may be any positive outcomes from a global pandemic, but crises do have a propensity to catalyze change. “We have the time to reconsider things that we do wrong, and ways that we can do better,” says Fedato. “This is a big chance for us to improve, as WHOLE festival and as human beings.” 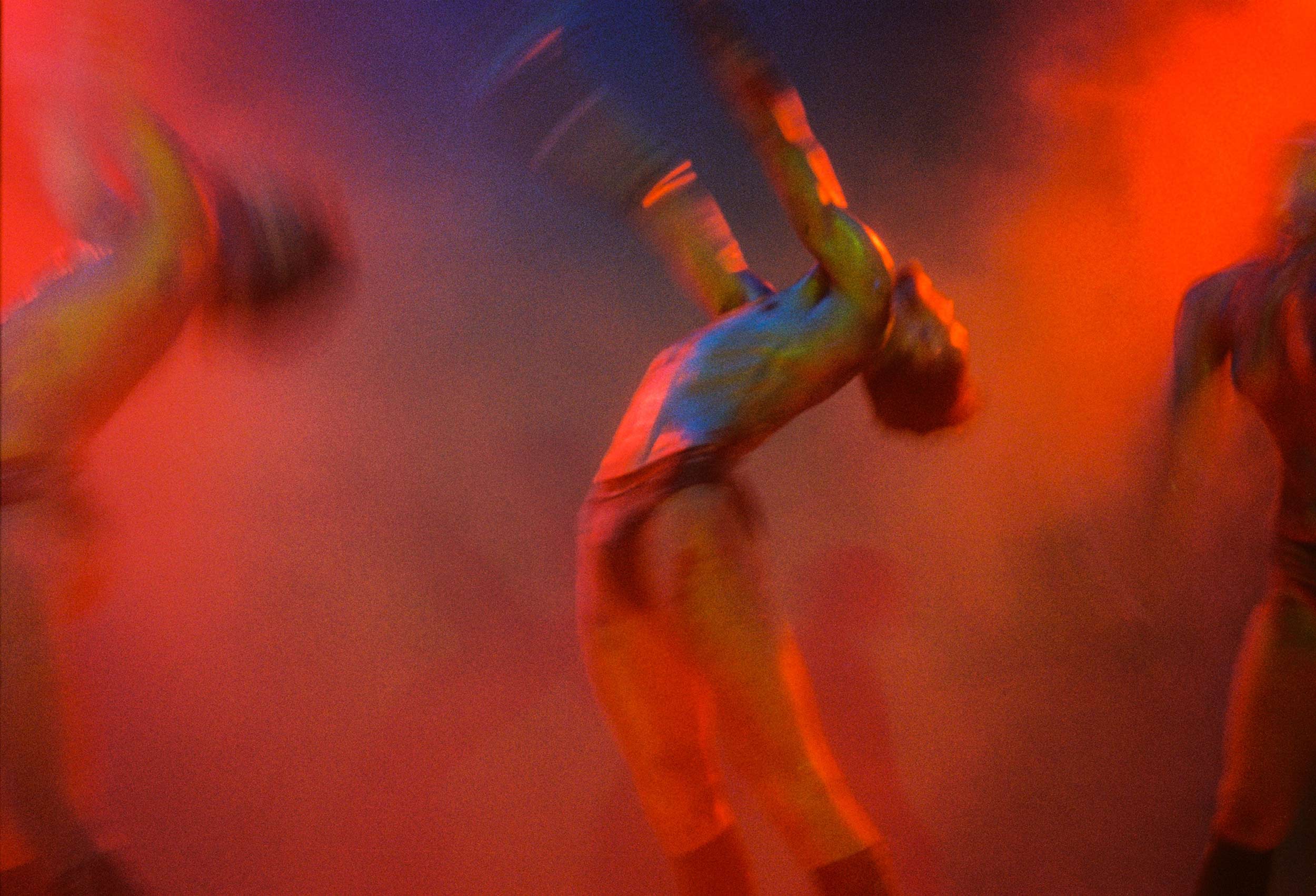 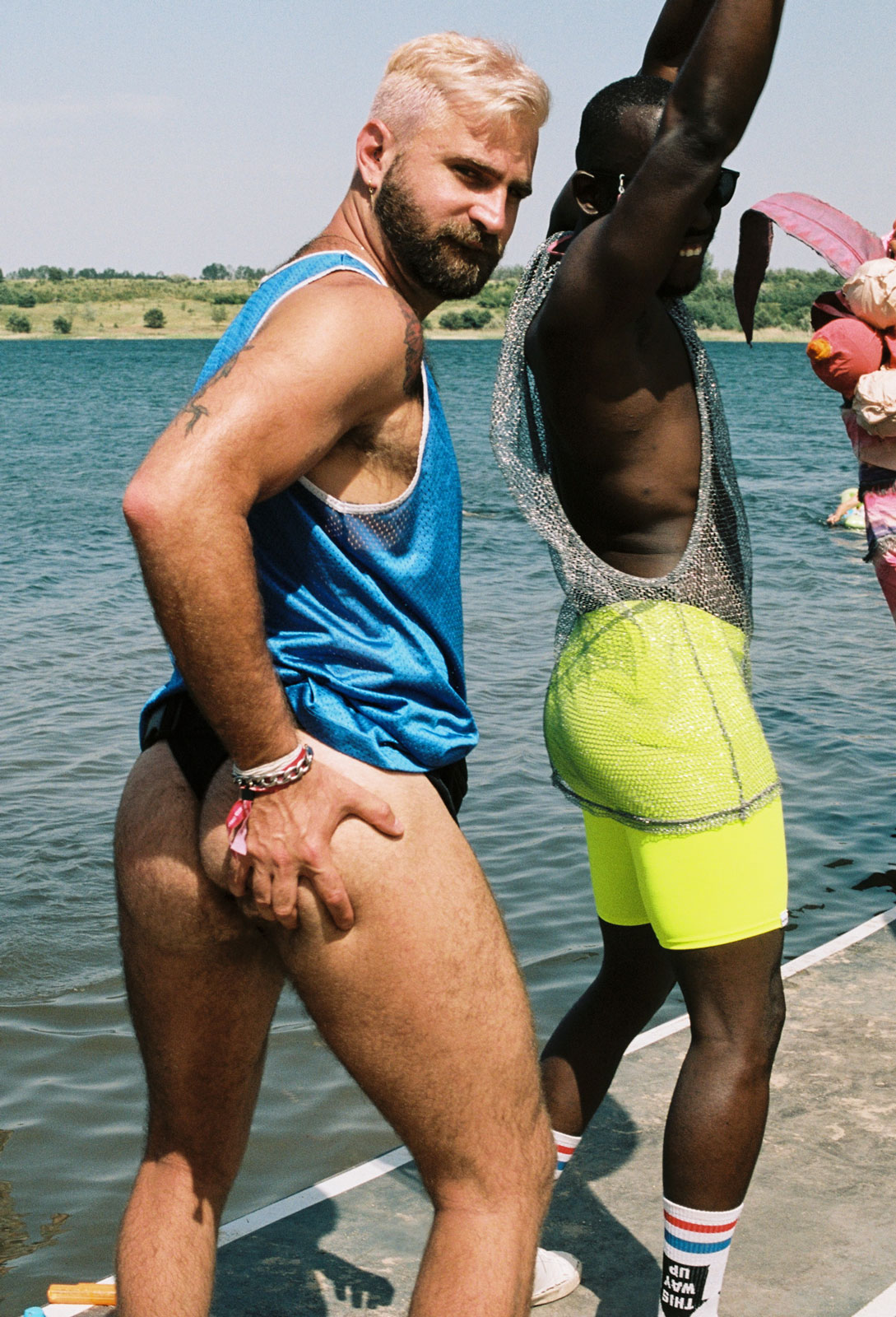 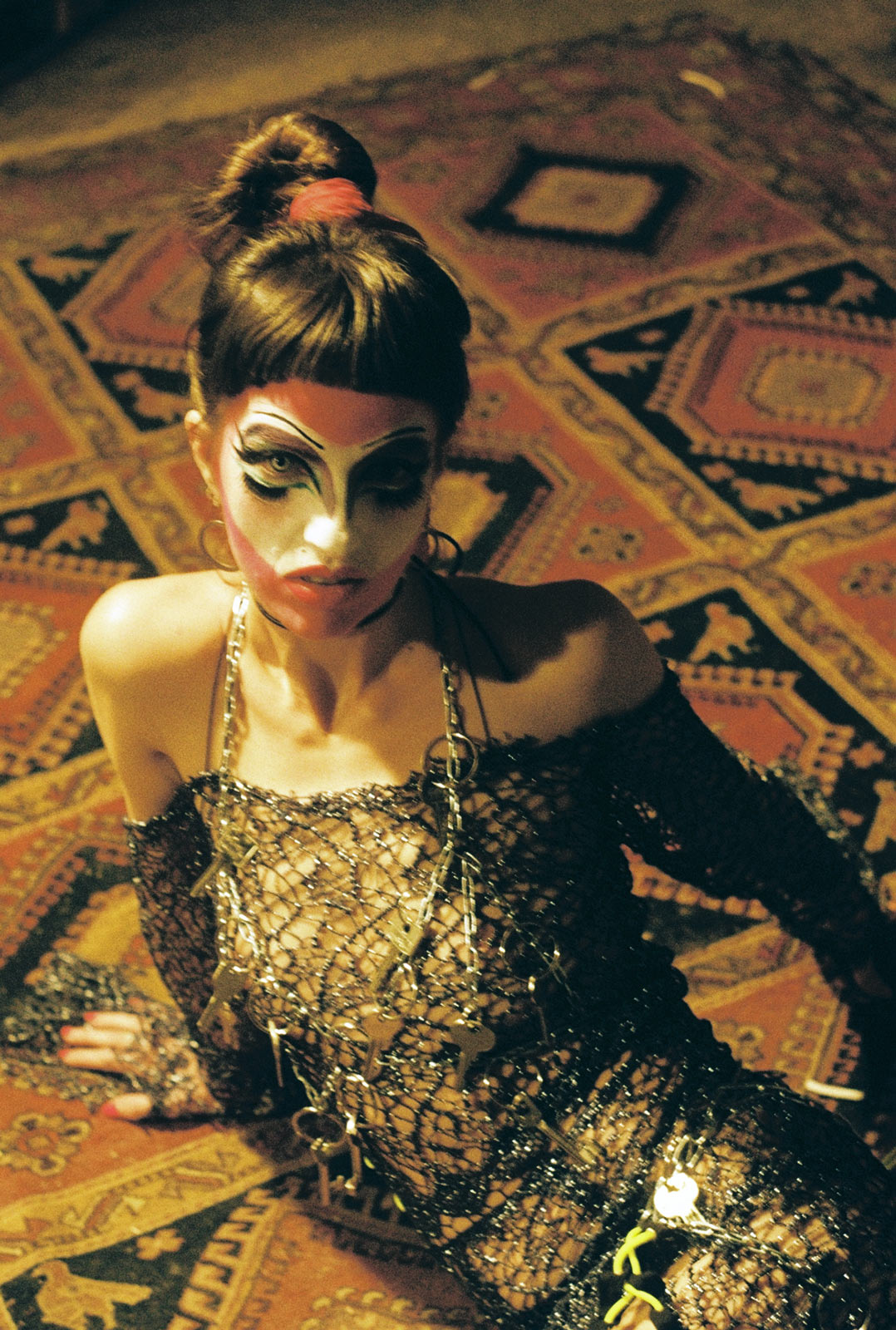 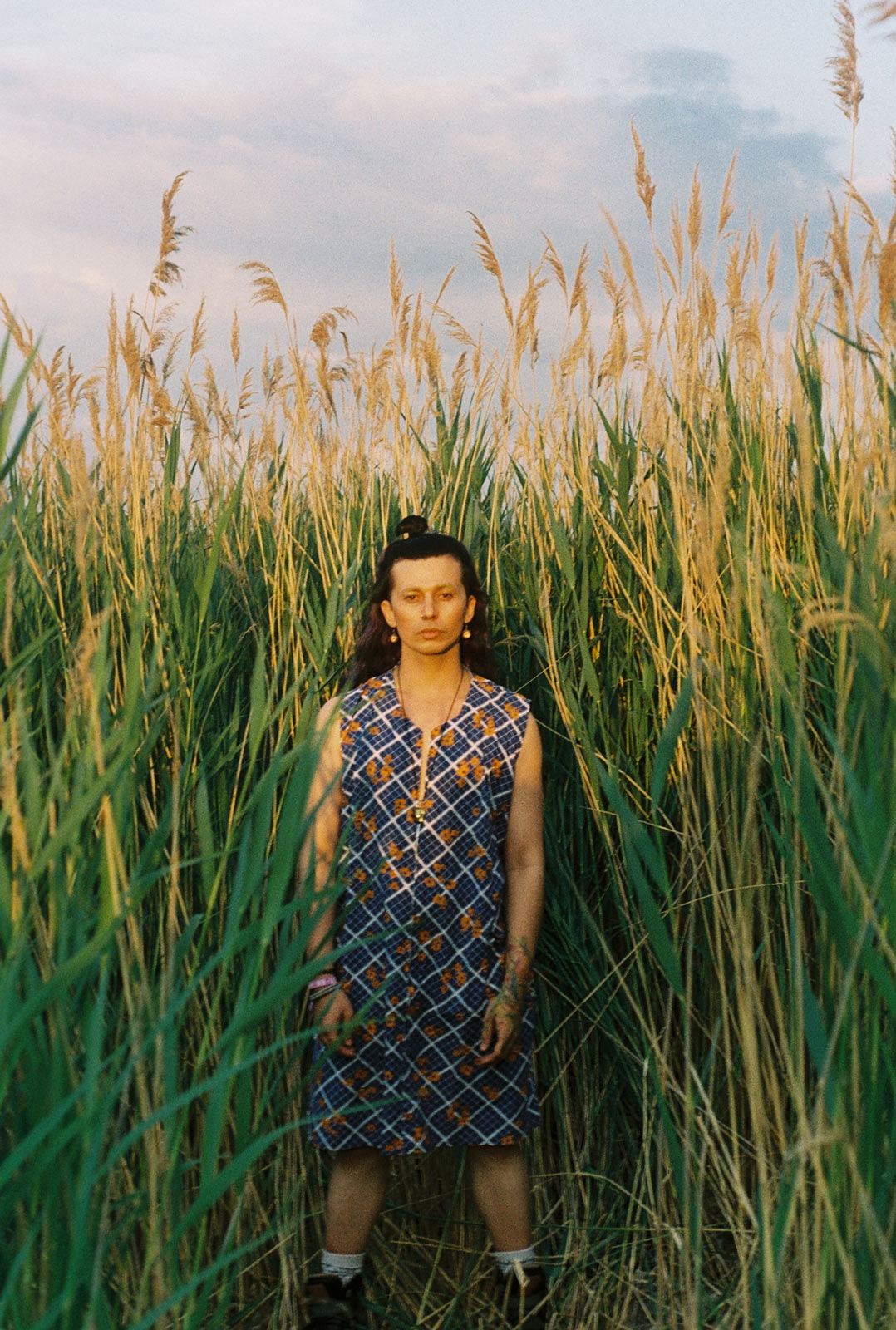 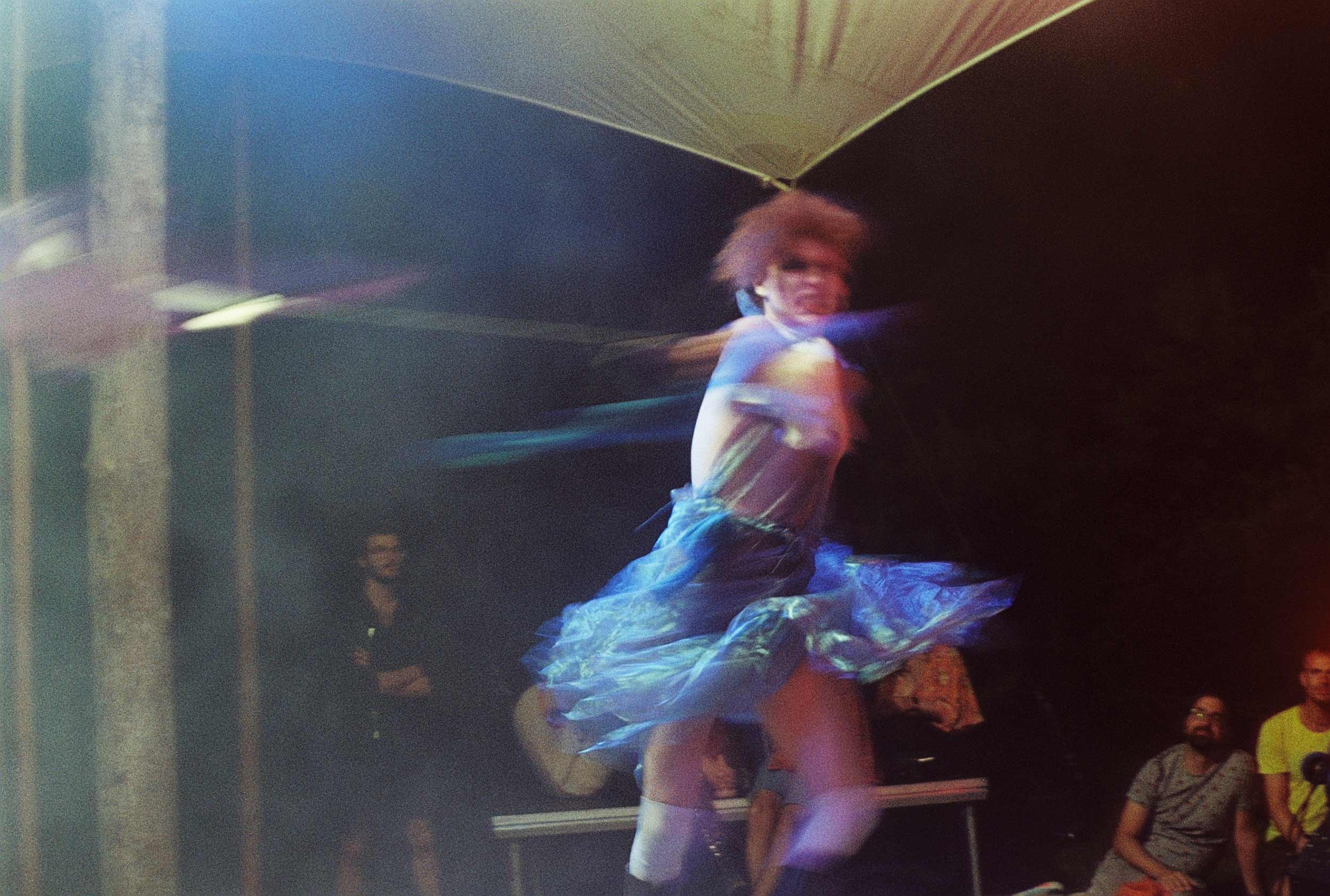 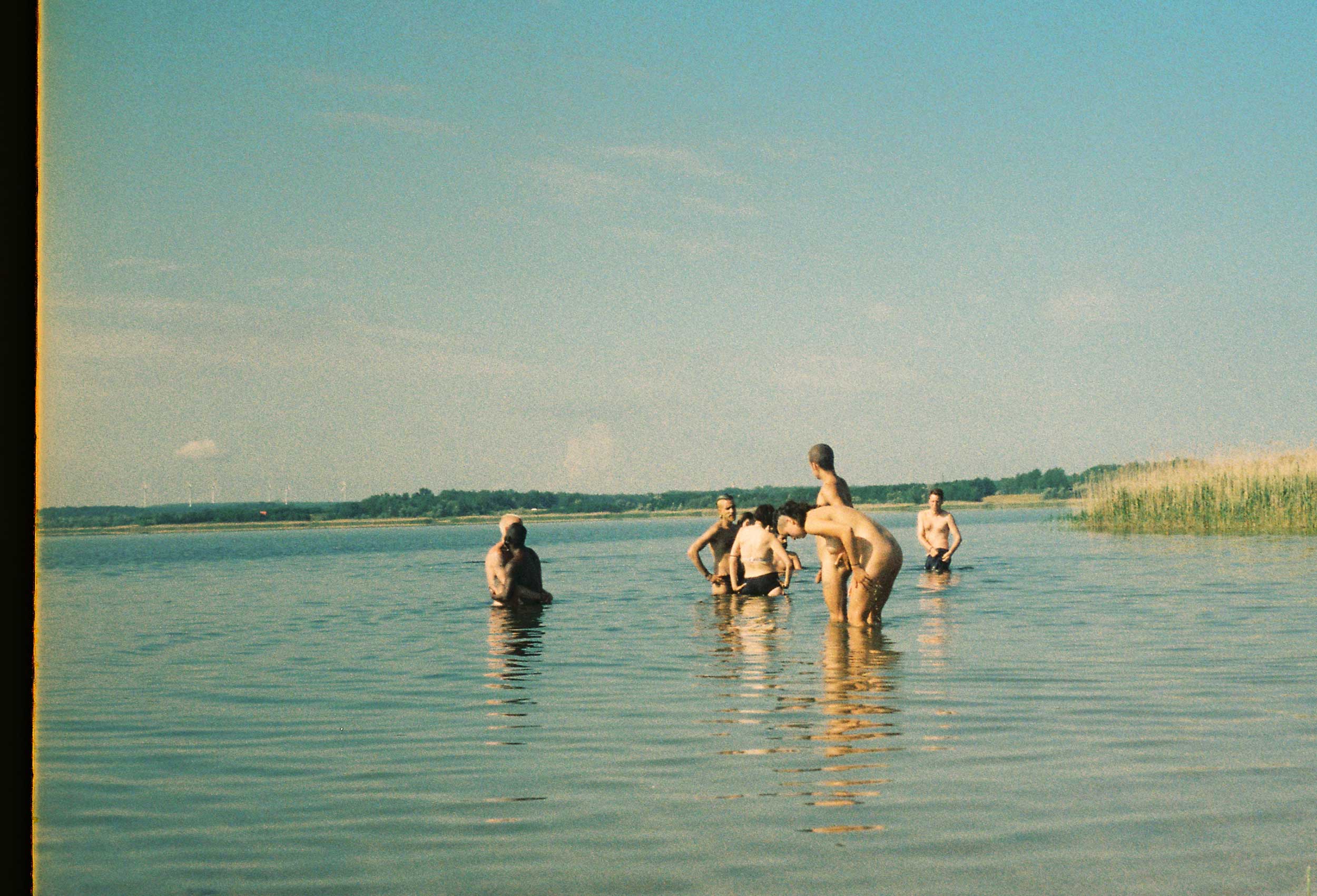 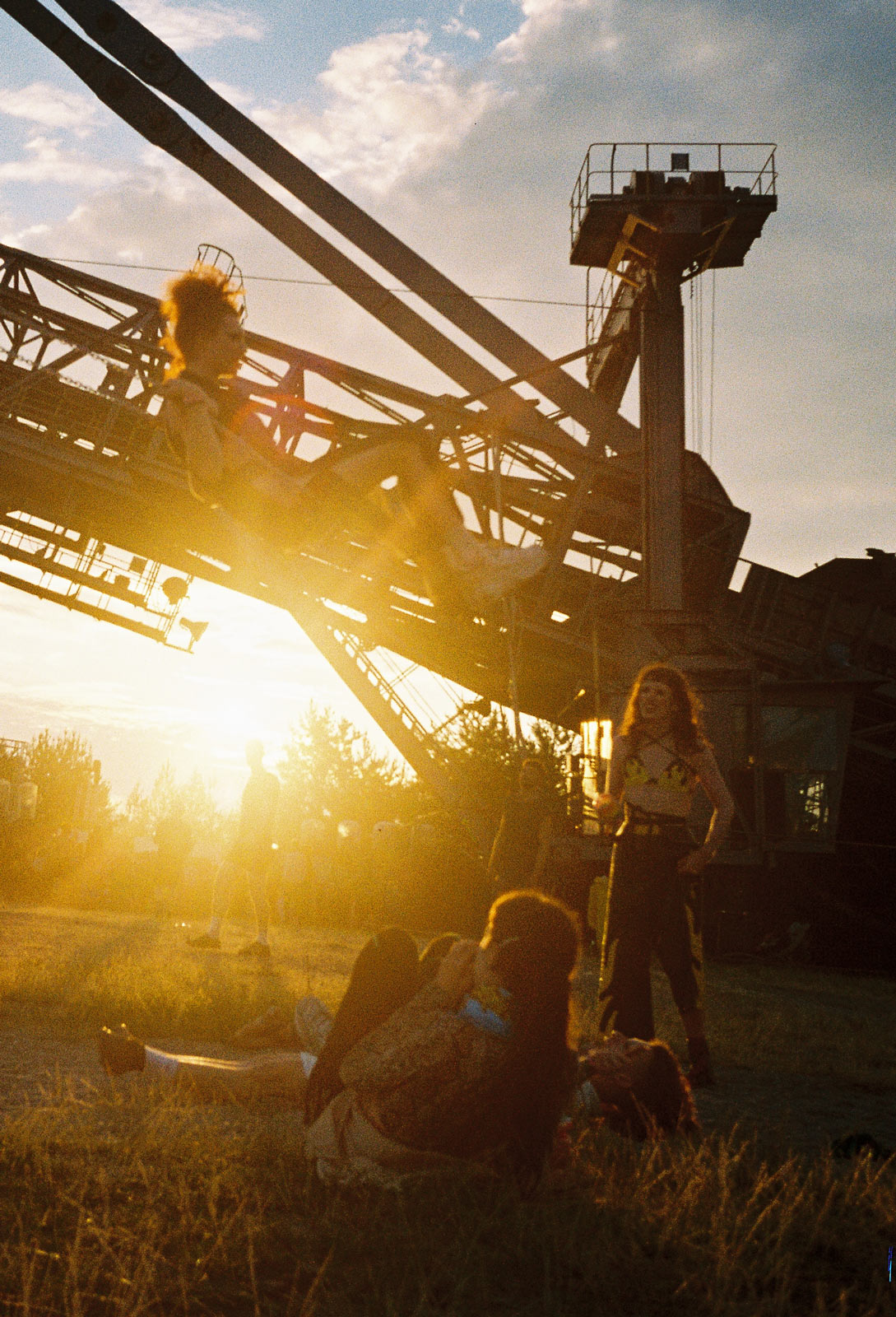