The Dior Men designer even recreated the berets in Boafo’s portraits, turning them into real hats

Dior Men artistic director Kim Jones didn’t have to go far to meet Amoako Boafo—the artist whose paintings serve as the foundation of the Spring/Summer 2021 collection—last December during Art Basel in Miami Beach. He only had to walk steps from the vacant warehouse where Dior Men held its Pre-Fall 2020 show to the newly opened Rubell Museum in Miami’s Allapattah neighborhood, where Boafo was exhibiting as the museum’s 2019 artist in residence. Impressed by the rising art star and his vibrant portraits of people of color, Jones had the idea to collaborate with Boafo for Spring/Summer 2021. 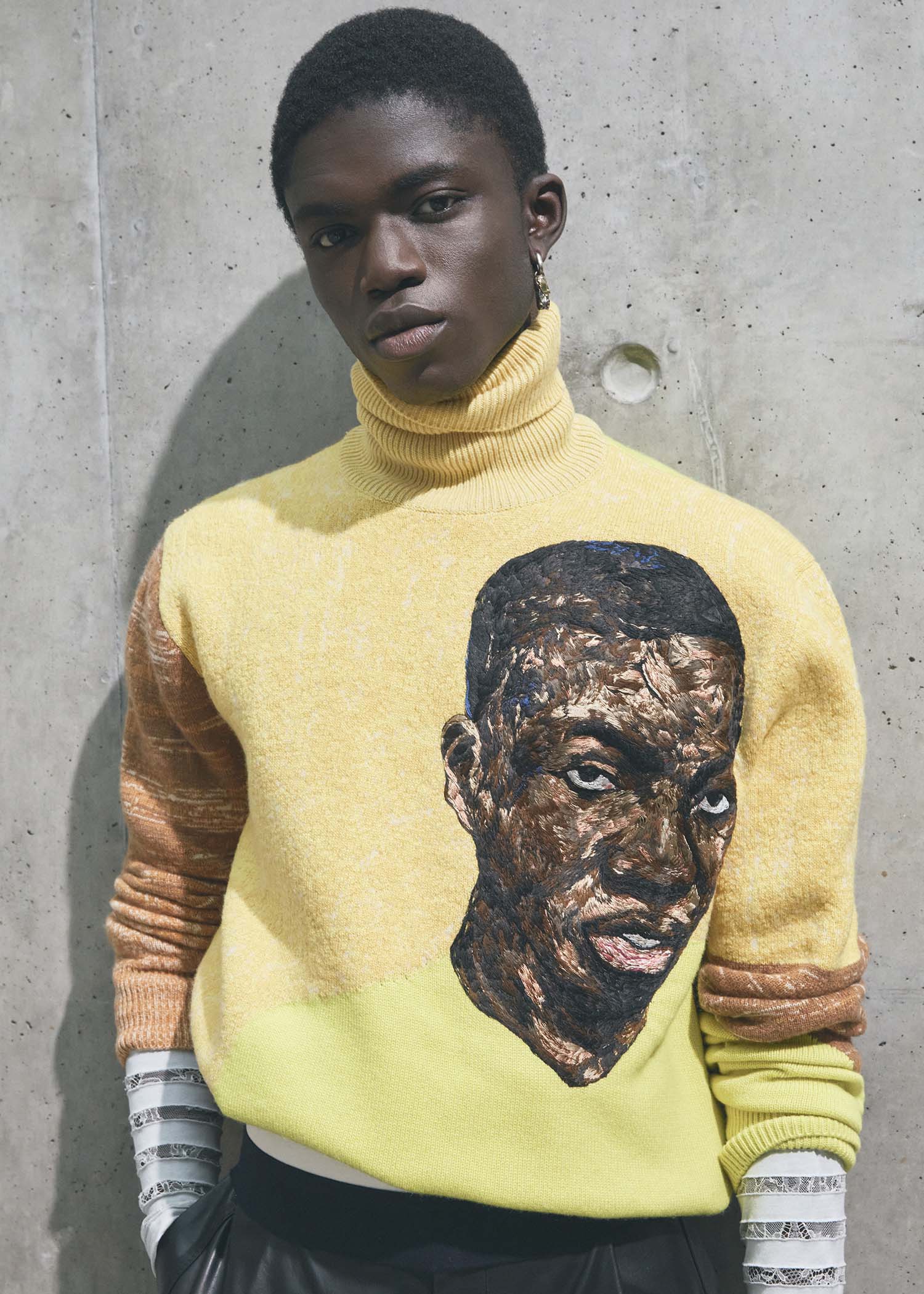 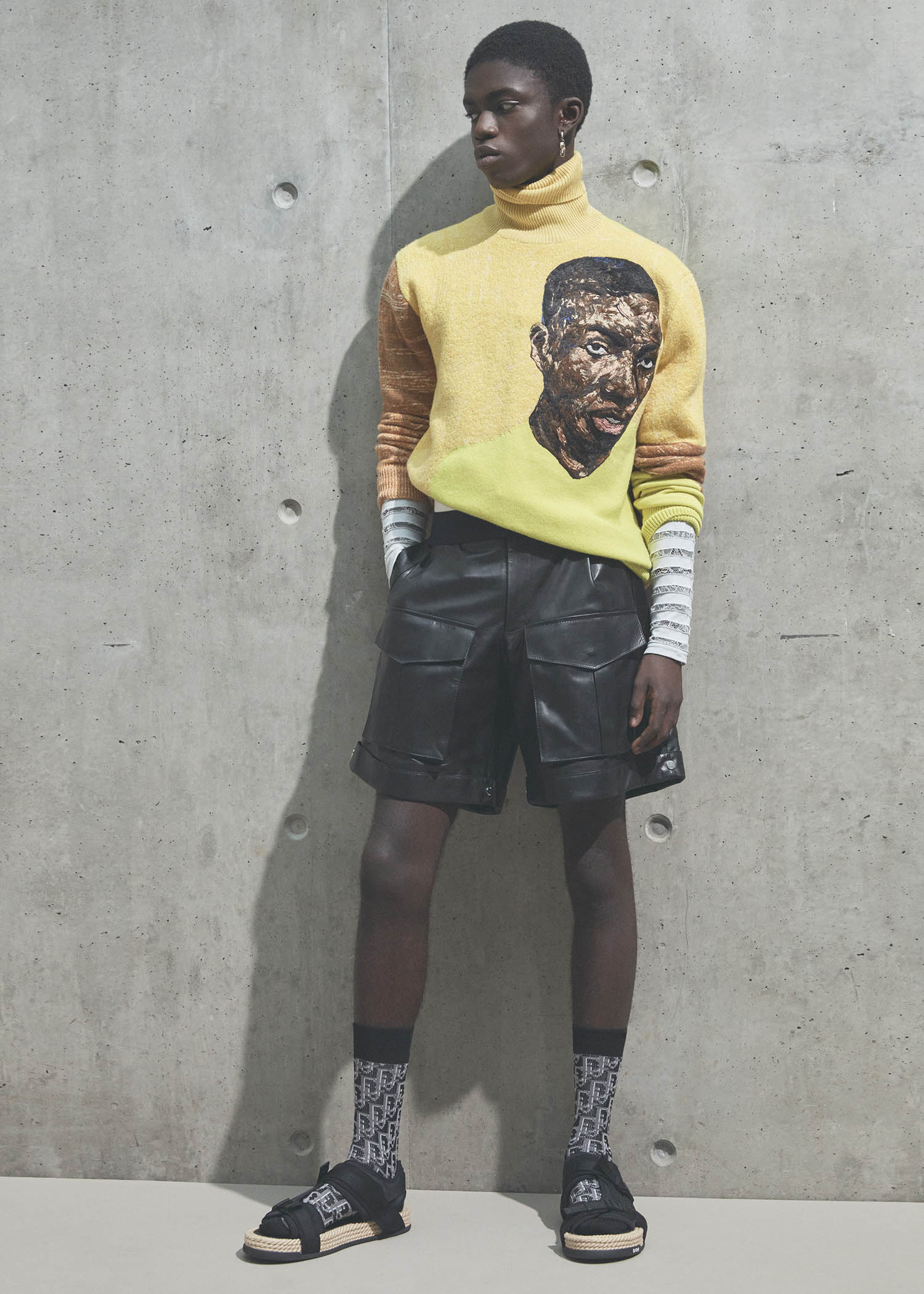 Jones has his own close connection to Africa. He spent his formative years living on the continent; in Kenya, Ethiopia, Botswana, and Ghana. The Dior Men artistic director had the intention of collaborating with an African artist, and the Ghanian Boafo, who lives between Vienna and Accra, was an ideal fit. Jones flew to Boafo’s Accra studio and discovered a painting—that debuted in Document’s Spring/Summer 2020 issue—of a Black male figure dressed in an ivy shirt. He immediately drew the connection between the ivy print and a dress that Christian Dior himself designed in the 1950s that featured an ivy belt and parure. That portrait turned into the starting point for the collection, titled Portrait of An Artist. 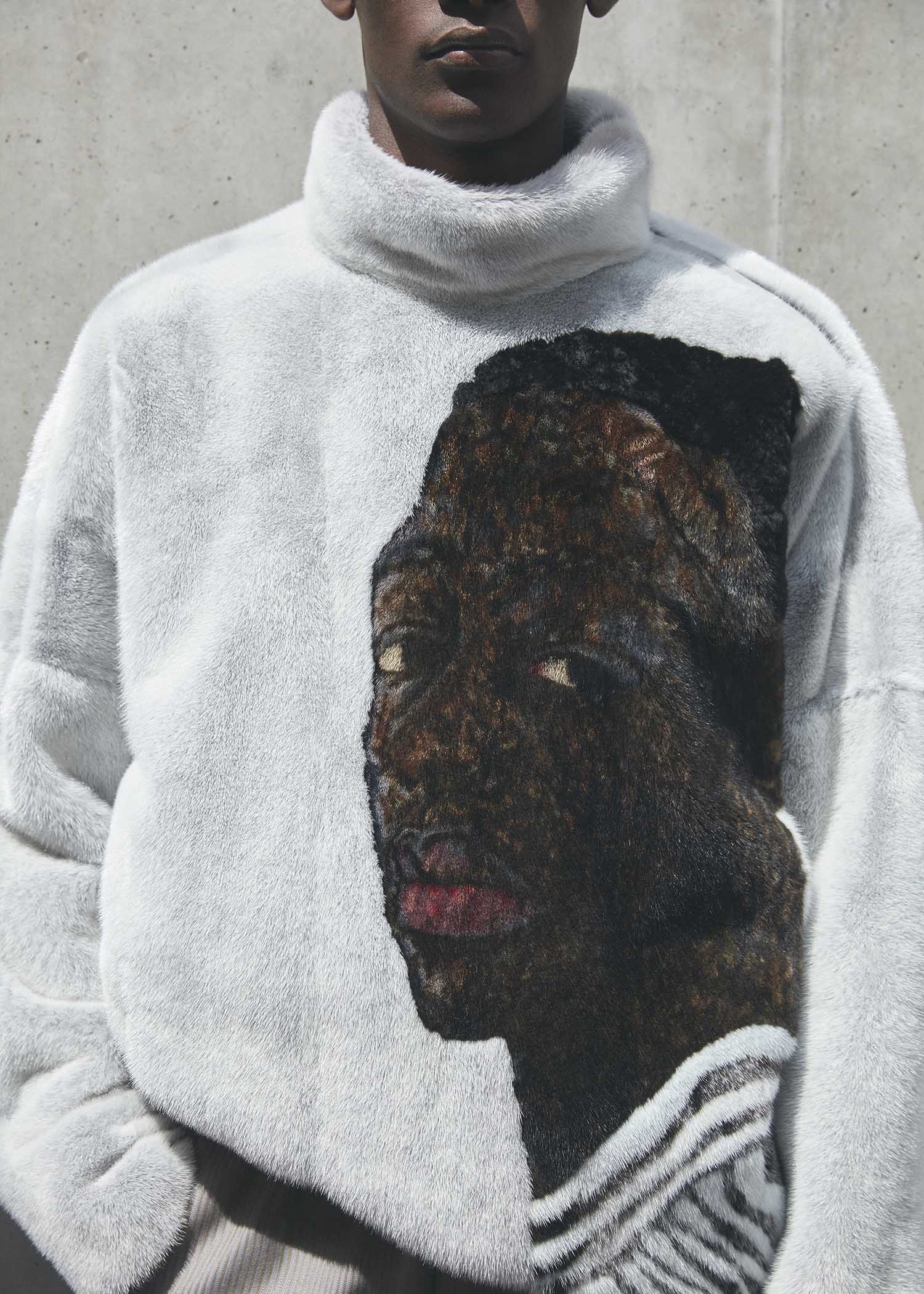 From there, Jones took the prints worn by the stylish figures featured in Boafo’s work, translating them into crisp shirts that feature the intricate patterns depicted in Boafo’s paintings. Like the house’s namesake, Boafo also has an affinity for flora, and Jones took it a step further, incorporating the house’s couture heritage by recreating the ivy print on a shirt with delicate embroidery and beading. He recreated the berets in Boafo’s portraits, turning them into hats. What’s most impressive is the way Jones transitioned the texture of finger painting—a method Boafo uses to create the skin in his paintings, echoing the same gestural strokes seen in the paintings of the late Viennese artist Egon Schiele (who passed away in 1918 from the pandemic of that era, the Spanish Flu).

The collection marks a step forward for Dior with the way it highlights Boafo and his subjects, a move that not only celebrates Black identity, but also furthers Ghana’s reputation as a hotbed of creativity. If only COVID-19 allowed Dior to show Boafo’s work to the fashion industry through a magnificent set that his work deserves.