The writer and model debuts three new poems from her upcoming collection "Post Love in the Time of Consumption."

Thanks to a gentle elbow from my friend, the writer Wilson Oryema, I began (pre-COVID) a poetry project surrounding the theme of consumption. The poems explore various guises of consuming and being consumed—by love, by jealousy, by material positions, by time. I’m fascinated by how we can absorb whole entities into ourselves, and that the action of consumption is always one of destruction.

The French literary school Oulipo fetishized the notion that writing is always constrained by something like time, or even by language itself. Each piece in my work is constrained by a material object—a banana, a clock, milk buttons, a golliwog. My process is to take the object and unravel the film of emotions that cling around it. George Perec’s concept of the Infra-Ordinary dismisses the daily news cycle as only focused on sensationalism and lacking the steady perspective of the daily. I ask, too, “What is really going on the rest of the time? How do we take account of the banal, the obvious, the hum-drum background noises, and that stalemate of the habitual?”

In collaboration with visual artists, I will be self-publishing the project in the form of an enlarged postcard collection—entitled Post Love in the Time of Consumption—this fall. 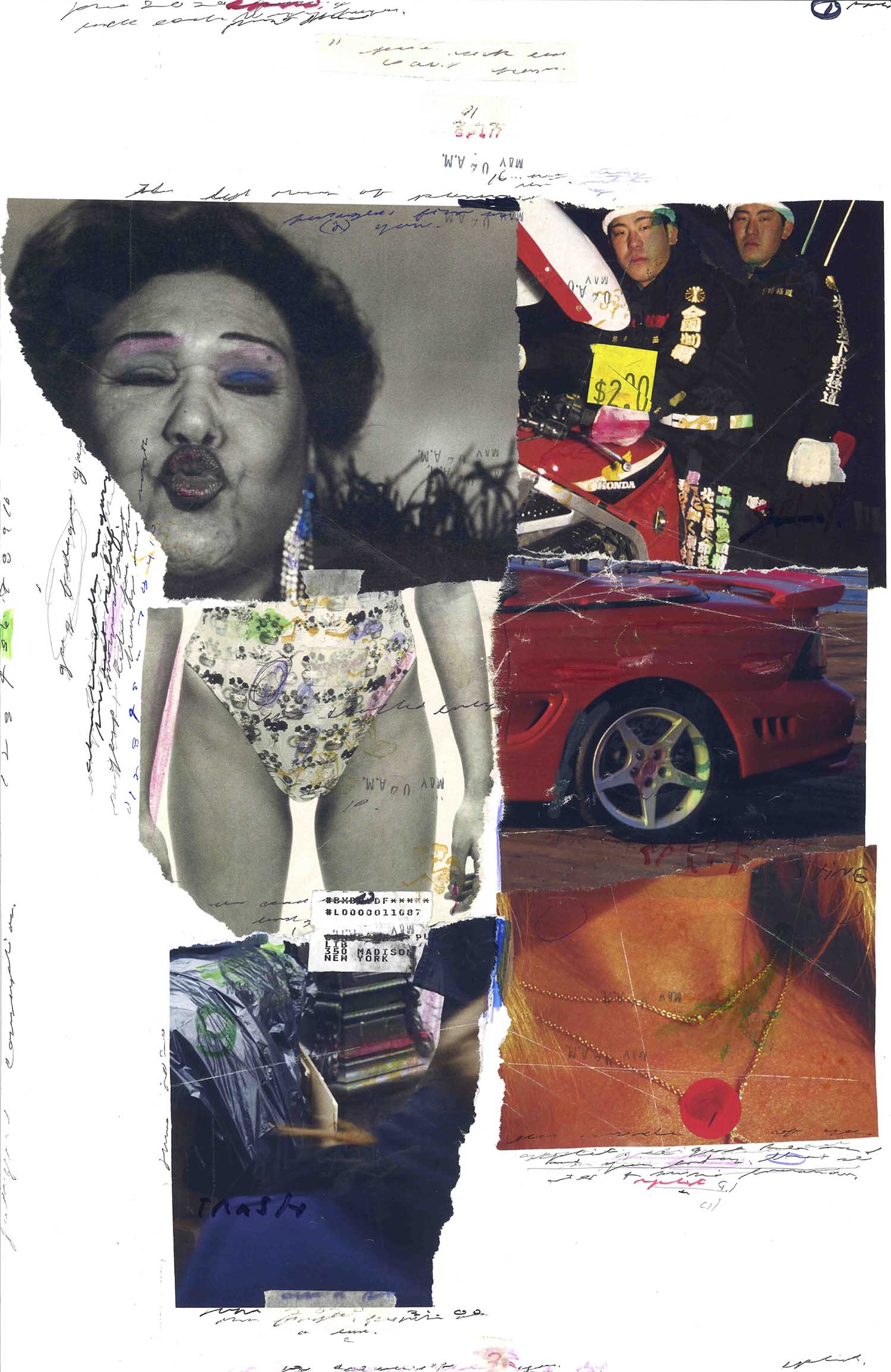 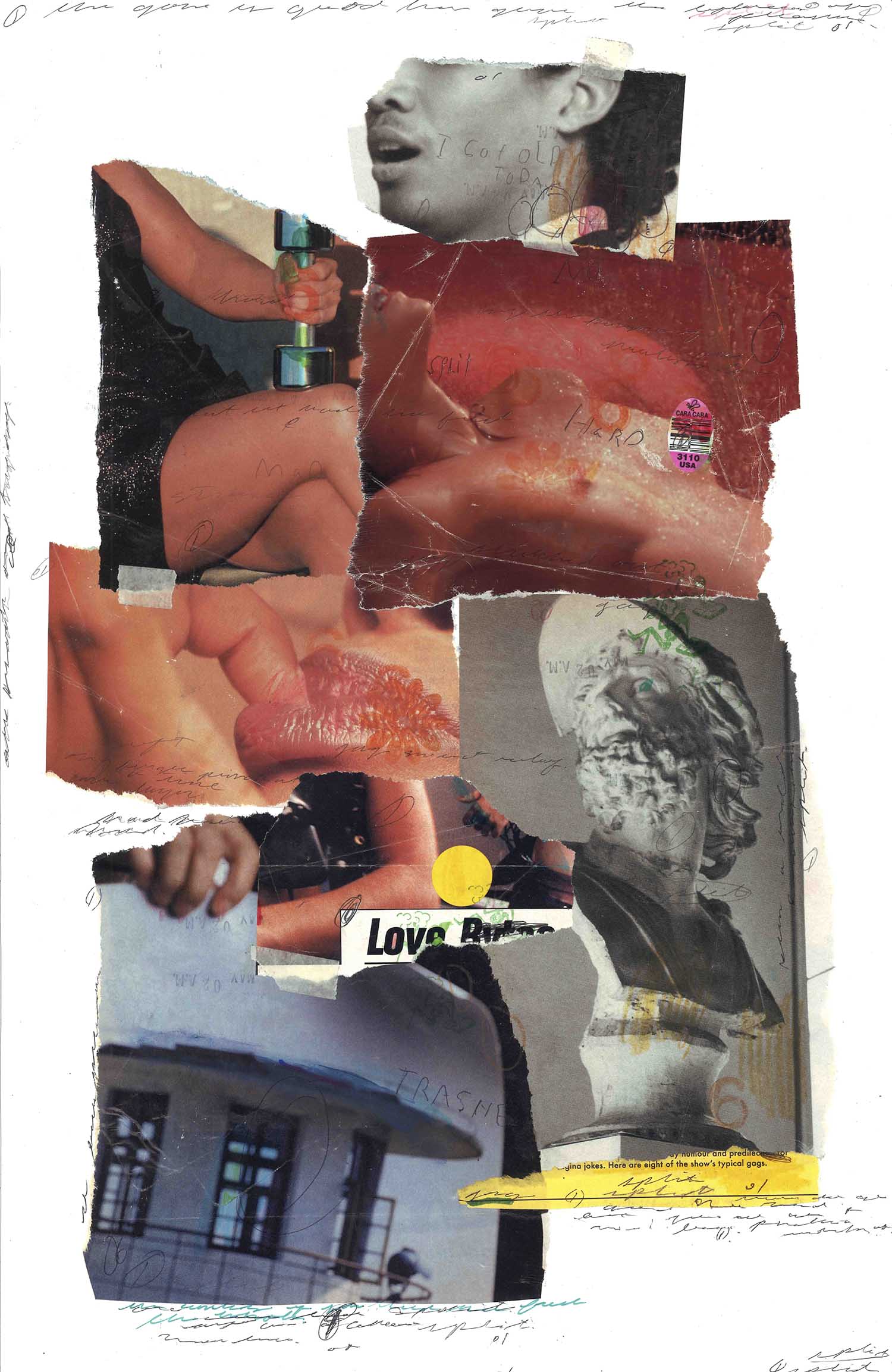 I got so mad at you today, that I ate four mini bananas in a row

In hindsight, there is a phallic undertone

Maybe even, a sort of colonial type discourse

But at the time I ate them because they are soft
and it made me feel hard.

I took pleasure in readying them for their destruction

peeling back each waxy layer

one finger pinch at a time.

What poor gut instinct.
What bloating by bountiful-desires.

by the binges of our nauseous love.

that once undressed your clotted body, had savoured your syrupy sap

The cavities of you
had me feel the whole

Now my reflux fills it up, swills it with

of a body regurgitating the mind.

I got told today

truth slapped and bite off my tongue

Split down the middle

Creamed by a sting

that lingered for a while

the gone is good

the leftovers of pleasure

just a handful of banana skins

and a mind-full of mad. 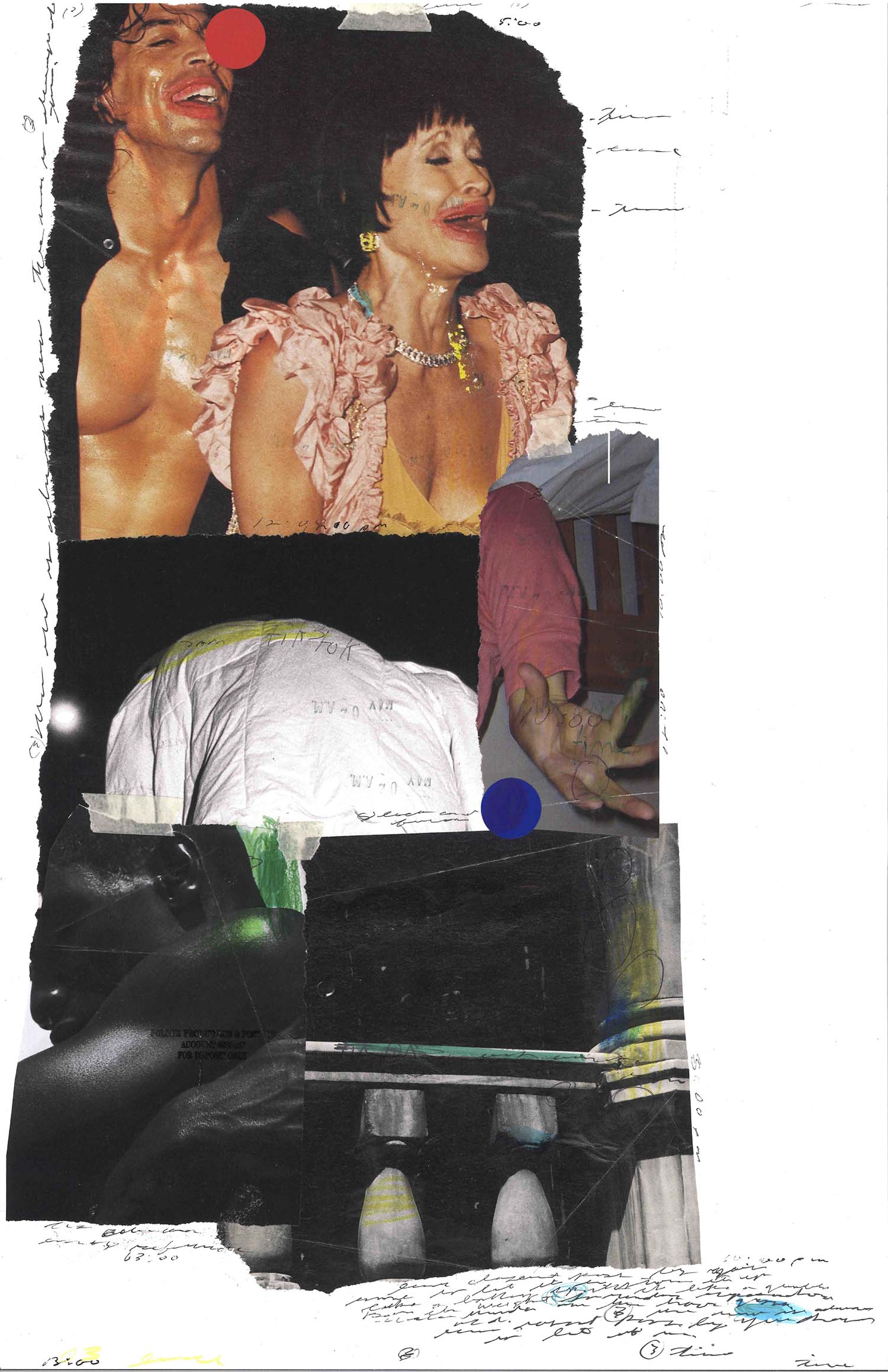 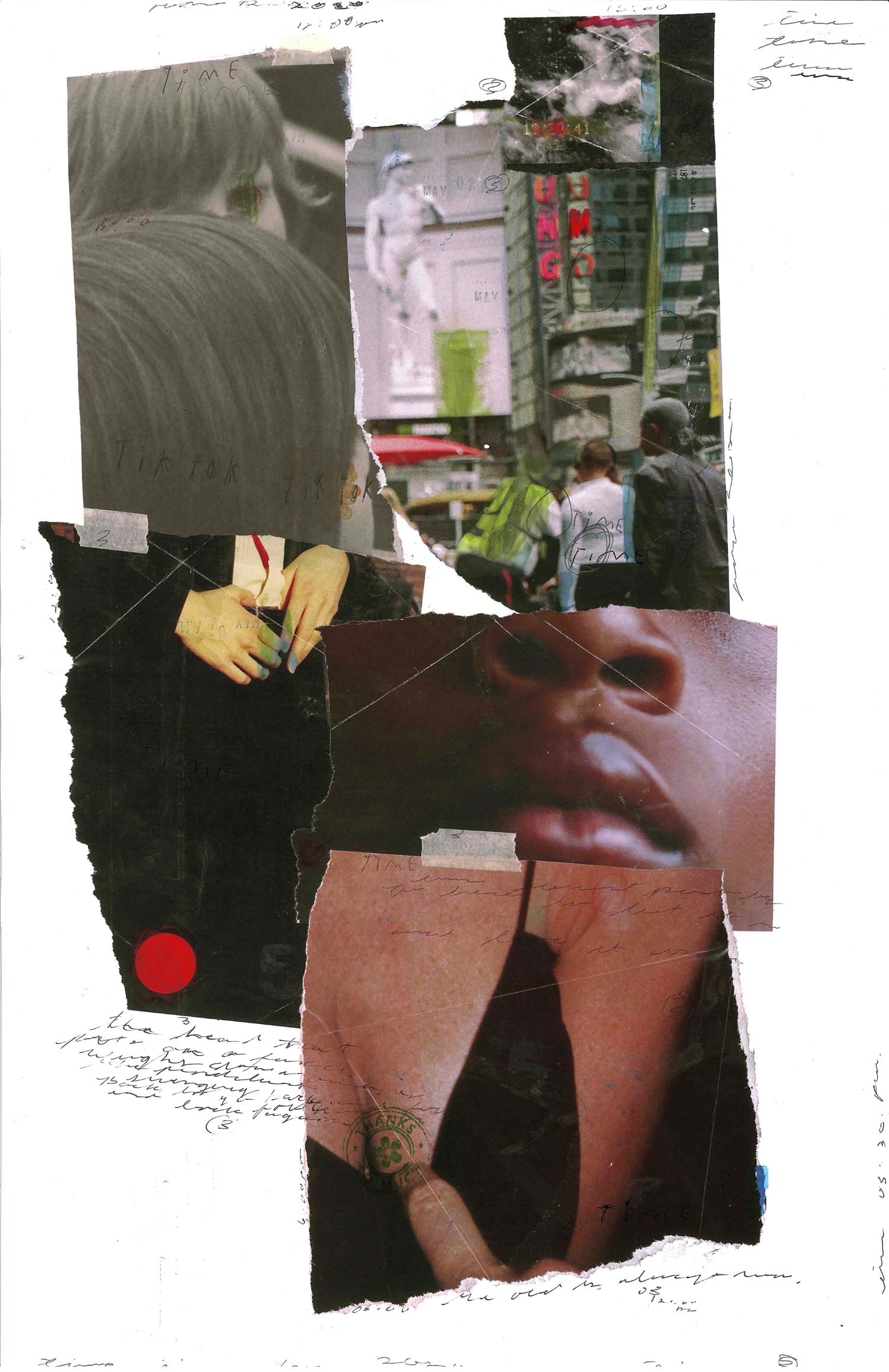 Time doesn’t pass by, you have to let it in

Bare its wait,
to render expectation

turning itself back over
then pouring it out again

And then it drags, it drags

suffering would not be moved

No back and forth to back again 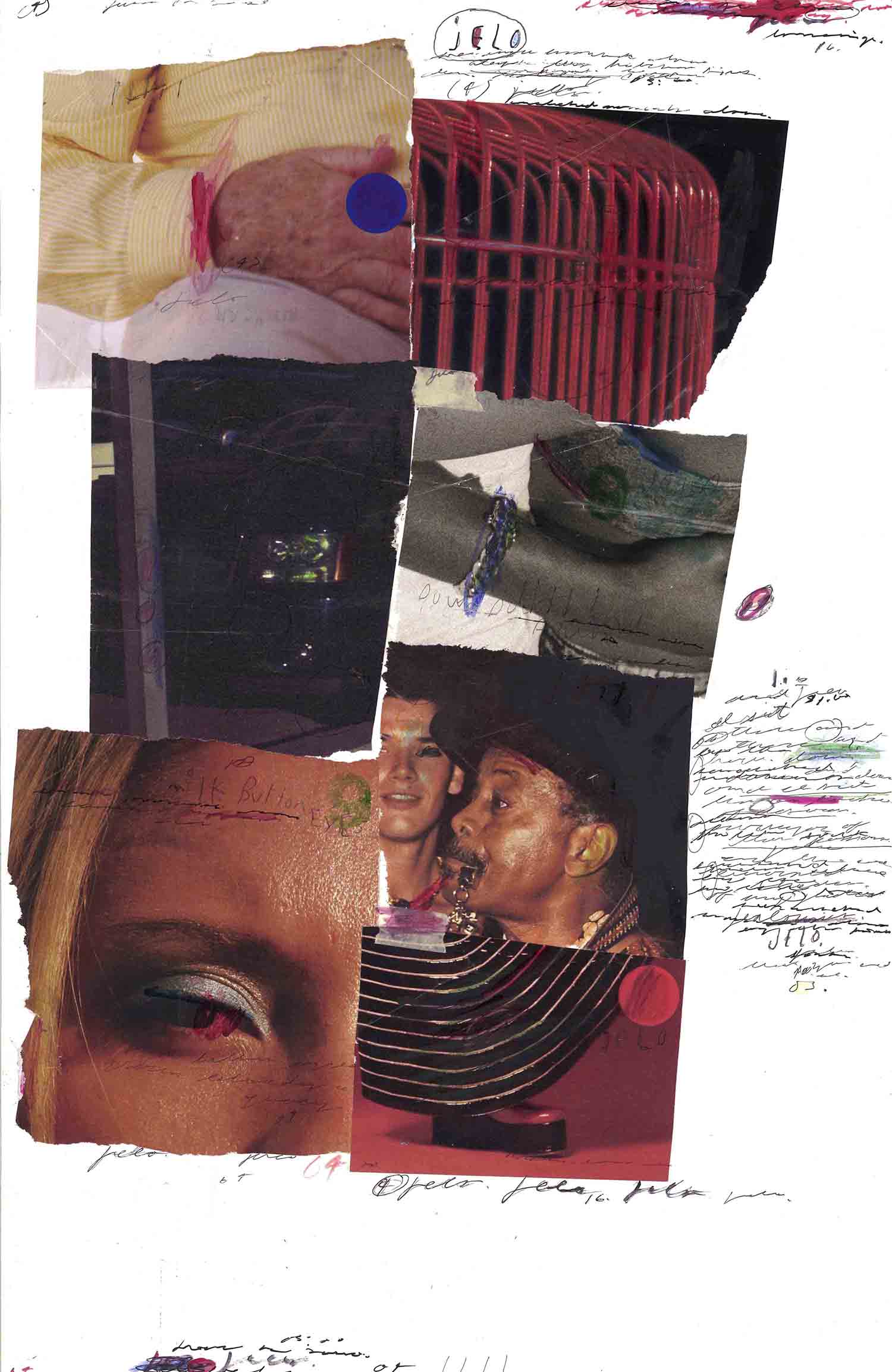 Milk button eyes and buttery smiles
The pouring of one onto the other
Standing so close, but not quite touching
The melting of two bodies smoothly-coming
together
warm blooded and gooey panted
no doubt

Whispers rolling cooly down the nape of the neck. Hushed giggles, wavering,
lingering, as kites do, in a brisk spring breeze

Hands circling, gesturing, round and round, fingers twiddling this and that. Like this is how it goes

it can go the other way too

gingerly stepping behind the alcove

there and there
and here

down, down
and down

the onlooker of desires
purveyor of their passions

In the cool Emerald shades
of my jaded jealousies