Choreographer Kyle Abraham, actor Jeremy Pope, and artist Louis Fratino on what it means to be a man today

“The answers you get depend on the questions you ask,” wrote Thomas S. Kuhn in his influential book The Structure of Scientific Revolutions. If you haven’t heard of Kuhn, you have most certainly heard of the concept that he identified and named: the paradigm shift. Over the last few years, the creative world has had to reassess the underlying assumptions, founding principles, and established institutions upon which artistic legacies have been built by asking questions that had never been posed before.

The answers ushered in a cultural paradigm shift concerning models of masculinity and forced a reckoning between the traditional notions that are worth preserving, and those that must evolve.

While there is still much to be done, it is clear that some men are leading the way, redefining masculinity for the modern age by fearlessly expressing vulnerability and acknowledging their emotions and sensitivities, through their work and through their personal lives. One such man is the choreographer Kyle Abraham, founder and artistic director of the A.I.M. dance company. Abraham likes to call his style “postmodern gumbo,” by which he means it draws inspiration from many forms, including the kind of dance he likes to engage in at the club. But the language of his work is steeped in his love of his roots, and an abiding desire to celebrate those who are rarely celebrated. “I want to highlight the beauty within the community that I grew up in, to honor my parents,” he says. “For so long, if you were seeing black bodies on stage, it was either to portray something negative or to sexualize that body. And that’s not what my work has ever been about.”

When Jeremy Pope moved from Florida to New York at the age of 17 to pursue musical theater, he was under no illusions. “There weren’t a lot of Broadway shows that I saw myself represented in,” he told CBS. “I knew that I would work my butt off to make something happen.” That ethic paid off when Pope landed the part of Pharus, a student at a mostly black, all-male prep school, in Tarell Alvin McCraney’s Choirboy, shifting his trajectory overnight. The New York Times heralded his starring role as “a sensational Broadway debut,” and Pope went on to turn heads in Ain’t Too Proud: The Life and Times of the Temptations. He was nominated for Tony Awards for both shows—only the 6th actor in Tony history, and the first black man, to be nominated for two performances in one season. Pope, who also writes music, now steps back in time as an aspiring actor in Ryan Murphy’s new Netflix series Hollywood, set in a post-war (and very whitewashed) movie industry.

Children’s storybooks were the wellspring for Louis Fratino’s love of art. The artist, who sits at the vanguard of a new art movement, recalls making his own books as a way to understand the mechanics of portraiture. In high school he quickly developed a distinctive style, delineated by his interest in the poetics of love and intimacy and relationships. “I was someone who was really lucky in life to be showered with love from my parents,” he says. “It’s obvious for me to want to dwell on that as an adult.”

Ermenegildo Zegna, quick to embrace and celebrate the beauty and freedom that the new masculine ideal can represent, launched the brand’s fall campaign with a simple question: What does it mean to me a man today? The answers all centered around the importance of questioning preconceived paradigms. For Spring 2020, Ermenegildo Zegna explores these questions by shining a spotlight on men who are engaging in this discussion with themselves, their communities, and the environment—and turning those discoveries into tangible ideas.

Together, Document and Ermenegildo Zegna selected these three remarkable men who are shifting the paradigm in profound and beautiful ways, and asked them the questions that matter most. 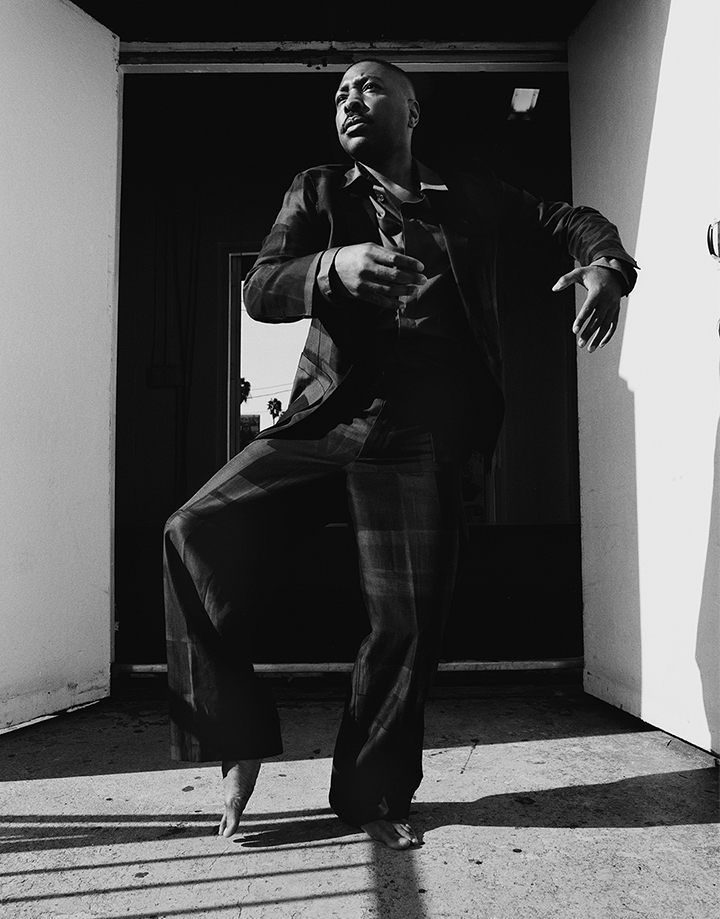 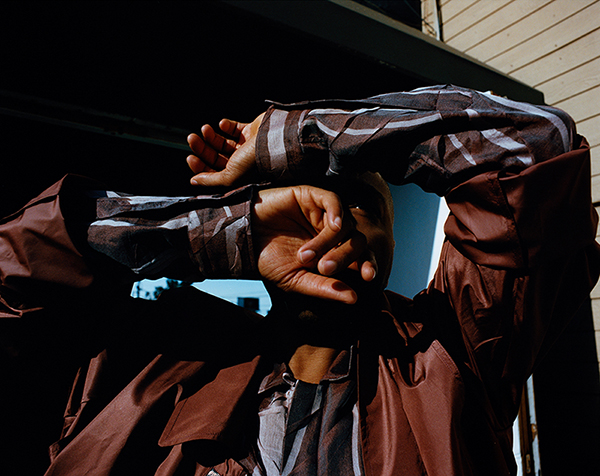 Document: How would you define your values and principles?

Kyle Abraham: The most important things for me are to really be honest and to be present, and to not get self-conscious about what I’m doing and why I’m doing it.

Document: What’s a lesson you learned through your art?

Kyle: No performance should look and feel the exact same way every time because part of the performance comes from the audience, and the audience is different every night. A moment that might have seemed comedic to one audience may seem offensive to another, or maybe cerebral to a different group. So you can’t perform anticipating their reactions.

Document: Who were your role models and how did they influence you?

Kyle: The dancer and choreographer Ralph Lemon is one of my ultimate idols. He makes really powerful, emotional, thoughtful dance work. I’d also say Faye Driscoll. She knows what she wants to do, takes the time to figure out how to do it, then she commits to doing it in an unconventional way.

Document: You also teach. How has this shaped the way you think about yourself as a mentor?

Kyle: When I teach I am not thinking about myself, necessarily. I get excited by watching the eureka moment. When the students have epiphanies in class, they grow as artists. It’s my role to give them a nudge and to help them find themselves, but not to take credit for what they do.

Document: What motivates you to want to give back?

Kyle: You can’t complain about things that frustrate or sadden you if you’re not doing anything to help solve them. I never want to be complacent. It’s not about money; it’s about continuously trying to be creative and figuring out ways to give or—especially in these current circumstances—to connect.

Document: Describe your work with seniors.

Kyle: It comes from my fascination with hearing people’s histories, and it evolved into a really organic mentorship between seniors and younger generations simply by having open conversations. I have so much respect for our seniors. I think they’re amazing. They are, in some ways, very uninhibited and in other ways, very fragile. They still want to be touched.

Document: If you could invite anyone living or dead to have a coffee and a conversation, who would it be?

Kyle: My grandfather, Samuel Abraham, who passed when I was in elementary school. I would love to have known more about the time in which he lived and about his experience raising my father. On the other hand, I would say Sam Cooke. I’d want to know how he approached writing songs of love in times of pain and trouble. 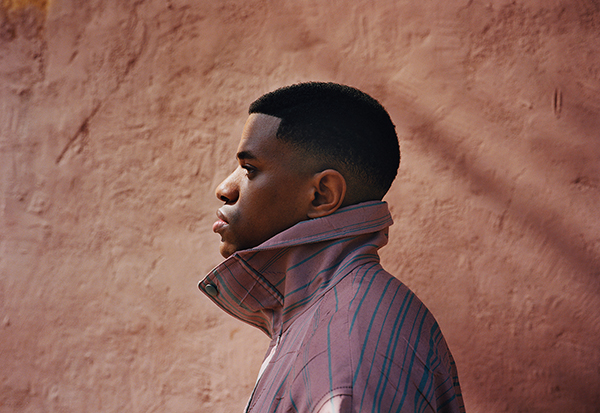 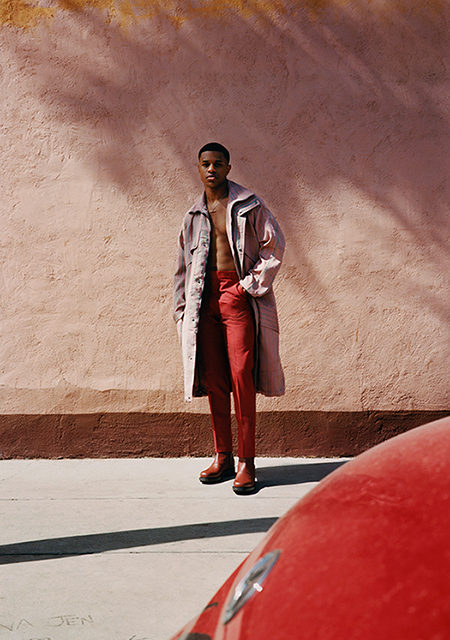 Document: In one sentence how would you define your values and principles?

Jeremy Pope: I try to practice patience in knowing there is always room for more compassion.

Document: Who were your role models and what about them influenced your life?

Jeremy: Growing up, my biggest role model was my dad, Ty Pope. He was determined to be 100% present in my life, never missing a milestone or important event even if that meant driving hours just to spend the day with me. He showed up to every basketball game I had. My dad dared me to set goals and dream the unimaginable. Oddly enough, he was a pastor and a professional bodybuilder; two very distinct practices. One was sensitive and the other hyper masculine. He bought me my first car when I turned 16. He also bought me my first Barbie as a kid. He never made me feel shame about my creative spirit.

Document: What inspired you to create a workshop to bring more youth of color into the theater world?

Jeremy: When I started acting, I was struck by how few people of color were working behind the scenes; attorneys, managers, financial advisors, publicists, and so many other career paths where people of color are underrepresented. I want to create opportunities for young adults to learn about these careers and expose them to professional goals they didn’t even know existed.

Document: How do you practice self-care?

Jeremy: I often build moments of stillness into my schedule. I use this time to reflect on what my heart is feeling—the good and the bad. I set new intentions and goals. I check in on my grandparents who remind me to “make sure you eat good now” or “save your money, son.” As easy as it is to stay connected these days, we often take it for granted. I’m always working towards finding a better balance. My relationships with my family and friends is just as important as work. So I have to put in and make time for them just the same.

Document: How do you define a successful life?

Jeremy: For me, a successful life is defined by the amount of happiness and love in one’s heart. Learn to find it within, then share it with someone. 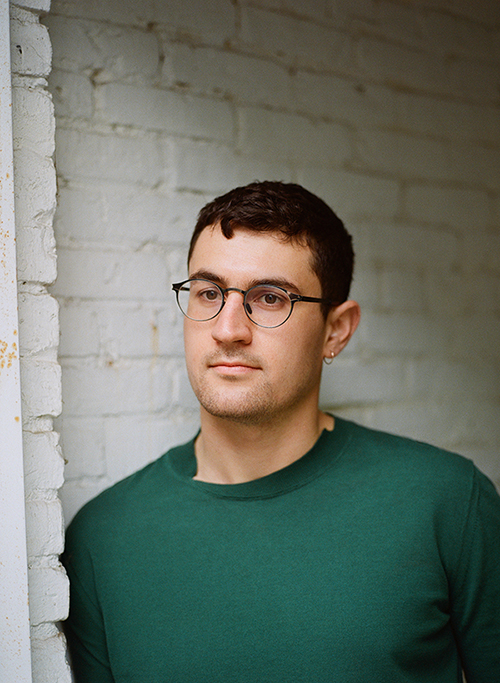 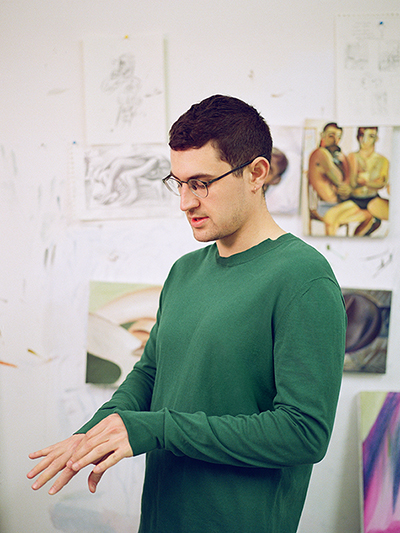 Document: What motivates you to want to give back?

Louis Fratino: I worked in education before I started painting full-time, and so many of the things that I’m concerned with—like issues of economic disparity— originate with kids. I miss teaching kids, and it’s something I’d like to do more. I also think that if I had been introduced to someone like myself as a certain age, how productive that would have been to see paintings like mine.

Document: What project has been particularly special to you?

Louis: The first show I had in New York, in the project room of a Lower East Side gallery. I like to think that all my work brings me a bit closer to the real me, but there was something pure about that show I had made a lot of tiny paintings on my uncle’s porch because I was staying with him when I first moved here, and I had no expectations. It’s difficult to get to that place now, as an artist where you make work without thinking about the audience, without thinking about the space, or the trajectory of the work.

Document: How would you define your values and principles?

Louis: Be with love.

Document: What lessons have you learned through your art?

Louis: You have to love the part of you that fails.

Document: If you could invite anyone living or dead to have a coffee and a conversation, who would it be?