"But my body is my first instrument": The Kenyan-South African artist champions humanity in an industry increasingly shaped by algorithms

For Dani Kyengo, aka BŪJIN, making music begins with a feeling—technicalities follow. “Feelings aren’t algorithms; I have to have a sense of being able to maintain the humanity in the music,” says the Kenyan-South African artist. Although music streaming services like Spotify would beg to differ—offering users an assortment of mood playlists—Dani isn’t interested in catering to the industry’s commodified categories. Instead, she trusts her feelings to lead her to a holistic composition, encompassing sonic as well as bodily and socio-political elements. She seamlessly transitions from percussion-heavy, hip-hop beats to sensual, smooth melodies— incorporating poetic wordplay all the while.

On “Weird Venom,” Dani sings in a lilting pitch, “I have heaps of light spilling, pouring, oozing.” This line acutely captures what it is like to listen to her music—the joy of the creative process itself is diffuse. The musician also finds joy in collaboration; she recently released three remixes of the track, interpreted by three different producers (Saint Deepthroat, Aryu Jassika, and Ekiti Sound) with distinct points of view. Dani welcomes permutations; as an instrumentalist, producer, composer, arranger, choreographer, and sonic installation artist, she is a strong advocate for playful experimentation, giving herself fully to her work in the pursuit of non-algorithmic expression. 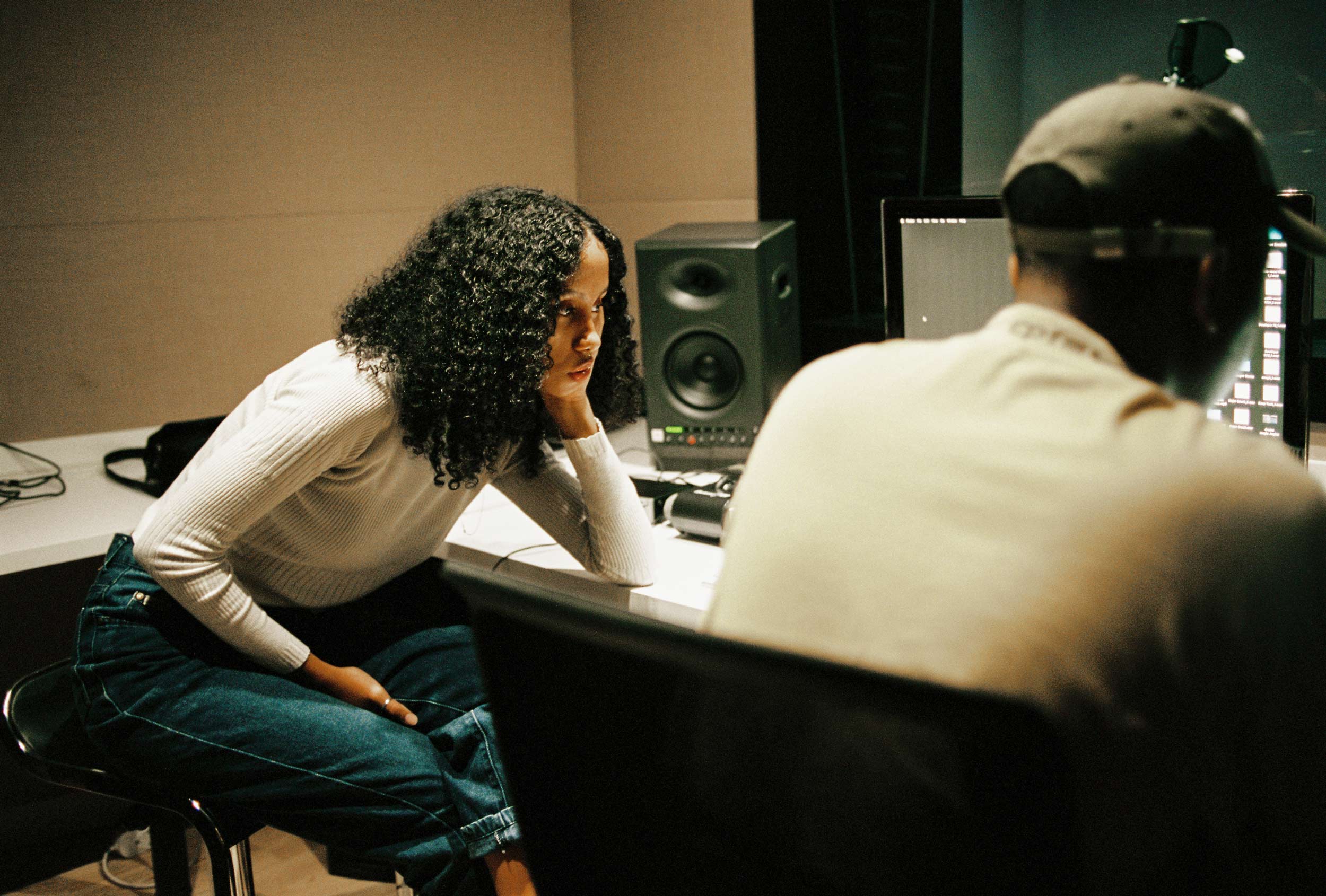 Caroline Reagan: You are an instrumentalist, producer, and composer—amongst many other things. How did you come into these different roles?

Dani Kyengo: I studied classical music throughout my childhood and schooling. Production I sort of stumbled into. I was working on editing sound for some short-form videos and video-essays in uni. It was a very-low key job at the time because I didn’t get to study music. I was doing performance, and was heavily involved in theatre, and linguistics and visual studies. So, I used to play around in my spare time, and got jobs via the internet—doing design and sound work for other artists and people, slowly building my confidence. My early stuff is still really dense and quite jarring.

Caroline: What sparked your interest in social-sonic performance and choreographic audiology?

Dani: [It’s] more than an interest, it’s just something I’ve always been involved in, even outside of my studies in the academy. I draw inspiration from embodied practices, movement, choreology, and physical theatre. Even language and the motions of language in sound and symbols—like sign language. But my body is my first instrument. It’s the root of my physical rhythm and my understanding of the world.

Caroline: As a genre-defying musician, how have you found your own sound?

Dani: Finding that is a practice that takes a lifetime…years and years of building an acute awareness of what my voice is and how my voice is mutable and malleable. I don’t feel like it’s something I want to stop and be like, ‘Ahh, okay, this… This is it. I’ve arrived,’ anytime soon.

Caroline: What elements from different styles [of music] do you draw inspiration from?

Dani: I grew up hearing a lot of hymns being sung by my grandmother in our household. That and gospel were big influences in my childhood. Play-play songs we’d make up as children in the street or afterschool, and my mother’s CD collection…Those were all influences.

But one of my biggest influences will always be classical music—from impressionism to abstraction; to the introduction of electronic technologies into music; to early baroque styles of composing, when composers would work with a lot of counter-melody, or weren’t able to compose with as great a dynamic range as has since been incorporated into music with the move from the harpsichord to the piano. They had to decorate the music with lots of ornamentations and frills, and we’re still able to hear that in some genres of music today. I love that.

Caroline: What inspires you about your collaborators?

Dani: They’re different people. None one of them have the same personality whether they’re composers or filmmakers or producers. I tend to like people who are honest (not arrogant or assholes in their honesty) and not afraid, or they can be a little shy—a bit obscure and reclusive—and still have a razor-like focus on their craft. And they don’t care much for the people-pleasing bullshit of the industry. 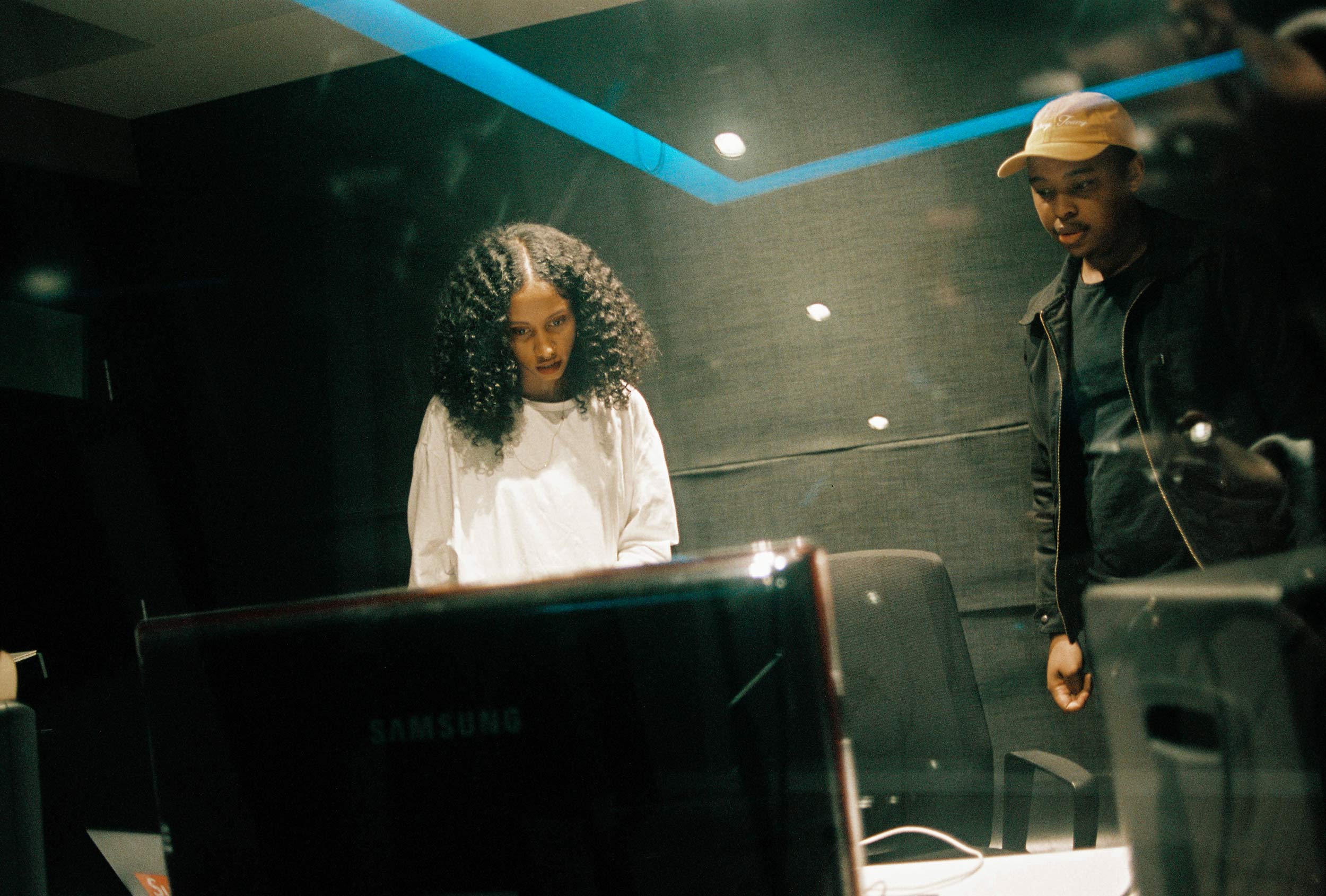 Caroline: How have your collaborators influenced your work?

Dani: With my current music project, I’ve tended to lean into the consistency of building in isolation and with a core group of instrumentalists and collaborators who I trust, more so than working with a lot of people. I don’t enjoy a lot of mental noise, emotional clutter, or egos cluttering the work. If we click—if I get you and you get me from the beginning—we move like a hot knife on butter. Striving for that feeling of seamlessness when working with someone is one of the biggest influences on my craft.

I’ve found that not everything everyone does aligns with how I like to communicate things. And because I rely on feeling and chance so much in the process of making, the people I tend to collaborate with most seamlessly are those who have more of an awareness of themselves; an awareness of space and breath in music, a sense of directness in communication and in their playfulness, and who aren’t timid—they aren’t afraid of going to those really ugly or dark places in sound. And this is because I like the feeling of working from a place of confident awareness. So, I tend to feel a strong sense of creative attraction and admiration for the people I work with who embody that feeling too.

Caroline: In what ways does your music contain a socio-political bent?

Dani: Lyrical subtext, poetics, and language are strong conduits for my writing. I like to play. I like keeping some mistakes in the songs I write or compose. But not always. The beat, harmonics, and rhythmic make-up are important to me; however, what’s most important, is that I don’t ever want to feel like I’ve made the same thing twice.

I’m by no means the most technical instrumentalist or composer, but I work from my feeling because I trust it. That includes who I choose to collaborate with, because feelings aren’t algorithms; I have to have a sense of being able to maintain the humanity in the music, and that includes [celebrating] moments of chance and playfulness by making mistakes along the way. 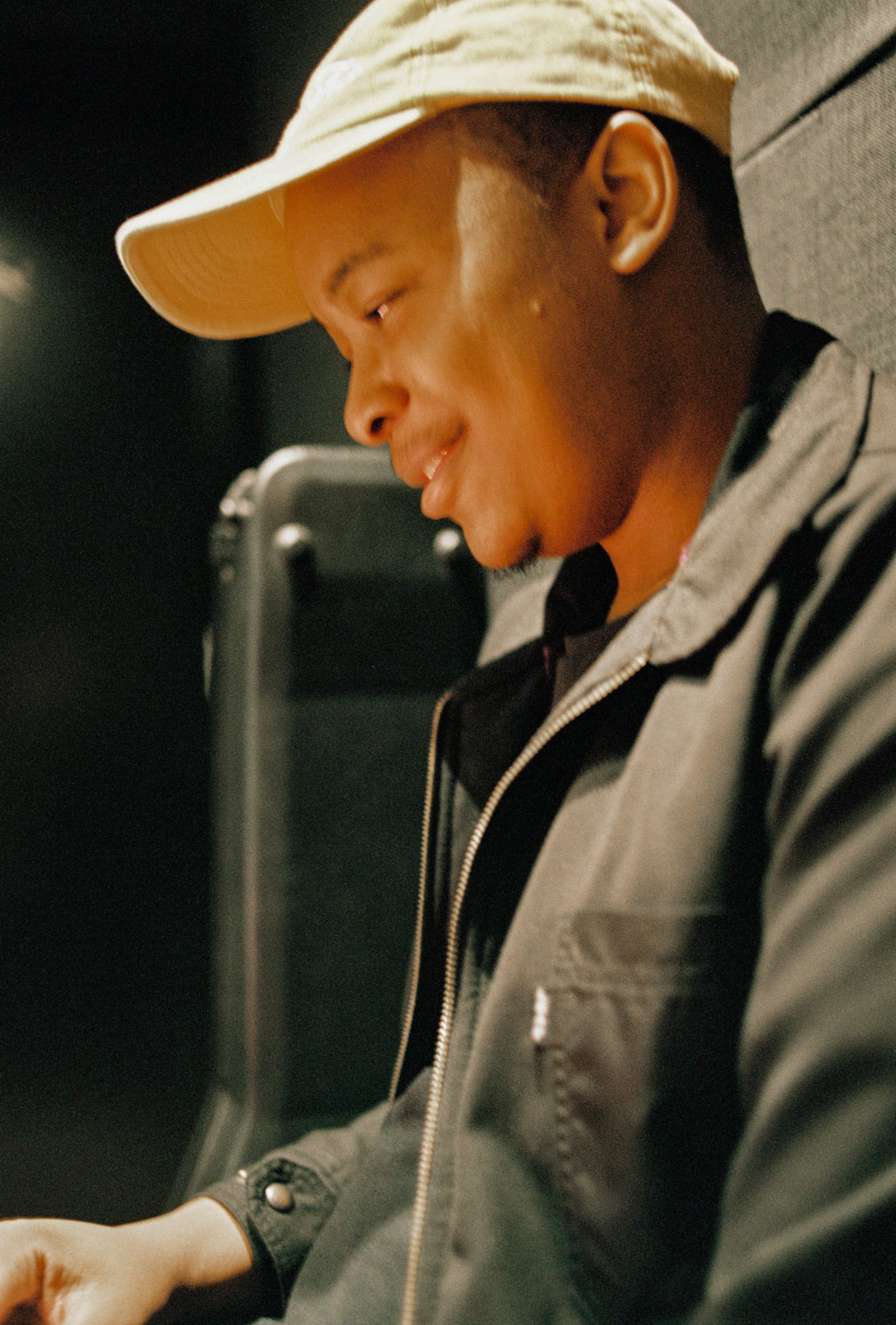 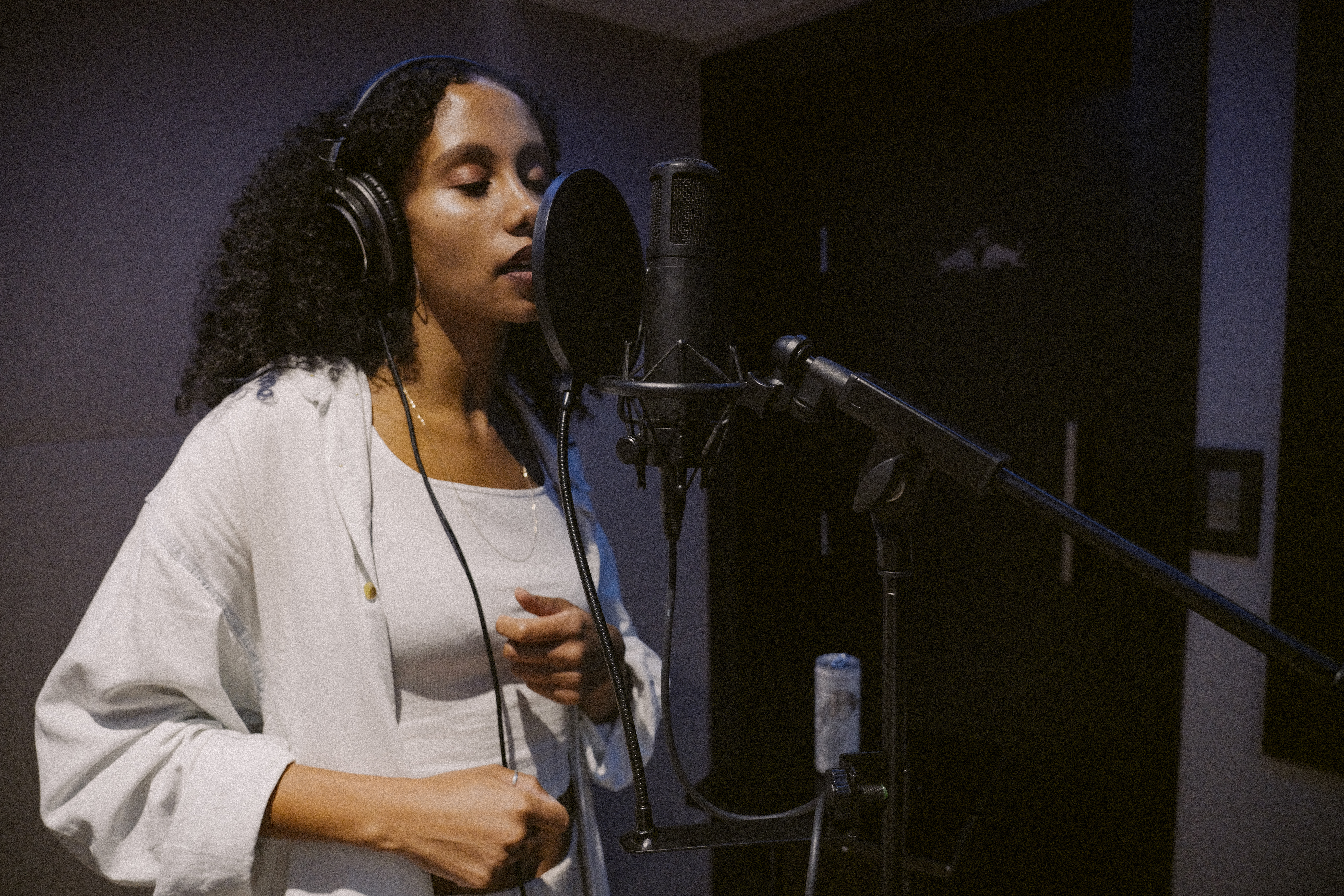 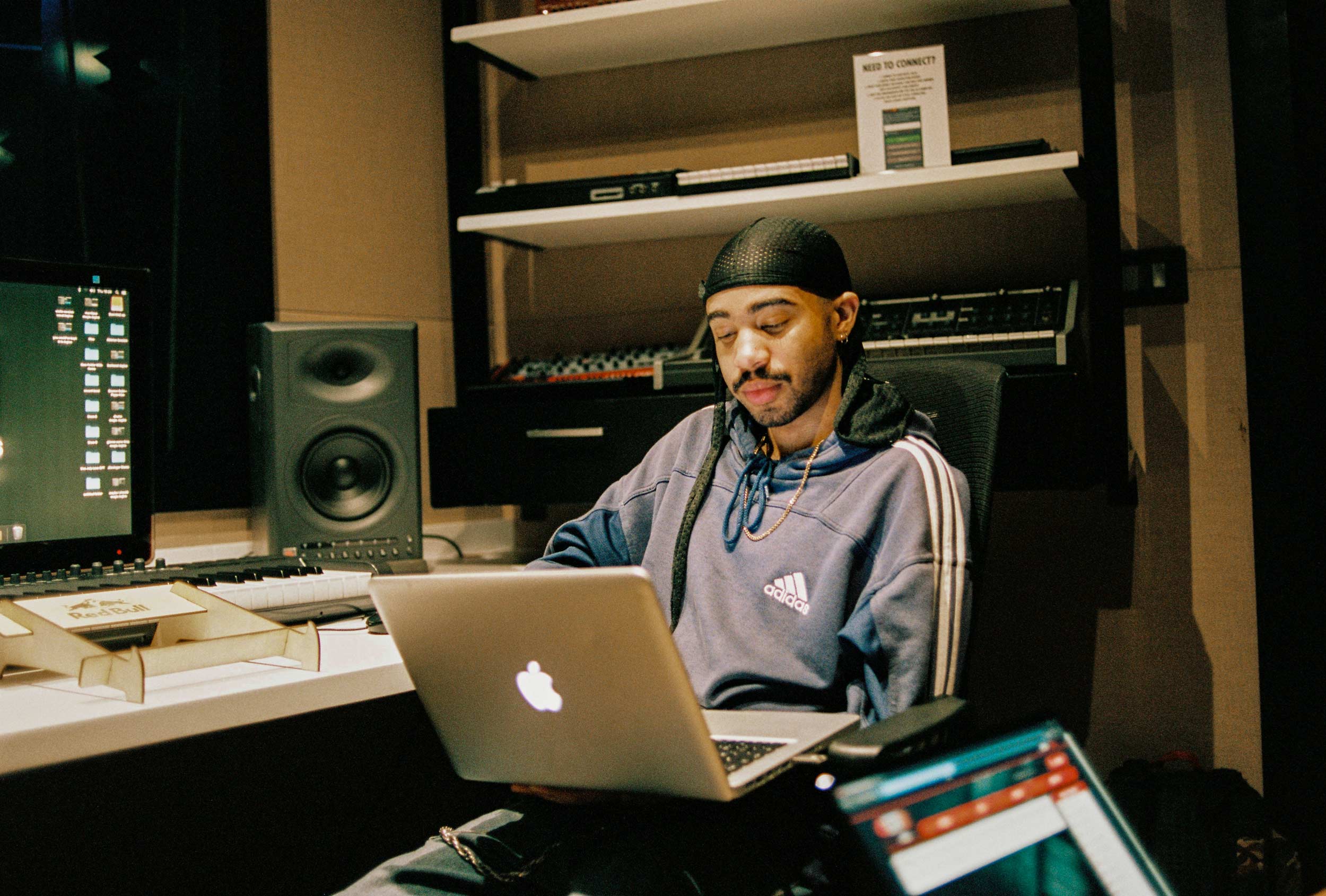 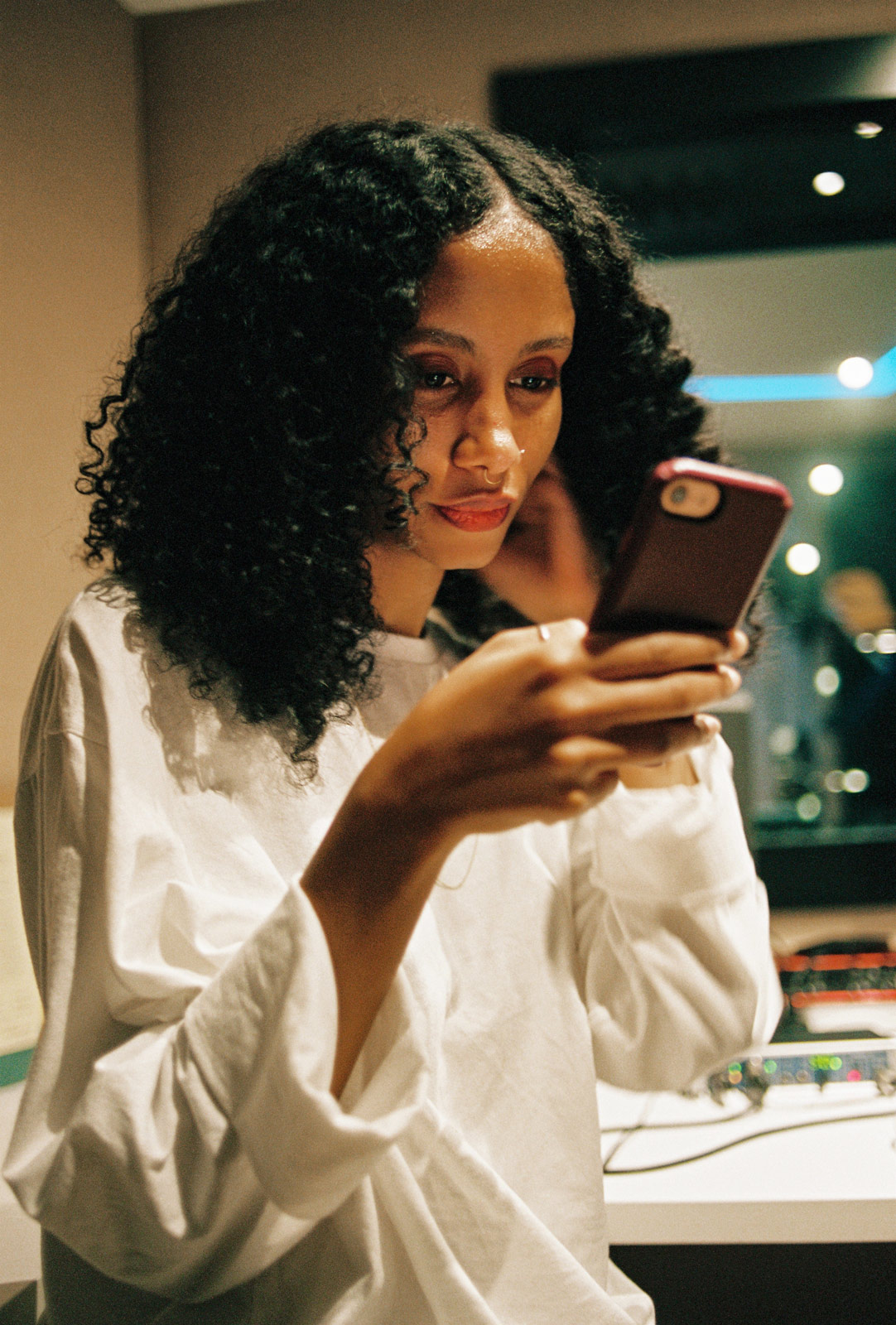