To innovative young jazz group, music and community are one and the same

Two weeks into New York City’s shelter-in-place order, Isaiah Barr and Austin Williamson—founding members of the wildly innovative NYC jazz group, Onyx Collective—lament about not being able to get the band together. “I’m thankful for today,” Williamson says. “But this is heartbreaking, really, because we can’t go places, we can’t link up with each other.” Onyx Collective’s music is almost entirely predicated on social gatherings and performing in physical spaces, so that is heartbreaking.

Barr founded the group as a teenager in 2014, and it gained traction shortly after, when he was given a timeslot on Know Wave by the independent radio station’s founder, Aaron Bondaroff. Every Wednesday Barr would call up his musical cohort—which included Austin Williamson, Josh Benitez, and Julian Soto; the core members of Onyx Collective—to jam over the airwaves. It was a formative time for Barr and the group. “He was really supportive,” says Barr of Bondaroff, “and gave us many opportunities outside of Know Wave to express ourselves and be taken seriously.” Through Know Wave and the skateboarding and clothing brand, Supreme, Onyx Collective was able to release their first album, the nebulous splatter of free-form jazz, Second Avenue Rundown. But perhaps the best opportunity was access to the many talented people affiliated with the radio station. During this incubation period, Barr began developing Onyx Collective into what it is today; a collaborative web of visual artists and musicians.

Onyx Collective is as much a community as it is a music group. Barr, Williamson, Benitez (the keyboardist), and Soto (the singer) constitute the core, but the band has an open-door policy; at times, six, eight, twelve people will crowd the stage, many of whom are not hard-and-fast jazz musicians. English singer-songwriter and Know Wave veteran Dev Hynes (AKA Blood Orange), soul crooner Nick Hakim, New York rappers Princess Nokia and Wiki, and Supreme collaborator Sage Elsesser have all stepped under the Onyx Collective umbrella at some point or another. There’s a magnetism about the group that pulls artists across genres and mediums. It has something to do with the real-time, synaptic whiplash of truly improvised music, a once bygone energy that was cultivated in the 52nd Street clubs of the bebop era, but which Onyx Collective is now grafting onto the thriving scene of artists, designers, and musicians in the Lower East Side. 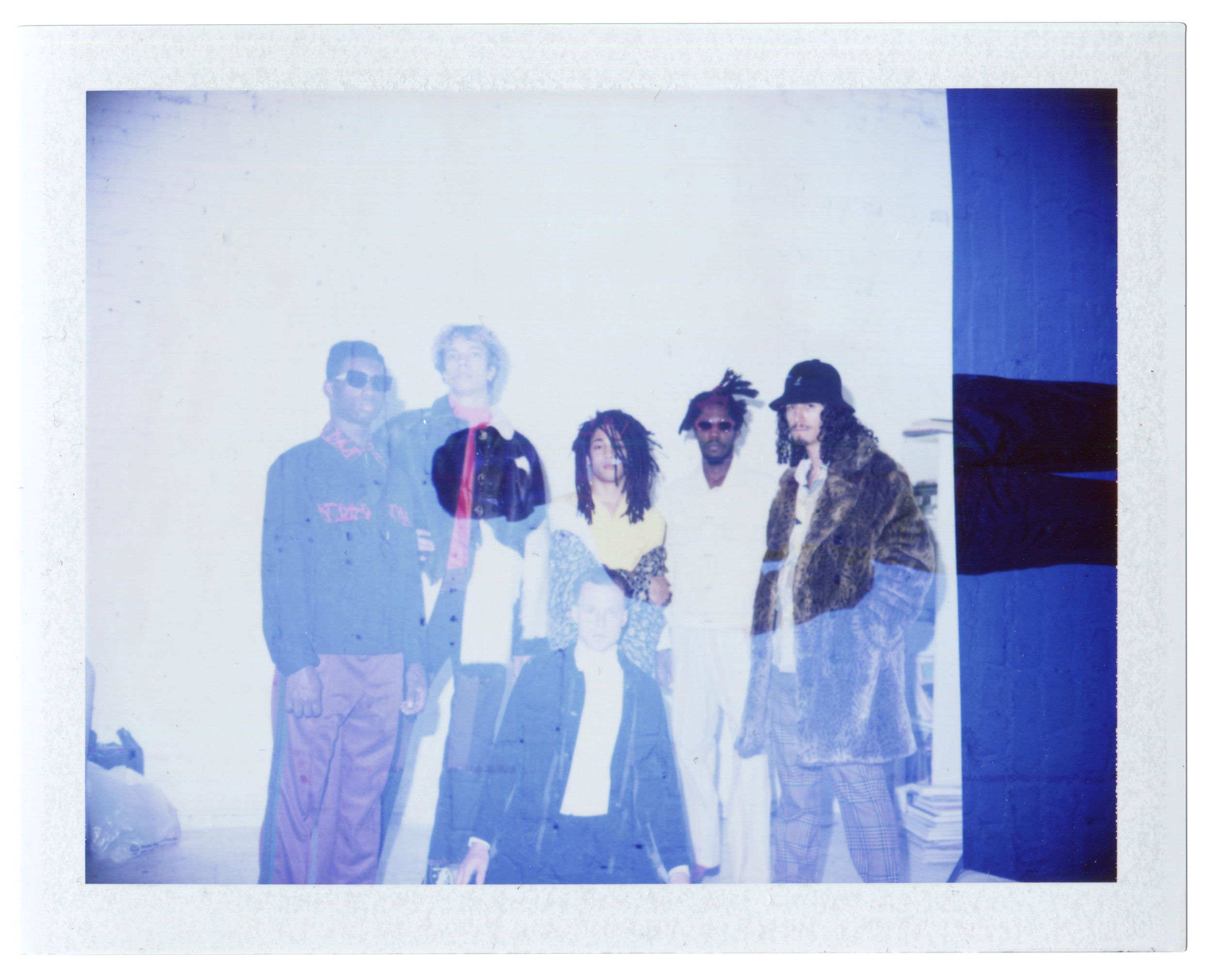 The sounds Barr and his league of musicians create are reactionary and highly dependent on the environment. “We gotta just go with what’s happening around us,” Barr says. “Someone can be skateboarding down a ladder, in the middle of your set, and you’re like, ‘What the fuck is going on?’ But you gotta continue. You also gotta take into consideration that everything you played before may have led up to that. And that can be confusing, but it can also be great.”

While more and more musicians take advantage of digitized production, Onyx Collective’s whole raison d’être is predicated on being together and occupying the same space. Not only on the bandstand, but off it. “Spontaneity is the essence of the music we play,” says Barr. “We’re together, it’s of the moment, we’re responding to each musician and the sum of their parts. It’s not a selfish thing. It’s not an individualistic thing. It’s a family thing; it’s not just a gig. There are so many emotional things tied to how this works.”

Barr and Williamson credit the music they make to interpersonal relationships cultivated over time. “The John Coltrane Quartet—these guys played that way because they had a bond. And he made that music off of bonds, out of relationships,” Williamson says. “I think it just goes hand in hand with the music that we play,” Barr responds. “The only option we had was to create a community, a trust, a bond. Our mission wasn’t to become a band or achieve some sort of success. We were just kids trying to create music with one another.” Onyx Collective is about freedom and the expression of everything in their lives. It’s getting a cup of coffee and eating together. It’s the places in which they gather. It’s about the communion in community as much as it is about the music—because they’re one and the same.

In that way, the music tends to extend beyond its own sonics. Onyx Collective’s third album in the Lower East Suite series, Lower East Suite Part Three, was recorded in idiosyncratically iconic locations. It serves as an album as well as an archive of New York City. The music on this record is an ambiance, an intangible feeling that is permeated with the space in which it was recorded.

Songs on the album like “Magic Gallery,” “Onyx Court,” and “FDR Drive” are meditations on the band’s relationships with those places. Others like “Eviction Notice,” which imagines a dramatic encounter between a tenant unable to make rent and their unforgiving landlord, investigate the feelings that arise from the impermanence of those places. “It was special to be able to do that,” says Barr, “because who knows if people will have the chance to do that in New York in the future.” 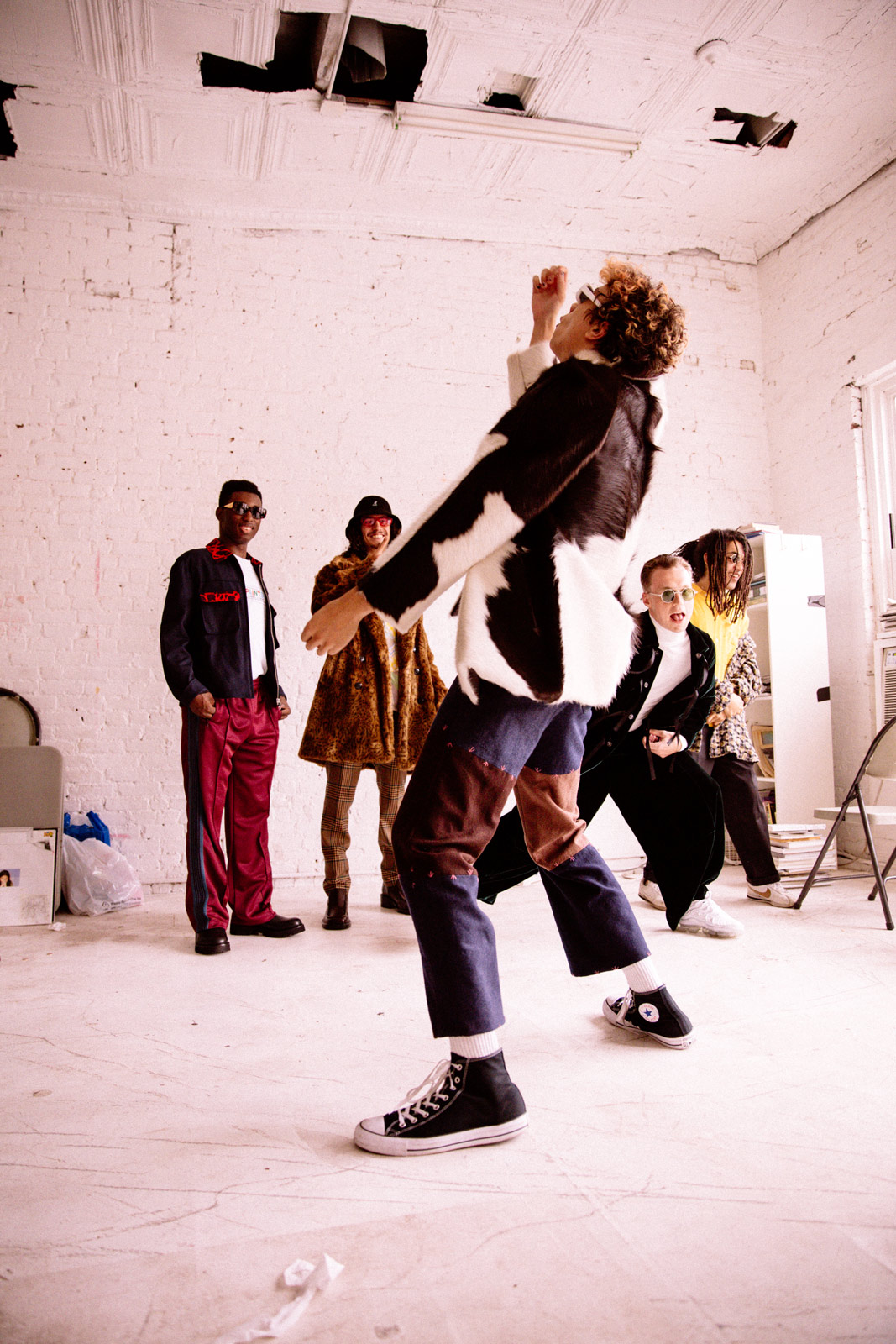 “A lot of the [songs] were improvised all around the city, in places that don’t really exist anymore,” Williamson says. Those places were where we were able to express and cultivate a vibe that was filled with freedom,” Barr adds “We weren’t adhering to the rules of a place that’s been established. We’re just telling the story of these places. We’re lucky to have been able to record these songs, to have them. Hopefully they serve as testimony to who we were.”

On their newest album, Manhattan Special: Onyx Collective Plays Rodgers & Hart / Rodgers & Hammerstein, they take to engaging with a different kind of legacy. “You could just play any melody from any one of those songs, and your mom is gonna recognize it,” Williamson says. “Either from a musical, a movie, their favorite singer,” Barr adds on again. “The album is really just a series of re-imaginations. It’s the opportunity to do something beautiful that’s timeless; these songs are a hundred years old, but they’re just as relevant today.”

Barr and Williamson treat these songs like heirlooms; they’re lasting pieces of music history with which one can engage and contemplate everything that came before. “It’s a conversation within a conversation,” Barr says, “based on the fact that many people have covered these songs and reimagined them. I think we all learned a lot from going back in time and playing these songs. It was also an opportunity to bring different communities of vocalists, instrumentalists, artists together and create something. Maybe it’ll lead someone to go listen to Sarah Vaughn’s version, or Ella’s, or The Supremes’, or Johnny Cash’s. The music has been done by the greatest musicians to ever live; this album was just a humble offering of what we could do.”

A week after the interview, at 7pm, when dusk starts and the entire city begins its nightly cheer for frontline workers, Barr hopped on Instagram Live. With his camera pointed towards downtown Manhattan, he began improvising over Chet Baker’s meandering song “My Ideal,” scattering the melody around just enough to make the tune recognizable. As Barr joined everyone in celebrating the city and the people that keep it running, I was reminded of something Williamson said towards the end of our interview: “There are just so many things going on in the world, we just want to contribute; not take away. We play together as much as we possibly can, and the hardest moments in life are when we can’t. It’s everything.” 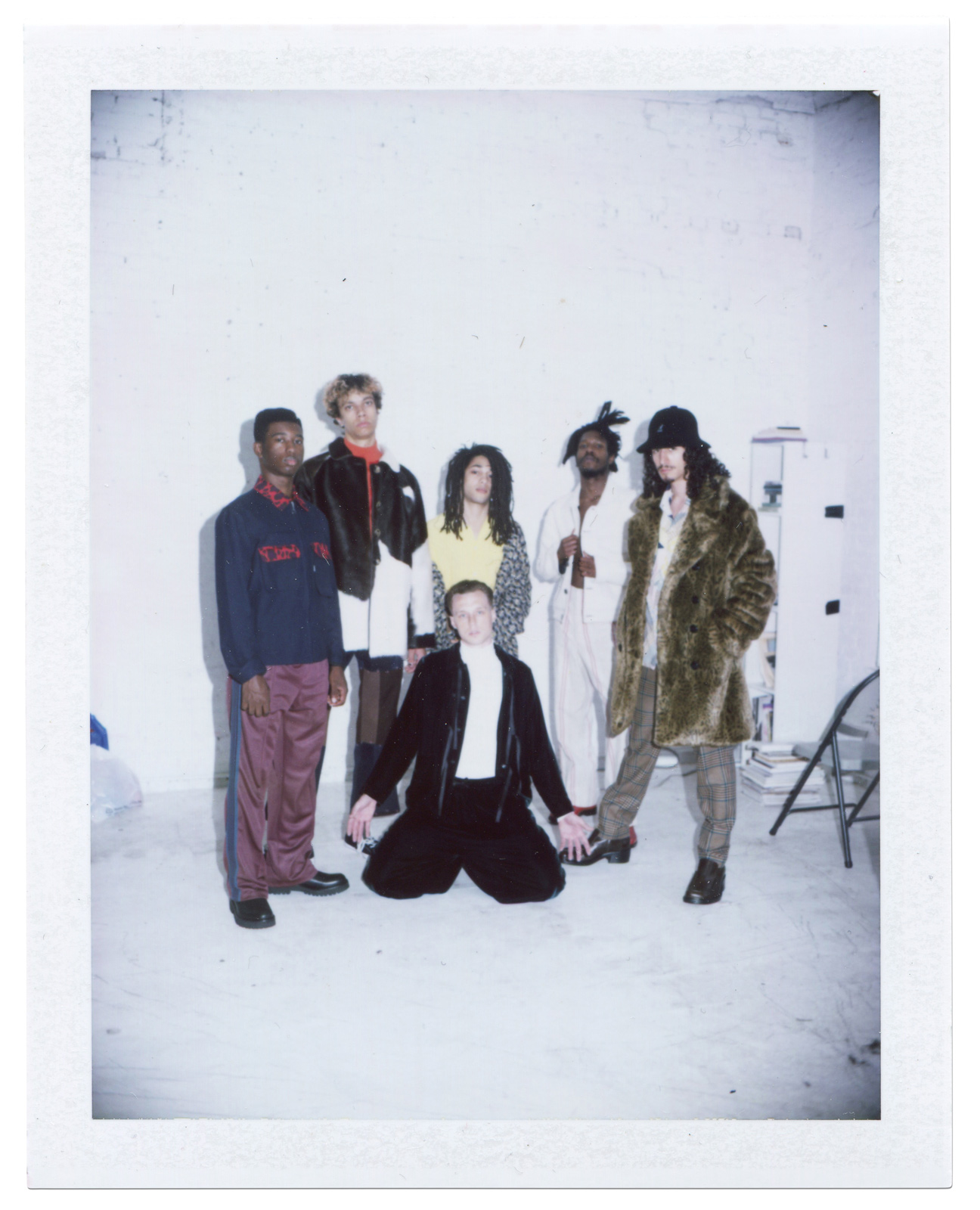 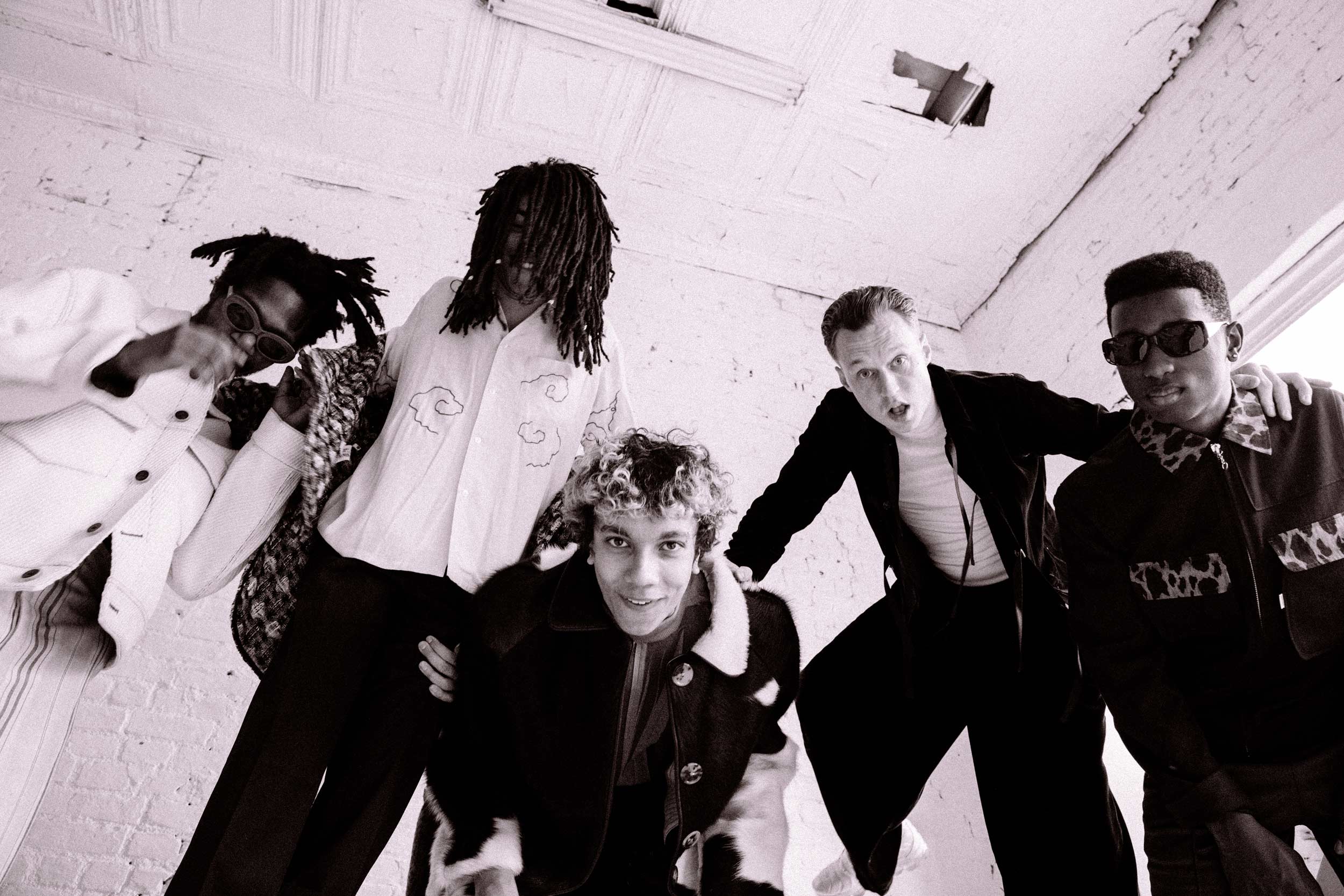 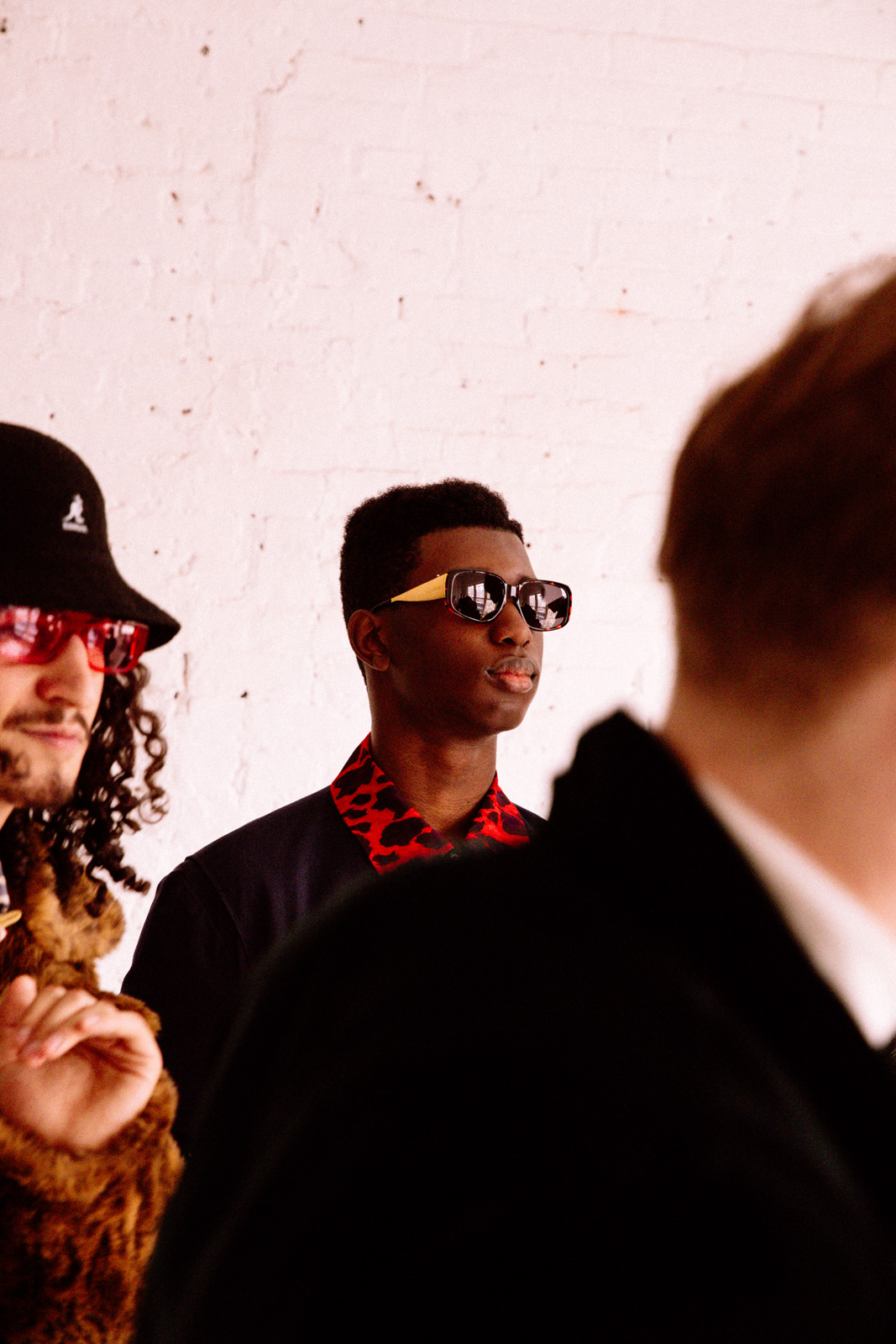