Behind every great album is a great producer. Many have outstanding musical projects of their own, but it’s rare for producers to find success as performers in their own right. Those that do—Quincy Jones, Brian Eno, Pink, Sia, Mark Ronson, Pharrell, Damon Albarn—have bodies of work with others that often precedes their own. The title of ‘producer’ can be hard to shake, but can also lend a certain swagger and majesty.

Madge is an LA-based producer making their first proper foray into their own musical project. They make pop music, but their latest release calls to mind experimental acts like Gorrillaz and Bowie. Four archetypal characters represent different parts of Madge’s psyche and the feelings that influence their songwriting. On Madge’s single “Headshot,” they put these demons on full display, cycling between moods as the song evolves. The track is a tight and driving production. It’s layered with synthesizers and has a pumped-up rhythm section. Madge’s vocals live somewhere between rap and the classical timbre of pop. Sitting atop the mix are overdriven guitars that add a jagged edge and punctuate the drama of the song. Different elements of it remind me of Britney Spears, Nicki Minaj, The Talking Heads, and RuPaul.

In the conversation below, Madge and I discuss the production-to-performance crossover, internet culture, and everyone’s favorite, Love Island.

Steele Kratt: So I guess I’ll just dive right in. I play music, and this is one of my first interviews where I’m asking the questions, so hopefully I’m not a pain in the ass to be interviewed by. So—how has your relatively illustrious resume as a producer informed your decision to release your own project?

Madge: I tend to want to release the craziest and weirdest stuff I do. When I produce for other people, I’m adding my flavor to what they want to do, but when it’s my own material I try to let loose a little bit more. The problem with that is that I tend to lose objectivity. Self-producing adds a bit of insecurity to what I make, because I can’t have this artistic vision outside of myself. I think working with other artists gives you a clear vision and a clear goal, but when I’m on my own it becomes more subjective.

Steele: Are you open to working with other producers?

Madge: Yes! My upcoming project is a co-production. I like to have songs that are at least partly me, if not mostly me. Though, I haven’t yet released a song solely produced by someone else. That said, I love collaborating, and I think it ups my production and artistry.

“I struggle to find a unified sound in my work, and that has been very stressful to me, so I decided just to divide the themes into four different personalities. I call them my demons.”

Steele: Are you playing all the instrumentation on ‘Headshot’? Are you sampling?

Madge: I’ve never sampled, everything is written and played either by myself or Chance, who played guitar on the record. I can play guitar but not as well. The chords are my composition, but his performance.

Steele: Sometimes music is revered for being pop, and other times it’s seen as a bad word. What is your take on ‘pop’? Do you like being referred to as a ‘pop artist’?

Madge: I like pop music, and I think that what I do is pop. I think that a lot of the time I’ll make a catchy pop song, but then it’ll come out a bit weirder because of my brain. I don’t intend to make the weirdest shit I can, and I don’t intend to make a pure pop song either. Sometimes it just ends up somewhere in-between and somewhat psychotic. None of it is intentional, but I do consider my music pop. 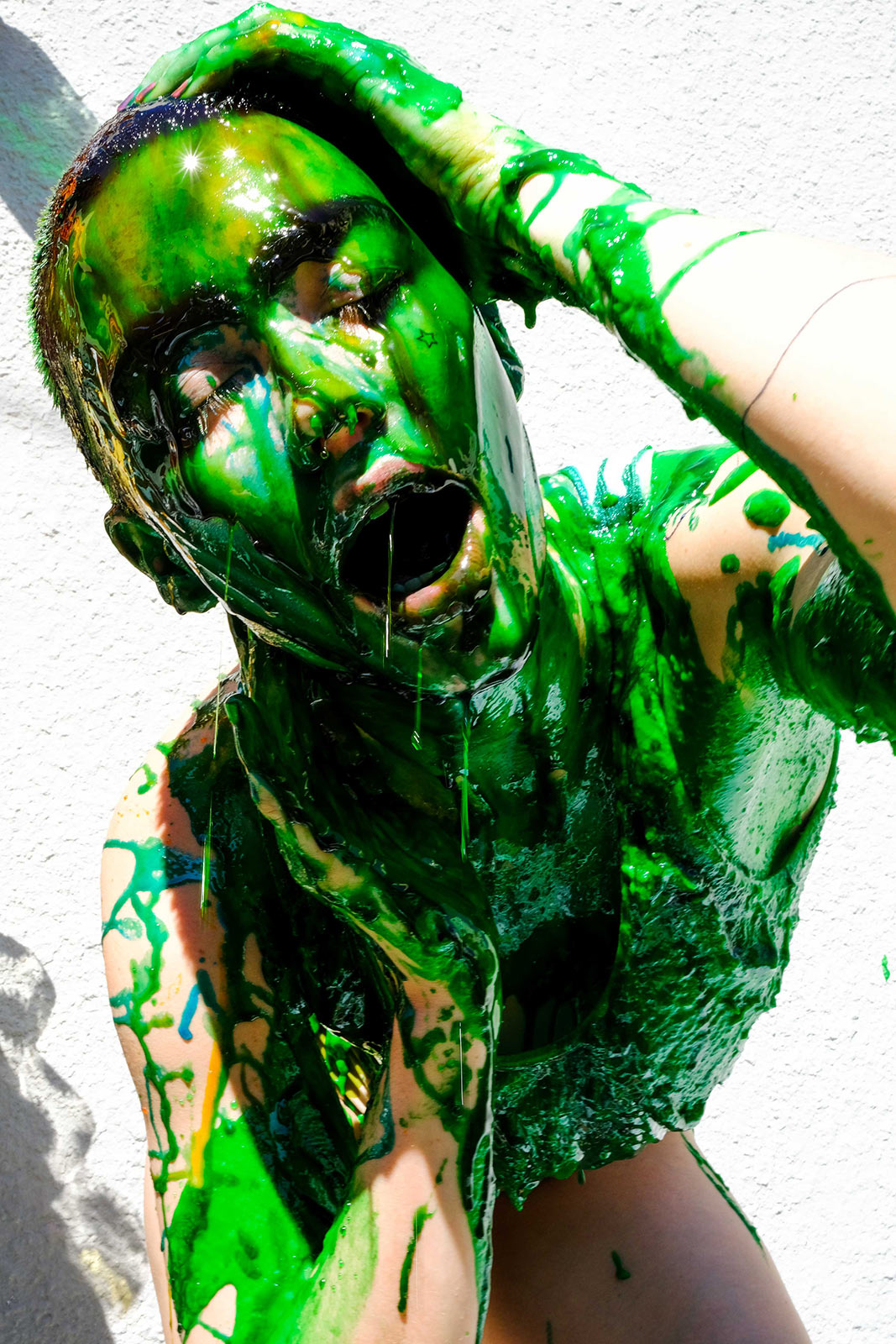 Steele: Which half-decade is your favorite of the Top 40 era?

Madge: Early. Well—that’s too hard, they’re too different. I love the campiest, dragiest Britney, like ‘Work Bitch’ and others from that era. I think it’s incredible, but it’s a different beast from that early and iconic Max Martin era.

Steele: I’m always a fan of multimedia experiences that coincide with a release. For this project you’ve made an interactive website with bios and photos of self portrayed characters. Would you say that there is a correlation between you and the cast of Madge characters? Or are they more a physical manifestation of internet culture?

Madge: I think that they’re definitely a direct cross section of my brain. I struggle to find a unified sound in my work, and that has been very stressful to me, so I decided just to divide the themes into four different personalities. I call them my demons. They’re highly volatile people in my head that are influencing my work.

Steele: Do the lyrics in ‘Headshot’ pertain to a specific Madge character? Do the characters appear as individual protagonists, or is their relation to the music more vague?

Madge: They have their voices in there and they are different. They sound different, and say different things. The song works through a bunch of ideas, but ultimately it’s kind of a snapshot of all these people that want attention and take up parts of my brain.

“I would live in the 1920s. It sounds so cliché, but if you look at what culturally and philosophically happened in that era—as far as surrealism and nihilism and dadaism—it kind of sets the framework for internet culture.”

Steele: It’s time for a classic question—which eras would you want to live in if not the present? Pick one from the 20th or 21st century and one from before.

Madge: I would live in the 1920s. It sounds so cliché, but if you look at what culturally and philosophically happened in that era—as far as surrealism and nihilism and dadaism—it kind of sets the framework for internet culture. That time deeply speaks to me. And for any other era, I’d probably choose the renaissance era. I think I could see myself in that time. Because, I don’t know, I like a renaissance fair, @ me.

Steele: Totally! I think that in a past life I was a knight or a squire, so I fuck with that period for sure. I think that’s such an interesting time. Any era before 19th century technology is gonna be grim, so I’d rather it be cool and shitty.

Madge: Yeah, I’d be burned at the stake, probably, but it’d be cool to experience culture before technology. 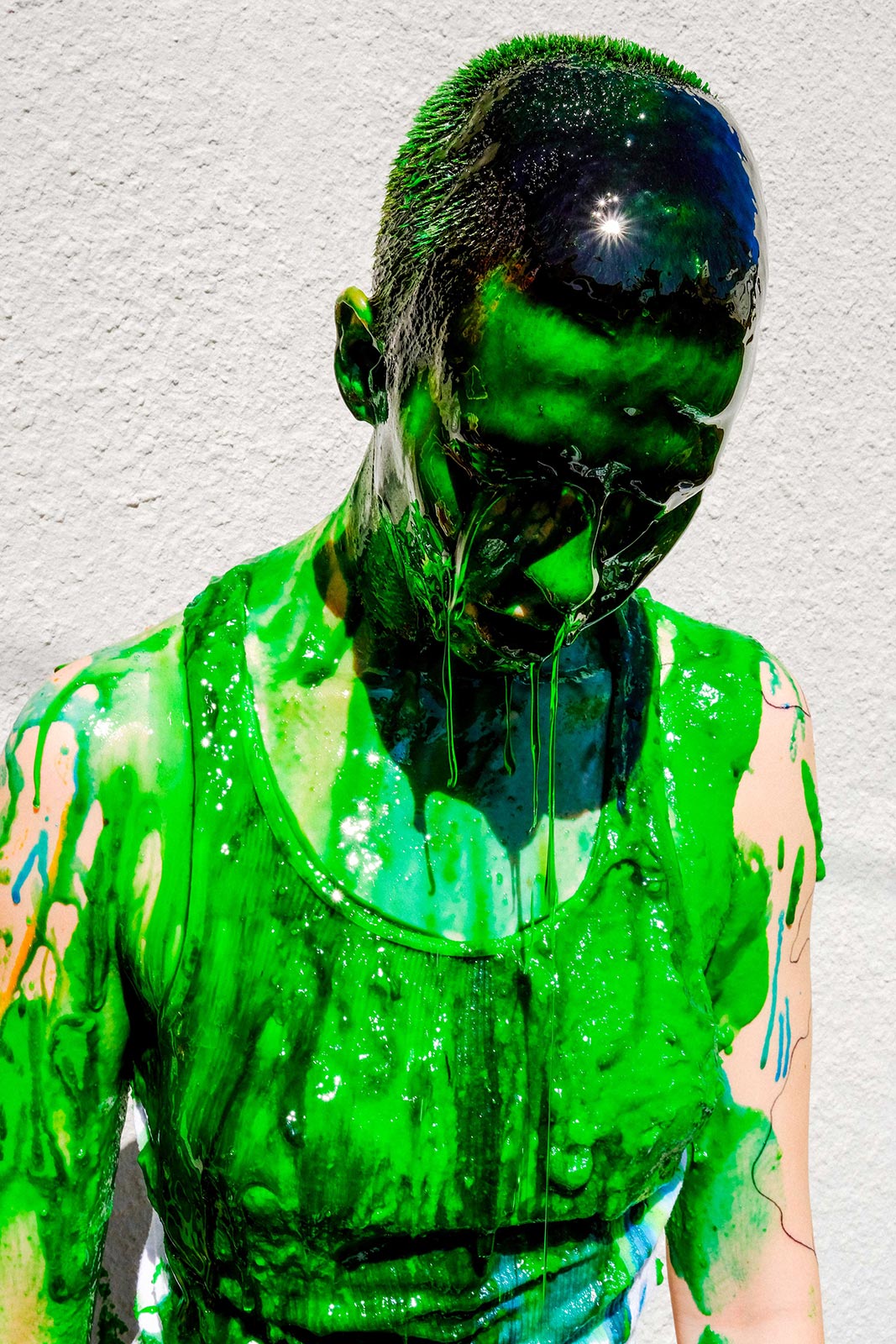 Steele: Fashion and culture are cyclical, as we all know. I feel like in the last few years we’ve been stuck in the middle of a 1990s reboot. Do you think that we’re transitioning out of that and into a nostalgic version of the early aughts? We’re about 20 years removed from that time now—is our music going to sound like it’s 2003? Are our clothes gonna become similar?

Madge: I think our trends have been going this way for the last 10 years, and yeah, we’re dressing like it’s the ’90s, but I think it’s also a time where there are elements of everything. With the internet, and internet culture, I don’t think any trends are linear or chronological at all. I think there’s some ’90s stuff happening, but bits of every other decade are in there too. If you look at music and fashion, there’s pastiche from the ’70s, trends from the ’80s. I think the aughts trends could come in soon, but it is all everything, all the time.

Steele: I wonder when tight pants are going to become fashionable again. I used to think I’d never wear loose pants, and that it looked so dumb, but now I find myself trying to wear the biggest pants ever.

Madge: Have you seen Love Island? Tight pants are still very in vogue over there.

Madge: Seasons four and five are my favorite; I’m on five right now.

Madge: I’ll tell you that my least favorite couple is Curtis and Amy. They’re annoying as hell, and anytime they’re on the screen I get frustrated. Just stop!

Steele: Has Maura come into the villa yet?

Madge: Yes, but don’t say anything yet. Don’t spoil anything!

Madge: Cheer. Love it. Speaks to me deeply. Love Island, obviously, and the X-Files.